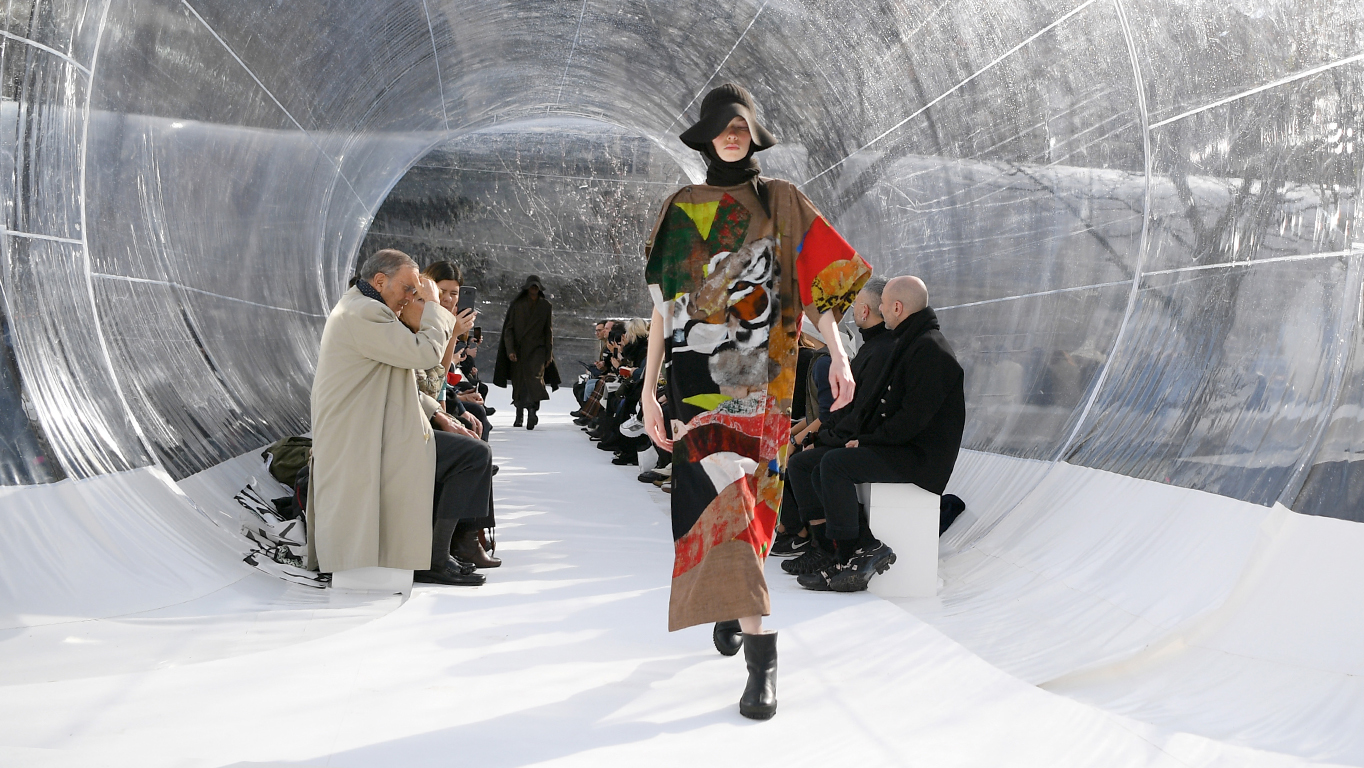 As a brand founded by a young Japanese man who travelled weeks by sea to explore a foreign French-speaking country he knew nothing about, Kenzo’s DNA certainly includes great enthusiasm and a nomadic spirit — characteristics that new creative director Felipe Oliveira Baptisto personally identifies with.

For his Kenzo debut recently presented at Paris Fashion Week, the Portuguese designer reminisced upon the memories of his own travels — whether it was a summer spent in the Azores as a child, his skydiving adventures or looking at a photo of his newlywed parents in Mozambique. These flashbacks inspired a collection, titled ‘Going Places’, dedicated to the wanderers of life.

Aesthetic updates to the brand are apparent even at first glance: The vibrant, playful, 90s-inspired vibe developed by his predecessors has been dismissed, replaced by a new aesthetic that speaks the language of minimalism and urban elegance. Delightful colours remain, but in much softer shades having drawn from natural sceneries we encounter in our travels. Even camouflage prints are actually a trompe l’oeil of roses, lending a poetic touch to the travel story.

For a wardrobe on-the-go, maximum versatility and functionality are key requirements, and Baptisto made sure many of his debut creations are transformable, including reversible coats that are monochrome on one side and feature bold prints on the other, as well as parkas that can be spread out like wings. Meanwhile, the tiger, one of Kenzo’s signature motifs, has undergone a different type of transformation, appearing in painterly brushstrokes and artful collages alongside colour blocks and roses on ponchos and cape dresses. This was an idea inspired by the works of Julio Pomar (1926-2018), a Paris-based Lisboetan painter who is considered one of the greatest figures of Portuguese 20th century art. These dresses, too, can be transformed and expanded with their armature of buttons and zippers.

Such utilitarian flair continues to travel through the collection and into the accessories. The unity pocket belt bags in smooth leather, for example, are found layered over slender, multilayered silhouettes in dark tonal shades, giving an image of an exotic nomad.

It’s quite a shift to the Kenzo we’ve come to know with this new dreamy, poetic approach, but it’s certainly a promising start, and we look forward to discovering more of Baptisto’s new vision for Kenzo in upcoming seasons.

Watch the video below for a full look at Kenzo’s Fall/Winter 2020 collection.