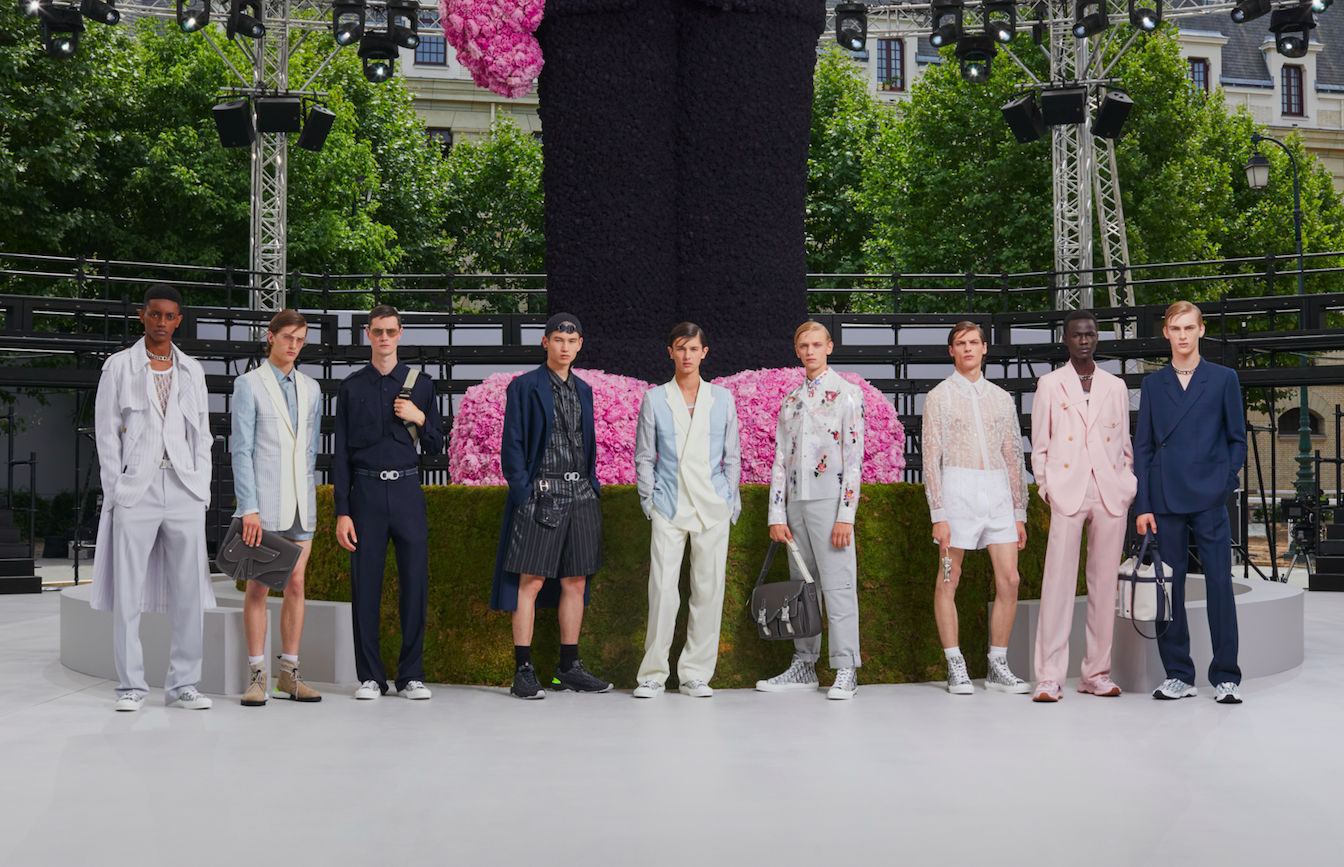 The crowd gasped in awe when Prince Nikolai of Denmark pranced down the runway — opening the show for Dior at Paris Fashion Week Men’s SS19.

“I’m half Danish and Mr. Dior always had that thing with royalty, and so I thought it would be nice to open with a prince – quite glamorous isn’t it?” mused Kim Jones, the new artistic director Dior Men who had certainly made his debut show a day to remember.

Reinterpreting the duality of Christian Dior – the monsieur’s private life and the fantasy in his creative output – the collection represented a dialogue between two sides of his personality. Inspired by the iconic archival looks of the House of Dior, the new collection for Dior Homme was festooned in jacquards, embroidered tulle and organza, soft leathers, hand-sewn florals with screen-printed silk, transparent vinyl and sheer sportswear organza as well as feathers, a direct tribute to Couture Savour-Faire.

Jones added: “We wanted to have very light touches so that it has an ease to it and makes it effortless.”

Floral motifs were also constant, echoing Mr. Dior’s love for nature and his ‘Femmes-Fleurs’. The leitmotifs were drawn from his personal collection of porcelain, which also inspired the colour palette. Soft underwhelming hues of blue, white and pale pink paid homage to the founder’s childhood home at Granville.

There is a certain intimacy that follows the collection even after it’s presentation last weekend. For Jones, it is a collection that translates “a quintessentially feminine couture identity into a masculine idiom”. We take a look at what went down the runway (with a scenography that highlighted Dior’s first collaboration with KAWS) and the standout pieces that are going to take the world of fashion tempest rage. 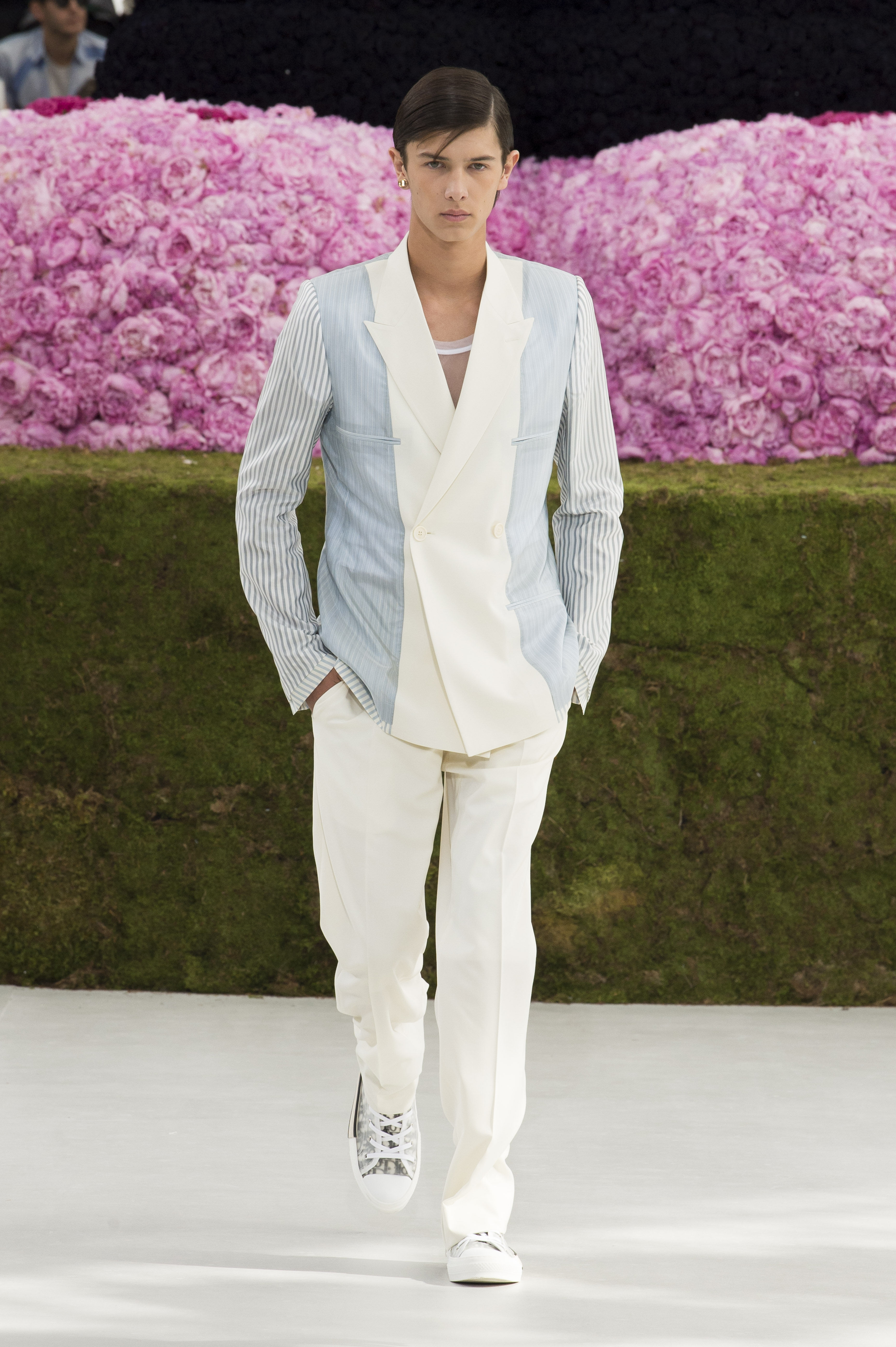 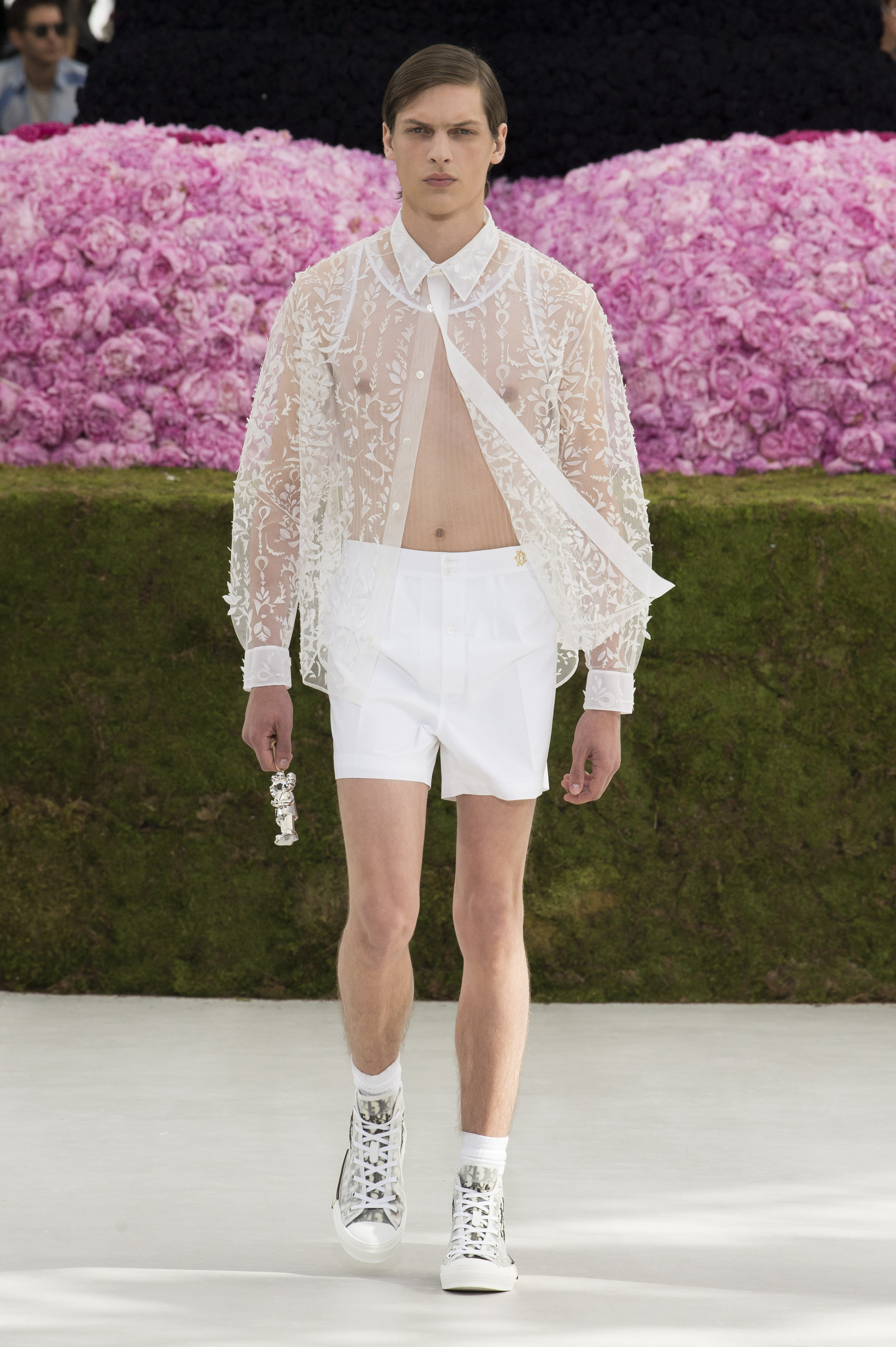 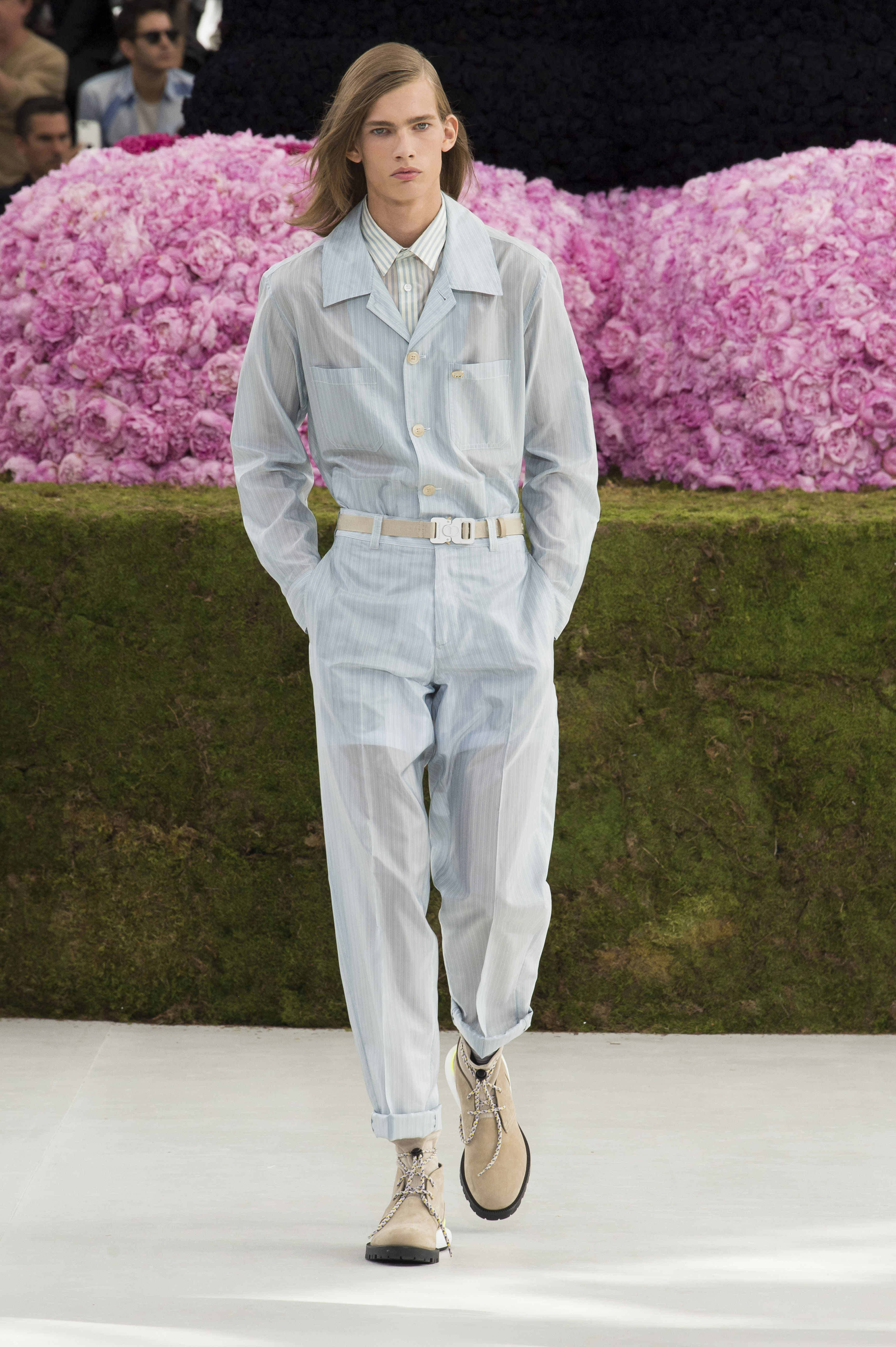 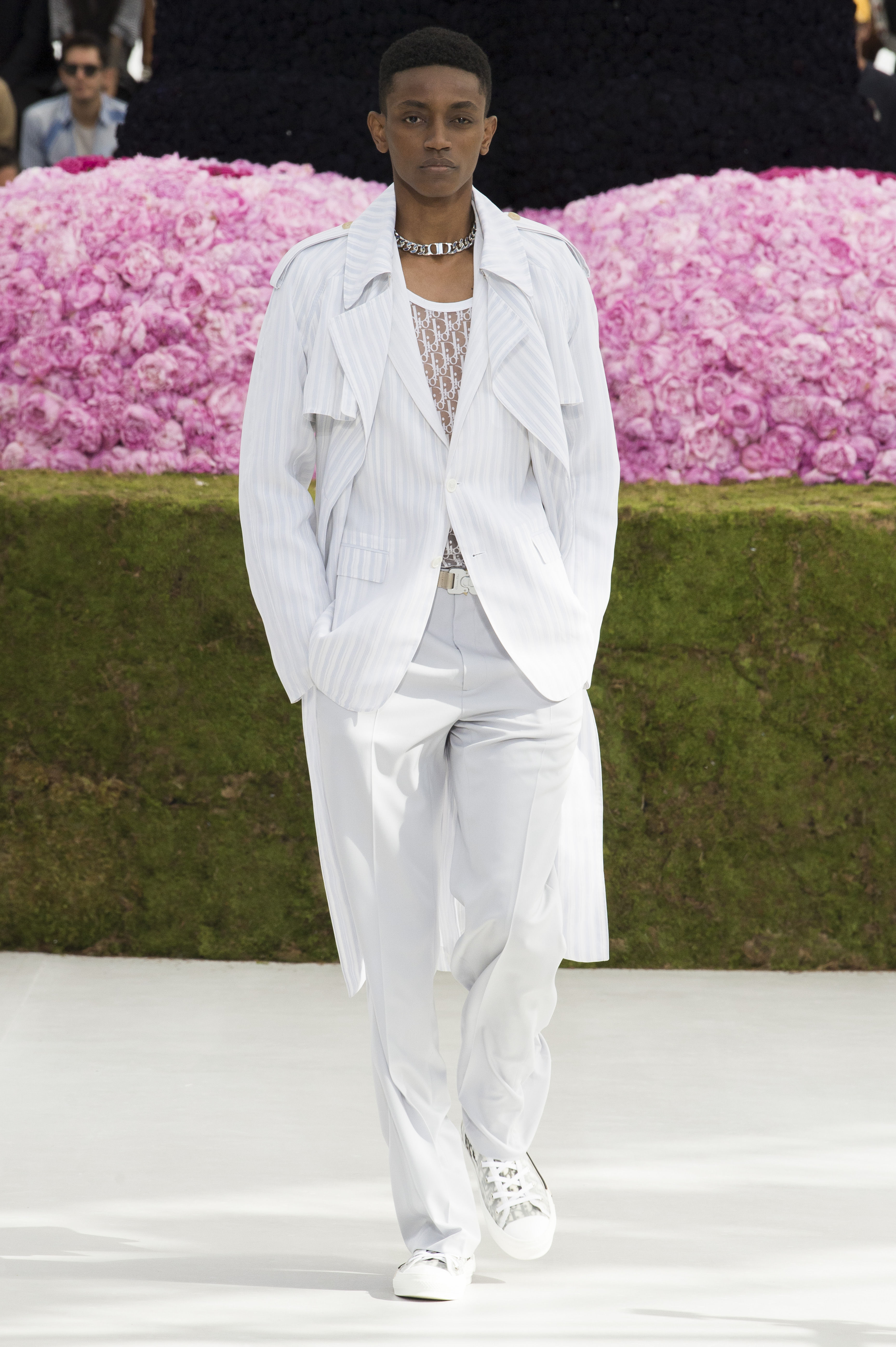 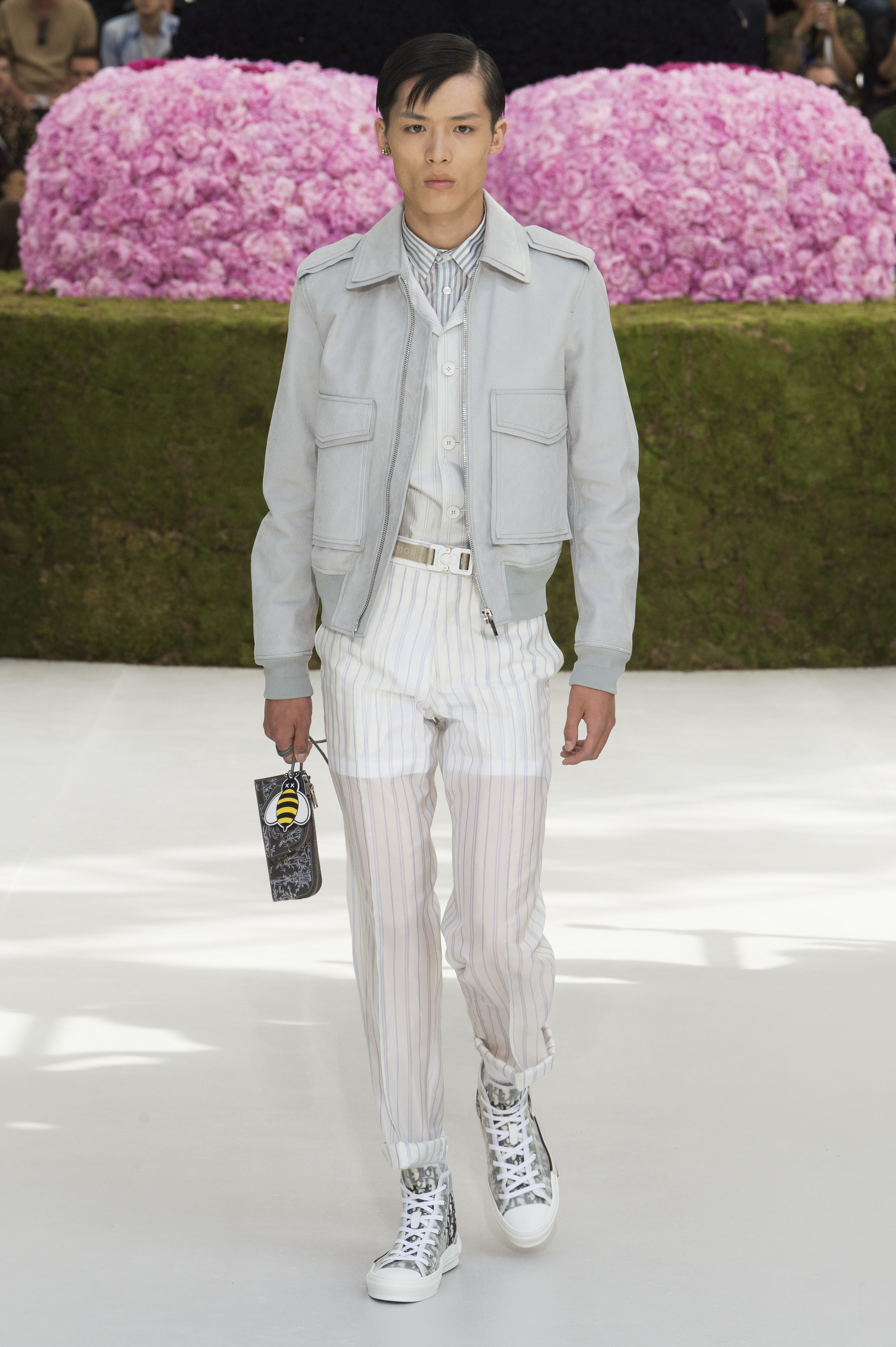 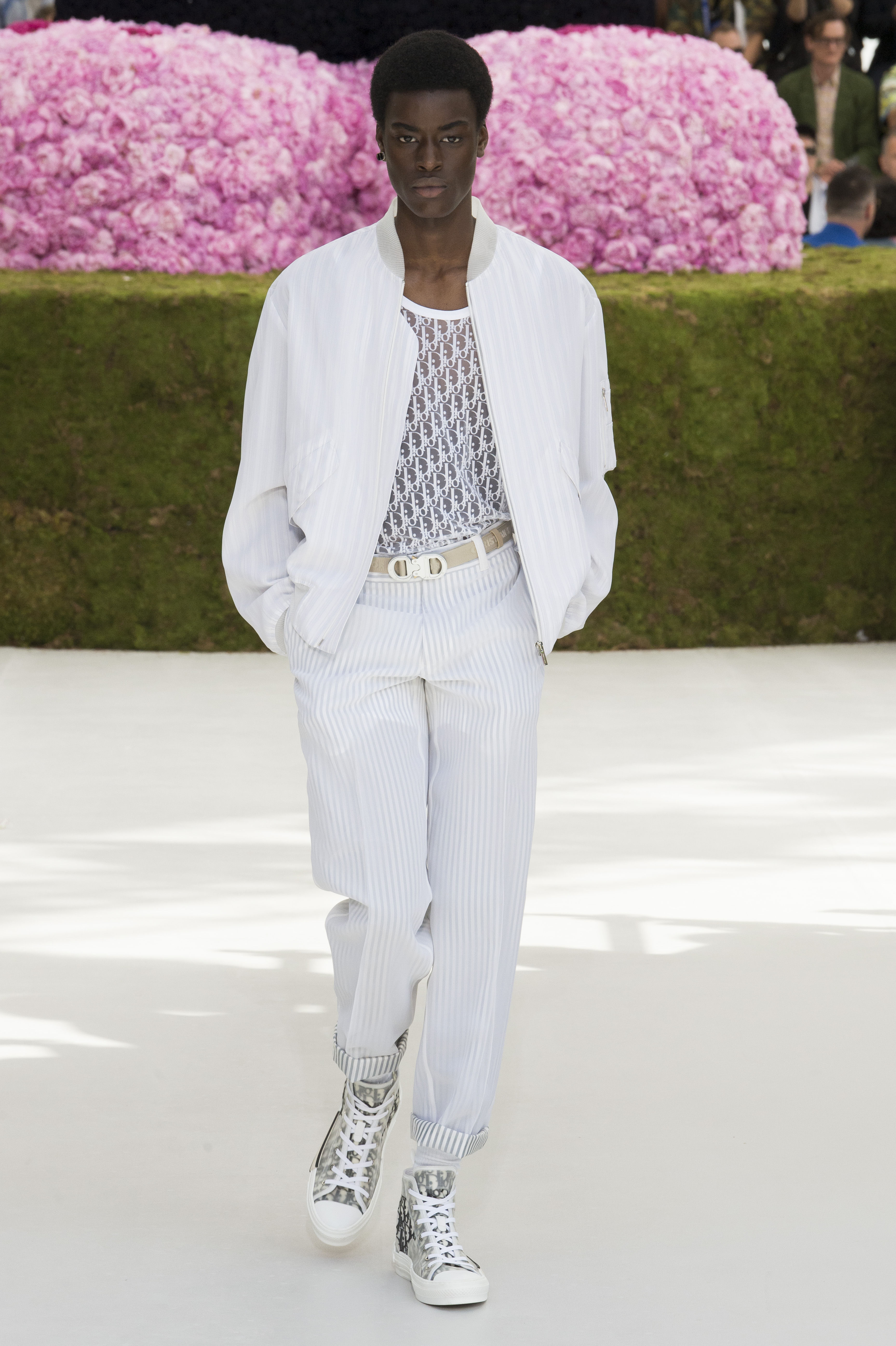 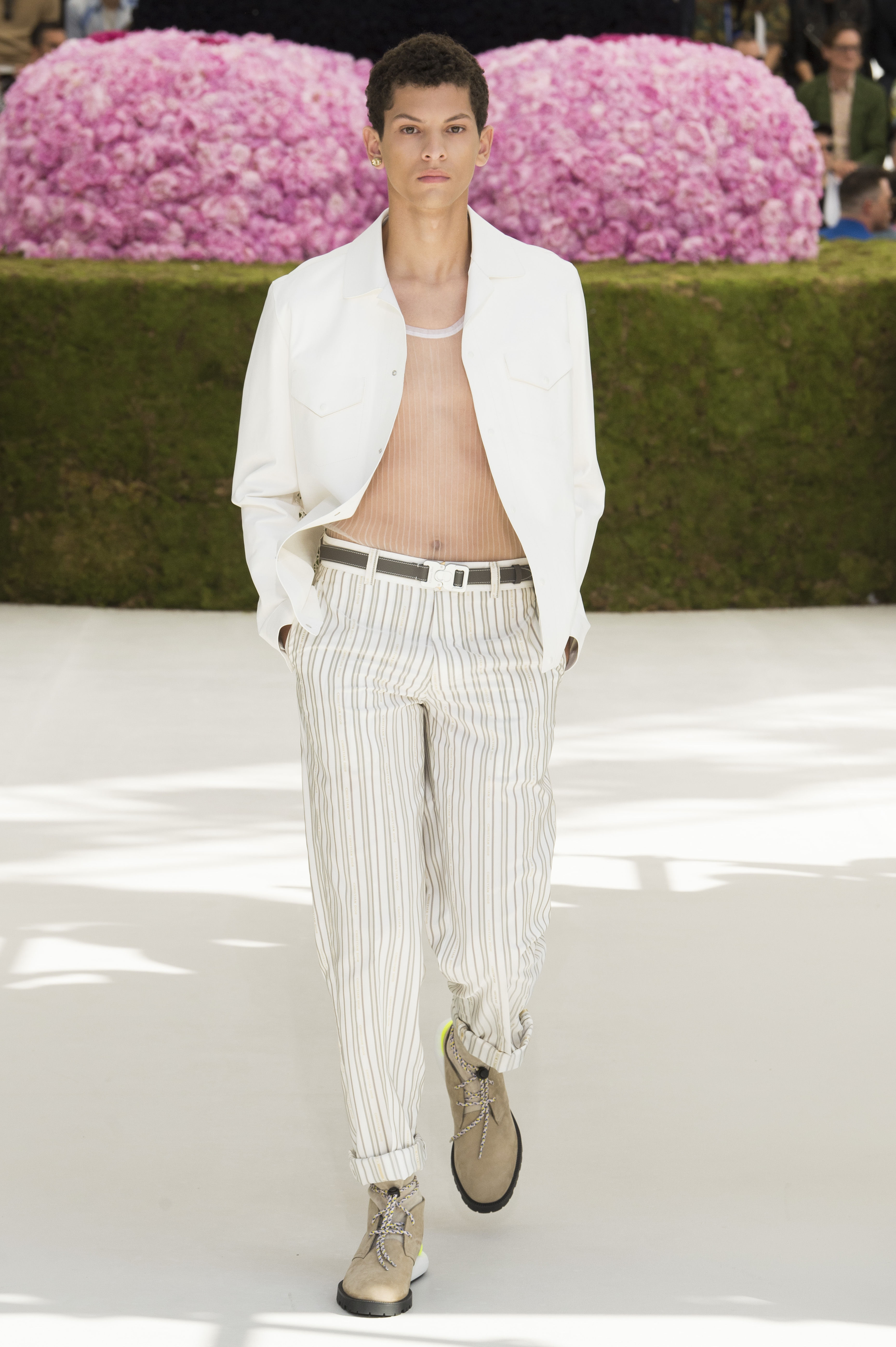 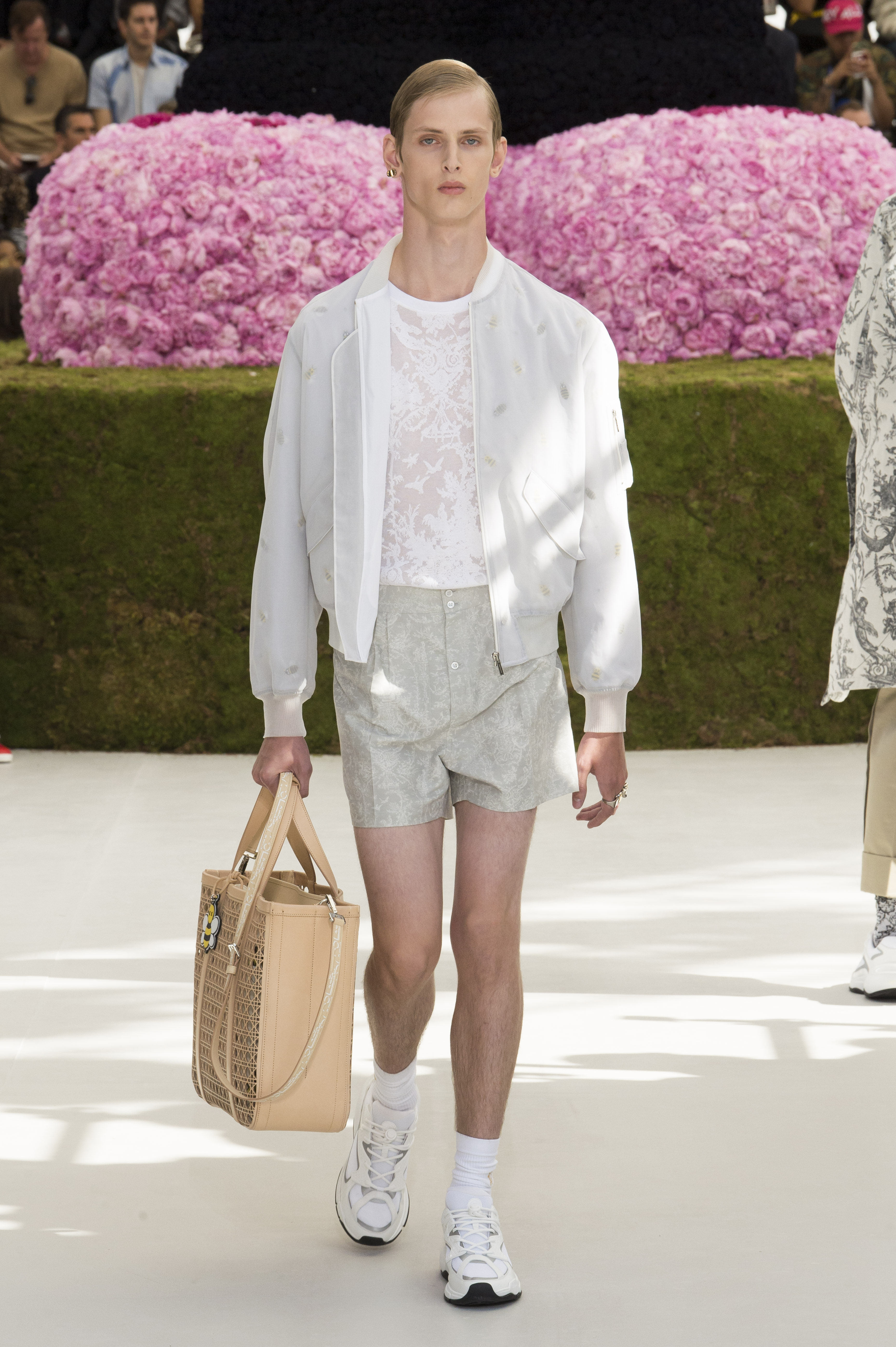 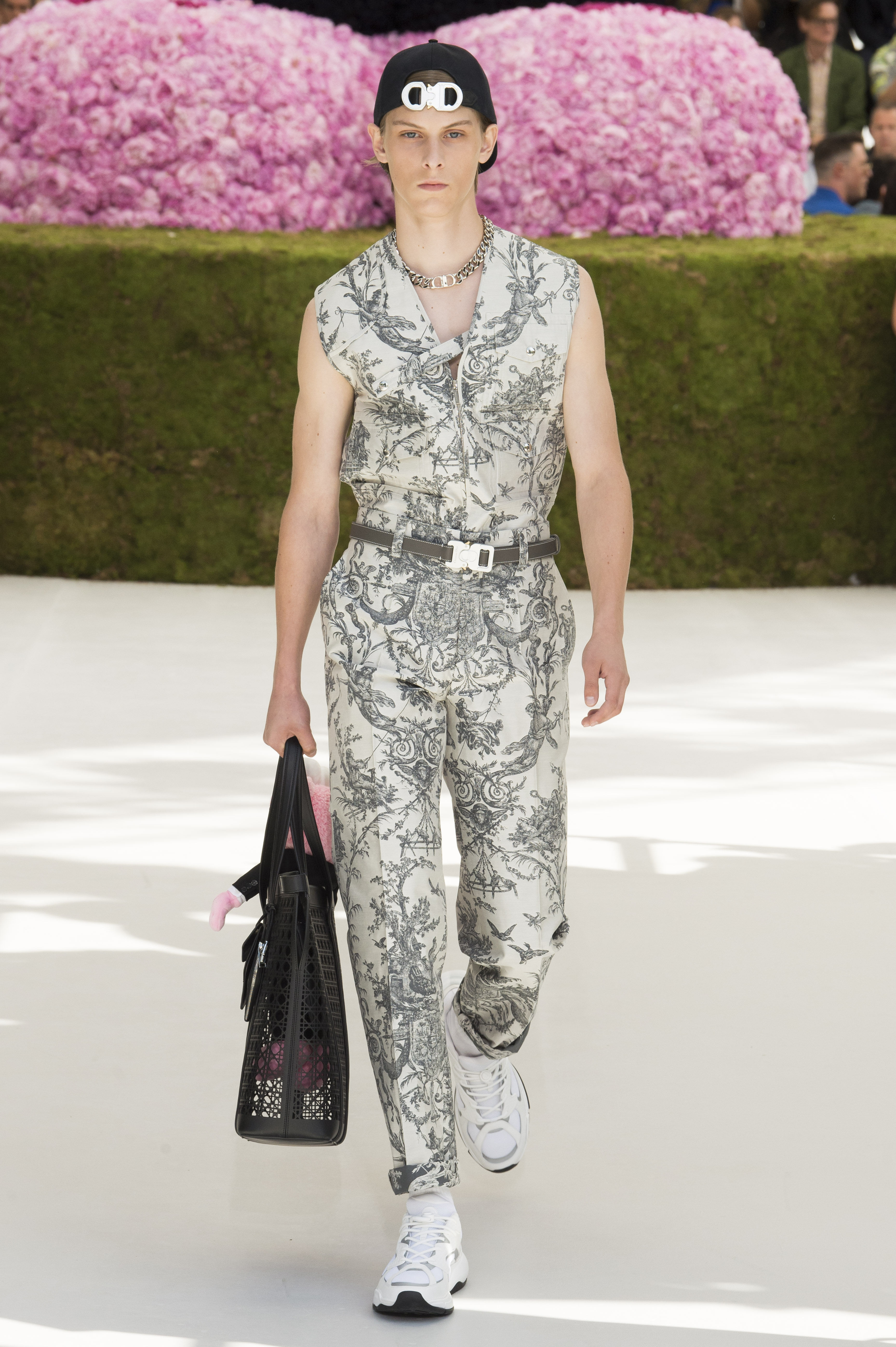 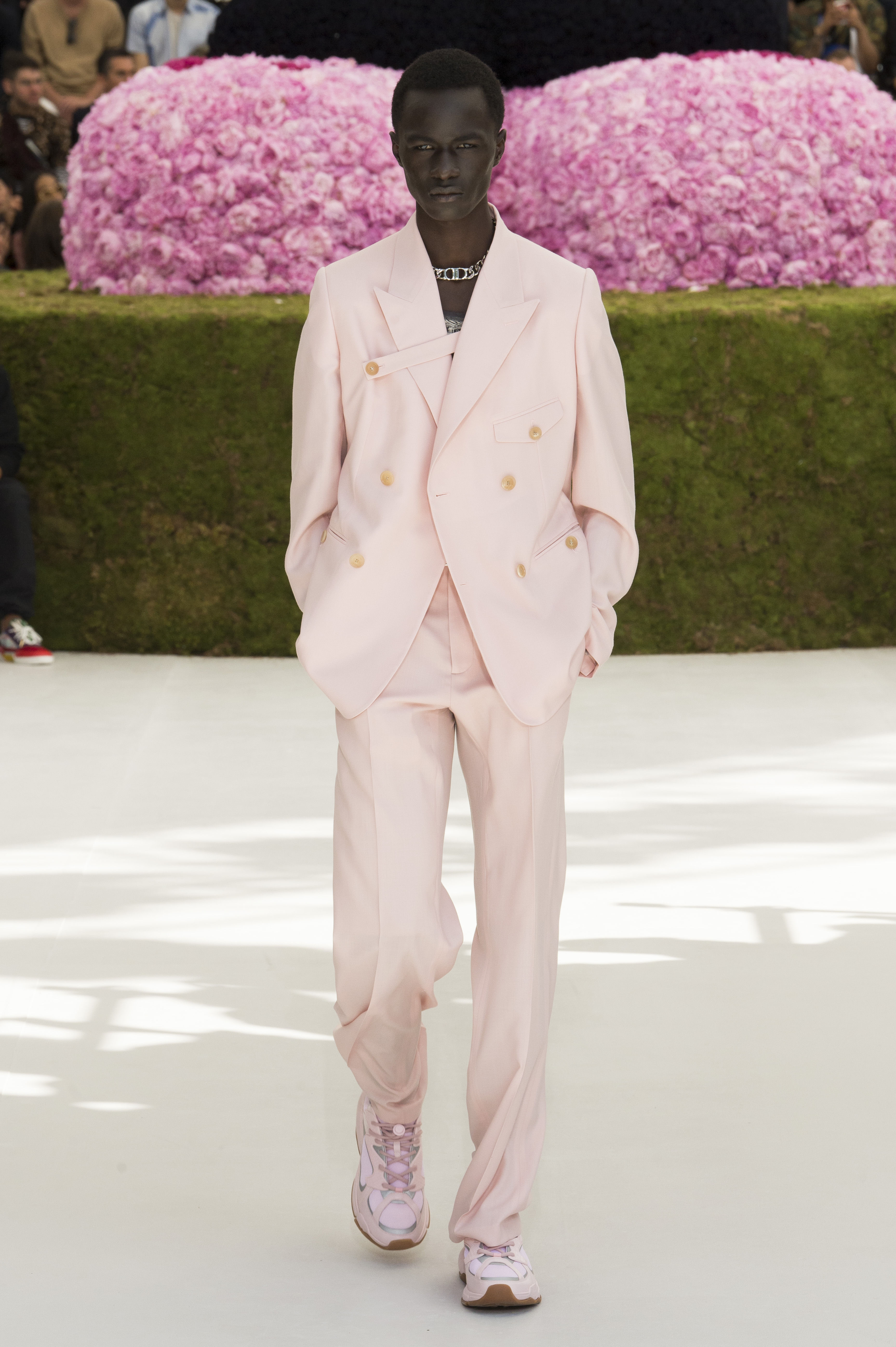 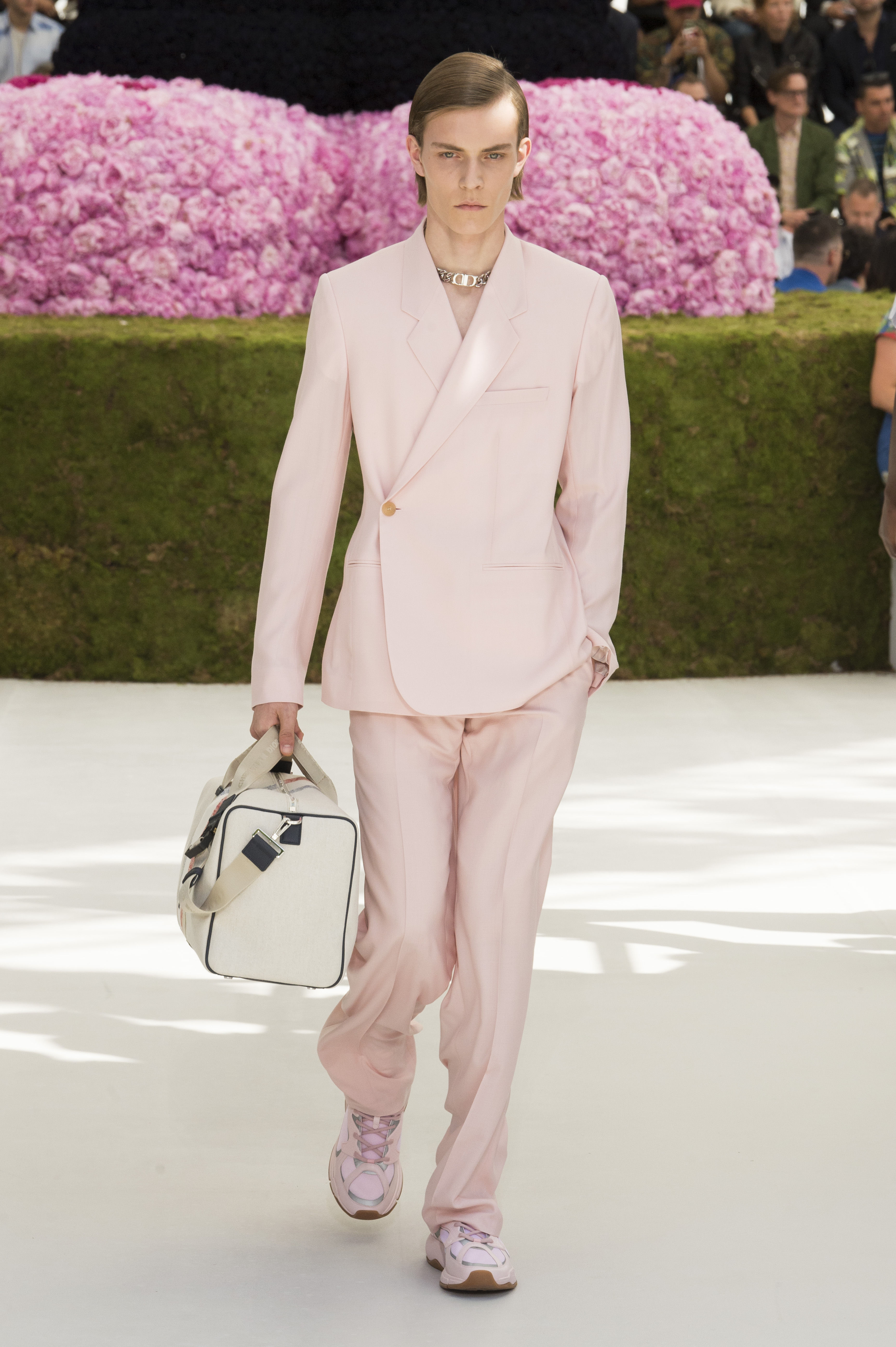 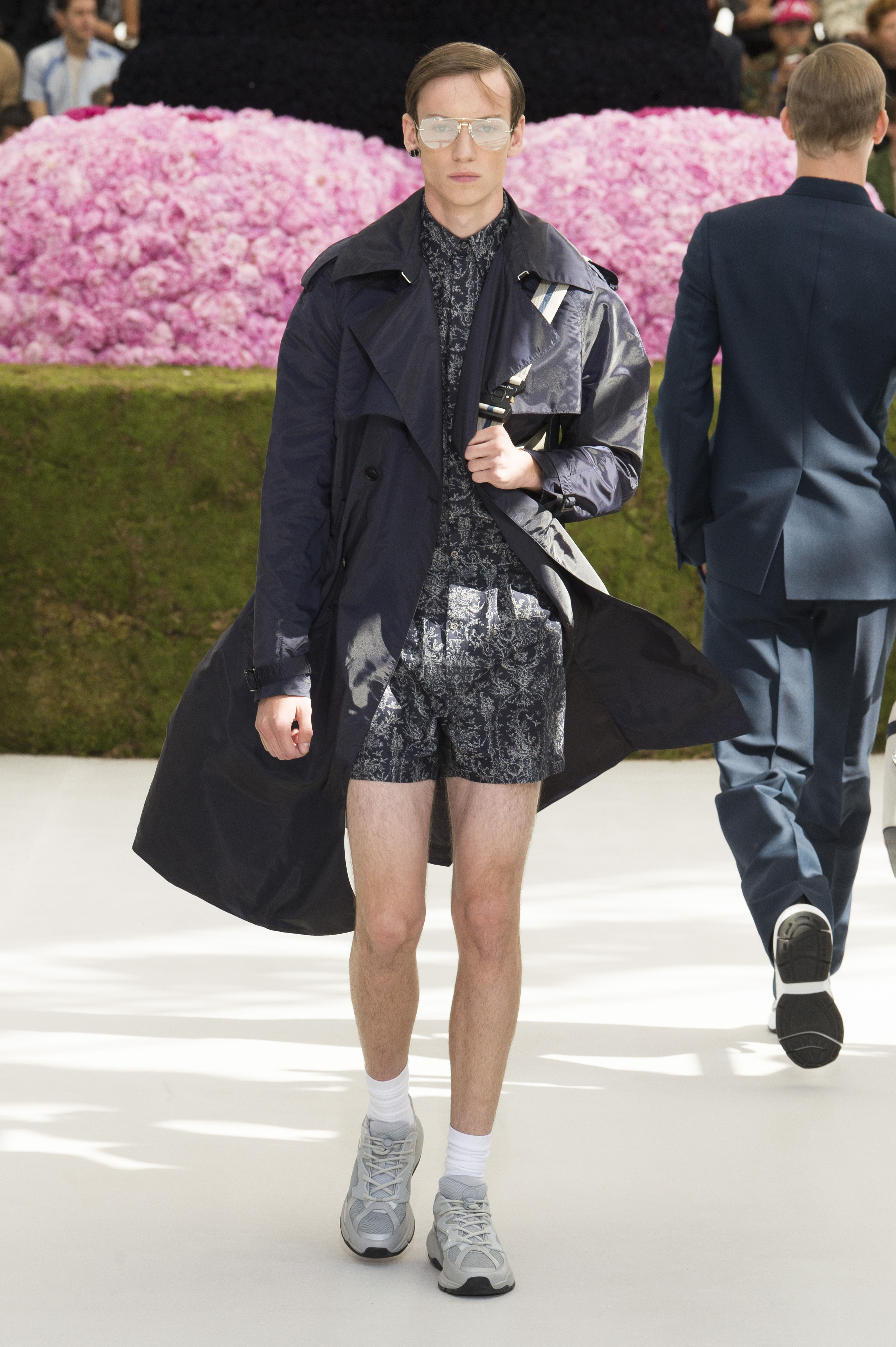 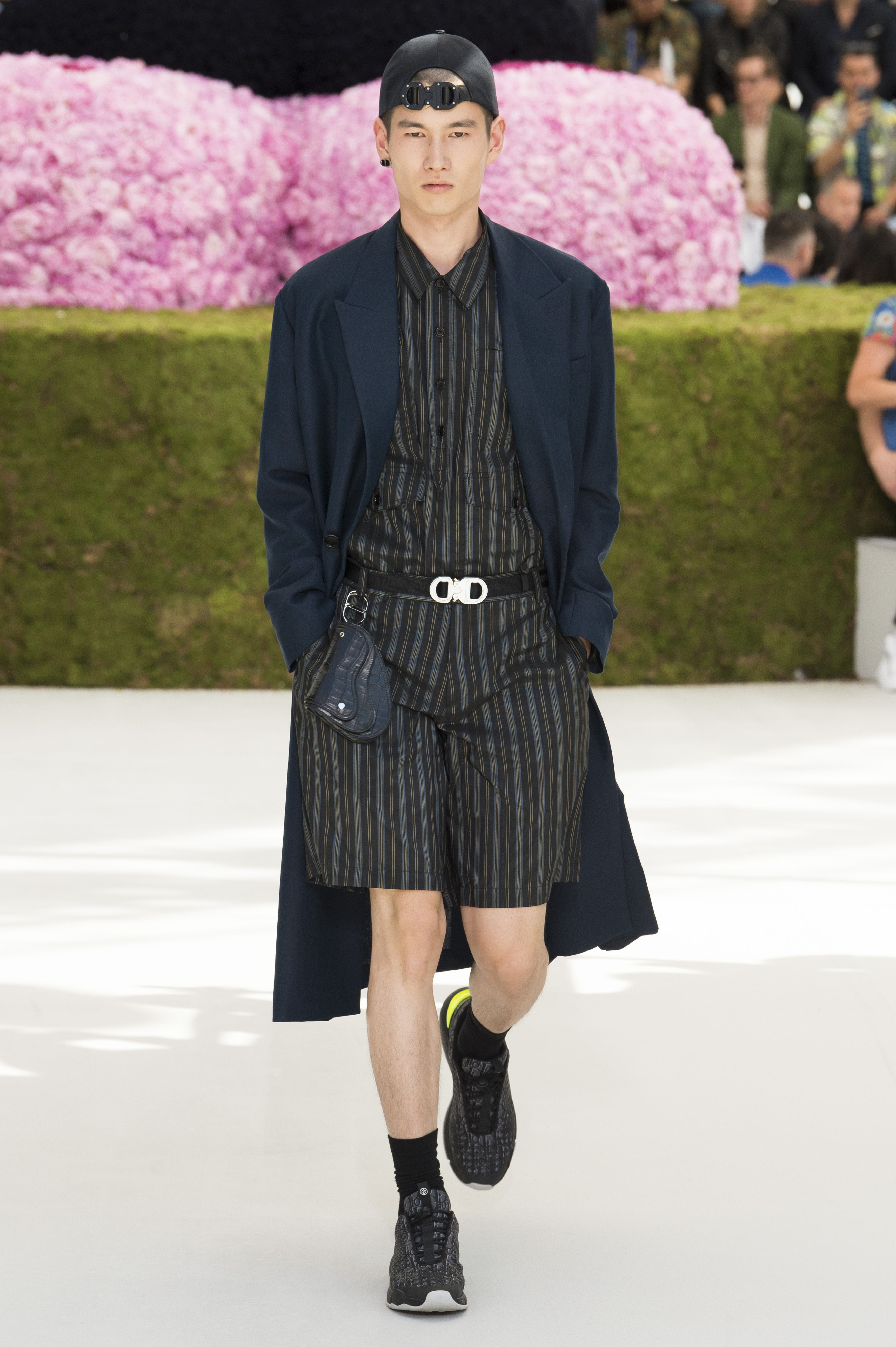 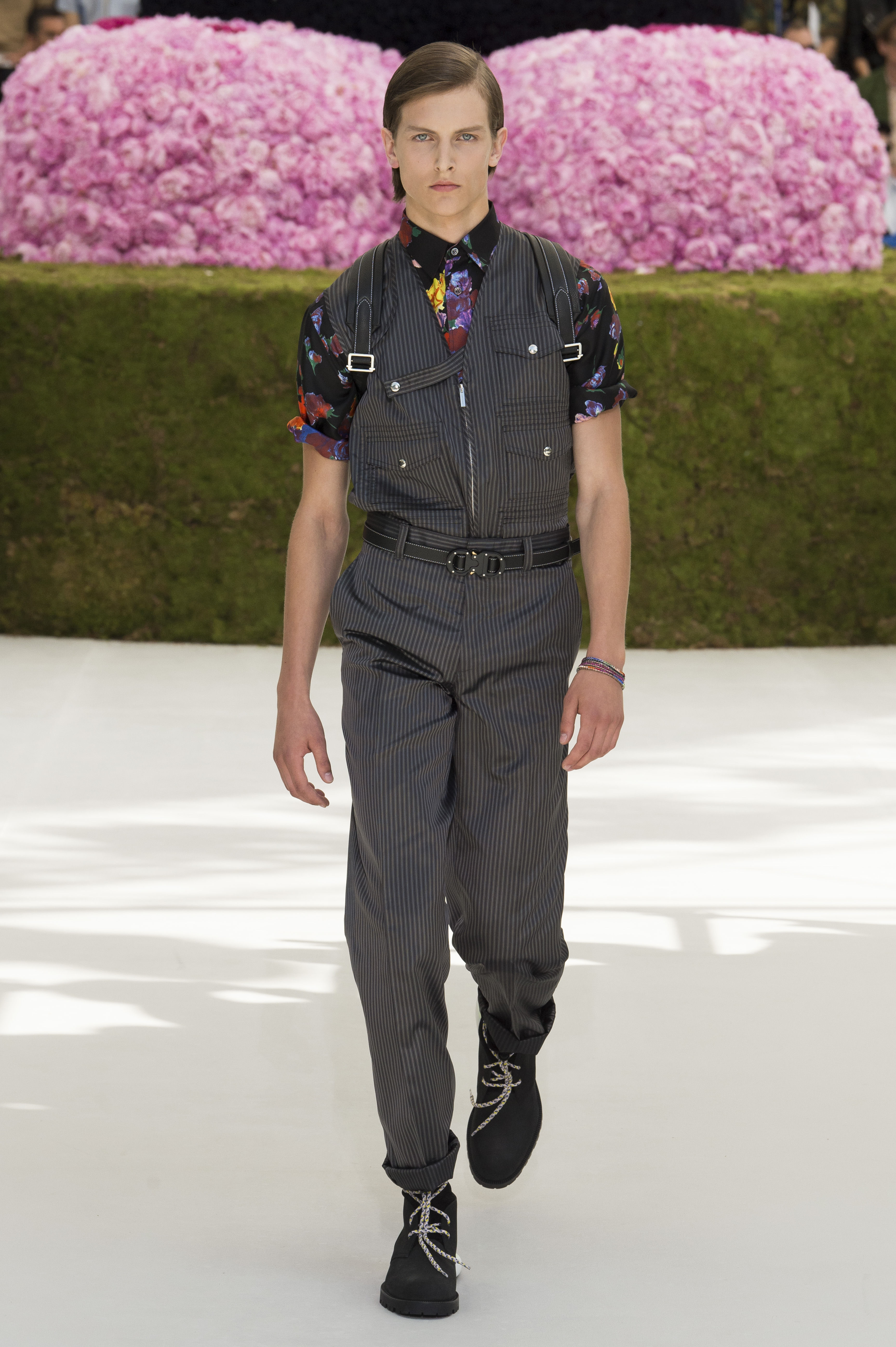 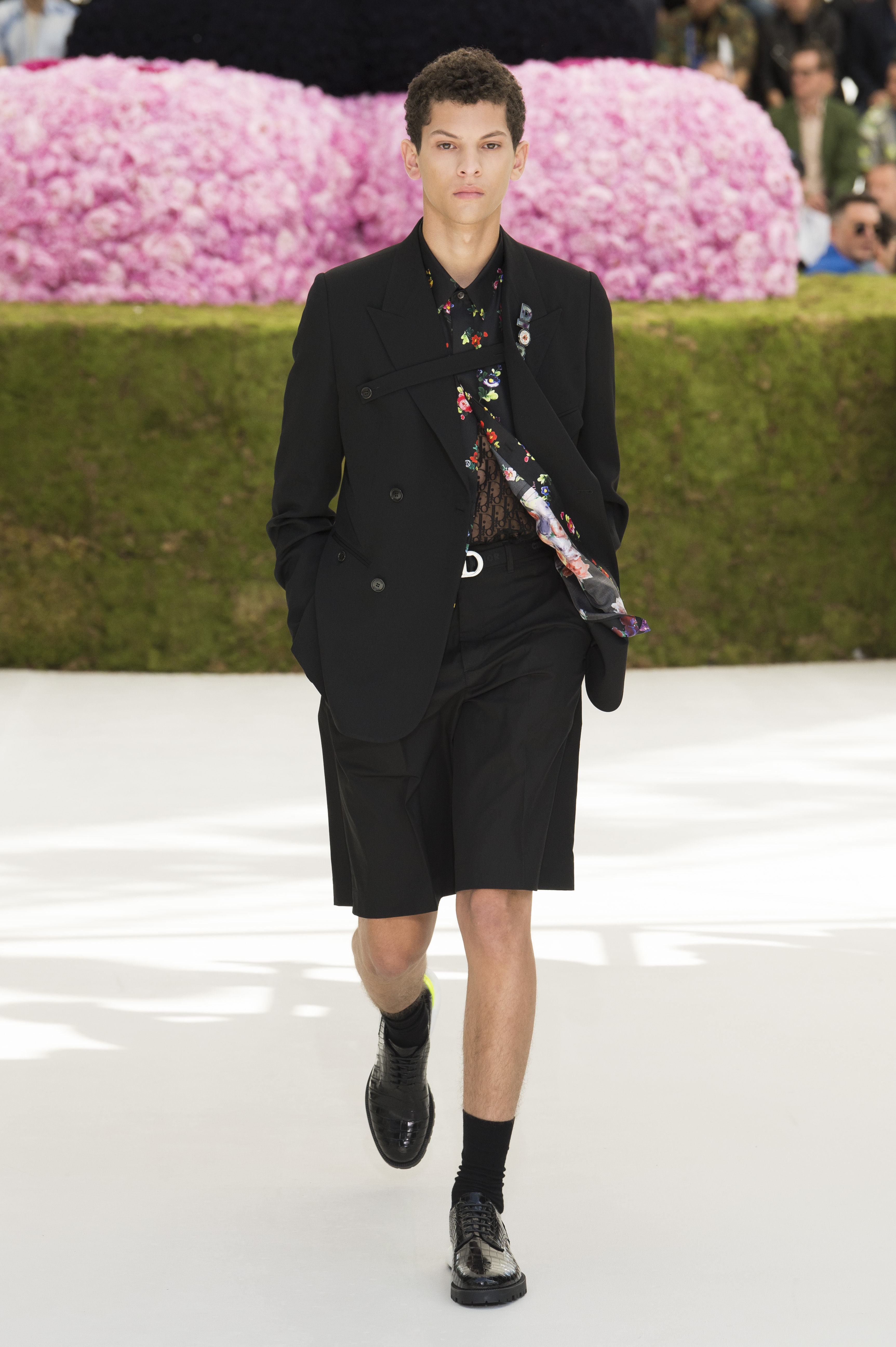 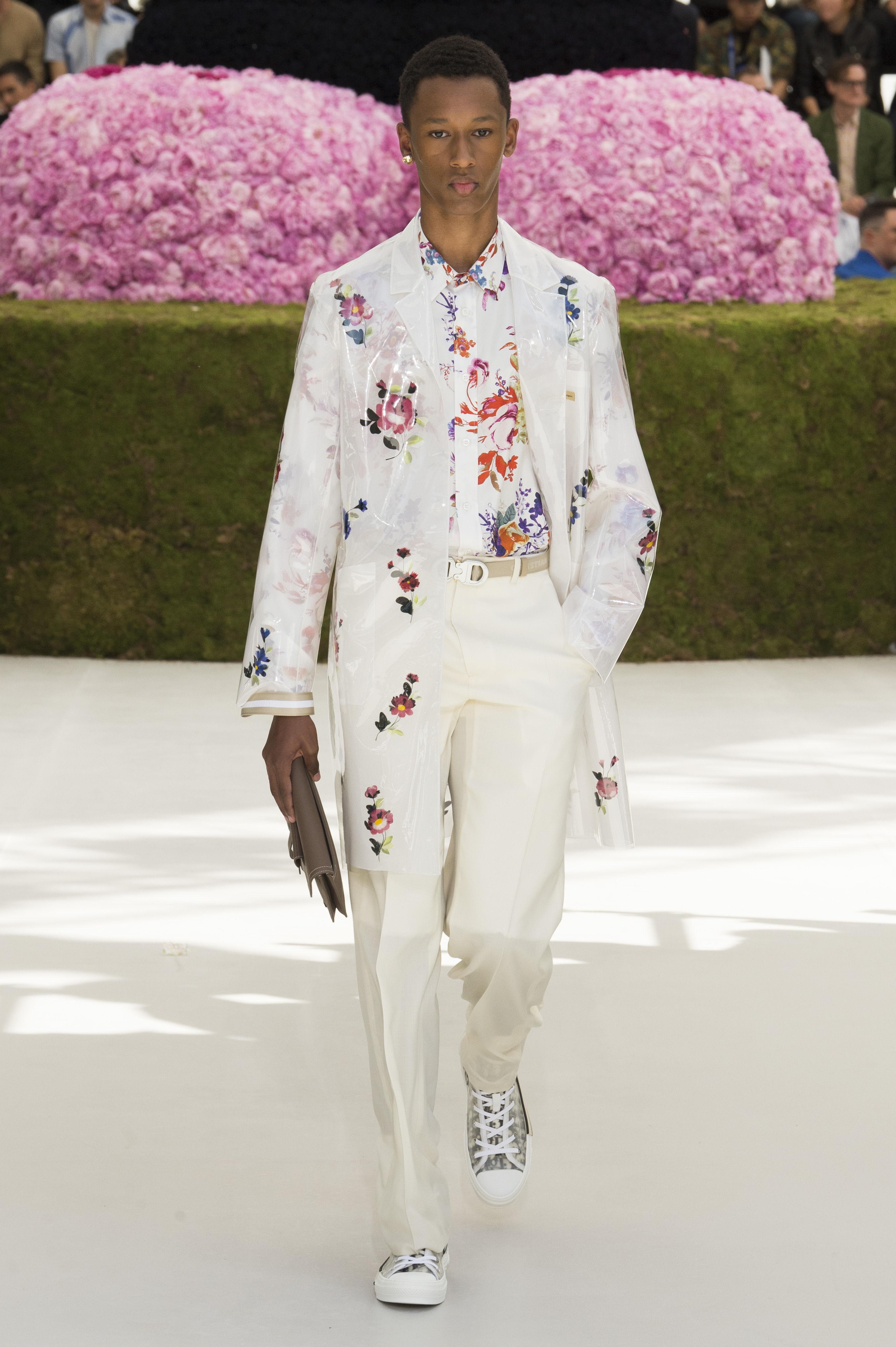 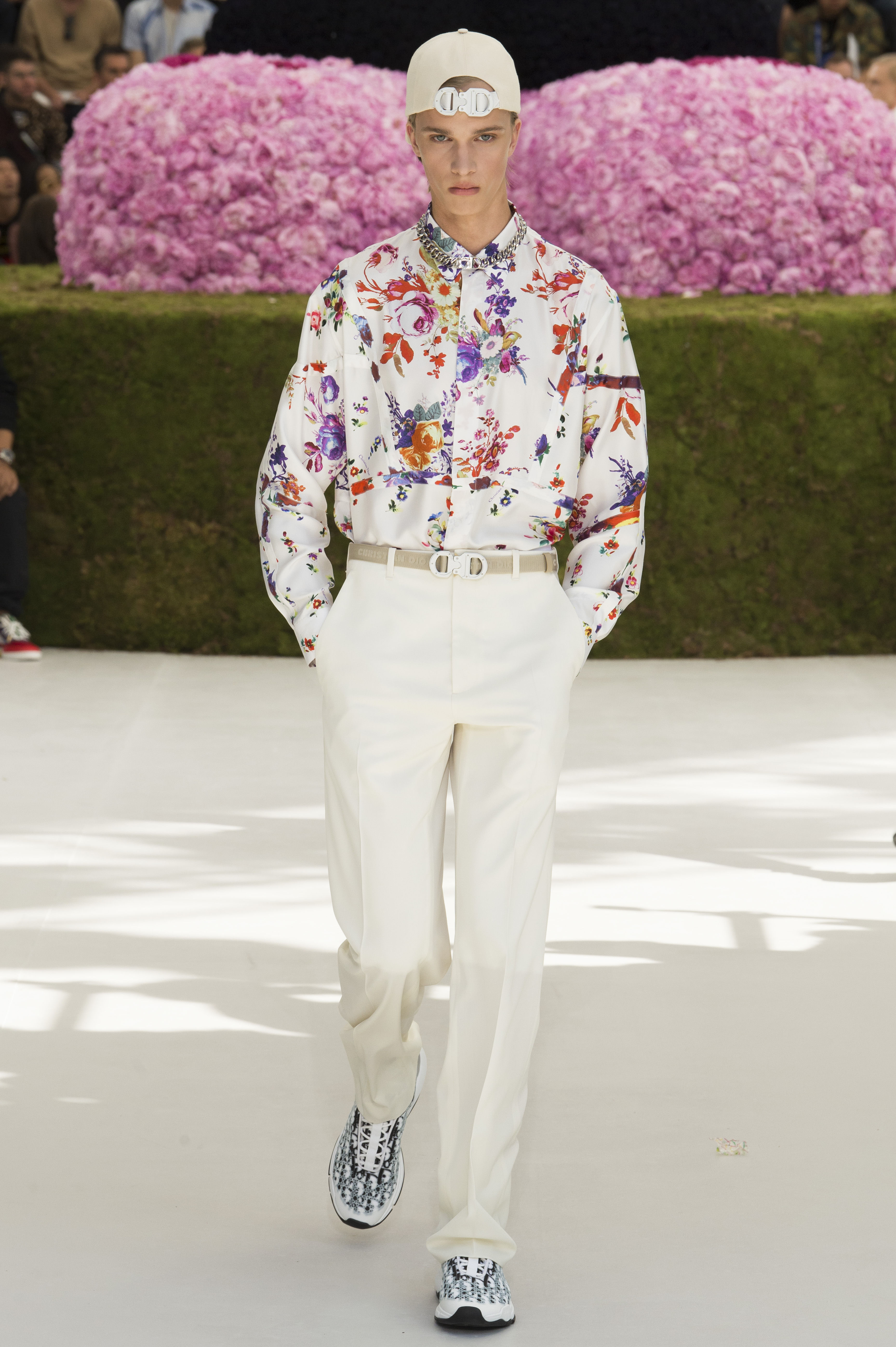 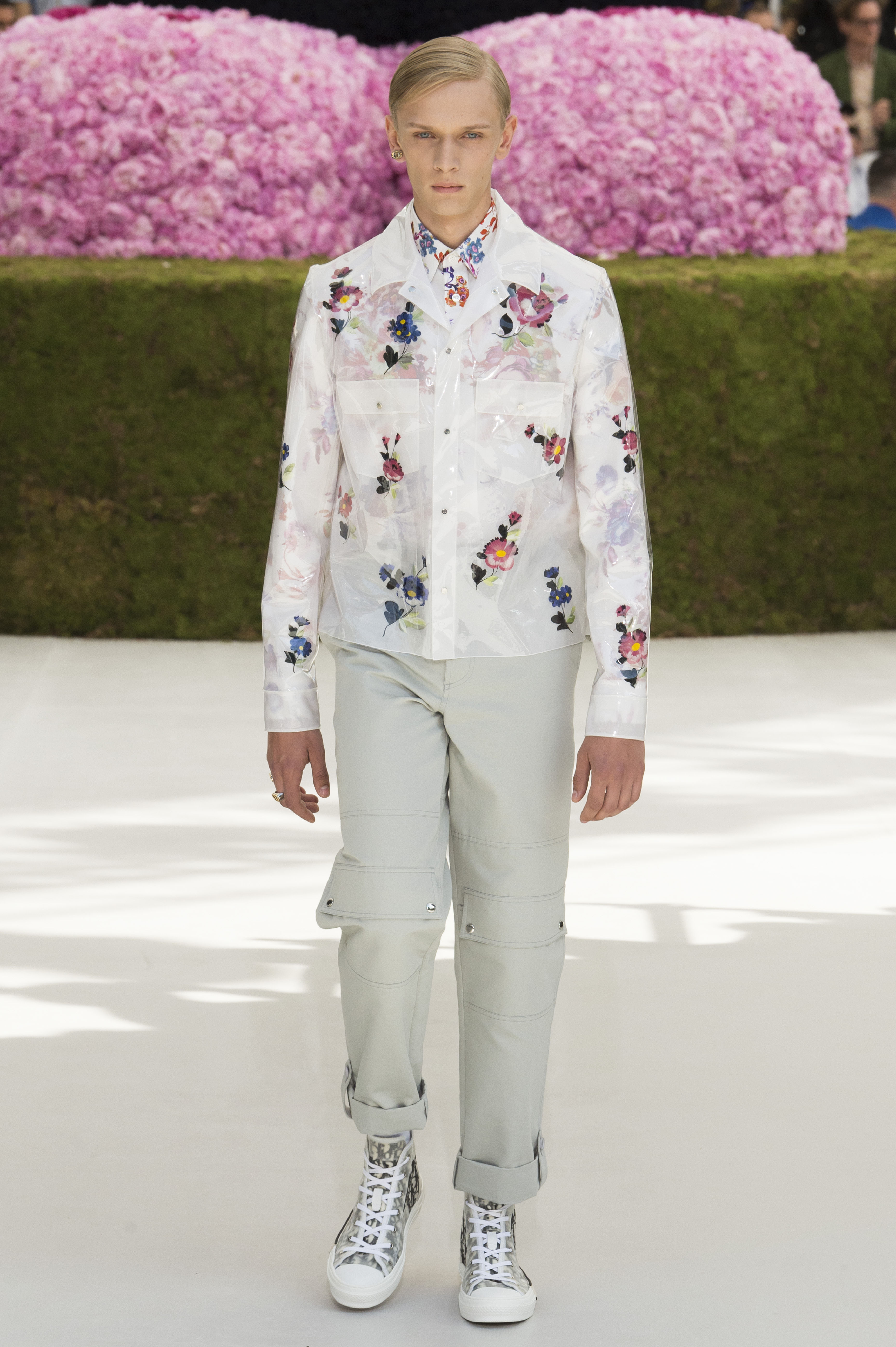 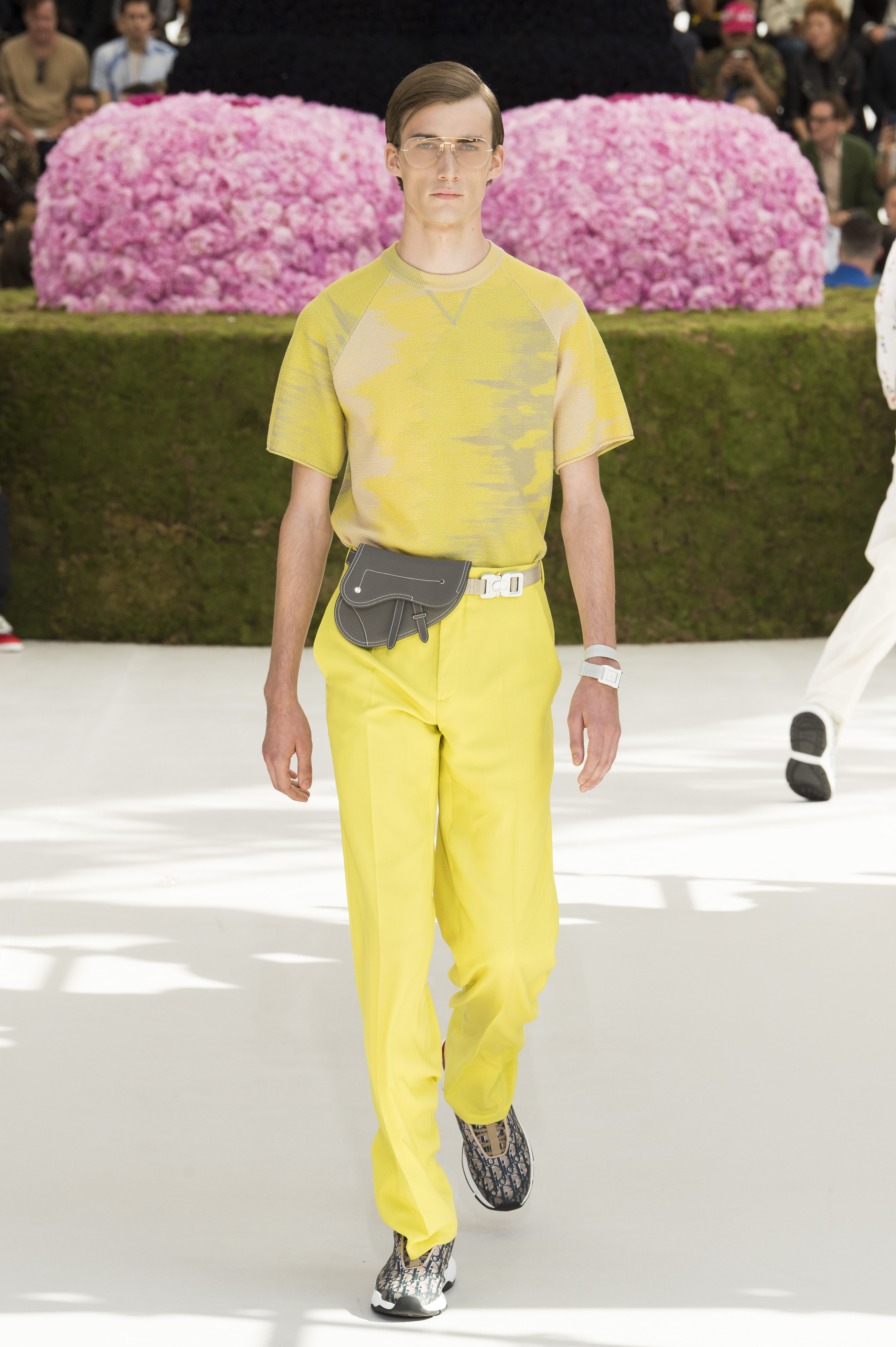 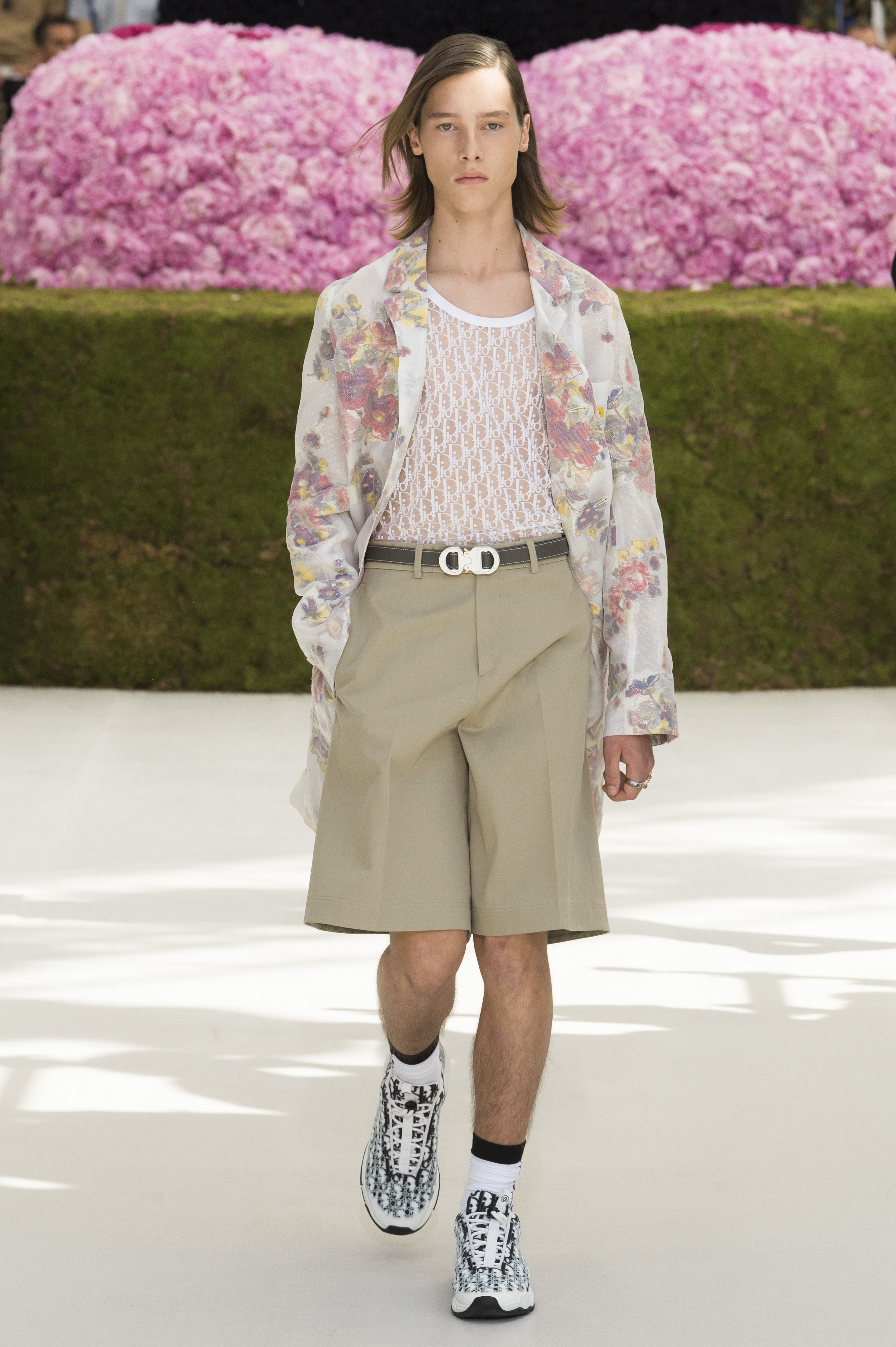 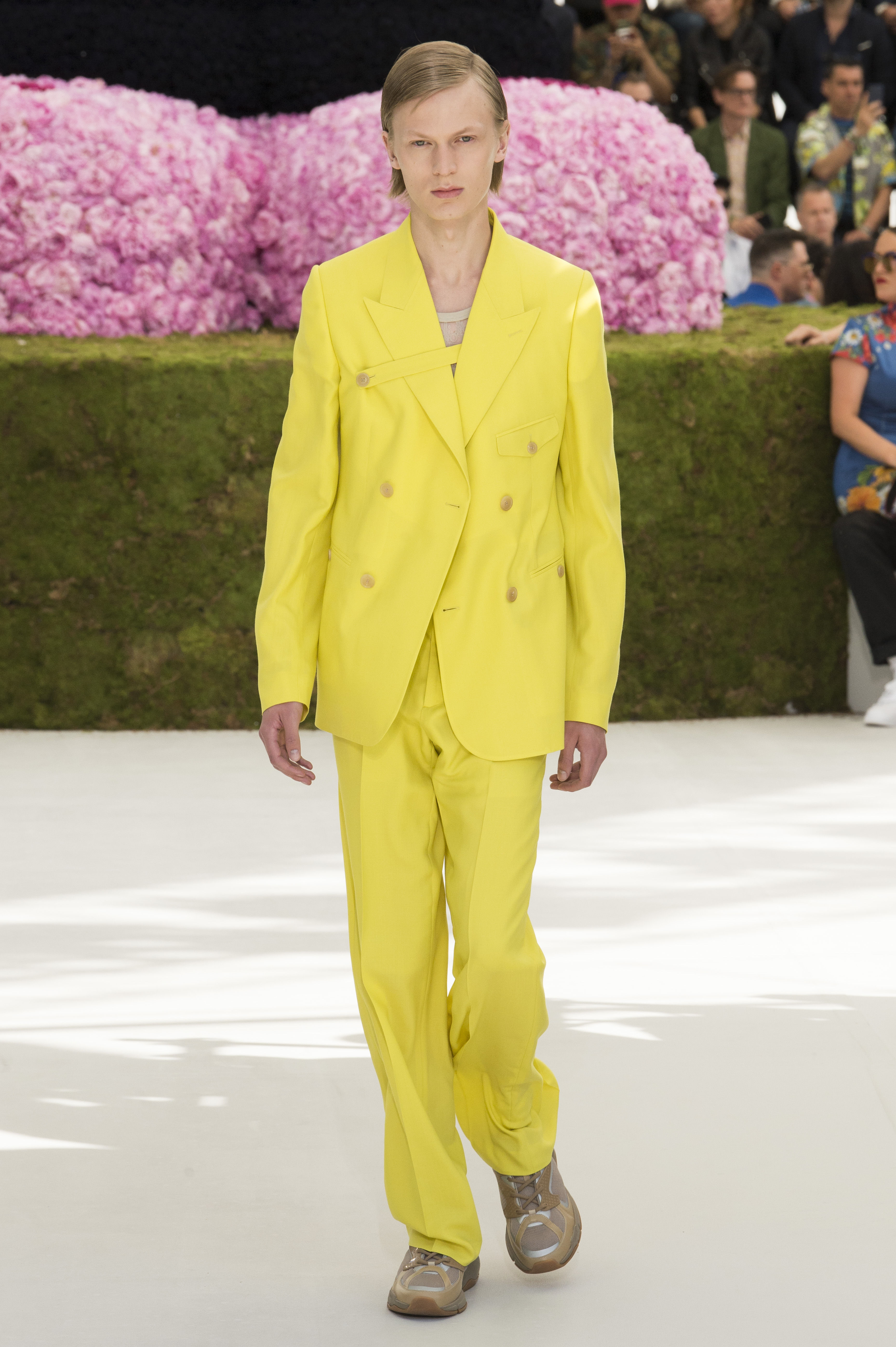 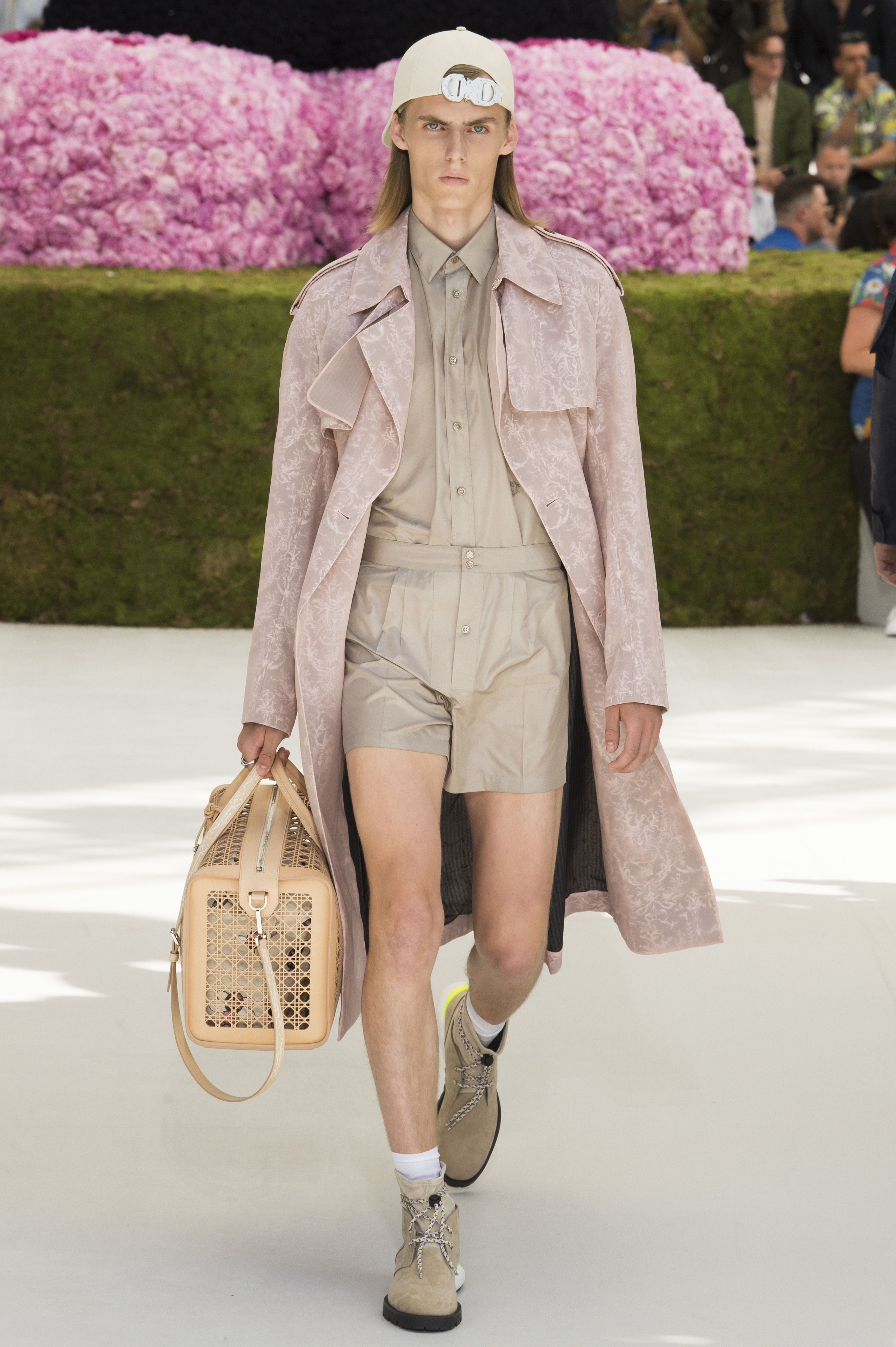 Dior Menswear Christian Dior Dior Homme Paris Fashion Week Kim Jones Spring 2019 Paris Fashion Week Men's SS19
Martin Teo
Editor
Martin has a bent for history and food culture, especially of the Peranakan heritage. Since the pandemic, he finds joy in plant parenting and continues to expand his collection of Philodendrons, Anthuriums, and Syngoniums. He's now on a lookout for the elusive Philodendron Florida Beauty to add to his urban garden.
Dining Living Style
Sign up for our newsletters to have the latest stories delivered straight to your inbox every week.