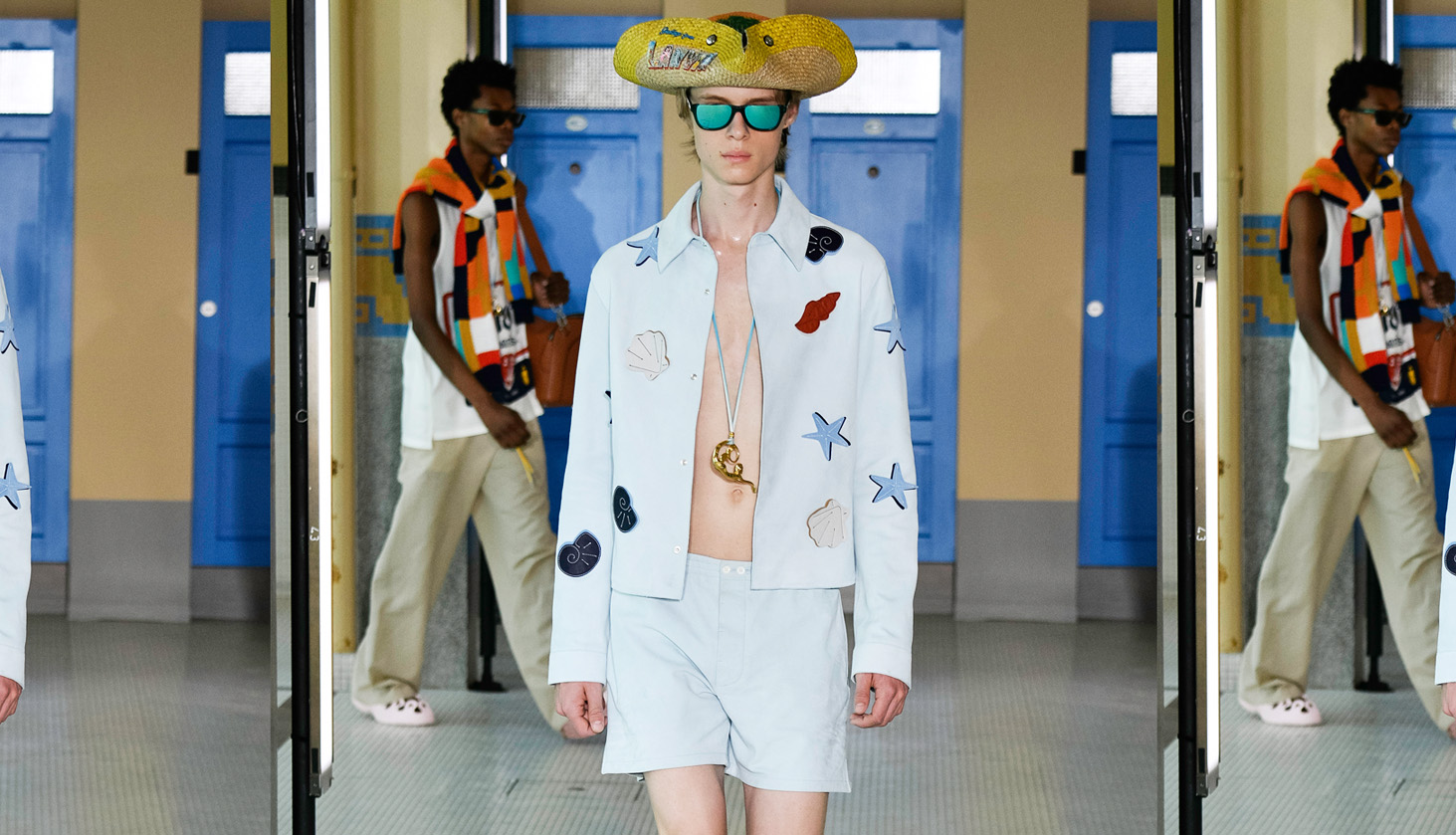 Following the shocking departure of Alber Elbaz — the legend who was the creative helm at Lanvin for 14 years — in 2015, the fashion house has spiralled somewhat into a creative crisis, with a number of short-lived appointments for creative directors within the last four years. Last year, Lucas Ossendrijver, who was the creative director for menswear for 14 years, also showed his final collection. Given the high amount of turnover, you can imagine why the entire industry has been nervous for Bruno Sialelli — Lanvin’s fourth designer in four years, who assumed the position in January and is responsible for creating collections for both men and women.

While Sialelli’s debut Fall/Winter 2019 womenswear collection didn’t quite get the feedback one would hope for, his first menswear collection for the Spring/Summer 2020 season, recently presented at Men’s Fashion Week, has taken quite a delightful turn. Envisioning the perfect summer holiday, the designer came up with a maritime-inspired collection, inviting an elite crowd of fashion insiders to the three-storied Pailleron sports centre in Paris, where they sat around an Olympic-sized swimming pool enjoying refreshing iced peach teas while the fashion show took place.

Titled ‘Plein Soleil’ (which translates to ‘Full Sun’ in English), the collection is all about the sensual and indolent days of summer — one that’s filled with southbound cruises (think Taormina, Capri and the Greek islands), along with explosions of bright colours and eclectic details.

“It’s a collection about holidays and travel—really my idea of the summer holidays and a utopia of the summer,” Sialelli explained to Vogue. In another interview, Sialelli also stated how travel is incorporated into the DNA of the brand, saying “[founder] Jeanne Lanvin got a lot of her inspiration from the trips she [took] — fabrics and things.”

In promoting gender fluidity and diversity, there were 45 menswear looks and also 15 womenswear looks in the collection, each imbued with touches of ’50s and ’70s influences. The overall designs came across as both charming and youthful, with examples such as silk cardigans or oiled short coats paired with boy scout cotton shorts and gladiator shoes, as well as cargo pants and cross jackets with oversized sailor collars.

In addition to the recurring palates of ochres, oranges, tobaccos and yellows inspired by the sun and sand, an array of beautiful blue hues ran through the collection, which not only echoed the colours of the sky and sea, but were also in reference to one of the historical shades of the house spotted from the works of Jeanne Lanvin. There were also tunics and bags in playful XXL nautical pennants, each subtly embellished with the JL initials and daisies that were once the emblems of the house.

In addition to colours and logos, Sialelli also looked to the archives for outerwear tailoring, and came up with a blue wool gazar duffle coat inspired by Jeanne Lanvin’s couture opera coats. Suits, meanwhile, were offered with options of striped seersucker print and all-over sequinned, adding a touch of effortless glamour to the collection. Watch the video below for a look at the full collection.