Home > Style > Fashion > Legacy of Style: Christian Dior, the legend who revolutionised fashion in every way 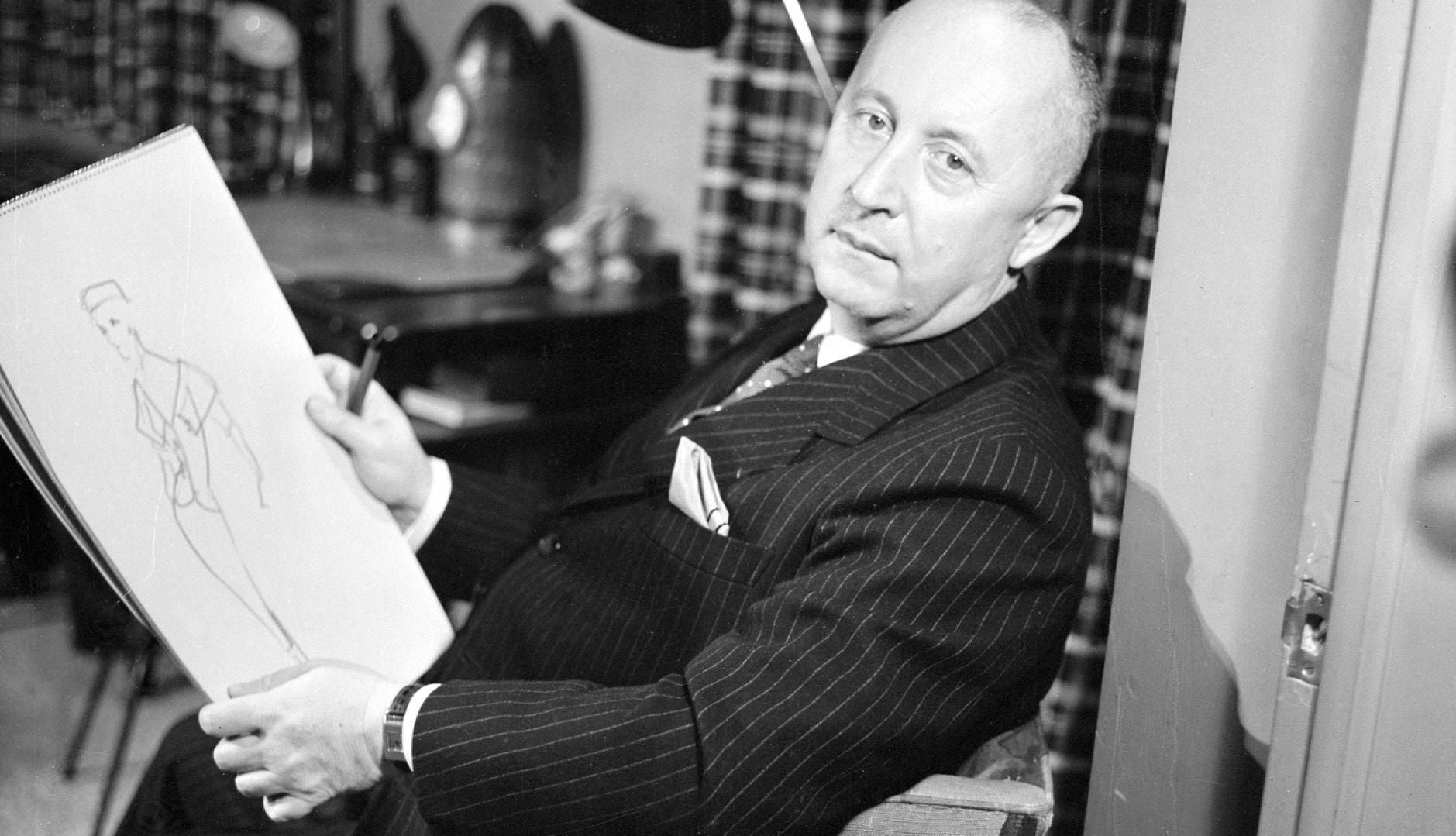 Legacy of Style: Christian Dior, the legend who revolutionised fashion in every way

Style
Legacy of Style: Christian Dior, the legend who revolutionised fashion in every way
Share this article
Next article

Christian Dior remains today as one of the most celebrated couturiers of the 20th century, but how did the fashion designer manage to set off such an enduring impact on the world of fashion spanning more than seven decades? Scroll down as we take a look at the life and works of the legend.

Born on 21 January 1905 in Granville on the northern coast of Normandy, France, Christian Dior was the second of five children born to Alexandre Louis Maurice Dior, a wealthy fertiliser manufacturer, and his wife, Isabelle. At the age of 10, the young Dior relocated to Paris with his family, where he would spend his youth aspiring to be an architect one day. However, he ended up enrolling into École des Sciences Politiques to study political science — a decision made largely due to his father’s persistent pressure for him to become a diplomat.

Despite his father’s political ambition, Dior’s passion for the arts and the avant-garde prevailed, and shortly after his graduation, he opened a small art gallery with money from his father, who agreed to offer him financial support under the condition that the gallery would not be associated with the family name in any way. There, Dior, together with his friend, started selling works by artists including Salvador Dalí, Pablo Picasso, Christian Bérard and more.

First dip into the fashion world

All was well until the Great Depression came along in 1929, which caused the death of both his mother and brother, as well as his father’s business. Without any financial aid, Dior had to sell all of his stock and shut down his art gallery. He also lost his apartment and had to spend nights sleeping on the floor of his friend’s house.

Desperately in need of a job to make ends meet, Dior began selling fashion sketches to magazines and couture houses, and was eventually hired by Swiss fashion designer Robert Piguet, for whom he worked as a design assistant until he was summoned for military service in 1940. When he returned to Paris in 1942, he began working — alongside Pierre Balmain — in the design studio of French couturier Lucien Lelong, where he, like many of his peers including Jeanne Lanvin and Nina Ricci, dressed the wives of Nazi officers and French collaborators throughout the rest of the war in an effort to ease economic concerns and, more importantly, preserve the artistic knowledge of haute couture.

The birth of an icon

After the end of World War II, millionaire and textile manufacturer, Marcel Boussac — also known as “the cotton king of France”– approached Dior hoping that he would revitalise the House of Philippe de Gaston, which would in turn create work to keep the machines in his factories turning. However, Dior had bigger dreams than to revive a dying brand: He wanted to create something under his own name, and offer people a new post-war style by bringing back the luxury of the Belle Epoque, complete with a never-before-seen simplicity and exquisite craftsmanship. Impressed with his ambition and creative vision, Boussac agreed and provided him with a sumptuous amount of financial backing to help the 41-year-old Dior start his own company and career. Thus, on 16 December 1946, the house of Christian Dior was founded at the now legendary address of 30 Avenue Montaigne, Paris.

Though the house of Dior was founded the year before, it was in fact the morning of 12 February 1947 — the day Dior presented his first haute couture fashion show — that forever cemented his legacy as the ‘Designer of Dreams’ 70 years onwards: At 10:30am, in a room filled with some of the top figures in the world of fashion media, 95 models led by Marie-Thérèse walked into the space one by one, showcasing a range of eye-opening creations under the themes En Huit and Corolle. Everything — from the petite waists, to the gentle shoulders, exaggerated hips and devilishly sexy busts — contradicted the serious, restricting, utilitarian aesthetics people were used to seeing during the war.

The Bar jacket, which went on to become one of the most recognisable signature designs of the house, was shown in the form of an ivory silk shantung morning coat with a snug collar and rounded peplums that closely followed the curves of the bust. Matched with a large pleated flare skirt and completed with a little black pillar-box hat, gloves and fine slender shoes (a stark contrast against the square-toed shoes with wedged heels that were in fashion at the time), it offered an elegant swing that had never been seen before.

At a time when people were getting weary of dull military aesthetics, Dior’s creations presented a newfound glamour that the post-war society was longing for. US Harper’s Bazaar‘s editor-in-chief, Carmel Snow, excitedly exclaimed: “It’s quite a revolution, dear Christian! Your dresses have such a new look!” With that, the collection was given the iconic name “New Look”, and a new chapter was cemented in the history of fashion.

A new way of showing fashion

Before the war, couture shows were presented in intimate salon spaces intended for clients, and therefore photographers were not allowed in; instead, the creations were sketched by artists. However, at Dior’s debut show in 1947, not only did he allow photographers to document his first collection, the show space was also overflowing with international press. Bettina Ballard, Paris-based fashion editor at US Vogue, was in complete admiration of the innovative genius of Dior: “We have witnessed a revolution in fashion at the same time as a revolution in the way of showing fashion.”

Despite the criticisms (for his lavish use of materials,  lengthening hemlines, and — according to Mademoiselle Chanel — uncomfortable designs that “upholstered women” instead of dressing them), Dior managed to open up his first ready-to-wear store on New York City’s Fifth Avenue in 1948. He went on to regularly design collections twice a year exclusive to the American markets — a decision that, altogether, made him a profit of 12.7 million US dollars just a year following the launch of the “New Look”.

Spreading the Dior name across the globe

In 1950, after recognising the need for accessories such as hats and gloves to complete the “New Look”, Dior, along with his business partner Jaques Rouët, became the first couturier to sign licensing agreements for the production of his designs. Soon after, the name “Christian Dior” could be found around the globe on a wide range of luxury items from shoes and bags to stockings and ties.

Though this pioneering business model received heavy protests from the French Chamber of Couture, who thought the move was cheapening the haute couture industry, it actually helped put Parisian haute couture back on the international stage. What’s more? The strategy proved to be a very profitable one for Dior and, eventually, almost every fashion house at the time would follow suit.

A legacy that lives on

To the world’s dismay, Dior suffered an untimely death from a heart attack on 24 October 1957. He was succeeded by six successive artistic directors — the daring Yves Saint Laurent; the conservative Marc Bohan; the flamboyant Gianfranco Ferré; the exuberant John Galliano; Raf Simons the minimalist ; and finally, Maria Grazia Chiuri the feminist — who continued on his legacy by dissecting, adapting the signature style of Dior to different times, and each adding their own creative sensibilities that continue to influence the way we dress 70 years on.

Dior Haute Couture Christian Dior Couture Paris Haute Couture legacy of style
Cindie Chan
Style Editor
Fashion blogger turned editor, Cindie has spent over seven years covering all things stylish in the digital world. When she’s not busy poring over the latest covetable releases or attending the most talked-about fashion events in town, you’ll find her enjoying some precious downtime with her newborn son and sweet dog Rosy.
Style Fashion Jewellery Watches Events Seafood dogs for adoption
Sign up for our newsletters to have the latest stories delivered straight to your inbox every week.