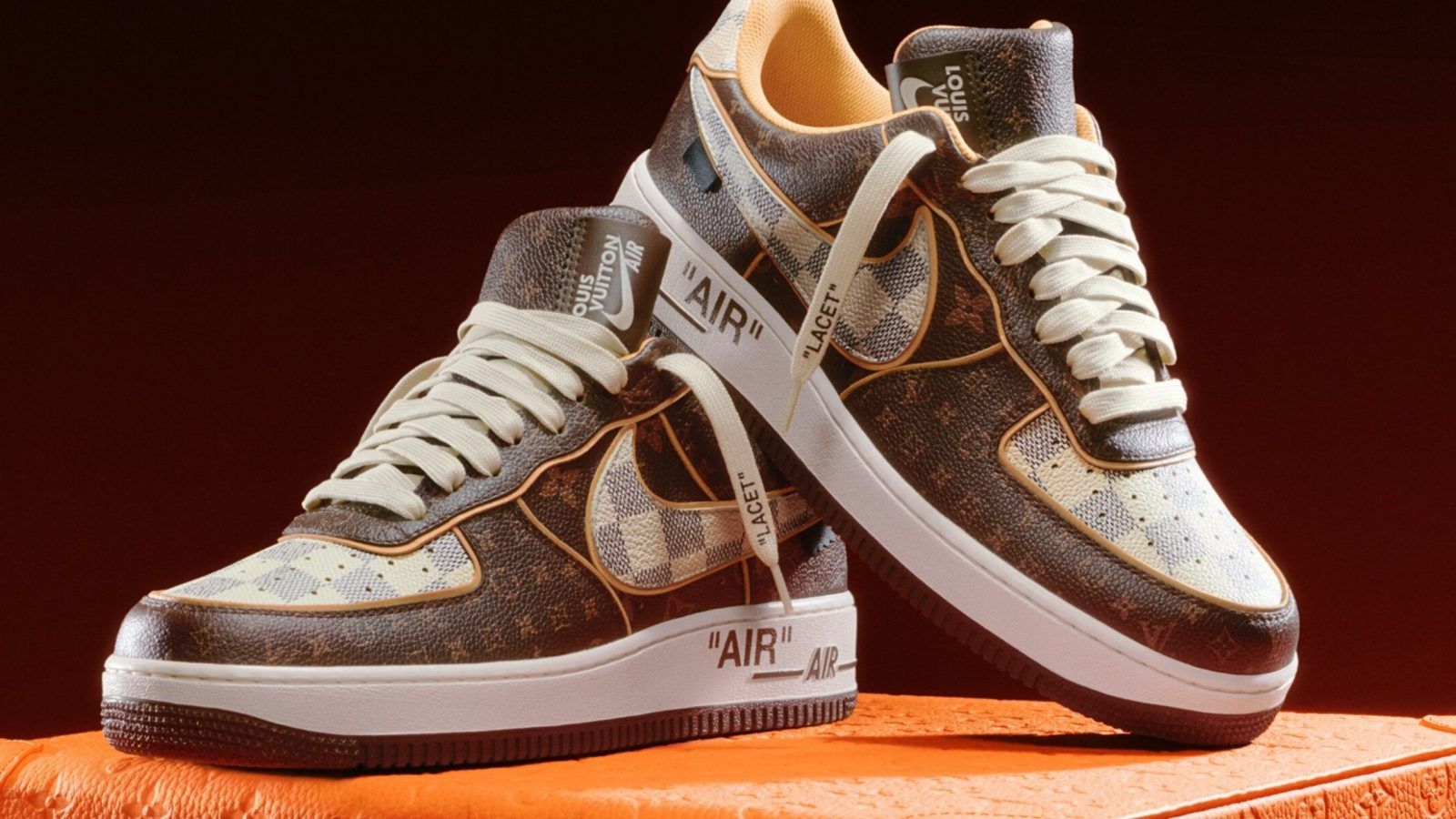 Designed by the late Virgil Abloh, the Air Force 1 sneaker collaboration between Nike and Louis Vuitton is finally being released — through an auction.

Want to score a pair of Louis Vuitton x Nike AF1s? Here’s your chance. 200 pairs of the Virgil Abloh-designed shoe will go under the hammer at an online auction by Sotheby’s. From 26 January to 8 February, the event will offer the highly-anticipated AF1s with bids starting at US$2,000 (approx. HK$16,000) per pair.

Crafted in leather, the shoes will come in an exclusive colourway that features both Louis Vuitton’s monogram and checkerboard pattern. Like the other Louis Vuitton x Nike Air Force 1 sneakers that Abloh created, the shoes will bear the designer’s signature “AIR” label on the sole, as well the word “Lacet” along the shoelaces. Sotheby’s auction will offer them in sizes ranging from EU 5 to 18.

You may also like…
Style
13 Year of the Tiger-inspired sneakers to pounce on this Chinese New Year
Style
New Kicks: Balenciaga Phantom, Prada x adidas and other sneakers to cop this week

Buyers won’t just go home with the coveted sneakers: each pair comes with their own Louis Vuitton pilot case, also designed by Abloh. The special sneaker trunk is made of monogram-embossed orange leather, with a white Swoosh tag attached to the handle.

These collectible pieces, which are exclusive to the auction, are now being showcased at Sotheby’s New York.

An auction that will go down in history

The proceeds of the sale will go to the Virgil Abloh “Post Modern” Scholarship Fund, which the eponymous designer had launched in 2020 in support of Black fashion students. It’s worth noting that prior to his death, Abloh was involved in organising the auction; the trailblazer likely saw it as yet another way to continue his mission of granting opportunities and opening doors for others in the fashion industry.

We can expect the upcoming auction to attract a wide pool of bidders. The event marks the first launch for the Louis Vuitton x Nike collaboration, which was unveiled in June 2021 as part of Louis Vuitton’s Spring/Summer 2022 menswear show.

In what can fairly be deemed as one of Abloh’s significant contributions to fashion, the designer brought the French luxury behemoth and the sportswear giant together for the first time. The collaboration is comparable to Louis Vuitton’s record-breaking tie-up with Supreme in 2017 — and, in the wake of Abloh’s untimely passing, will likely be even bigger.

In total, Abloh created 47 pairs of Nike Air Force 1 sneakers for Louis Vuitton. (See them here.) A handful of them will be specially gifted to individuals connected to Abloh, and not put up for sale. Excluding those designs, as well as the exclusive colourway that will be offered by Sotheby’s, the sneakers will be sold in limited quantities through Louis Vuitton stores in the coming months. Stay tuned for more official release information.

Until then, here’s another thing you can look forward to: the entire Louis Vuitton x Nike Air Force 1 collaboration will also be presented in an exhibition at Louis Vuitton’s shoemaking workshop in Italy later this year.

For more information, head to Sotheby’s.

All photos courtesy of Louis Vuitton and Nike.

Hong Kong Sneakers Louis Vuitton Nike Virgil Abloh
Pameyla Cambe
Senior Writer
Pameyla Cambe is a fashion and jewellery writer who believes that style and substance shouldn't be mutually exclusive. She makes sense of the world through Gothic novels, horror films and music. Lots of music.
Fashion Style Jewellery
Sign up for our newsletters to have the latest stories delivered straight to your inbox every week.