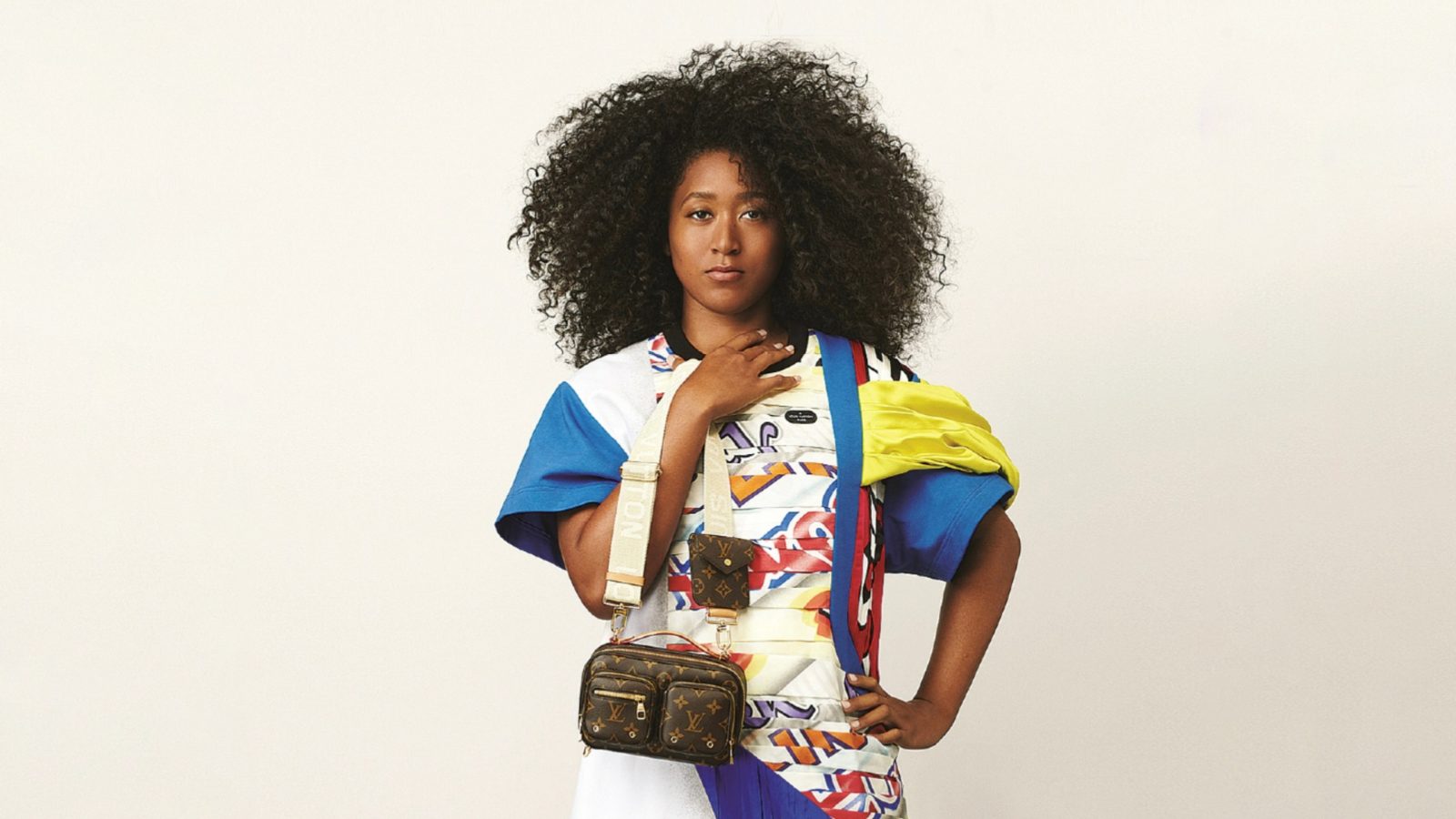 If anyone is on the up and up right now, it’s Naomi Osaka. Three-time Grand Slam singles champion and Guinness World Records title-holder, Osaka can now add ‘Louis Vuitton model’ to her growing list of accomplishments. In case you’ve forgotten: She’s only 23.

The A-listers also showed off Louis Vuitton’s new bags, namely the Coussin (as seen on Jaden Smith and Sophie Turner) and the Rendez-Vous (worn by Emma Stone and the Bailey sisters). The former is a soft, quilted monogram leather shoulder bag that comes with a chain or an adjustable strap. It comes in cream, green (which featured heavily in Louis Vuitton’s S/S 2021 presentation) and metallic silver.

The Rendez-Vous, on the other hand, has a buttery leather façade and features a golden clasp inspired by the Louis Vuitton’s heritage trunk locks. With its removable chain, it can be worn as a shoulder bag, a crossbody or carried by hand as Stone does. For now, the new style comes in camel and red, as well as black with gold-monogram embossed leather.

Both the Coussin and Rendez-Vous are designed for both men and women, as the campaign makes clear.

The campaign is just the start of Naomi Osaka’s partnership with Louis Vuitton — and one of many of her fashion collaborations. (The tennis champion has already worked with Nike and Adidas, among others.) In a statement, Osaka revealed, “Aside from tennis, my most treasured passion is fashion; and there is no brand more iconic than Louis Vuitton.”

“It is such an honour to work with Nicolas – he’s a designer I admire so much and we share a mutual love of Japanese culture and style. To become global brand ambassador is truly a dream come true for me,” said Osaka.

Louis Vuitton Naomi Osaka
You might also like ...
Style
10 must-haves from the Louis Vuitton Fall/Winter 2021 collection
Style
Louis Vuitton’s latest collaboration with contemporary artist Urs Fischer is a maximalist’s dream
Beauty & Grooming
For HK$565,000, you can have a customised Louis Vuitton perfume to call your own
Style
Louis Vuitton aligns the planets in a new high jewellery line
Lifestyle Asia
Here's where you can read the latest news and stories from Lifestyle Asia, curated from all of our editions in Hong Kong, Singapore, Kuala Lumpur, Bangkok, India and Paris.
Luxury