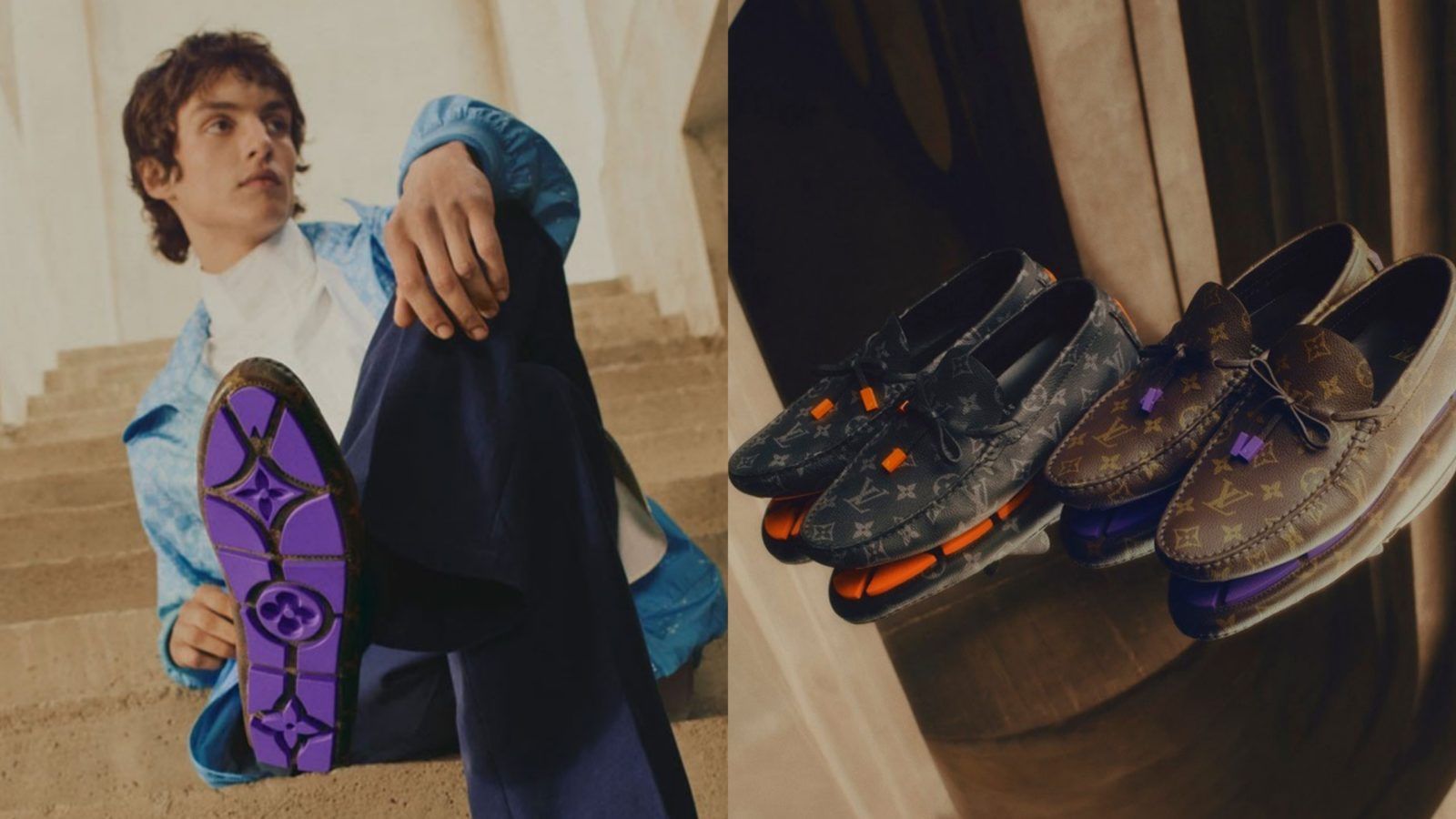 “As the very first driving moccasin by Virgil Abloh, the LV Driver is the perfect embodiment of Louis Vuitton’s savoir-faire,” the brand said in a statement. It further added that “the LV Driver is above all the epitome of urban modern fashion.”

The pair of shoes are crafted using two materials, monogram grained calf leather and monogram embossed suede. While the first version is available in green, orange, white, Éclipse and Ébène colourways with contrasting tones in lace tips and soles, the second iteration of the LV loafers will come in navy blue and mocha hues, along with a plain padded sole.

Made in Italy, it takes about one hour to stitch each pair of the LV Driver Moccasins. What stands out is the single main monogram flower motif, inspired by the French gardens and the brand’s monogram flowers, which is not only seen on the outsole but also on the shoes’ lining.

Its rubber console is soft and is made with tubular technology to ensure suppleness and maximum comfort. Other impressive enhancements, which truly reflect Abloh’s attention to detail and knack of originality, include rubber pads on the outsole and the LV Initial lace tips.

These Louis Vuitton driver moccasin loafers are priced at HK$7,700 and can be purchased here.

Louis Vuitton Menswear Virgil Abloh LV Driver Mocassin
Lifestyle Asia
Sign up for our newsletters to have the latest stories delivered straight to your inbox every week.