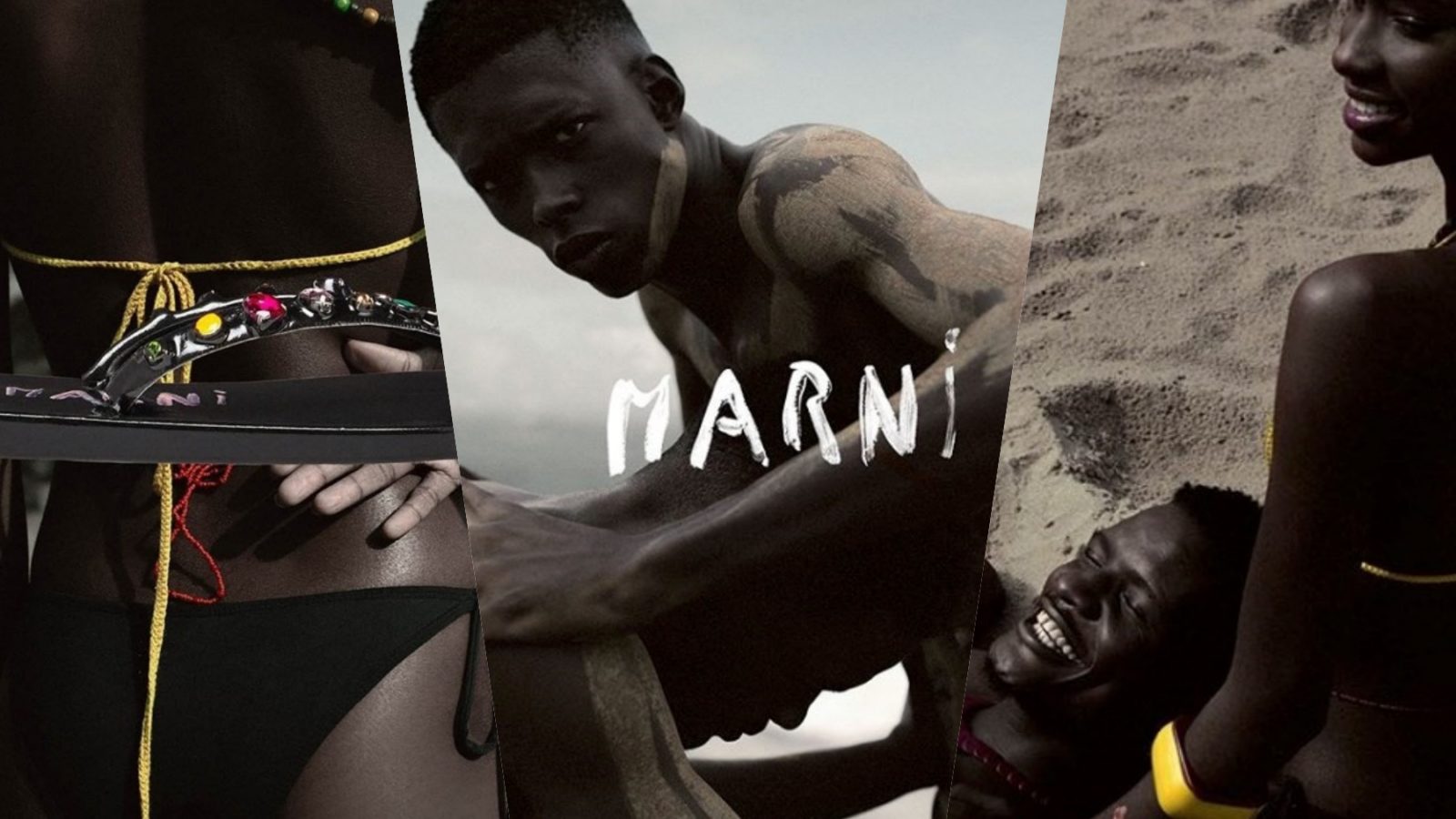 Yet another lesson for the fashion industry.

As Black Lives Matter protests stridently continue — snowballing into one of the biggest civil rights movements in US history, replete with global ramifications — the fashion industry is still proving itself to be light years behind in the fight against racism. The latest European house to face serious backlash for its problematic depiction of people of colour? Marni.

This week, the Italian fashion house released (via Instagram) a series of seemingly racist images for its latest flip-flop campaign, inciting instant backlash from followers on social media. The campaign (shot by Brazilian photographer Edgar Azevedo) features an all-black cast in a setting entitled ‘Jungle mood’ — wearing ethnically-inspired accessories and painted in clay.

What really fueled the controversy, however, is an image depicting a large shackle-like chain near a model’s feet. Another features an embellished white flip-flop in close-up against a Black model, with a caption that reads “The adorned White Queen appeared compliant yet sculptural.”

These images were, of course, quickly picked up by IG-based Diet Prada, who decried the campaign’s “very racist optics” and choice of words that “[alluded] to racist, colonial stereotypes of Black people as primitive, uncivilised, and unmodern”. The fashion whistle blower added that “these stereotypes are just some of the ways the institution of white supremacy has oppressed, dehumanized, and deprived Black people of their human rights.”

In the face of growing controversy, Marni was quick to release a statement apologising for the harm and offense the campaign caused, with creative director Francesco Risso posting a hand-written message on his personal Instagram account acknowledging the mistake.

You can read the official full statement, in addition to Risso’s own post below:

Marni racism
You might also like ...
Style
What makes a man? Bottega Veneta finds the answer in new short film
Style
Prada is auctioning off collectibles from its FW20 fashion shows
Style
8 fabulous tote bags to get you through flexible work weeks in style
Style
Dior opens the third edition of its ‘Designer of Dreams’ retrospective in Shanghai
Cindie Chan
Style Editor
Fashion blogger turned editor, Cindie has spent over seven years covering all things stylish in the digital world. When she’s not busy poring over the latest covetable releases or attending the most talked-about fashion events in town, you’ll find her enjoying some precious downtime with her newborn son and sweet dog Rosy.
Style Fashion Jewellery Watches Events Seafood dogs for adoption