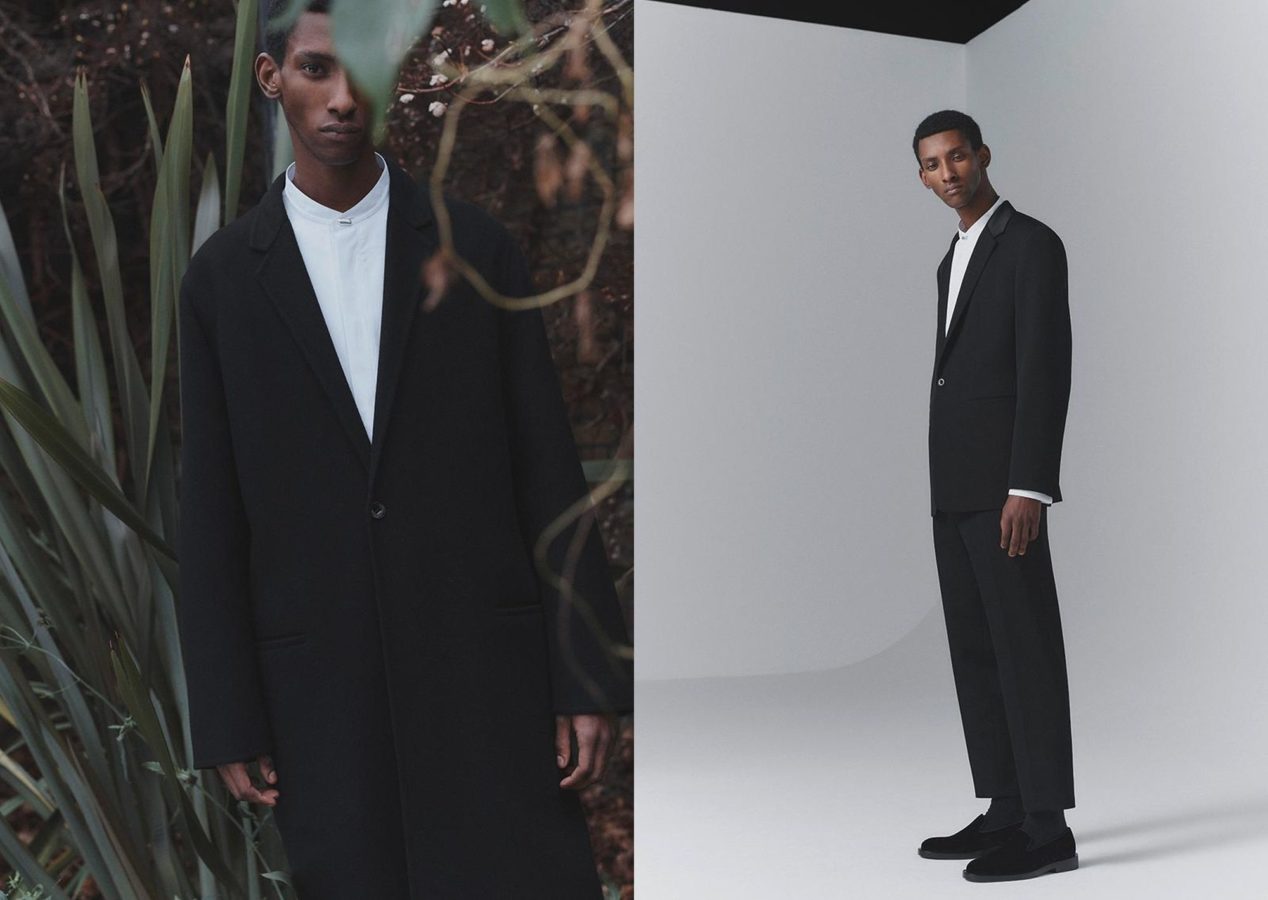 The masters of Teutonic minimalism have partnered with MatchesFashion for a capsule that explores the notion of 21st century eveningwear — notably, including seven online exclusives for men.

Though Jil Sander departed from her eponymous label in 2014, the German maison has remained relevant within fashion’s zeitgeist thanks to its signature sharp, unstuffy aesthetic. This season, creative directors Luke and Lucie Meier — the only married couple to lead a major fashion house hitherto — have jumped into bed with MatchesFashion for a capsule which explores the idea of “what a modern evening look really feels like” across genders. The result is an offering informed by extremely modern sensibilities — bound to flatter a range of formal occasions up to (but not including) black tie. Presented in stark, no-nonsense monochrome, multiple pieces consider what ‘dressing up’ looks like every Monday to Friday, come 5pm.

Unsurprisingly, the lion’s share of the MatchesFashion capsule contemplates nocturnal dressing for a feminine audience, but that hardly means the menswear is phoned in. For Friday nights, the Meiers propose the longline twill shirt — a creation which anchors its decadence in simplicity. Ideal for the fashion ascetics who loves small details and the bigger picture, this airy layer is made from mid-weight twill which has been infused with a touch of silk — emblematic of Luke Meier’s lifelong experimentation with textiles. Elsewhere, svelte trousers tailored in wool crépe — featuring the characteristically formal hooked waistband — channel Jil Sander at the brand’s most elemental; and look just as compelling alongside casualwear as they do the obligatory blazer.

Move over Rolex, the Patek Philippe Grandmaster Chime is now the most expensive watch ever sold