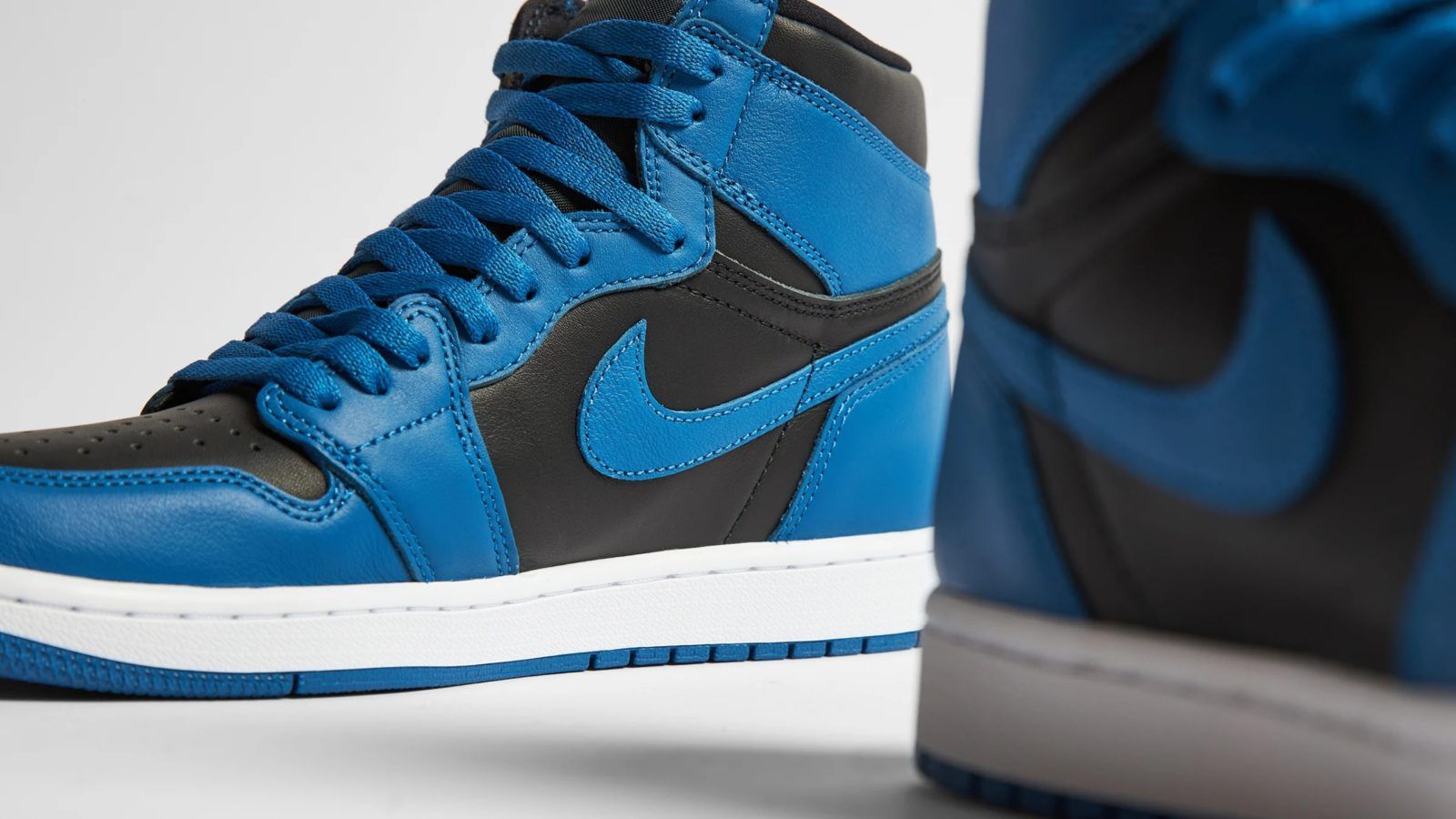 Style
New Kicks: Reebok x Bape Instapump Fury and other sneakers to cop this week
Share this article
Next article

Another week, another roster of brand new sneakers to consider adding to your footwear rotation.

It’s 2022, which means out with the old and in with the new — or blue, in the case of several sneakers launching this week. The cool hue has breathed new life to some of Nike’s iconic basketball silhouettes, including the mighty Air Jordan 1. Accents of blue also appear in New Balance’s poetic Chinese New Year collection, as a graphic way to represent tranquility. And, of course, the colour made it onto the wild palette of Reebok and Bape’s first Instapump Fury sneakers together, along with other shades from the rainbow.

Out With The Old, In With The Blue Sneakers:

You may also like…
Style
200 Louis Vuitton x Nike AF1 sneakers are headed to auction at Sotheby’s
Style
New Kicks: Balenciaga Phantom, Prada x adidas and other sneakers to cop this week

How do we even begin to describe Reebok and Bape’s first Instapump Fury OG kicks together? With blue and orange hues on one shoe, green and purple on the other and camo prints allover both, these sneakers are the most adventurous design we’ve seen from the collaboration yet. Of course, the two brands have also introduced another minimalist pair of Club C 85 sneakers for Spring/Summer 2022, but it’s the Year of the Tiger. Why not be loud and bold with these striking shoes instead?

It’s the last thing we would expect from a sneaker brand, but New Balance’s Chinese New Year collection takes inspiration from a line by poet Siegfried Sassoon: “In me, the tiger sniffs the rose”. Dissect the words however you want, but one thing is clear: the resulting sneakers are absolute must-haves. There are new XC-72 and 57/40 models, but we’re especially eyeing the 327 sneakers, which comes in two colourways. The first features a black base and brown undertones that “represent resolution and bravery”, while the second swaps the brown hues for pink instead, as a nod to “tranquility and gracefulness”. And yes, there isn’t a tiger stripe in sight.

Is the LeBron 9 making a comeback? It sure looks like it, especially after Nike released the “Watch the Throne” edition of the kicks this year. Couldn’t be better timing: the sneakers, which are an ode to basketball’s King James, are now 10 years old. This wavy, neon “South Coast” is meant to celebrate the fact, with vibrant hues and palm tree graphics that allude to where LeBron James rooted his athletic career.

Matthew M. Williams has offered some intriguing footwear propositions at Givenchy, from the out-there Monumental Mallow shoes to the luxury brand’s first-ever sneakers, the Giv 1. The latter has now been upgraded into the high-performance style dubbed “Giv 1 TR”, which showcases Williams’ flair for futuristic and functional design in full force. In fact, he gets a little nerdy: the shoes, which are crafted from a combination of mesh, suede and sleek leather, boast an “aerodynamic design”, fitted with details such as quilted ankle reinforcements. But all you need to know is that the shoes look really, really good, regardless of whether they’re in the high-top or low-top style. Expect more colours to launch in the months to come.

The powerful colour of red is practically synonymous with the Air Jordan 1, but Nike has now done the unthinkable by refreshing one of the world’s biggests sneakers with a cool blue hue. “Dark Marina Blue”, to be exact. The colour covers all the important bits, from the Swoosh to the laces and right down to the grooved soles. What remains the same is the quality, and the AJ1’s signature combination of leather and rubber is still as alluring and durable as ever.

Shopping Sneakers New Balance Reebok air jordan 1 instapump fury bape
Pameyla Cambe
Senior Writer
Pameyla Cambe is a fashion and jewellery writer who believes that style and substance shouldn't be mutually exclusive. She makes sense of the world through Gothic novels, horror films and music. Lots of music.
Fashion Style Jewellery
Sign up for our newsletters to have the latest stories delivered straight to your inbox every week.