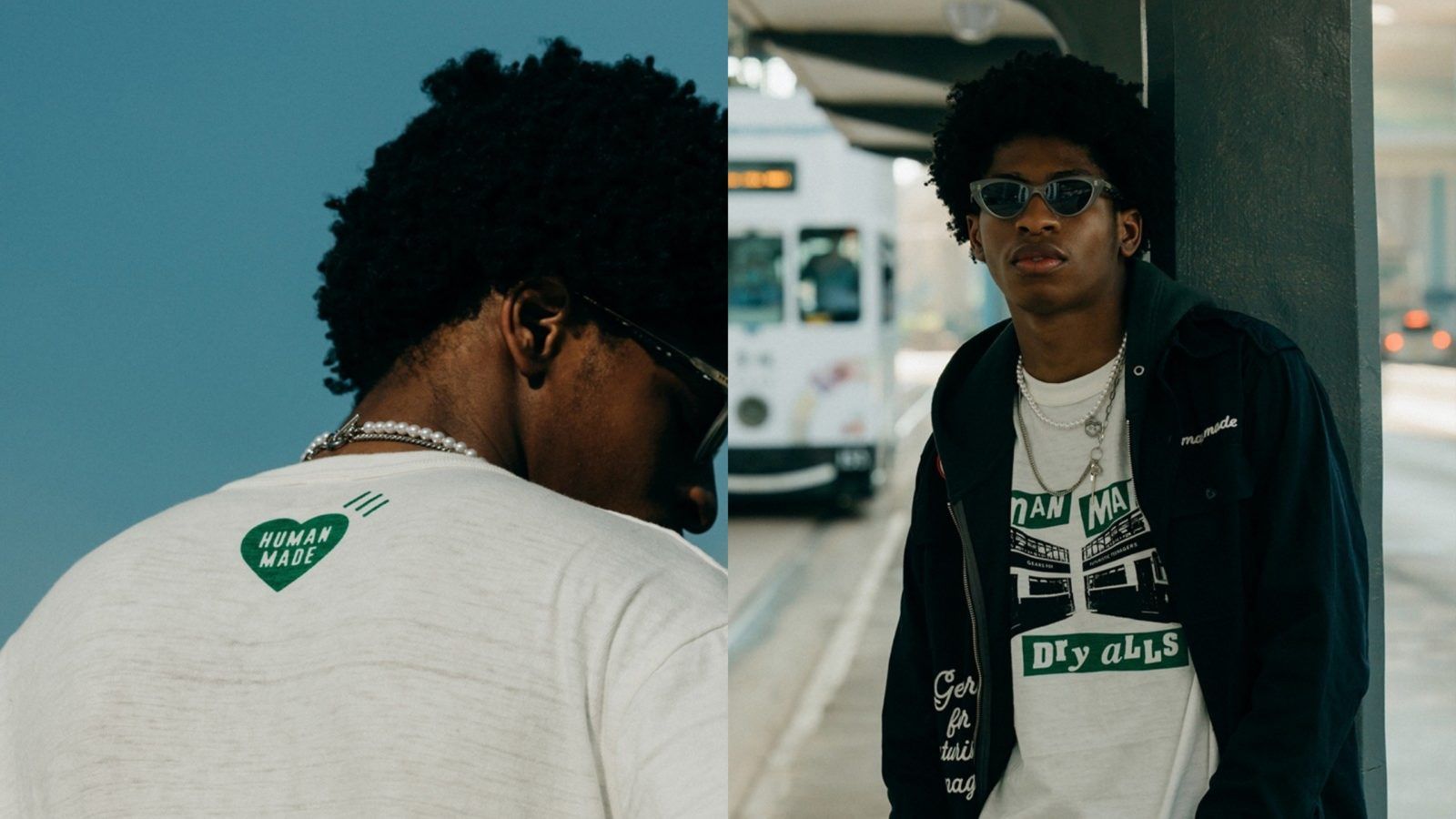 From Keung To’s birthday free-for-all to, now, NIGO’s tram-inspired drop for Human Made, Hong Kong’s emblematic ding-dings have been booked and busy these past few months.

The double-decker trams that trudge through the northernmost parts of Hong Kong Island are a must-do activity on any Hong Kong itinerary worth following. It’s a cheap-and-cheerful way to get around the city if you have a few extra minutes to spare (and, if you’re a Pokémon GO trainer, a convenient way to bypass the app’s on-foot criteria). Much like the Star Ferry, the Golden Bauhinia Square or a simple serve of an oven-fresh egg tart, the tram stands for so much of Hong Kong’s heritage and, in turn, becomes an obvious landmark for iconography dedicated to our fair city. NIGO — of Kenzo, of Human Made — apparently agrees.

In an exclusive drop for Hypebeast’s e-commerce subsidiary HBX, NIGO transforms Hong Kong’s tramways into a black-and-white graphic print framed only by Human Made and a “DRY ALLS” branding in a Pantone-approved shade of HK Tram Green. The T-shirt (HK$700) also commemorates Human Made’s first-ever pop-up in Asia — mark your calendars: it starts on 13 May in Landmark’s BELOWGROUND — which will have the Japanese label’s “SEASON 23” collection displayed alongside it as well.

NIGO’s Human Made Takes the Tram to HBX Hong Kong:

You may also like…
What’s On
You can thank Keung To fans for free Hong Kong tram rides on 30 April
Style
One Shade of Green: Celebrate Hong Kong Tramways Free Ride Day in style

“Hong Kong has become one of my favourite cities ever since my first visit back in 1995,” said NIGO of the exclusive drop. “I hope fans in Hong Kong will be inspired by the creativity of HUMAN MADE and experience a taste of Tokyo in this special pop-up in collaboration with HBX.”

Shop the Human Made x HBX drop from 13 May to the end of October at the brands’ pop-up in BELOWGROUND.