Hong Kong has long been known as a city that is extremely accessible when it comes to tailored clothing — no matter whether you’re embarking on your first corporate gig or know every sartorial terminology under the sun. Indeed, there’s a long and well-documented history of men making a pitstop in the fragrant harbour, for the express purpose of getting some tailormade threads.

We generally recommend you steer clear of any flashing neon signs (often promising a ‘quick 24-hour’ turnaround) and instead focus on a few tried, tested, globally lauded tailors — here are a few of our favourites.

You might also like…
Style
Review: Bespoke ‘tobacco’ linen suit by The Anthology
Style
5 Hong Kong haberdasheries that go the extra mile 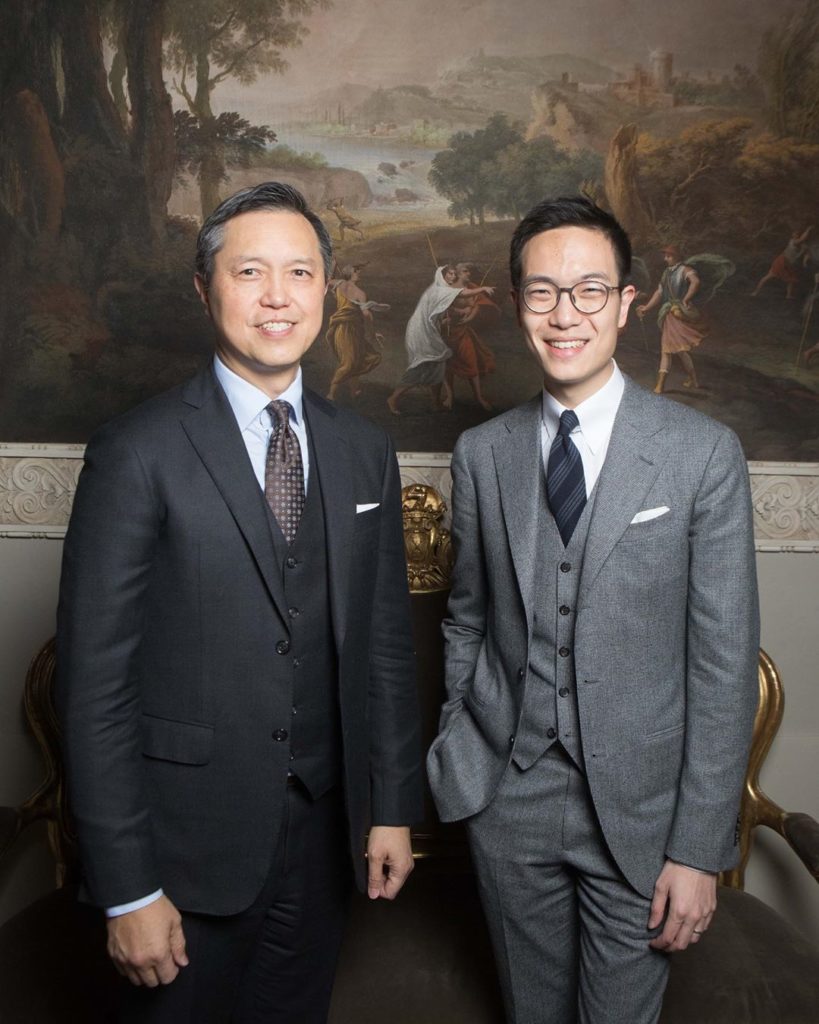 The world-renowned shirtmaking empire needs no introduction, but for the sake of posterity goes a little something like this: originally established on Kimberley Road in 1953 by the eponymous Mr. Ascot Chang (an émigreé from Ningbo) Ascot Chang is now an international apparel empire, run by his son and grandson, Messrs Tony and Justin Chang (pictured above). With a substantial retail network in Hong Kong, Mainland China, and the U.S., not only does Ascot Chang offer shirting but also a bespoke tailoring program for those who prefer a more muted, understated display of elegance. The house style is conservative, though definitely not stodgy, and is spot-on for most professional environments. One can expect a certain amount of drape in the coat and traditionally made trousers – though technically speaking, with bespoke the sky’s the limit. 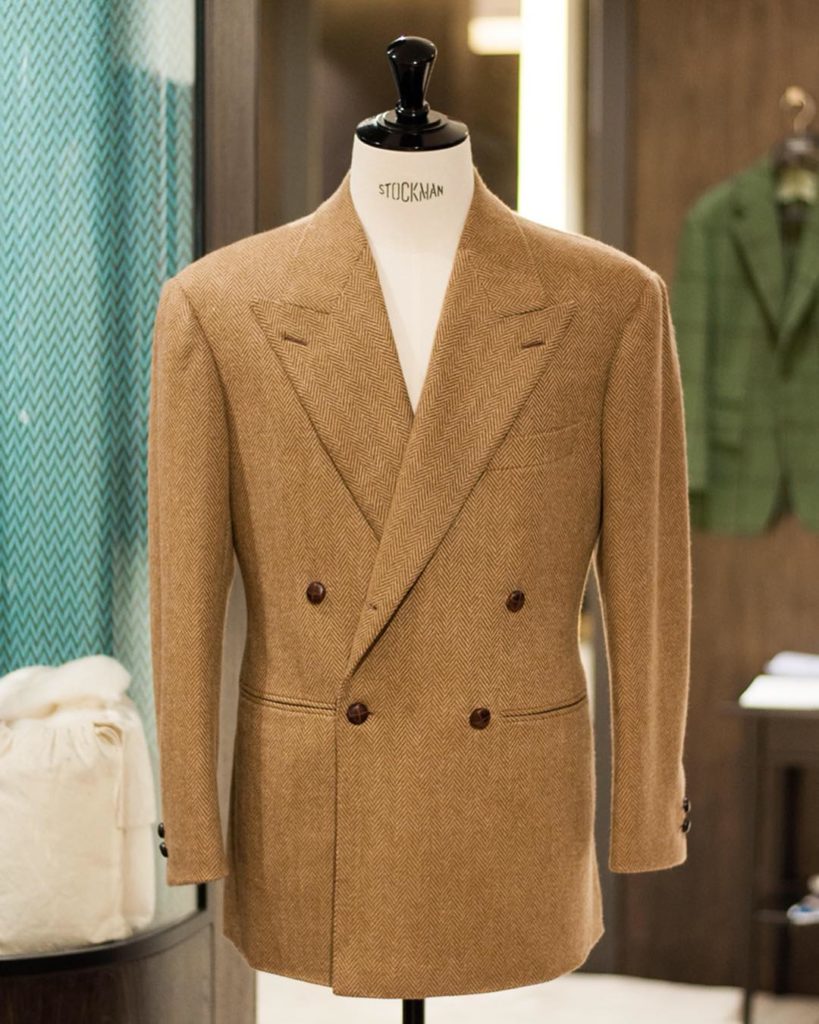 As one of the most respected and sought out tailoring houses in Hong Kong (and indeed the world) W.W. Chan has never been the kind of brand to rest on its laurels. Its origins can be traced back to the early 50s, though the house has experienced a resurgence in recent years due to the advent of a little-known movement called ‘hashtag menswear’. While their previous partnership with The Armoury has had some impact on the house style, the W.W. Chan cut is primarily influenced by the techniques of the ‘Red Gang’ — a school of Shanghainese tailors who migrated to Hong Kong following WWII. Consequently, modern Chan suits are the product of an intriguing cross-cultural exchange: lapels tend to be razor sharp; chests are cut with a good deal of drape; and yet the shoulders are recognisable modern, yielding a soft natural shape. It’s this willingness to adapt, this inclination towards accepting feedback from their customers, that has ensured in 2020 W.W. Chan continues to thrive. 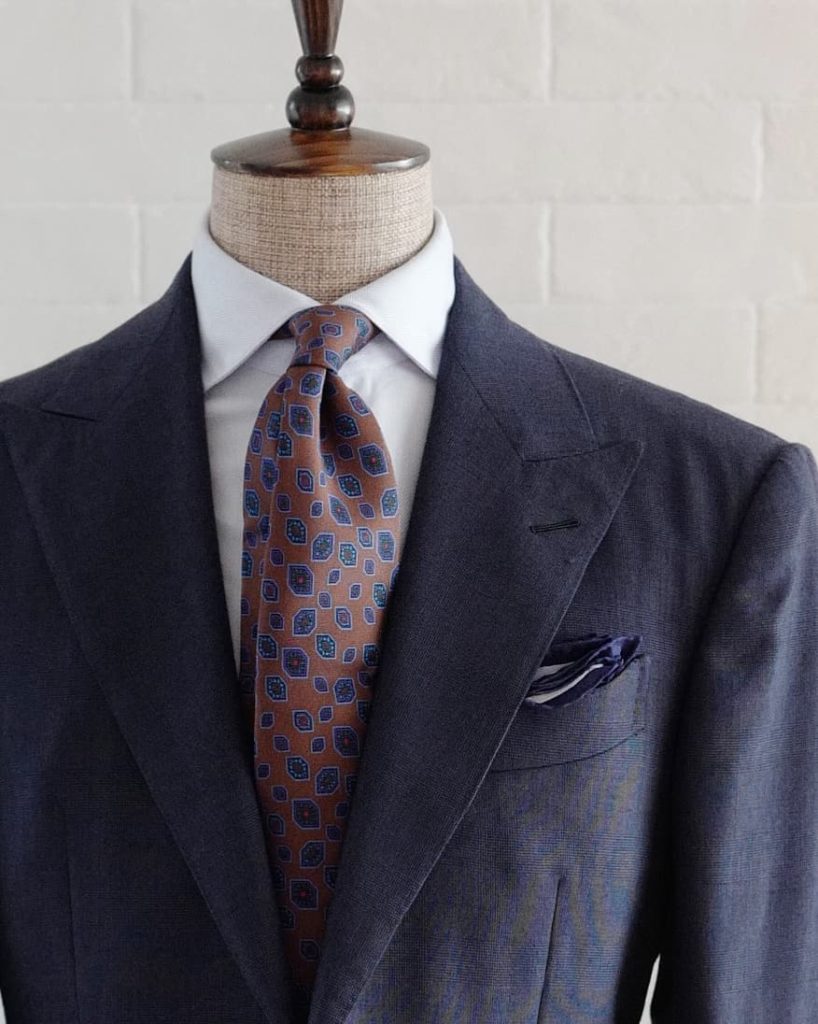 Ricky Kwan and his team at Dream Bespoke are a fantastic example of just how great Hong Kong bespoke can be at the upper levels. Dealing in hand-finished, reasonably priced suiting, Kwan’s 10+ years in the garment industry is supplemented by his father’s lifelong career as a tailor (the latter was part of the original brain trust behind Tai Pan Row). The Dream Bespoke house style is still a work in progress — most Hong Kong tailors are fairly agnostic when it comes to the subject — and as a result, Ricky is happy to cut commissions in a variety of regional styles (from broad shouldered British jackets to louche polo-style coats). No matter your preference, expect a range of high-quality finishes: chests are hand padded, facings are pick stitched, and buttonholes are wound a Milanesi. This tailoring house’s no-nonsense approach has made them a long time favourite of men who look for value in their tailored clothing, and is pitched at the perfect pricepoint for bespoke neophytes. 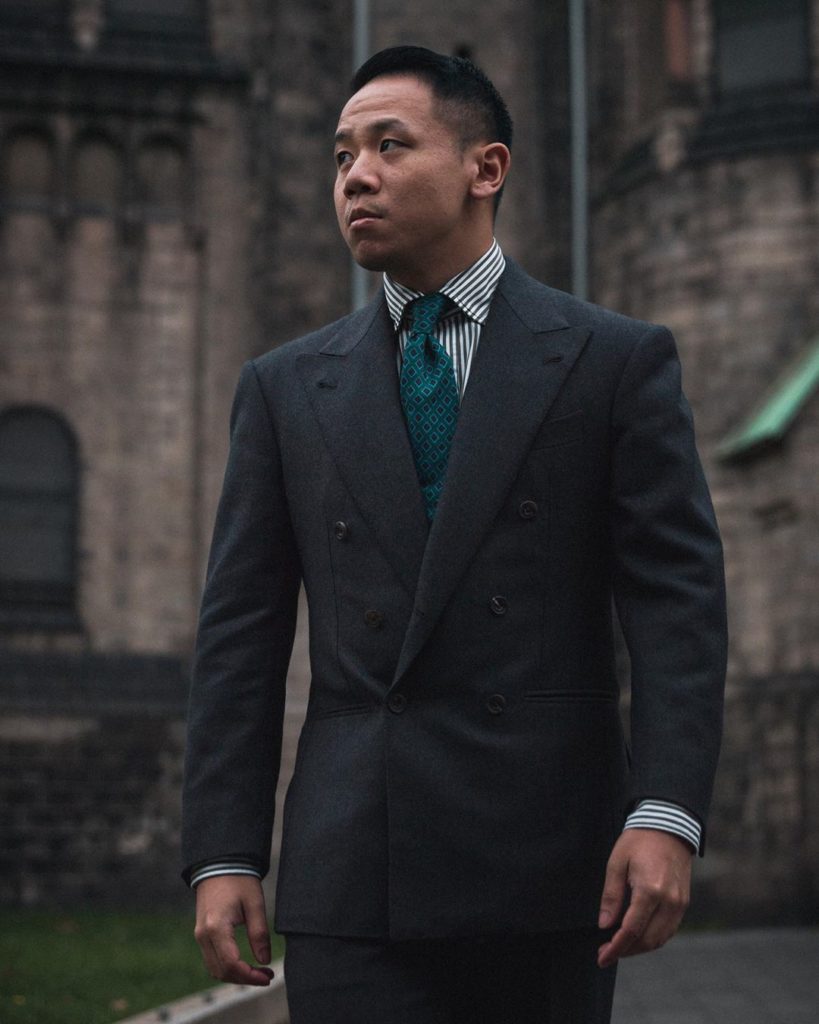 The young guns at Prologue are, for lack of a better word, disrupting the tailoring industry in the best way possible. Co-founders Jerry Tong and Chris Tang were among the first to seize on the benefits of a coherent house style: one that continues to fuel demand in an international market hungry for their distinct brand of Italian-slash-Japanese tailoring. The fitting process is another area in which Prologue stands out — offering a semi-bespoke product that works off of existing ‘blocks’ rather than from scratch. The advantages of this system mightn’t be immediately evident, though this method frequently results in a more consistent fit from start to finish. We recommend you visit their regularly updated Instagram account to crib a tonne of inspiration. 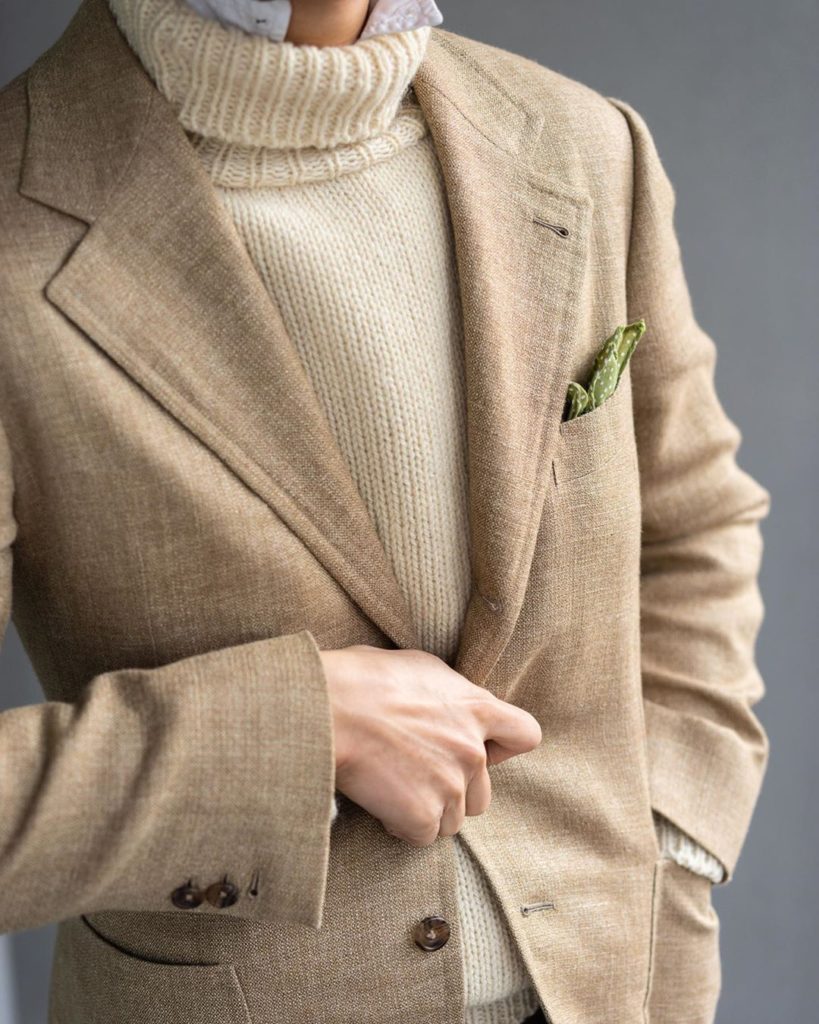 Even in a market as saturated as Hong Kong, a suit by The Anthology cuts a figure that is instantaneously recognisable. Its devoted wearers are the ‘Anthologists’ — a term affectionately coined by the brand’s founders, Buzz Tang & Andy Chong. An Anthology jacket is an artfully soft, relaxed affair whereas the trousers are made to sit higher on the waist, featuring a (by today’s standards) conspicuously wide leg opening. The slightly extended shoulders on the jackets are well suited to speckled tweeds and heavy linens, which will only look better with wear. Admittedly not intended for the average finance bro, an Anthology garment is a thing for stylistic extremes — as most memorable fashions tend to be. 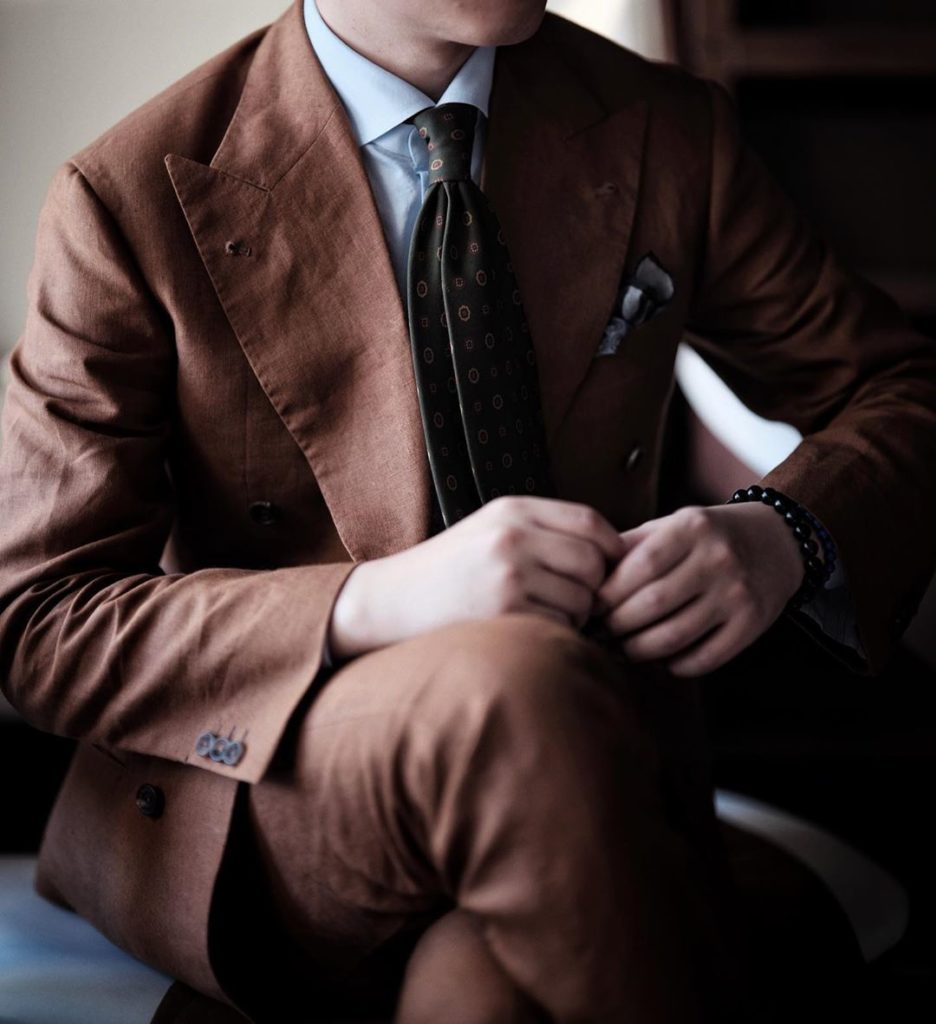 A veteran of the bespoke shoemaking scene and renowned footwear obsessive, Maslow So has branched out to fill a niche with his new shop Il Negozio. Transliterated from the Italian for ‘The shop’, the Il Negozio house style remains somewhat of an enigmatic cypher. Signature details include jackets cut with a spalla camicia — the shirt-style shoulders characterised by slightly puffy, overlapped sleeve heads — and fabrics which possess plenty in the way of personality (translation: don’t expect any 9-to-5 suits here). Based on the pieces that we’ve seen Maslow rocking, we suggest opting for a sportcoat in earthy tones of beige, heather, and brown — great colours for bringing out the texture in any garment. By appointment only.

Procera Gin, proudly distilled in Africa, is the next ‘It’ spirit in global high-end mixology