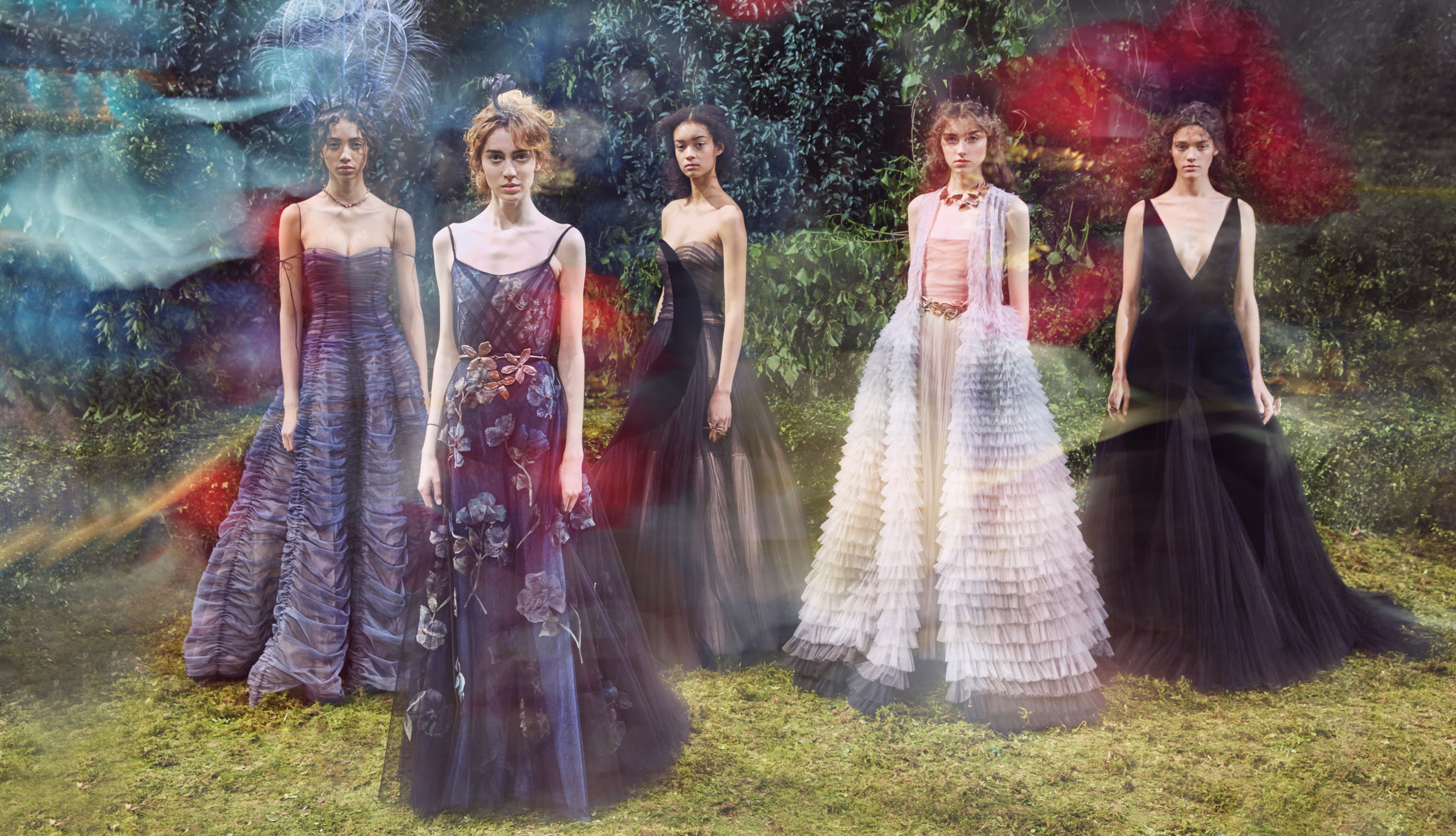 The last of the haute couture shows for Spring/Summer 2017 have unfurled on the runways of Paris. For those of you who didn’t have a chance to follow all the exciting developments, we’ve compiled a list of our favourite highlights of the week, the moments we’ll still be talking about months from now.

1. Snapchat filters made an appearance at Maison Margiela. Social media is everywhere nowadays. To wit, John Galliano took inspiration from reality-altering photo and video filters, and made direct references to Snapchat’s signature rainbow vomit and puppy dog filters, placing them on tulle dresses and jackets in Maison Margiela’s Artisanal collection. Despite the popularity of those designs, the most jaw-dropping look had nothing to do with Snapchat: a long white coat featuring a smoky, ethereal face made from tulle, in collaboration with artist Benjamin Shine.

Maria Grazia Chiuri, former Valentino co-designer, presented her debut haute couture collection for Christian Dior in one of the most anticipated shows of the week. Inserting romance and an almost fantastical aesthetic we’ve before in her time at Valentino, Chiuri presented the collection in an enchanted garden that was built entirely from scratch. Guests at the show were required to journey through a labyrinth surrounded by thick green shrubbery wall before reaching the runway space — truly a transporting presentation.

3. Viktor & Rolf’s couture gowns were made from recycled fabric. 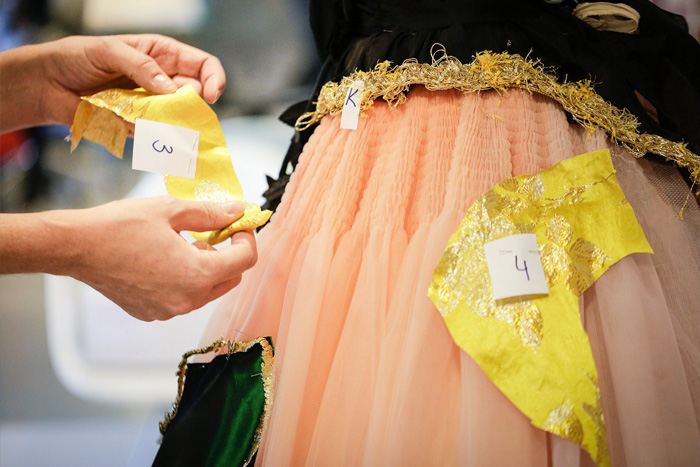 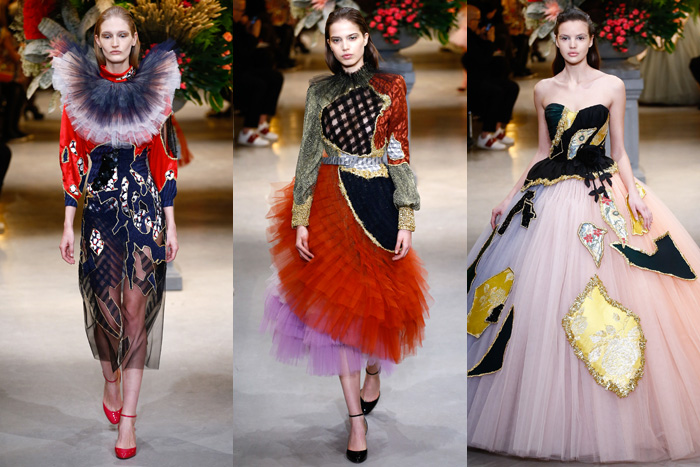 Viktor Horsting and Rolf Snoeren, the creative brains behind Viktor & Rolf, once again created beautiful couture gowns using upcycled fragments of old garments dating from as far back as the 1940s. Sparkling gold foil was added around each repurposed fragment, an idea inspired by Kintsugi — a principle of repairing Japanese pottery by highlighting the cracks. That resulted in unexpectedly stunning couture pieces bearing a powerful message: “Fragmented pieces can be put back together again.” While his former design partner debuted her first couture show at Dior, Pierpaolo Piccioli presented his first solo couture collection for Valentino. A breath of ethereal air entered the show space as models took the runway dressed in sensual yet powerful gowns in classical forms — all amidst huge canvases of figurative and abstract art from the Tiroche DeLeon Collection, featuring works by international artists such as Liu Wei and Zhang Huan. 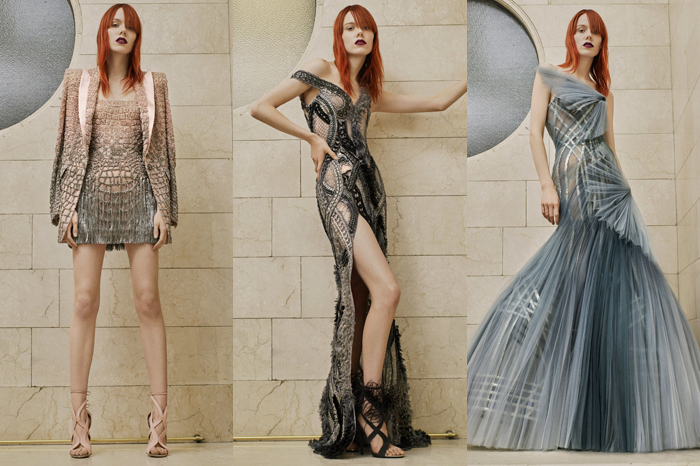 Instead of merging menswear and womenswear shows like other designer labels, Versace have decided to opt out of couture shows, choosing instead to focus on a new ‘client-facing strategy’. The 17 looks for Atelier Versace were showcased on theatrically spotlighted mannequins on the second floor of the Avenue Montaigne boutique, where Donatella Versace was nowhere to be seen. Nonetheless, the collection, titled Metamorphosis, is deliciously fierce. We especially like the interesting forms and volumes created by the use of pleats that wrap around the body, knots made of crystals, silk chiffon and embroidered elements that emphasise the female form. 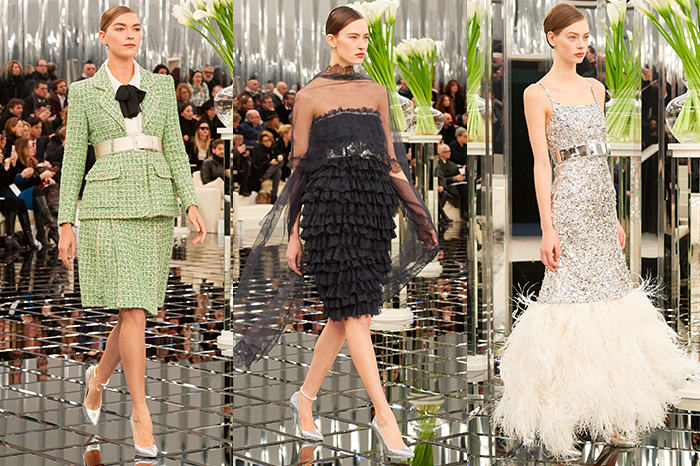 The collection at Chanel was notably more toned-down than previous seasons, with the absence of an immersive set, standout theme and fun accessories that Karl Lagerfeld often delivers. Instead, he focused on impeccably clean silhouettes with structured shoulders, defined waists and accentuated hips inspired by the 1930s. Tweed suits were paired with contrasting belts and embroidered braids that draped from the waist, emphasising the curve of the turnip skirt; dresses with officer or lavallière collars appeared in shimmering tones. Feathers have always been amongst Karl’s favourites,  and here they adorned the sleeves and hems of glittering evening gowns with slim, elongated silhouettes, resulting in a collection that we’d absolutely love to wear to social events. 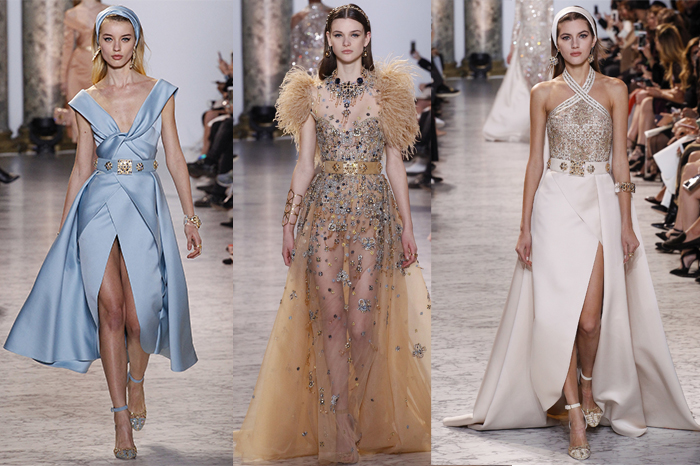 Elegant and exotic, Elie Saab drew inspiration from the cultural and artistic heritage of Egypt in the late-19th and early 20th centuries, a time when travellers and immigrants from the Levant were welcomed into the country and were free to explore creative talents. Inspired by the starlets of that golden era, the collection featured striking gowns whose soft silhouettes merged with architectural lines, intricate embroidery and Oriental patterns, to reflect the femininity and grace of these women.