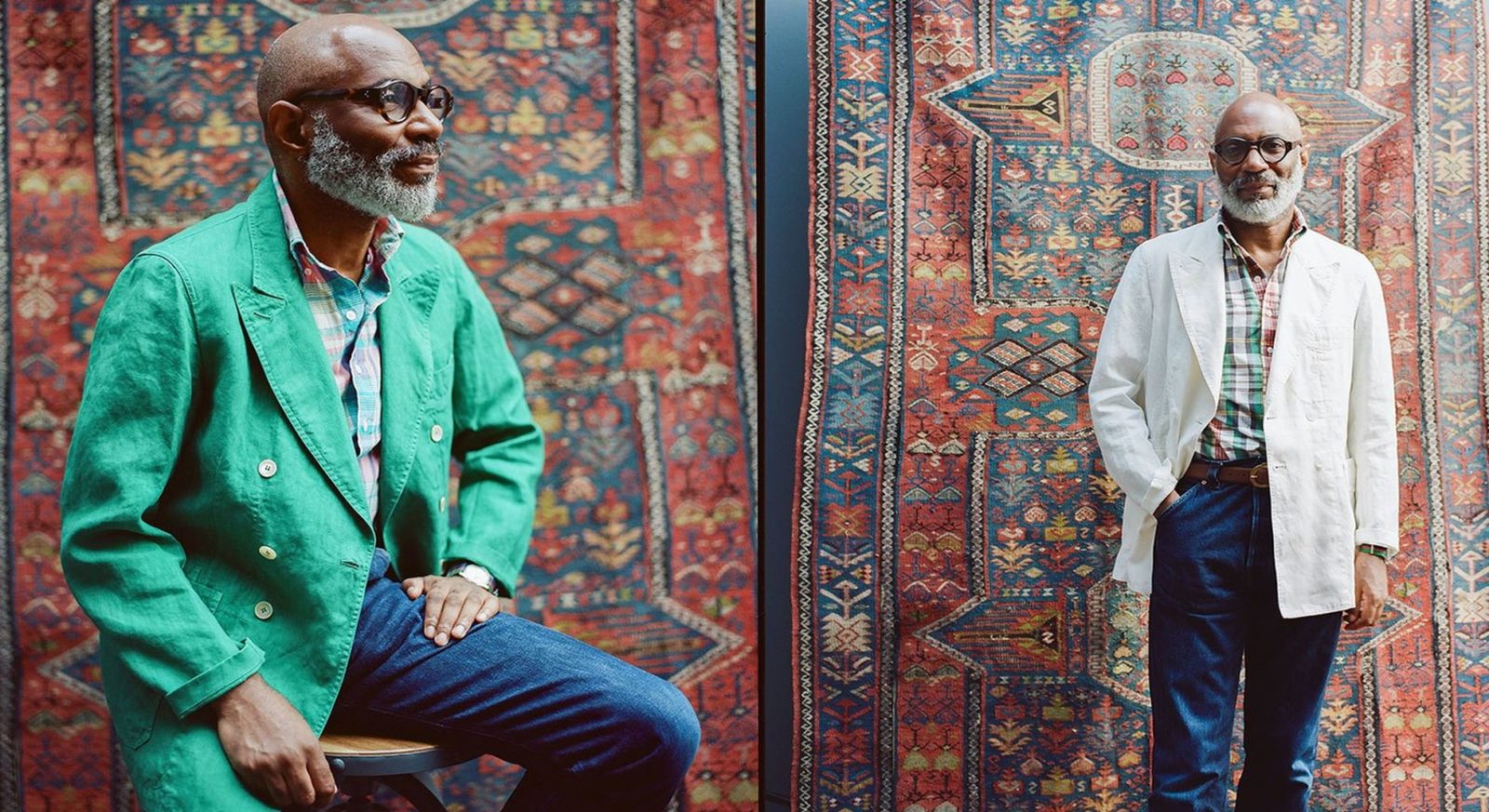 Our favourite lightweight men’s blazers worth sporting this month

Five of the breeziest men’s blazers our editors have seen so far this summer; all but certain to spruce up your next Zoom mixer. 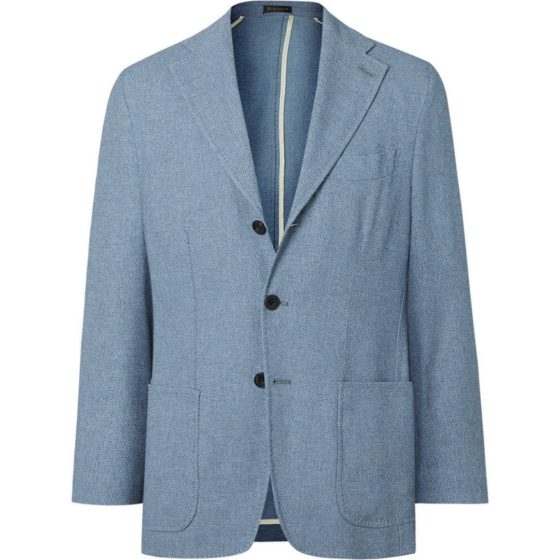 Even though Rubinacci is better known for its tradition of bespoke Neapolitan tailoring (the dynasty was originally established in 1932 under the name ‘London House’) it’s taken these last few years to polish things up on the ready-to-wear front. Seeing as how most of the brand’s global clientele can’t travel these days, that’s doubly important. This soft, woven blazer is one such development, interpreting many of the Italian tailor’s signature details — the barchetta breast pocket, a high notch lapel — for a modern audience. 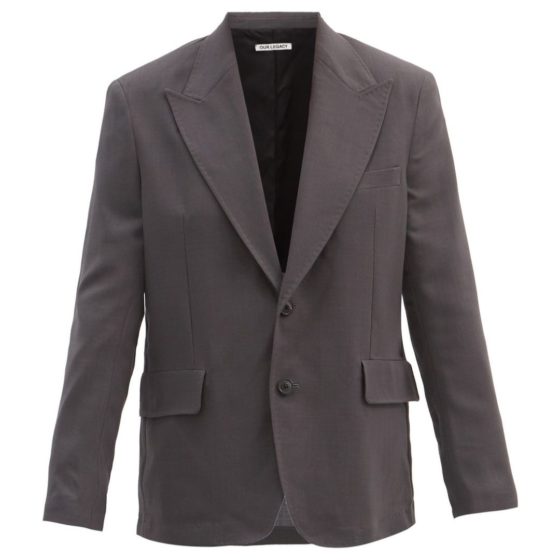 Decidedly not for the ‘nine-to-five’ crowd, Swedish label Our Legacy’s ‘New Bullhead’ is a joyous perversion of the average suit jacket — one that would look more at home on the shoulders of some gaunt hardcore scenester from the 90s. A slightly oversized shoulder, huge jetted pockets and crinkly wool Sharkskin round out a design that’s wonderfully ugly — just as #fashun intended. Just don’t attempt to wear it with moccasins and a pair of chinos. 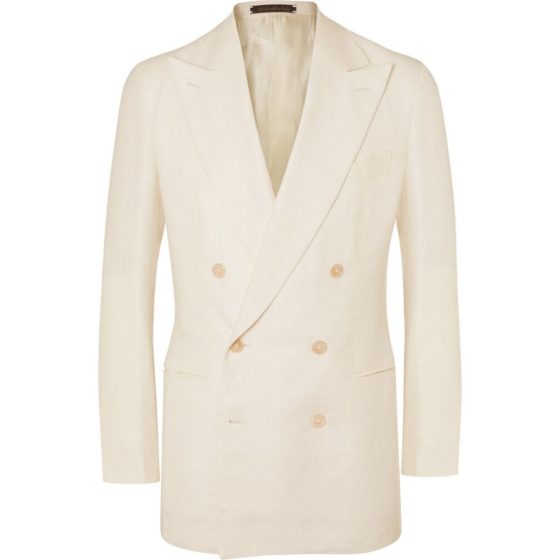 In happier and less turbulent times, this double breasted blazer is the exact sort of piece you’d be wearing for a raffish black tie look. These days, you’re less likely to be dressing for various and sundry social engagements (minus those fancy quarantine takeouts we keep hearing so much about) but Saman Amal’s pitch-perfect construction means that this DB is light and indeed comfy enough to be worn in the most casual of ways. Don’t think of it as a ‘suit’ jacket, but rather, the world’s most elegant piece of summer knitwear. 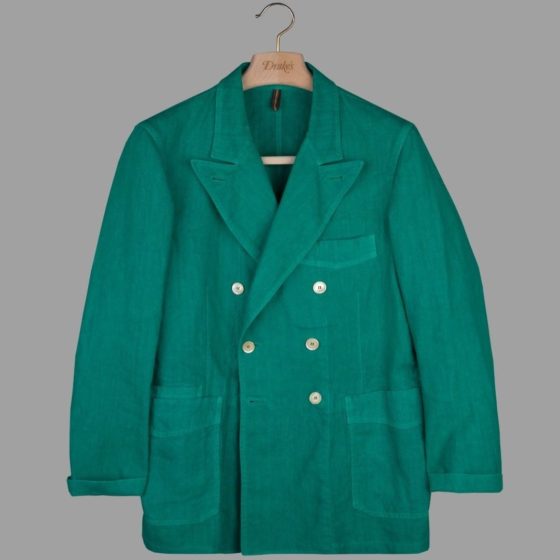 This season, London tiemaker-turned-clothier Drake’s has gone beyond the usual glut of ‘preppy inspirations’ (i.e. waspy New Englanders cavorting in a field of cricket sweaters) to unearth the soul of Ivy clothing — robust, unfussy, comfortable. Mission accomplished with this blazer: dubbed the ‘Mk. III,’ Drake’s latest design is somewhere between a worker’s jacket and double-breasted sportcoat. Resplendent in jewel-toned emerald green, it’ll look spiffy with cricket whites and an oxford. But, you’d be surprised just how well it complements the more realistic wardrobe choices — don’t be shy to throw it on with a tee and your most amusing dad cap. 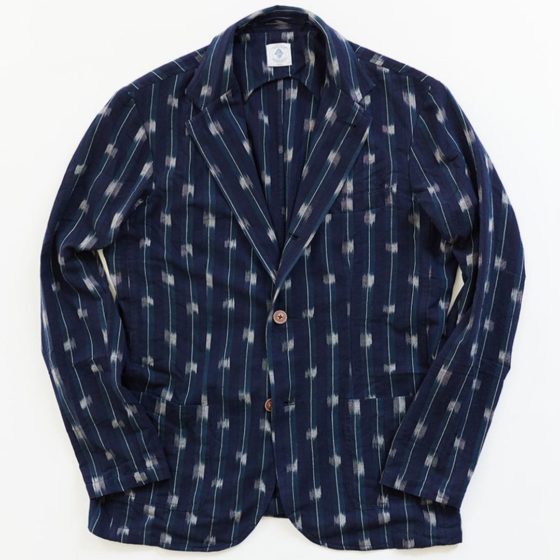 Sold by itself or as part of an absolutely wavy casual suit, the ‘Osman’ jacket is an unstructured blazer-like number decorated with ikat — a traditional South Asian textile finish which uses resist dyeing in order to create patterns. The fabric itself is a hand-loomed cotton, proudly made (along with the finished product) in partnership with Indian factories. It’s one thing to craft a beautiful, culturally distinct piece of tailoring; but few American designers doing it are guided by the strong moral compass which 18 East operates on.