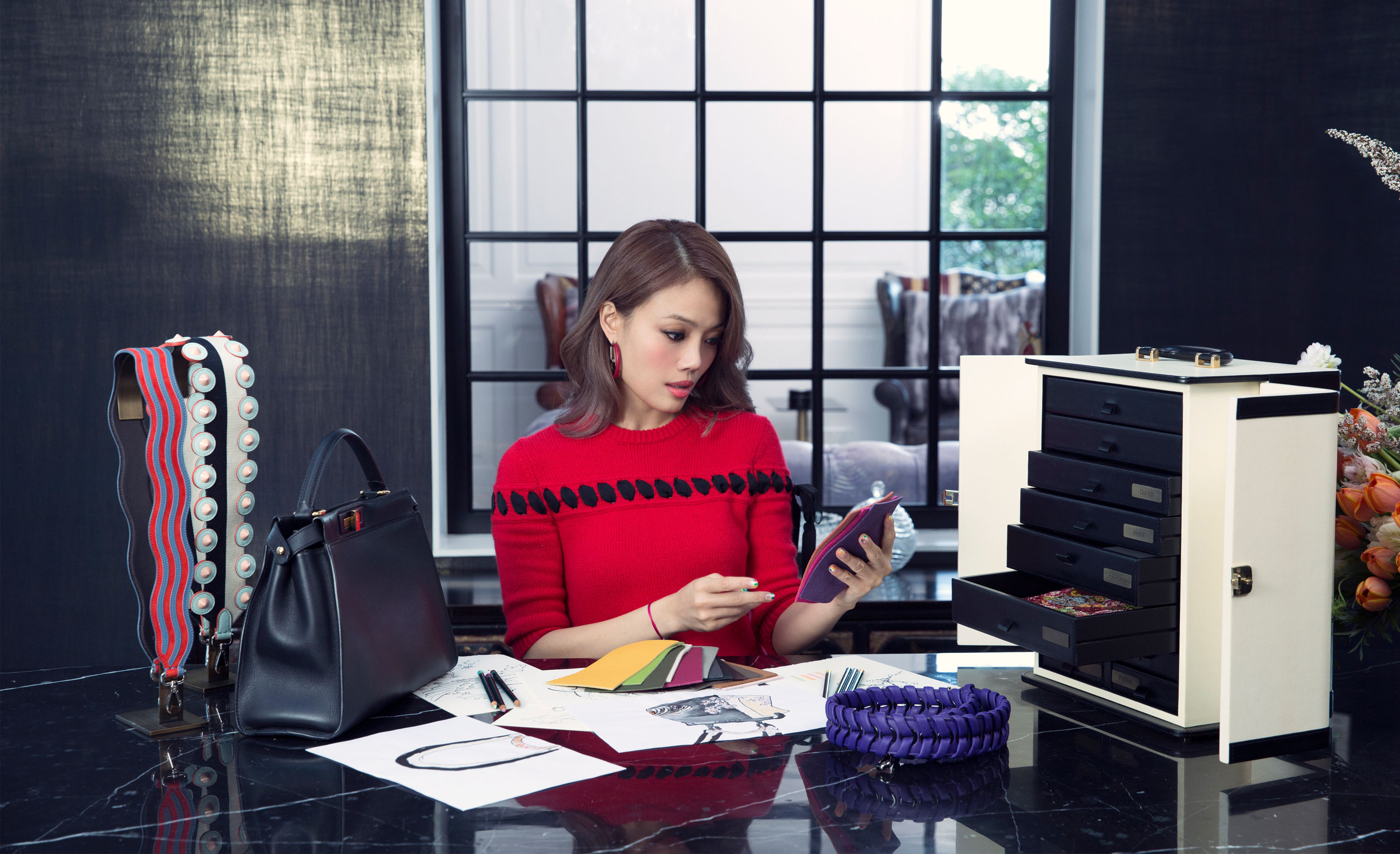 As we enter Breast Cancer Awareness Month, we’re reminded of the small things each of us can do to help make the world a better place. Italian fashion house Fendi is setting out to do just that, recently announcing its plans to launch its Peekaboo Project in Hong Kong, bringing together A-list celebrities and notable personalities in the region to help make a philanthropic, and undoubtedly, fashionable impact to benefit those in need.

Started out in the UK in 2014, the Peekaboo Project has travelled around the world and has been carried out in major countries from Japan to Korea in 2015, and China earlier this year. For Hong Kong, Fendi has invited two of the most prominent celebrities in the Chinese music industry — Joey Yung from Hong Kong and Jolin Tsai from Taiwan — to personalise two one-of-a-kind bag creations based on the house’s iconic Peekaboo bag.

More importantly, these bags will later on be auctioned out online and, as in the past, proceeds of the sale will be donated to the charity organisations personally chosen by the two stars: the Hong Kong Cancer Fund for Joey and the Prader-Willi Syndrome Association (PWSA) for Jolin.

Hong Kong singer Joey Yung has envisioned the motif of a glorious golden phoenix on her Peekaboo bag, which is beautifully embroidered onto black silk with degrading gold threads. Not only is the design a tribute to her mother Kam Fung (whose name directly translates to “golden phoenix”), it also represents the many accomplishments, as well as the fearless attitude she maintained in the face of challenges, as she rose to stardom over the years. Both sides of the bag, meanwhile, are stylishly employed with gold satin, while the handle and bar features multicolour hand-painted exotics. The name of Joey’s mother is also engraved on a special metal tag inside the bag, to further celebrate the intimate bond between the two.

Taiwanese singer Jolin Tsai, on the other hand, wished to celebrate the strength and power of contemporary women who, despite their delicate appearances, are highly capable of juggling multiple roles both in society and in life. With that in mind, she designed two 3D leather Venetian masks for each side of her Peekaboo bag, which is crafted from canvas, while the internal lining features black leather with “No” in graffiti on one side, and “Yes” on the other to represent the dual choices we face at every turn in life. The bag also features Fendi’s Strap You shoulder strap, which is adorned with multicolour degrade beads and sequins for a colourful touch.

To offer all fans (and potential bidders) a closer look at these two exclusive pieces, both bags will be exhibited at the Landmark Atrium from 20–28 October 2017, along with a total of 10 select pieces from previous Peekaboo Projects in China, London, Tokyo and Korea. These special creations include those by Chinese supermodel Liu Wen, Olympic diving champion Guo Jingjing, actress Angelababy, English musician Adele and top model Cara Delevingne, amongst others.

The exhibition will also include a digital made-to-order area, where guests can get a taste of being a bag designer as they play with the array of colour combinations and patterns on offer, and virtually create their own personalised versions of the Peekaboo bag.

For those of you who wish to show your support for a great cause, or simply your favourite idol, both Peekaboo bags by Joey Yung and Jolin Tsai will be auctioned online from 19–29 October 2017.