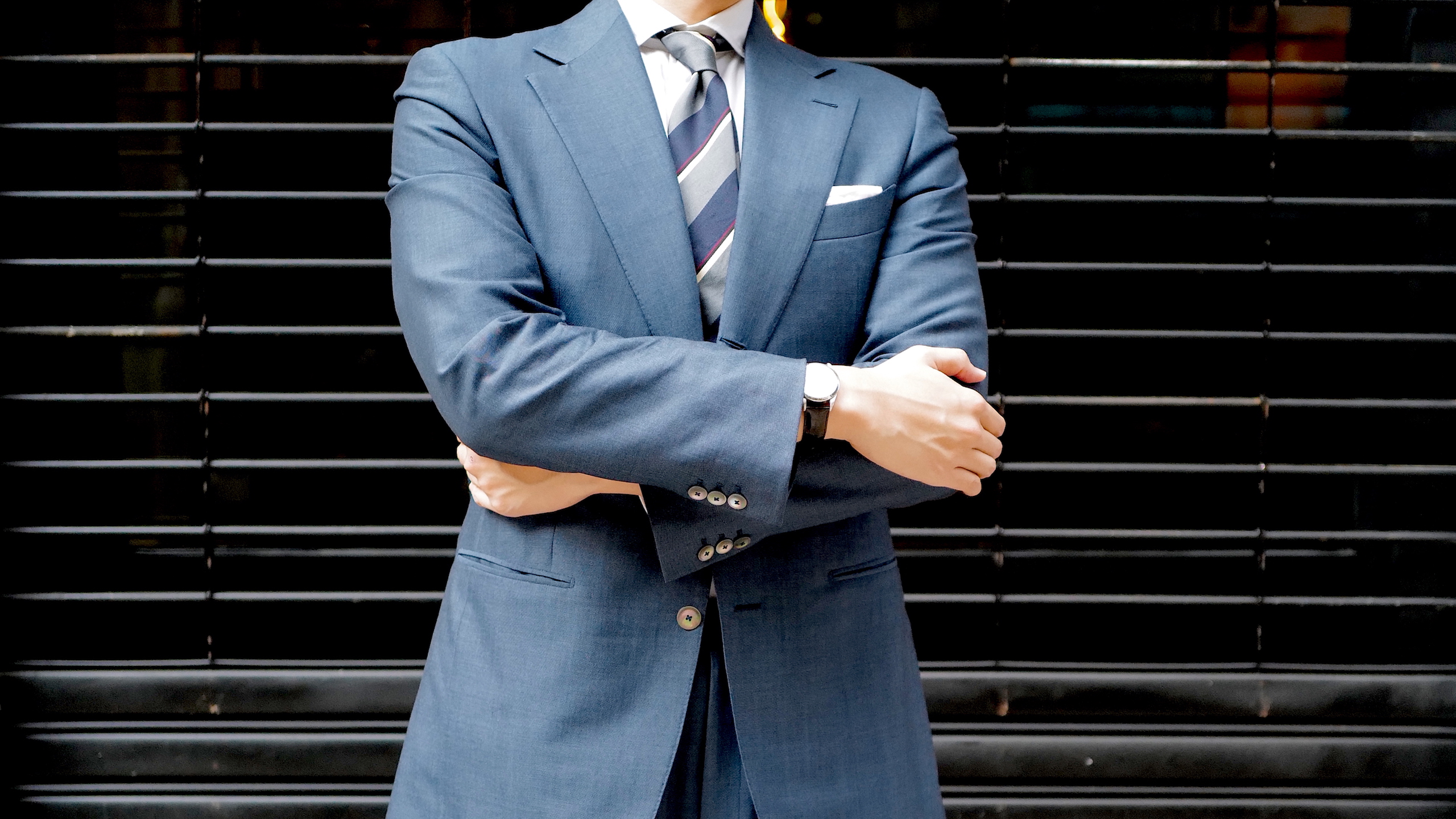 In September, I took delivery of a summer suit that Hong Kong tailor Dream Bespoke have been making for me over the past two months. With this most recent commission, the goal was essentially to showcase the level of craftsmanship for which Dream Bespoke are well-liked; and document the development of their nascent ‘house style’ — an important consideration that a surprising number of local tailors seem all too happy to ignore. Taking into account the pricepoint (suits start at a shade over HK$6,000 depending on fabric), I’m happy to report that the net result is very good: I wouldn’t hesitate to recommend Dream to anybody who’s interested in what ‘Made in Hong Kong’ (at the upper end of the spectrum) looks like, regardless of how deeply they appreciate classic men’s clothing.

Style
5 Hong Kong haberdasheries that go the extra mile
Given the pillars of the Hong Kong economy, it’s inevitable that most of Dream’s clientele will engage them to make office wear, though certain immutable principles mean that once you’ve nailed your first commission (likely a work suit), your bespoke measurements can be painlessly translated into more casual requests.

While laymen love to assail Hong Kong’s tailoring scene using idioms like ‘cheap and cheerful’, the reality is that the former crown colony is home to a multiplicity of suit makers — running the gamut from tourist traps to ‘Red Gang’ houses developed under the tutelage of European masters. Strictly speaking, Dream doesn’t fall into the latter category, though the garments they make are often associated with the full, drapey, Savile-esque cut that is the hallmark of the Red Gang. That’s partially down to Dream founder Ricky Kwan’s dad — a tailor with some 40 years experience, who was trained in the British style of coat & trouser making.
Mr. Kwan Senior’s supervision of the business means that all of the garments possess the DNA of genuine bespoke: buttonholes are handsewn; canvassing is attached manually; and individual pieces like the collar and lapels are handpadded. Fittings are another area in which significant energy is invested. Unlike smaller, volume-driven operations, Ricky doesn’t impose an upper limit on the number of fittings it takes to make a suit; and prefers to proceed on a ‘it’s done when it’s done’ basis that encourages diligent appraisal of each individual client. Make no mistake, there’s no shortage of ‘tailors’ in Hong Kong who claim they’re doing all the aforementioned stuff, but the reality is that few have the capacity or actual expertise to support what is (in many cases) marketing fluff. Fortunately, not so for Dream.

At Ricky’s urging, I opted to have the suit made in a fabric that would be suitable for Hong Kong nine months out of the year: a wool/mohair blend from Holland & Sherry. (For bunch nerds, the exact reference is 2819036 from the ‘English Mohairs’ book.) The cloth is a miniature birdseye, coloured with either a teal or gray cast — depending on how much light you’re exposed to. Additionally, it’s something of a performance fabric: the larger proportion of wool gives the cloth body and shape; whereas the mohair (a natural long-strand fibre harvested from Angora goats) makes for suiting that is cool, dry and crisp to the touch.
Both the cut and details are fairly conservative, well within the realm of work that Dream’s tailors are known for. The jacket is cut with a 3-roll-2 front, flapped hip pockets (tucked in above) and a barchetta breast pocket. The trousers fly similarly under-the-radar: featuring single pleats; an extended waistband; and 5cm cuffs.

There is some question as to whether the finished product accurately depicts Dream’s ‘house style’. Short answer — yes and no. In previous years (like most Hong Kong tailors), the Dream Bespoke cut was nominally classified as ‘British’; though ephemeral tastes meant that its development was sidelined in favour of whatever happened to be trendy amongst customers. To his credit, Ricky is gradually coming around on the idea of having a ‘signature’ Dream cut; and as a result, this suit takes elements of classic British tailoring and optimises them for a modern audience. That necessarily translates into a garment that’s a good deal softer than what you’d expect from a traditional Hong Kong tailor.

To be sure, we’re not operating at the Neapolitan end of the spectrum, though the lightweight canvas, straight lapels, and relatively open quarters are all style queues reminiscent of European tailoring. The shoulder is, if anything, the most Anglicised detail: the armhole is much larger than what you’d see on a typical Italian jacket, and is joined cleanly at the sleevehead (which is itself raised slightly above the shoulder line).
The most pleasant surprise is just how well this suit wears in a variety of situations. It’s obviously very flattering within a formal context (ties, in particular, help to accentuate the shaping of the shoulder and chest), though the wool/mohair fabric’s slight iridescence makes for an exciting counterpoint to earthy shades of casualwear.

The suit was completed over the course of three fittings — a number typical of bespoke commissions. It’s worth reiterating that the ‘from scratch’ nature of this process — which is what makes it expensive and labour-intensive — means you’re able to address a range of unique personal concerns (e.g. bone spurs, poor posture, uneven gait etc), resulting in a fit that’s superior to even the most accurately sized ready-to-wear.
For instance, during the initial basted fitting Ricky was able to eliminate the gap around my collar (a side effect of shoulder misalignment) by cutting one side of the jacket slightly higher than the other. Similarly, the imbalance in the fronts (caused by my forward-pitched posture) was resolved by a process of gradual tweaking — something that’s not possible if you’re working from a pre-made garment or fixed set of measurements. To nitpick for a moment, the trouser leg is an area that I feel could use improvement: as the excessive width below the knee causes distortion of the pleat and twisting of the cloth whilst standing.

Overall, through a process of three fittings, Ricky & co were successful in crafting a jacket that is clean, balanced and fulsome.

The slightly oversized leg opening (beneath the knee) can cause sporadic twisting of the trousers.

On balance, I’d be happy to recommend Dream to anybody who’s passionate about well-crafted, fairly priced, locally made tailoring. The ‘house style’, such as it is, needs further refinement — if Dream are to effectively differentiate themselves from other well-made if uninspiring Hong Kong tailors. Having said that, Ricky and his team are serious about playing a more active role in shaping the ‘look’ of Dream Bespoke; and once they get that right, well, the quality of the work already speaks for itself.