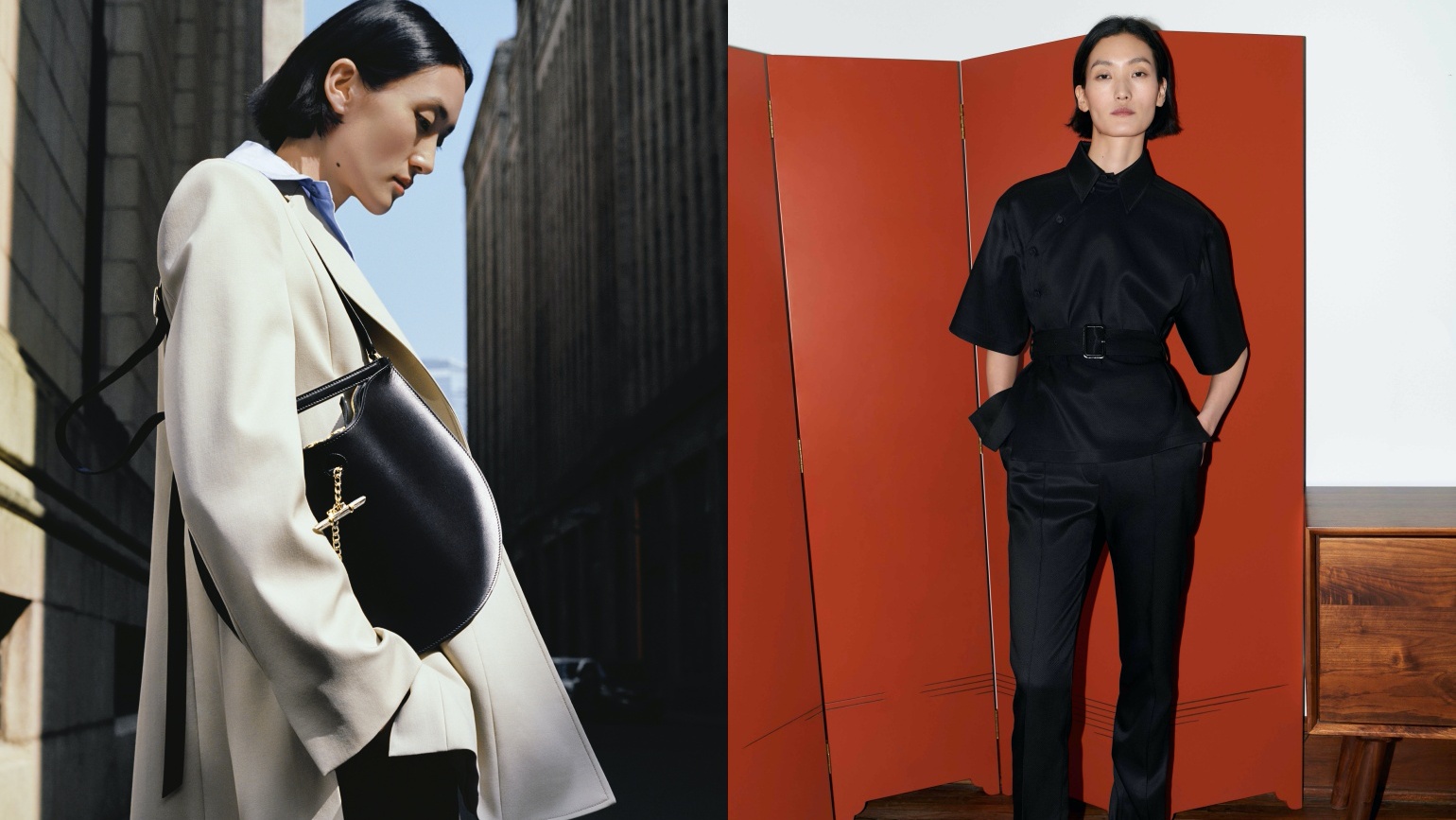 You’re probably already familiar with the Shanghai Tang brand. Surely. A Hong Kong fashion scene mainstay, the home-grown label is well-respected and dearly admired for its heritage designs, in particular the traditional Chinese qipao and florid patterns on the silky Tang jacket — both of which has been continuously reworked through the House’s archives to fit in changing trends.

Nonetheless, Shanghai Tang’s pieces have often strayed a little too formal — too dressy; traditional — for daily routines, becoming only reserved for the occasional holiday or family gatherings. And other than perhaps a quick browsing for gifts for a leaving friend, there’s never been much reason to step into the beautifully antiqued interiors on Duddell street. But now, that’s about to change. A chance to head in and shop for you, yourself!

Look closely to spot Ahn’s ingenious touches that tie back to Shanghai Tang’s core design narrative: the bias-cut collars, shifted plackets are reminiscent of the frog-knotted clasp that run diagonal across collars on traditional pieces; the neat, uniformed grids are a reworked edition of a signature Shanghai Tang pattern, first devised from the latticework of traditional Chinese windows; and the high side-splits on blouses and gilets offer a modern interpretation of the subtle slice upon traditional qipao hems.

It’s a collaboration that makes sense. Afterall, Ahn spent her formative years residing in Hong Kong, namely at the infamous Chungking Mansion, after being enamoured by Wong Kar-wai’s film of a similar name, Chungking Express. The colour palette, thus, is a pared-back spectrum of simple and sophisticated greys, whites, and beiges. Shades that will undoubtedly incorporate beautifully into your already existing wardrobe.

And it doesn’t stop there; the collection’s accessories demonstrate a more tangible evidence of Ahn’s detail-orientated design. There’s a crossbody named ‘Fortune Cookie’, moulded after-dinner snack’s iconic concave, dumpling shape, and also a sleek leather tote tinkered with a very Shanghai Tang’s essence: The adjustable buckles at the hand-held straps are shaped as bamboo stalks; embossed half-moons bookend either side — a tribute to the ancient Chinese belief of unity and purity, and finally, with four inner pockets, the tote stretches open to reveal a square centred within a circular shape, the exact figure of a traditional Chinese copper coins (方孔錢).

An admirable showcase of Yuni Ahn’s expert approach to reworking time-honoured designs with a modernised lens. The rest of the Fall collection is scheduled drop in the coming months. Look out for it. Don’t blink, or you’ll miss those carefully considered details.

Shanghai Tang Yuni Ahn
Lorria Sahmet
Style Editor
After two years of covering luxury retail, Lorria is thrilled to be writing in fashion, food and lifestyle here at Lifestyle Asia. When not roaming around garden centres hauling back new plants for her indoor jungle, find her hunting down the best fries in the city. She's happiest by the ocean with a fishbowl glass of ice-cold Aperol spritz.
Style Jewellery Wellness Food