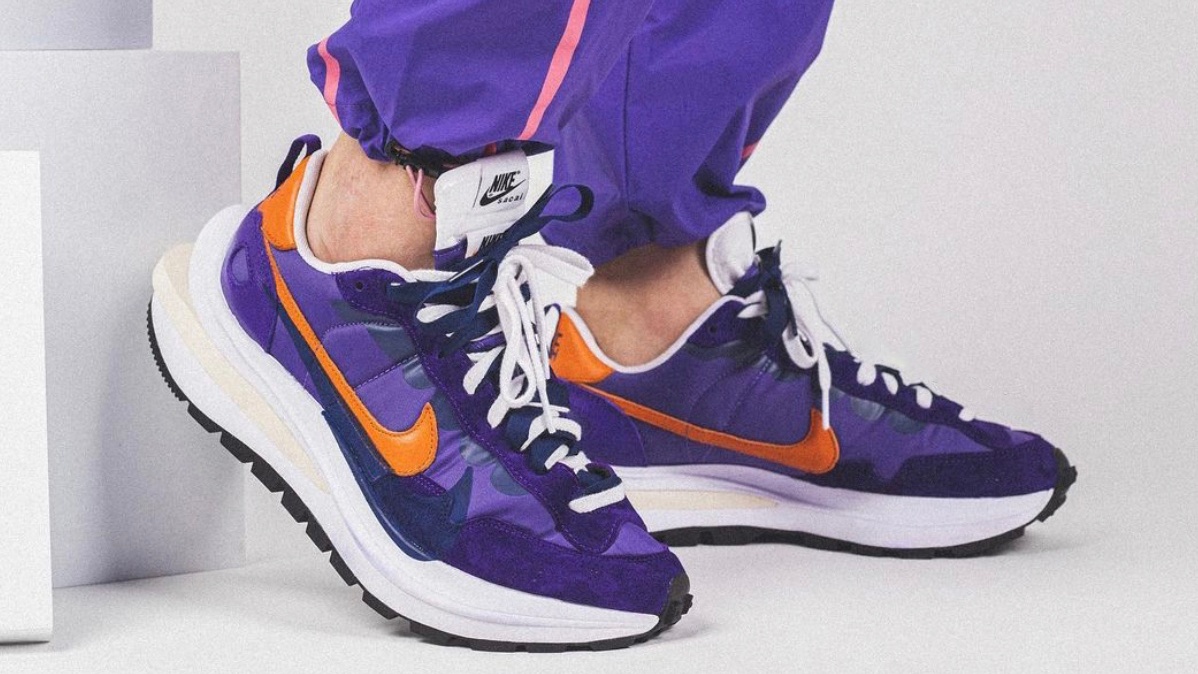 The best sneaker drops to know about in April 2021 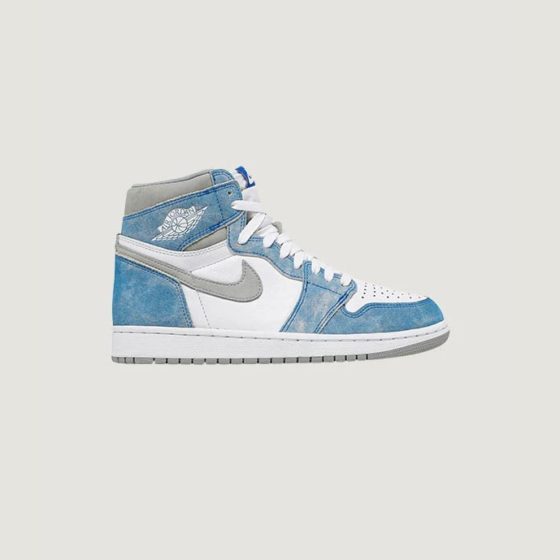 This new colorway of the Air Jordan 1 Retro High from Nike is made up of leather and weathered suede overlays, reminiscent of the turbo green edition that was released in 2019 and has since met a skyrocketing re-sale price. A soft, dreamy palette of smoky grey, white and faded blue, it’s contrasted by bright blue logo tab – we say its the perfect pair for the coming spring and summer season. 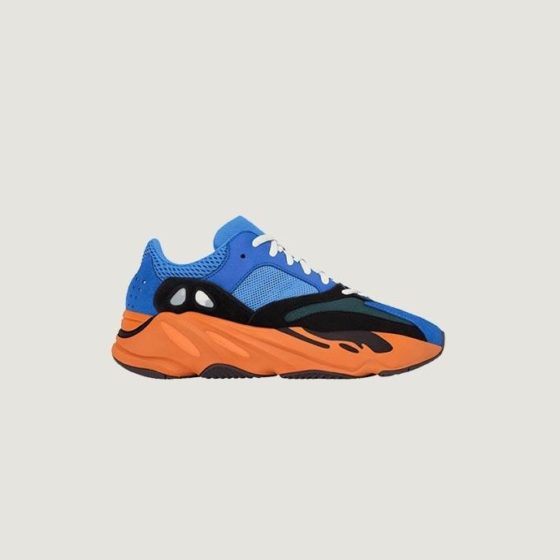 The new Yeezy Boost 700 ‘Bright Blue’ may appear familiar; it’s inspired entirely by the original ‘Waverunner’ silhouette. Except for this pair, Yeezy takes towards a brighter, bolder, colour-blocked palette that was first teased by Kayne in August. An upper dipped in electric blue leather — similar to the one used in Kanye’s ‘Jesus is King’ album cover– is set against a subtle mesh panel of forest green, before continuing down to a zingy orange midsole blended with reflective details on either sids of the shoe. No doubt that this chunky silhouette, fitted with Yeezy’s signature Boost cushioning, will make flaunting around cityscapes all the more comfortable. As it’s written into its namesake, green is the accent colour in this retro shoe. While it shares two gradient shades, a lighter, barely-there mint green leather base and a countering darker ‘Dutch Green’ sage overlay, it’s the baby pink laces that grab all attention —  they’re reminiscent of the Travis Scott iteration that was first used in his Air Jordan 1 collaboration. The classic Swoosh and Wings logo remain for a honest dedication to the classic silhouette. 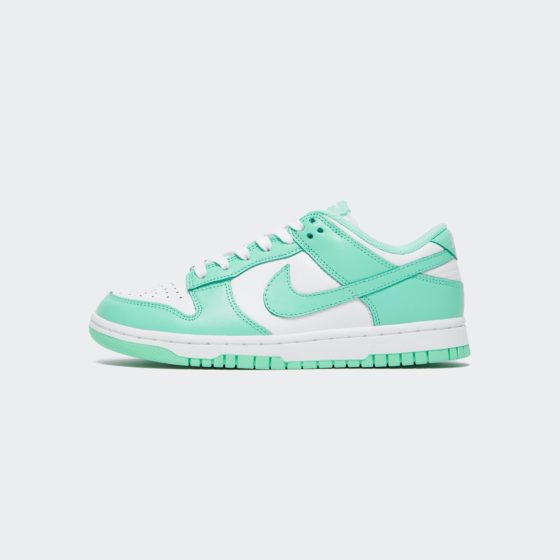 Now this is one pair worth getting excited about. Nike had previously made a promise on providing more sneakers options for women; the unveiling of this pair is a continuing proof of that statement. Released in the popular Nike Dunk silhouette, this version sports a bright neon green shade against its simple two-toned combination it’s known for. Despite being a shade not commonly seen, we are more than delighted by its appearance. A perfect pair for spring rotations. 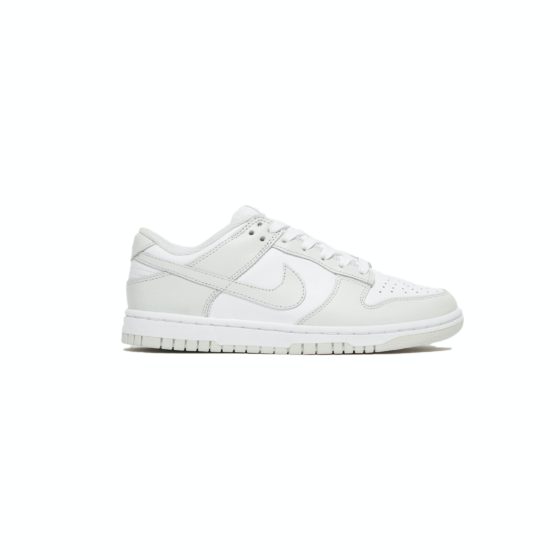 Ladies, if your prefer your shoewear minimal, Nike has got you covered once again with another Dunk silhouette. This time, in a soft pearl grey named ‘Photon Dust’ – similar to the Air Jordan 1 Retro High neutral grey and the Dunk High Vast Grey seen in previous releases this year – it encompasses all the beloved characteristics that come with the style: pared-back simplicity, easy wearability and long-time adoration. 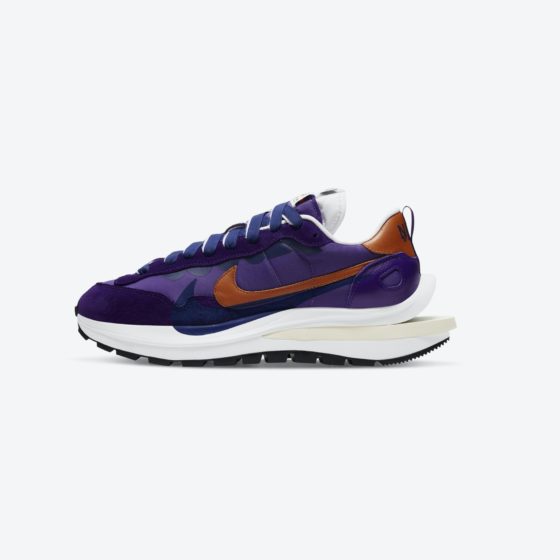 Sneakerheads can’t get enough of the Sacai x Nike collaboration, and we can see why: every release is as sleek and impressive as the next. This spring, prepare for the collaboration’s VaporWaffle third drop, baptised as ‘Dark Iris’. A statement-making mixture of deep purple, navy and burnt orange, the pair also encompasses Chitose Abe’s penchant for deconstructionism in designs by lifting ever-so-slightly the top tip of the outsole for a subtle splintered look. Unlike it’s VaporWaffle predecessors, this pair will feature smooth nylon in place of the normally used mesh to lend a more retro overhaul to the shoe. 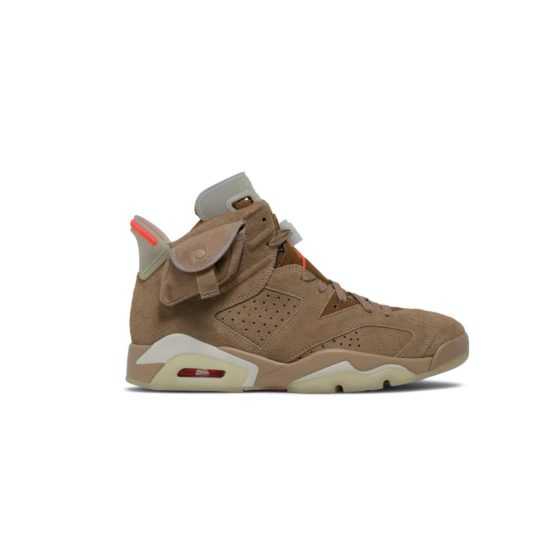 The Travis Scott x Air Jordan 6 has been consistently teased everywhere, giving the new ‘British Khaki’ much to whisper about. It was previewed on La Flame’s Instagram and even downsized into a smaller pair made for Stormi. The new Air Jordan 6 release will retain the same earthy tones spotted in the previous olive ‘Cactus Jack’ colorway launched last year, except this edition will be mainly — and evidently — a beige, khaki base palette with pops of orange detailed all over. Worth a note: a new zipper detail is added on to the pair’s pocket detail, attached to the lateral sides. 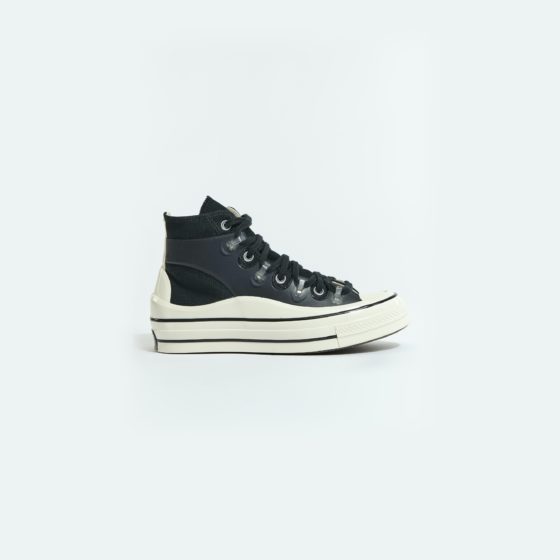 Countless designers, from Virgil Abloh to Maison Margeila, have reimagined this timeless Converse silhouette. This spring, fashion designer Kim Jones, currently the menswear designer for Dior and womenswear designer for Fendi, will join the pack in unveiling his take on the Chuck 70. Expect a honest recreation that combines UK street-style with a distinct 90s perspective. The most evident detail of the redesign: the retro-inspired TPU cage that wraps around the mid panel of the shoe lending more stability to the canvas base. 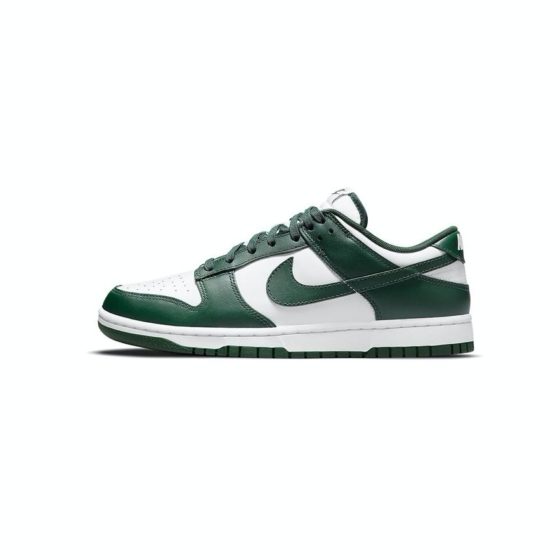 It seems that Lebron James was quick to join ‘Team Green’, as he’s already been spotted rocking this pair early this week. Both colorways are part of the ‘Be True To Your School’ pack; the Michigan is a replica of the Dunk High SP ‘Michigan’ released in September 2020, while ‘Team Green’ is a reiteration of the Dunk Hi SP ‘Spartan Green’ also released in September 2020 – except this time, both pairs are being released as Dunk Lows. Get yours to match Lebron’s below. 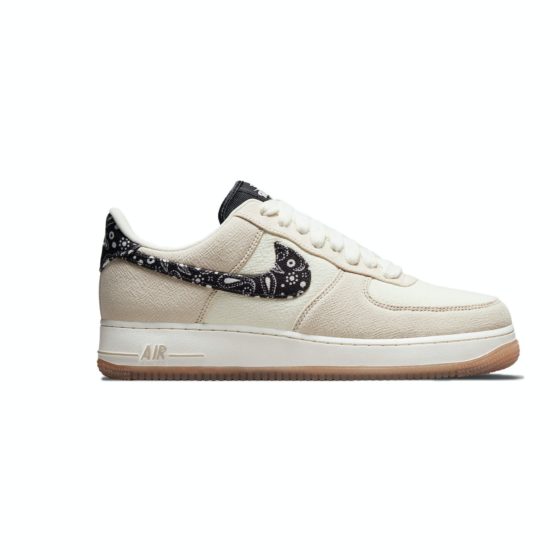 It looks like Travis Scott is proving himself to be a real trendsetter with Nike by cleverly incorporating elements from his collaborative sneakers, like his pink laces, and now this bandana print that was a first predominantly used in the Travis Scott Dunk Low in Spring 2021. A dual cream tone – textile pattern covers the shoe as well as chunky cream laces. And the star of the show: the black paisley printed swoosh sits on the lateral sides of the shoe that extends all the way to the heel tab. A perfect combination of solids and prints for the summer.