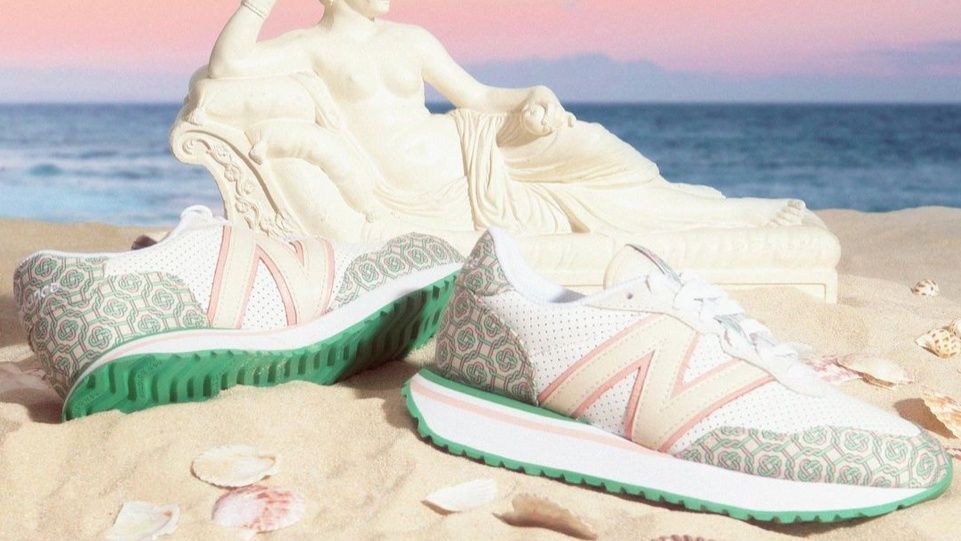 The best sneaker drops to know in March 2021

All the most hyped sneaker drops, under-the-radar gems expected to garner skyrocketing prices and rumoured releases to check out this month, from our contributor, Sneaker Surge HK‘s Mira Uttamchandani. 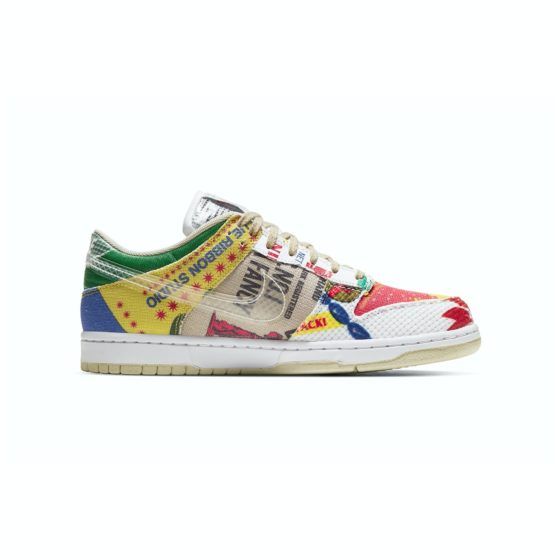 The Nike Dunk Low ‘City Market’ pays homage to grocery stores with a patchworked upper of upcycled packaging from the supermarket dry goods aisle, including rice and coffee bags. Naturally, each shoe is unique and differs from each other in graphics and colour. The standard Nike tag on the tongue is swapped out for a nutrition-esque label that also doubles as a secret zipper compartment that are usually added in the inner lining of reusable grocery totes. Other tributes to the multifaceted muse: a ‘Blue Ribbon Sports’ logo, which was Nike’s original company name as well as the atypical gratitude greeting on the exterior of plastic shopping bags pieced upon the sock liner that read: “Thank You for Caring.” 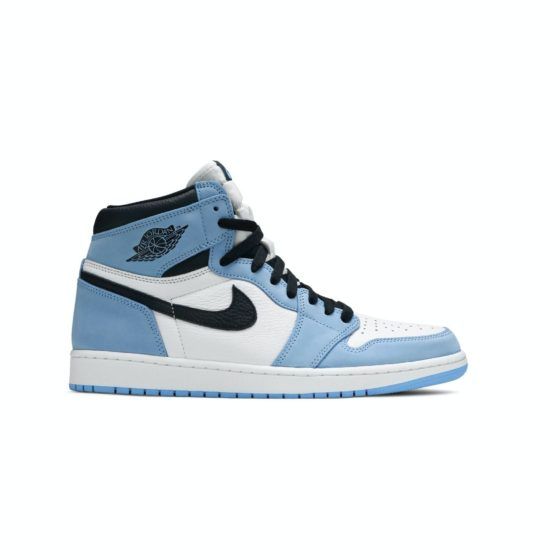 One of my favourite launches this spring: The Air Jordan 1 ‘University Blue’. These are the first Michael Jordan UNC Alma Mater-inspired colourway we’ve seen since the Obsidian which was released in the summer of 2019 and were met with sky-rocketing prices. For this pair, suede overlays clad in powder blue cover a white leather base, while the ankle collar and swoosh are finished in a sleek jet black. Duotone sole and black laces (the box includes an interchangeable pair of extra white laces) rounds off the classic design. 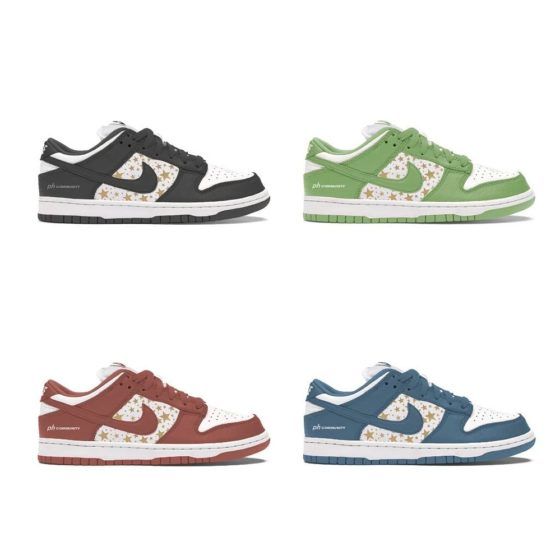 If you can’t go to the moon, reach for the stars and grab a pair of the Supreme x Nike SB Dunk Lows. It’s go-big-or-go-home with these pairs, and launches in a four colour pack: ‘Hyper Blue’, ‘Mean Green’, ‘Black’ and ‘Backroot Brown’. In each pair, a white base is overlaid with faux crocodile skin in each respective shade, and a starry print at the mid-foot that’s evocative of the 2003 Supreme x SB Dunk launch that spotlighted on the high-top Dunks. At the insole, a bright shade of Supreme’s signature red serves as the background for the co-branded logos.

Just in case these details are not exciting enough, look closely, the pair is laced with a gold metallic ‘Supreme’ dubrae upon the centre for a flashy statement. 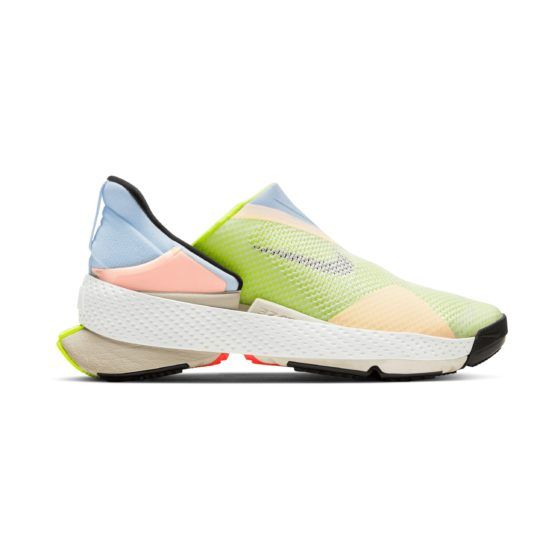 First released to selected Nike members on 15 February, Nike’s ingenious Go Flyease are the brand’s first hands-free sneaker, a staunch showcase of the sport giant’s leading innovation and expert engineering. The mechanics are straightforward: a step-in ‘diving board’ sole that locks into position and pops back out by stepping on the ‘kickstand’ at the back of the heel after brisk walks. The bi-stable hinge and midsole tensioner bands allows for a snug and secure fit during movement. A design, first and foremost, for ease, but also a pair perfectly made for rushed mornings out the door, we think.

The announcement led to a skyward increase in Nike’s stock price overnight, with its snowballing presence on social media giving it even more traction. The general release launches 19 March and will include three different swatches. Stay tuned! 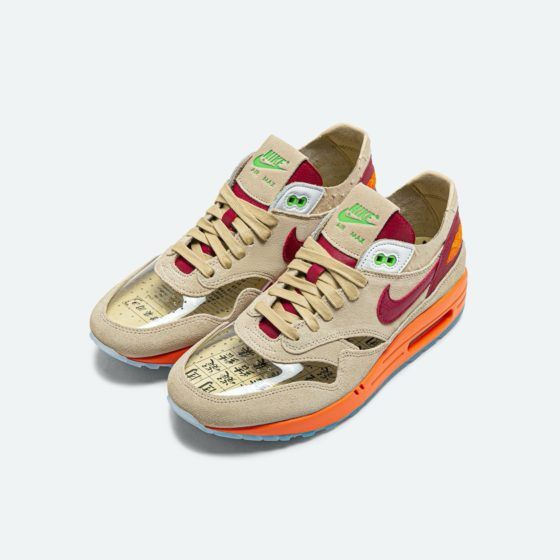 Only in the sneaker world would there be a shoe release in celebration of another similar shoe. These CLOT x Air Max 1 ‘Kiss of Death’ sneaker are exactly such. The ‘Kiss of Death’ was first released in 2006, and 15 years on, the Hong Kong-based brand and international sneaker maven are breathing new life into another Air Max 1 with new imagination.

One that nods towards Chinese traditional medicine, in particular acupuncture and the concept of  ‘Qi’ , energy flow, the 2021-edition ‘Kiss of Death’ is a tangible effort in bridging the east and west cultures. The overall design is kept the same albeit a few tweaks in details: The use of snakeskin and ostrich materials; an updated transparent toecap that reveals the reflexology-chart-printed insoles; and a well-mapped layout of the foot’s pressure points upon the underside of the powder-blue outsoles. 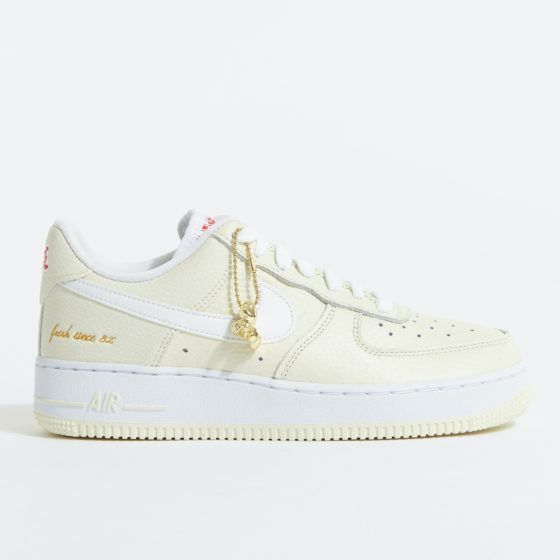 It’s been a while since we’ve been to the movies. If that familiar waft of buttery popcorn is what you’re missing the most, then these Nike Air Force 1’s are one for your cravings. Dressed in premium tumbled leather shaded in what the brand is calling ‘Coconut Milk’, the pale yellow and white combination is so evocative of freshly popped popcorn, extra salted.

At the tongue, the Nike label redesigned with red and white stripes — a nod towards classic theme-park popcorn packaging. On the lateral sides, gold embroidery in a neat cursive reads “fresh since 82”, the year in which the Air Force 1 first launched. More concrete nods towards the cinema snack muse is also prevalent at the allover-popcorn-print insoles and a golden popcorn charm swinging upon the top laces. 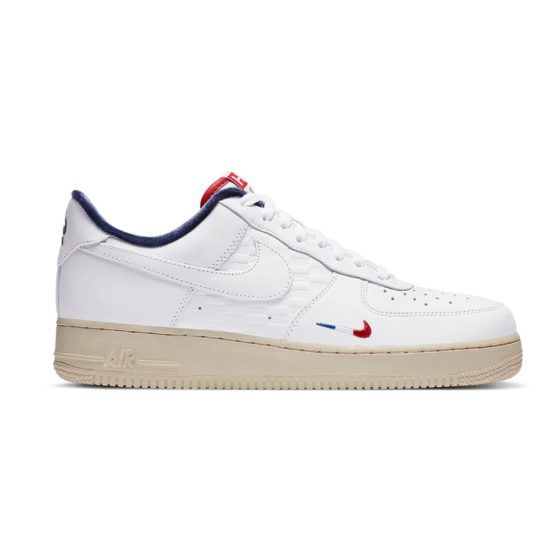 It’s been a year since Kith opened its Tokyo store. And 26 February marked another as Ronnie Fieg and his Kith crew ventured across to Europe to open the doors of Kith Paris. To commemorate the event, there was the special release of a new Nike Air Force 1, aptly dubbed ‘Paris’, The shoe is entirely inspired by the French flag, naturally, with a simple white and cream base along with hints of red and navy peppered allover, including a luxurious velvet sock liner. Don’t blink or you’ll miss the mini Swoosh recreated in the flag’s signature tri-colour along the lateral. Très magnifique! 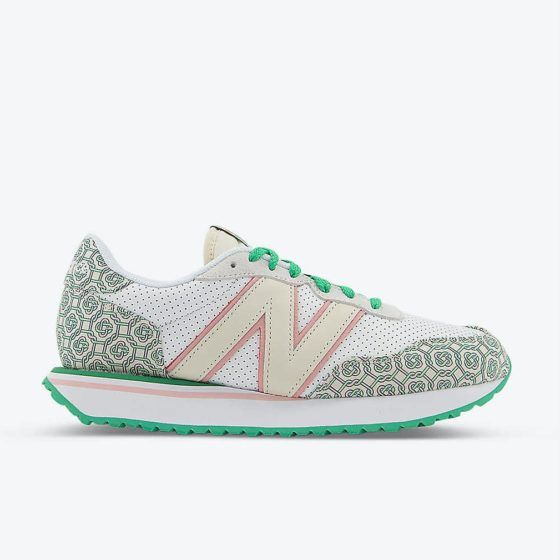 There are many things that we love about this Casablanca x New Balance 327 sneakers. The monogram pattern primed allover the pair’s upper that appeared first on the Parisian brand’s winter collection last year. The perforated panels that give the shoe a sense of functionality. The minty green and pastel pink accents that reminds us of summers in Europe. Created in New Balance’s latest fan favourite, the 327 silhouette, it’s a pair that celebrates the best of both brands. Luxurious yet comfortable — we’re saying absolutely yes! 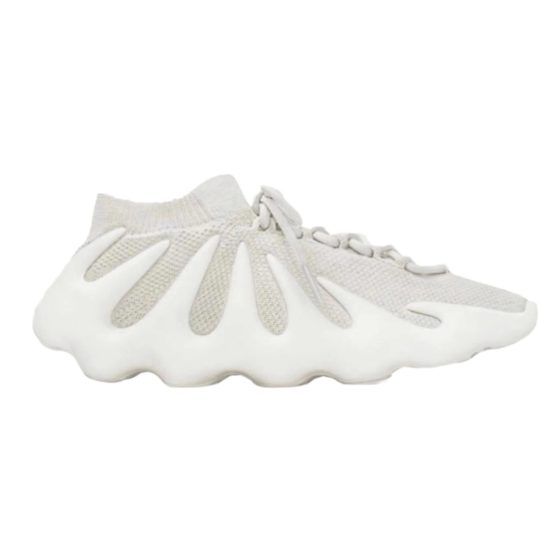 Of all the releases planned from Yeezy this month, these Yeezy 450 ‘Cloud White’ has to be the most anticipated one yet. A silhouette that has never been released, the Yeezy 450 is designed by the legendary Steven Smith whose resume includes some of the world’s biggest athleisure brands including Nike, Reebok, New Balance and Adidas. It was first teased in early 2020, when Kanye sported the pair outside the Yeezy Season 8 show at Fashion Week. Now you can sport a pair of your own too. 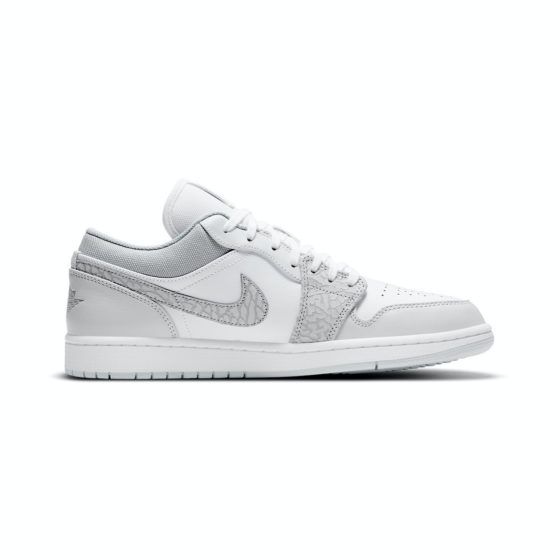 We adore this pair not only because it reminds us of the Air Jordan 1 Dior Lows or the recently release Air Jordan High 85 Neutral Grey, but because it’s a just such a wearable classic that we know will take us through day to day with ease. It also marks the first ever Air Jordan Lows that features the elephant print which is seen on the Swoosh and forefoot overlay. The choice of a tonal grey palette is significant too, a tribute to the German capital of Berlin’s architecture and the urban city’s favourable use of tarmac.