He embodied his famous character with panache from the moment he appeared in ‘Dr. No’ (1962). It was enough to change the mind of Bond author Ian Fleming, who originally felt that he wasn’t the right guy for the role. Yet Connery would go on to play the British secret agent for the next six films, and nobody has looked better doing so.

It’s not just because the Scots actor, who passed away on Halloween, had the fine-tuned physique of a bodybuilder. Nor was it that his face met all the metrics for him to be deemed an Adonis by the ancient Greeks.

As Bond, the man also had impeccable style, and it would inform the wardrobes of future 007 actors and men like John F. Kennedy. Jeffrey Kurland, the costume designer of 2020 Christopher Nolan hit ‘Tenet’, was one of many to be inspired by the star. He described the Bond look as one that “lasts and works.” Indeed, nobody made suits look better than Sean Connery.

Oversized hoodies and baggy T-shirts may be the order of the day, but these hardly spell out ‘sophisticated.’ Look instead to Connery’s Bond outfits, which were tailored to fit his brawny frame just so. Especially his many suits, which were the work of Anthony Sinclair, a tailor from London’s Savile Row.

Sinclair created what was known as the ‘Conduit Cut,’ a suit that gently cinched at the waist. His jackets didn’t exaggerate Connery’s broad shoulders, and his trousers were trim and tapered — not tight, like the Tom Ford ones that Daniel Craig‘s 007 wears.

For his first James Bond film, Connery literally lived in Sinclair’s suits; it speaks of their level of comfort that the actor went as far as sleeping in them. That doesn’t mean you have to wear a suit all the time, but having proportionate clothes that let you move comfortably is a secret to cutting a fine figure.

Connery had to be dressed to kill, not to impress, and his understated wardrobe reflected this. Sinclair himself didn’t believe in showing off; the tailor wasn’t a fan of the pomp and flair of padded shoulders, or distracting details like lapels that were very wide or very narrow. The suit, for him, ended and began with its cut.

While Connery’s outfits appeared simple and sober, there was also an unexpected charm to them for the eagle-eyed observer. One example are in his shirts, which featured cocktail cuffs that are fastened by buttons instead of cufflinks. Connery also popularised the knitted silk tie — a surprising, if not slightly informal, accessory for his suits. It was to the dashing actor what the hoodie is to Mark Zuckerberg.

He may have had suits in fifty shades of grey, as well as the occasional blues and browns, but these were anything but boring thanks to their textures. Some of them shone with smooth silk, while others, made of woollen flannel added a tactile touch.

That’s really all anyone needs to look good, but, like Connery’s role as James Bond, it takes years to master. Once you do, you’ll be able to pull off different looks with the same flair as the actor played different roles later in his career. For now, though, you can work with the essentials we’ve rounded up below. 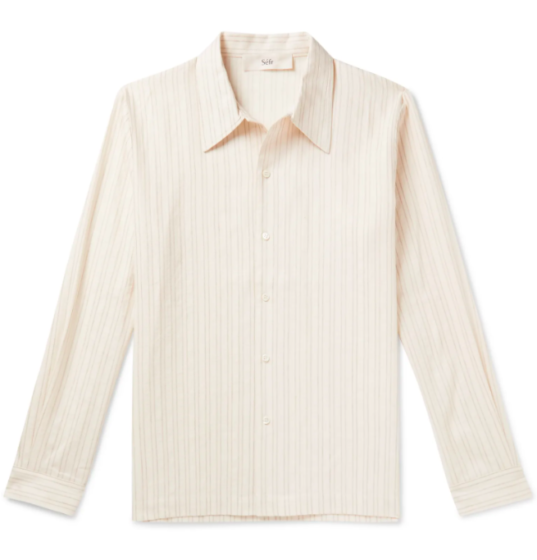 The Swedish menswear brand first started off selling vintage wear before longtime friends-slash-founders Messrs Per Fredrikson and Sinan Abi tried their hand at designing minimalistic clothing. The pinprick rows of tonal stripes fade into the creamy background of this linen-cotton blend Ripley shirt for a wholly fitting vintage appeal. 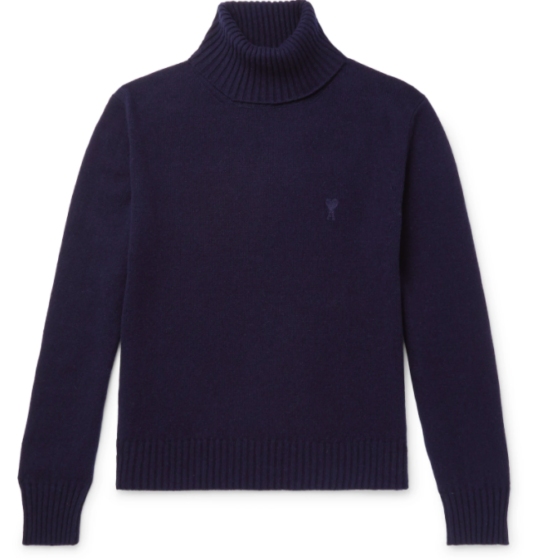 Ami Paris cashmere roll-neck sweater
As the weather takes a chilly turn, so do wardrobes that undergo the annual overhaul of switching from cottons to cashmeres. This rollneck sweater from Ami holds all the core qualities one would look for in an everyday knit: a muted palette, butter-soft feel and an effortless charm that is palpable as soon as you slip this on.
£320.83 (approx. HK$3,276) from Mr Porter Finding the perfect pair of trousers can make or break a carefully styled ensemble. These Incotex trousers are are cut deliberately in a shorter length to hang just above the ankle — a fitting adjustment for the currently trending cropped silhouette. 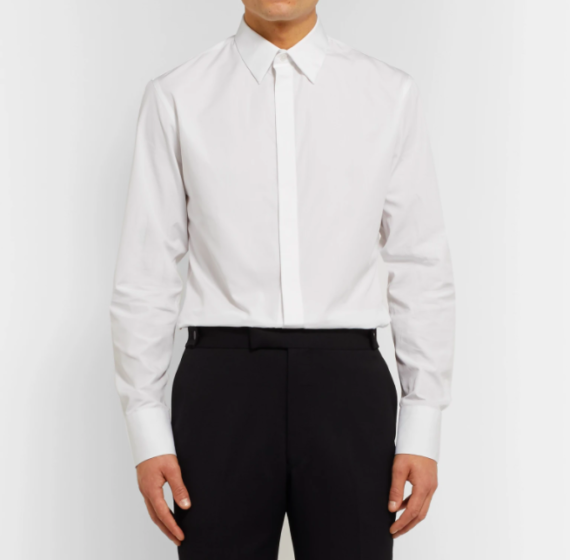 Amidst a sea of white shirts, this one from The Row will stand out with a debonair quality thanks to its tidy classic collar and rows of milky mother-of-pearl buttons. This is probably the first staple piece you need when building your Sean Connery-inspired wardrobe. There’s nothing that says ‘smart gentleman’ than a well-fitted suit. Classically checked in monochromatic grey grids in a fabric sourced from Scotland’s Lovat Mill, this suit jacket from Kingsman is the quintessential piece for evening drinks, private club meetings, and jet-setting on secret missions. This navy suit jacket is yet another classic wardrobe contender. In a deep midnight shade that will elevate anything with an elegant touch, wear it with all your wardrobe staples, from knitted sweaters to crisp shirts. 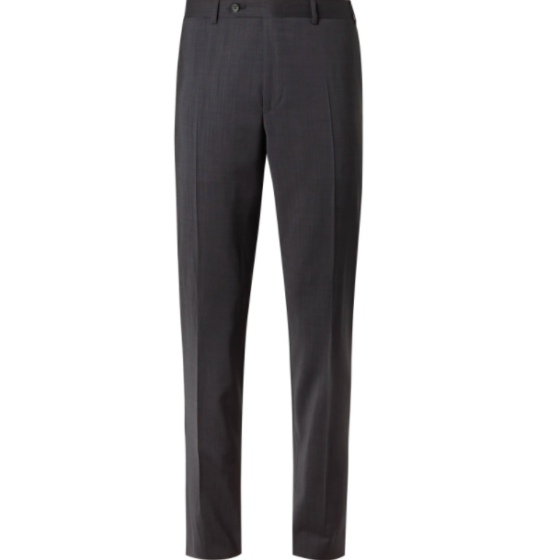 Tip-top quality is the only adjective you need from us about these wool trousers from Italian-brand Canali, because it will surely find a place in your forever wardrobe. Spun from wool, its slim fit is the solution for a contemporary silhouette. 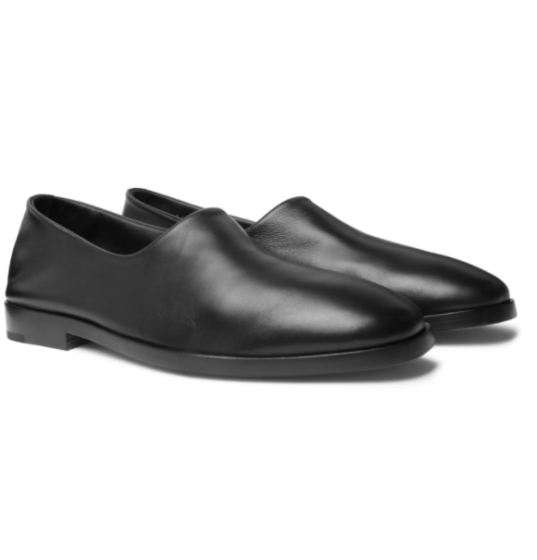 Loafers can at times swing towards a more dated and stuffy style. But these made by Fear of God for Ermenegildo Zegna are refreshingly contemporary. The smooth, interrupted upper is a trendy comparison to its traditional leather silhouette. A style that is on its way to becoming a workwear staple.

Shop here
Shopping James Bond Sean Connery
Lifestyle Asia
Here's where you can read the latest news and stories from Lifestyle Asia and our sister titles PrestigeOnline and Augustman, curated from all of our editions in Hong Kong, Singapore, Kuala Lumpur, Bangkok and India.
Luxury