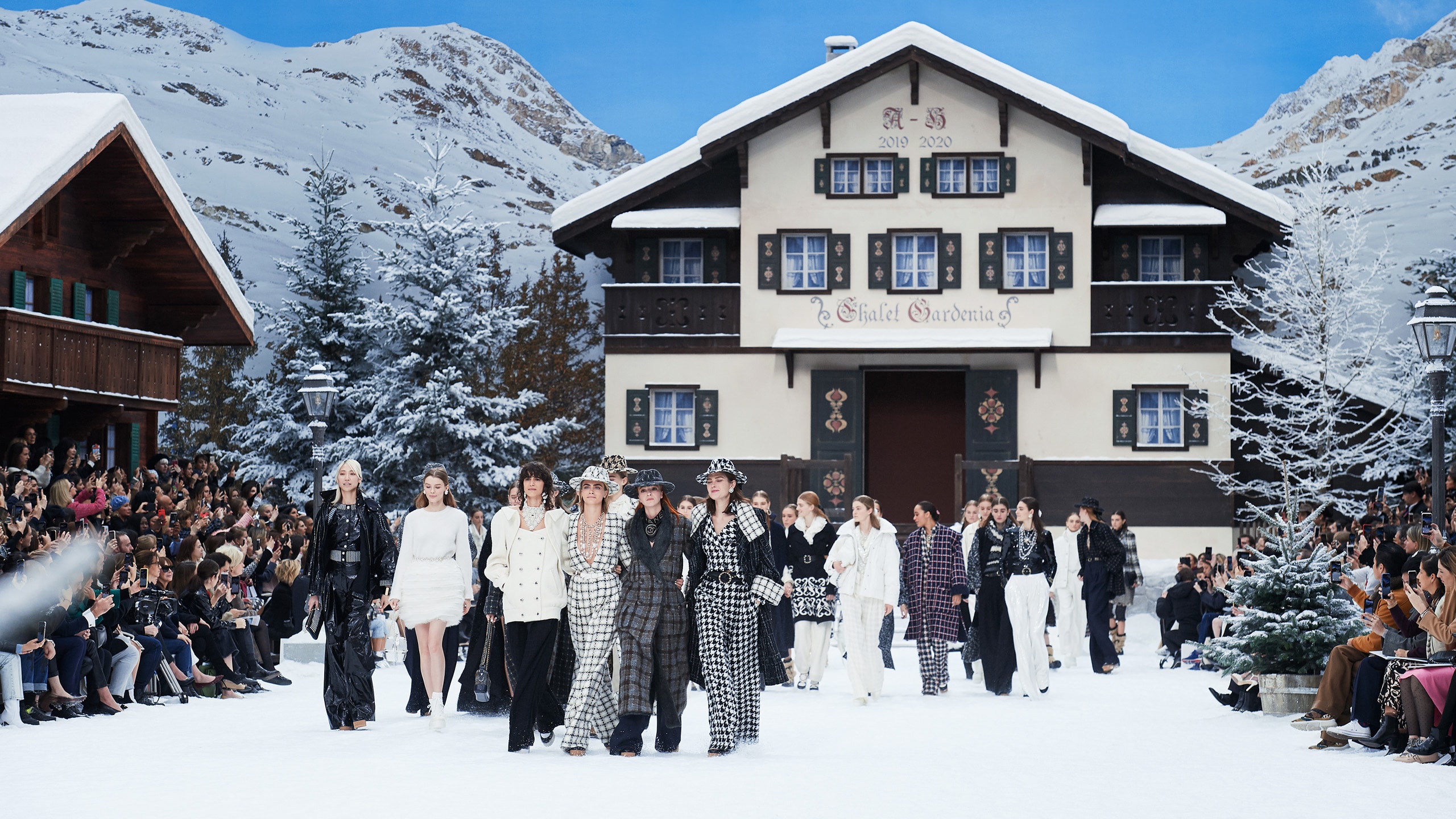 The last day of Paris Fashion Week was a particularly emotional day for the fashion world, with Chanel presenting Karl Lagerfeld’s final Fall/Winter 2019 collection (co-designed by his successor Virginie Viard), ‘Chanel in the Snow‘ to the world. It was a show that marked the end of an era, containing pieces that Lagerfeld was still working on shortly before his passing last month.

The atmosphere at the show was more celebratory than melancholy, with many of the late designer’s friends and supporters in attendance, dressed in their very best head-to-toe Chanel as a final farewell to the fashion legend. Claudia Schiffer, Naomi Campbell, Janelle Monáe, Kristen Stewart and Stella Tennant were some of the well-known faces amongst the 2,658 attendees, who all shared a personal bond with the fashion legend. “Our whole industry is going to miss him,” Campbell said to WWD before the show. “I mean, I worked with him on and off for 32 years and he became an institution. You just thought he would never leave, that he was immortal.”

Stepping into the Grand Palais, guests found themselves arriving at a winter mountain village; as with all the fantastical show sets imagined by Lagerfeld, everything — from the powdery snow to the elegant pine trees with bare branches, the charming chalet and wooden cabins with white smoke spiralling out from the chimneys — was precisely built down to the very last detail. Found inside the show notes was a sketch by Lagerfeld of himself walking alongside Gabrielle Chanel, with words written across the top reading, “The beat goes on”, delivering the message that even though Lagerfeld is sadly no longer with us, his spirit and Chanel lives on.

Bells began to chime as everyone settled down in their seats, with models taking their positions in front of Chalet Gardenia. Guests were then invited to a minute of silence, after which an audio recording of Lagerfeld’s interview was played through the sound system, revealing, in French, that he initially turned down the job at Chanel, before changing his mind. “When they asked me a second time, I accepted because everyone was saying to me ‘Don’t do it, it won’t work.'” He went on to say that since he took over, Chanel was reborn and became a ‘fashion thing’ again, and one that is desired by so many. Even Queen Elizabeth II was impressed, and said ‘Oh, it’s like walking in a painting’ as she arrived to one of his shows with elaborate floral sets — a comment he said he will never forget.

Then models started strutting down the snowy runway, revealing a collection with relaxed silhouettes and filled with a mix of masculine and feminine accents, which is, of course, a signature style stamp of Chanel. Leading the show was Cara Delevingne, a close friend of the late designer, dressed in a tweed houndstooth coat over a pair of windowpane wool trousers with matching top and trilby. Overcoats were the standout item for the season, found in a variety of interpretations from a high collar to a shawl collar or mini cape, enhanced with a trompe-l’œil bolero or a faux fur lapel, and sometimes embellished with martingales, belts, maxi pockets slit and more.

There were also some Alpine-themed designs interspersed in the collection, including intarsia dresses, down jackets, sheepskin moonboots, and even a zip-up ski-suit crafted from tri-colour tweed (complete with a patch pocket to slip in a ski-pass), adding flashes of urban flair and eye-catching hues to the overall classic neutral palette. Penelope Cruz, who became the brand ambassador for Chanel last Summer, made her runway debut dressed in a ruffled top and feathered puffball skirt, while carrying a single white rose in one hand.

The show was concluded with models marching out through the snow (many could be seen in tears), and all guests applauding in a standing ovation led by Anna Wintour. All eyes then turned towards the top of the runway, where Lagerfeld, in his iconic white ponytail, sunglasses and black attire, would normally make a swift appearance; for the first time, the stage remained empty and his absence felt even more profound. However, as with life, all endings lead to beginnings; referencing one of Lagerfeld’s famous quotes, “What I love best in life is new starts”, we must trust that he has left Chanel in good hands. We can look to Viard, who’s been his closest collaborator for more than 30 years, to offer us an exciting new start, while making sure that the legacy of Gabrielle Chanel and Karl Lagerfeld live on.

Watch Lagerfeld’s final show for Chanel in the video below.