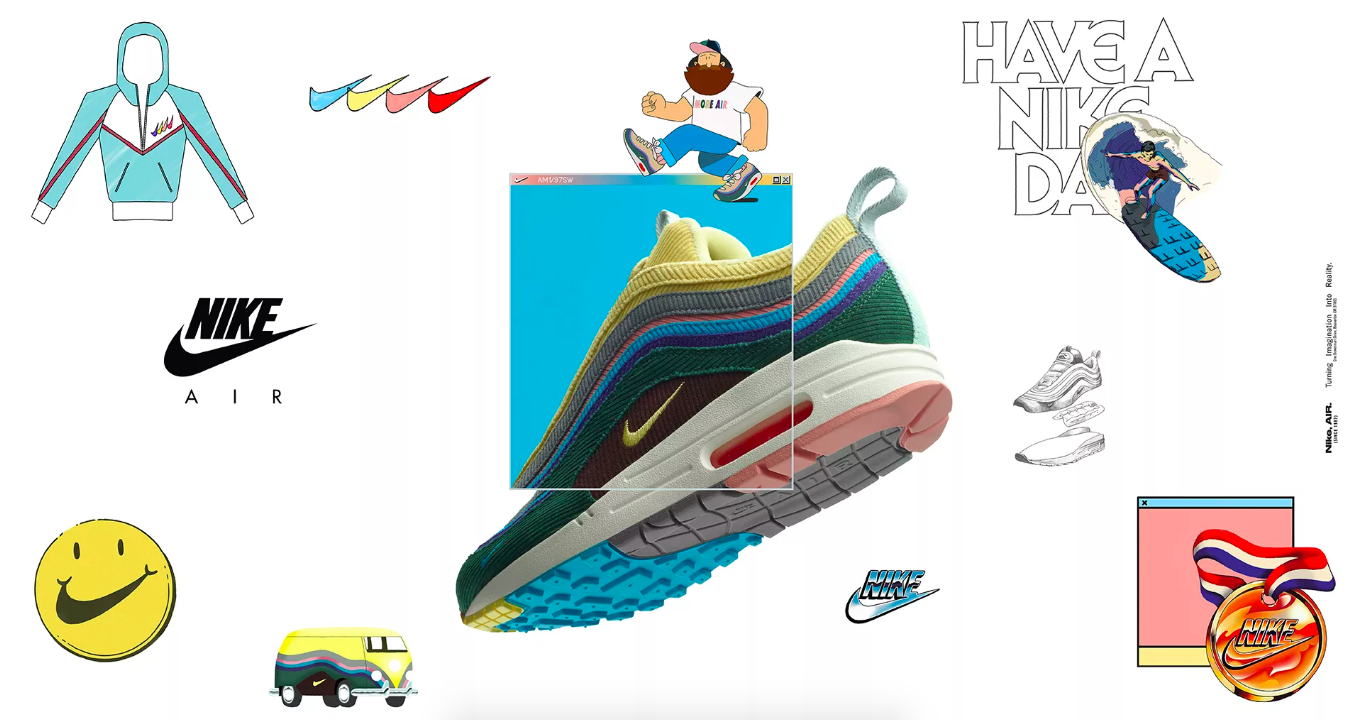 From unexpected collaborations to exciting revivals of pure classics, the sneaker game has continued to level up year after year, with more and more releases rolling out than one can even begin to imagine. Out of all, Nike continues to dominate headlines with plenty of noteworthy sneakers, including last year’s Nike Air Max 1/97 ‘Sean Wotherspoon’ that easily topped the charts as the most popular kicks of 2o18. This year, the sportswear giant continues to strive, introducing plenty of new Air Jordan colourways, as well as surprise collaborations that attracted huge followings.

Adidas, on the other hand, recorded great numbers from its Yeezy Boost series with Kanye West. On the luxury fashion front, Balenciaga, as always, came in real strong, followed closely by Fear of God, Louis Vuitton, Prada, and of course, Dior to name a few. As we look forward to being wowed even further in 2020, let us take a moment and remember the hottest sneaker releases of the year that had every sneakerhead leap with excitement. Arguably one of 2019’s biggest releases to date, both Nike and Travis Scott knocked this out of the park. As if his Air Force 1’s and Jordan IV’s collaborations wasn’t hyped enough, the market for the Air Jordan 1 “Cactus Jack” has skyrocketed ever since its release. This is in part due to the rapper’s following as well as introducing the first-ever ‘reverse Swoosh’ on a revered Air Jordan 1 sneaker, which also happens to have a high- and low-cut variant. 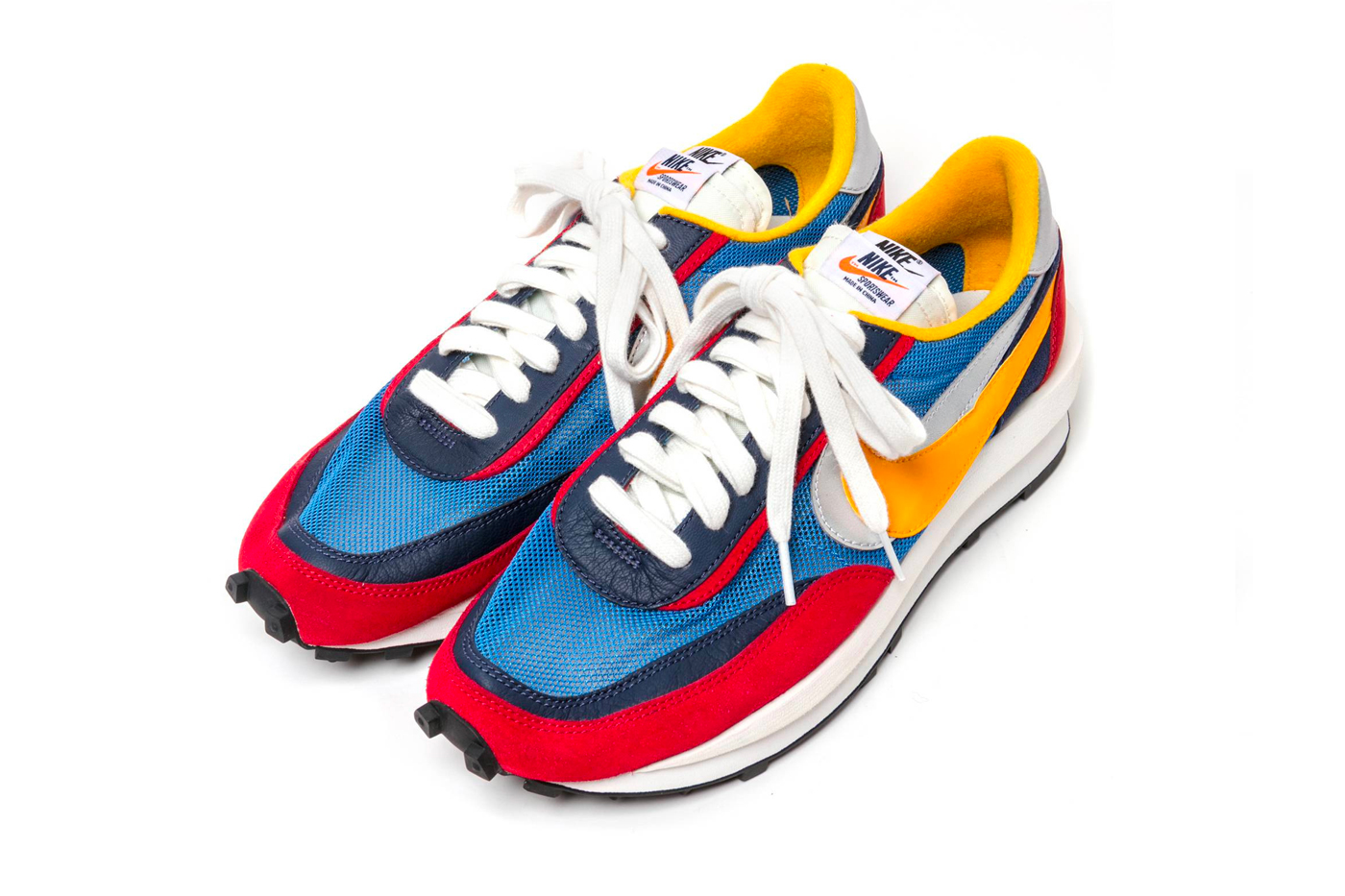 Another pair that has received much fanfare over the past year has been the sacai x Nike LDWaffle. This mash-up of two late-70s Nike silhouettes — the LDV and the Waffle Racer gained notoriety when it was first seen in Paris back in 2018. A year later, the twin-stacked soles, laces, tongues, and Swooshes are one of the hottest releases of the year with a wide variety of colourways to choose from. 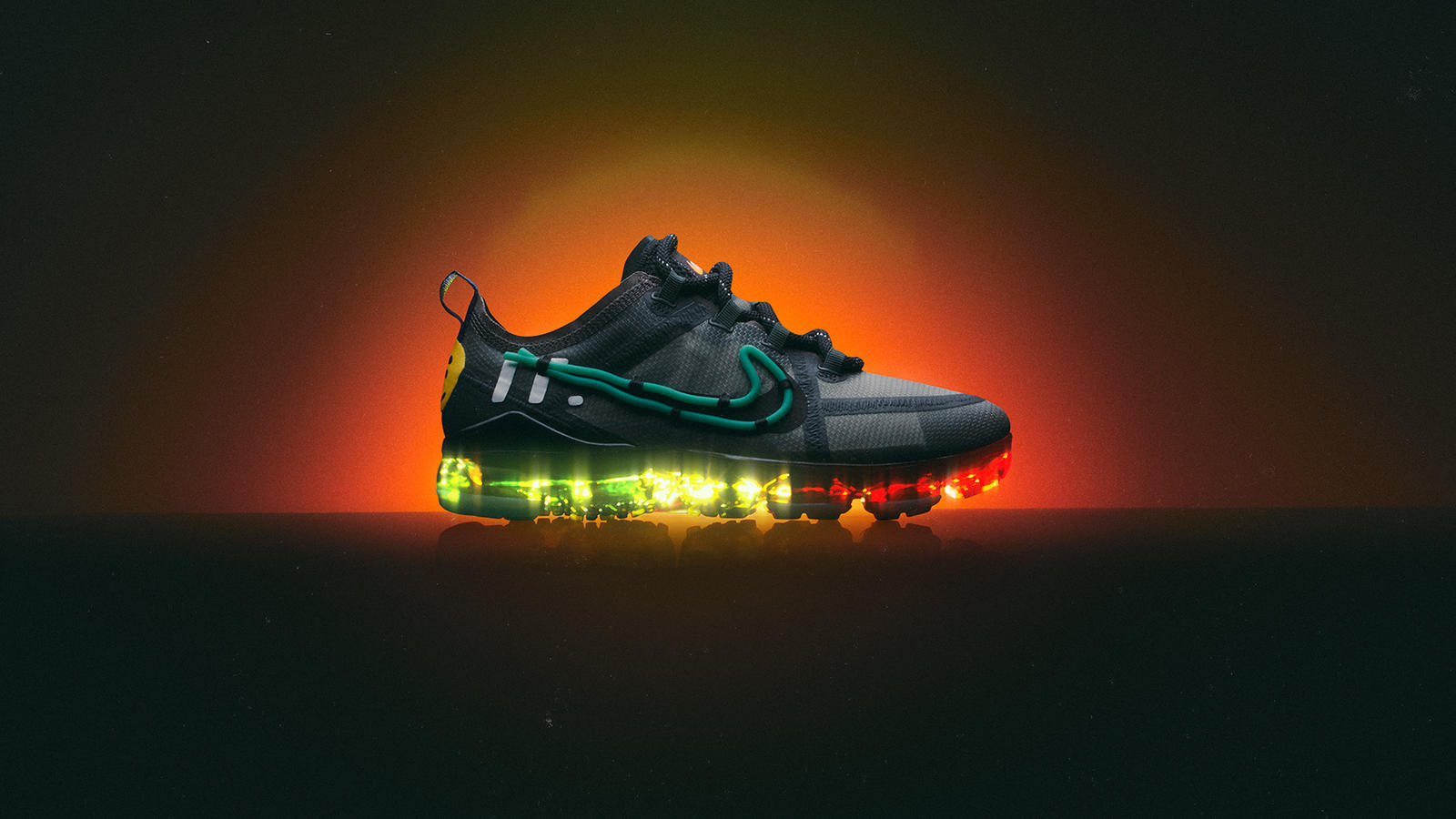 While the Nike VaporMax is mostly a mainstream sneaker that sits on the shelves at Nike stores worldwide, the collaborations that utilise the VaporMax properly have gotten a lot more attention. Aside from being part of ‘The Ten’ by Virgil Abloh,  Cactus Plant Flea Market also got its hands on the shoe and boy, did it do it justice. CPFM founder, Cynthia Lu had a more personal touch on the VaporMax, giving it a handmade Swoosh detail with a smiley on the heel. The Dior B23 sneakers have been one of the hottest properties of 2019, which is all thanks to Kim Jones. The former LV man stepped up to the plate and knocked it out of the park with the Dior B23, which comes in both low- and high-top silhouettes. However, it’s the collaboration with Japanese illustrator, Hajime Sorayama that stands out the most — featuring the mechanical T-Rex amidst a sea of floral and just a hint of Dior’s print. 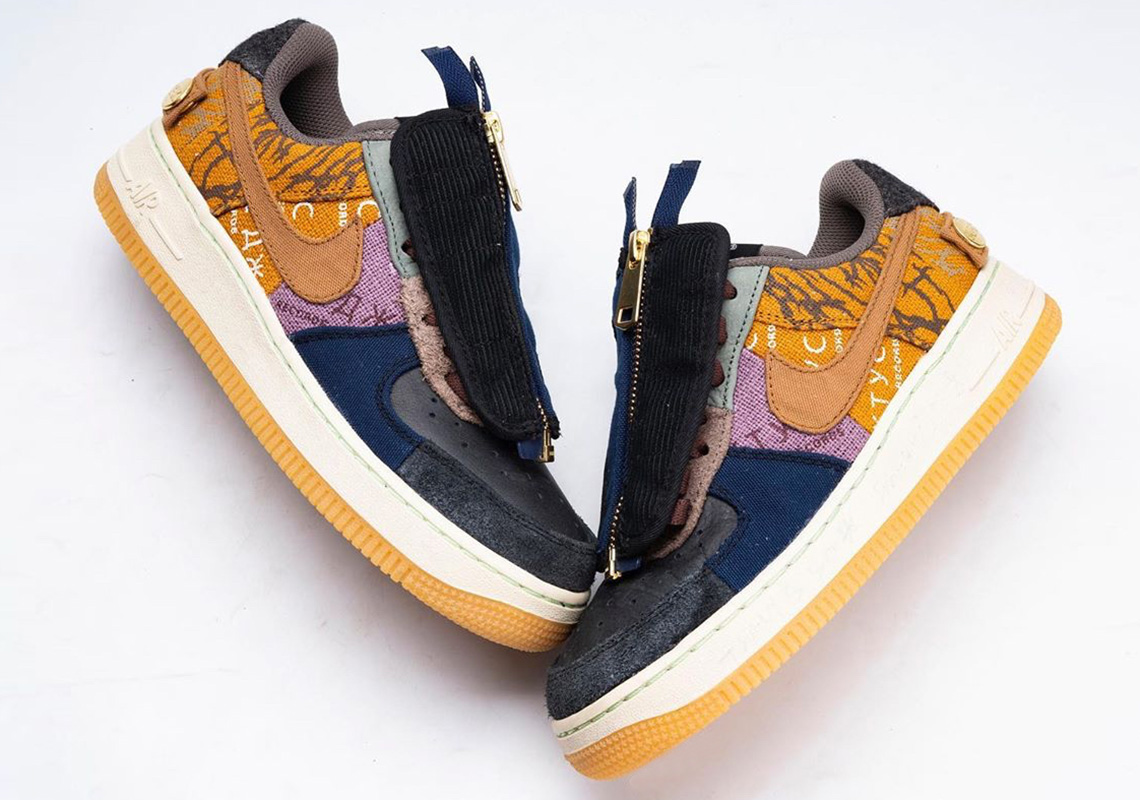 Both Nike and Travis Scott are just the gifts that keep on giving this year, this time with another Air Force 1 collab. Scott brings his creativity from the AJ1 and into the AF1, but with some added extravagance. The first is a zipped lace cover and various leathers to create a totally unique pair of sneakers with an original colour blocking detail. While the Ultra Boost is way past its 2015-16 heyday thanks to Kanye West, it still tries to remain relevant to this day to the streetwear market. Sadly, it hasn’t been able to hit said heights in recent years, even with the introduction of new colourways. However, the UB x Nice Kicks 1.0 is a great nod towards the OG pair with a tie-dye colourway with a nice gum sole to boot. 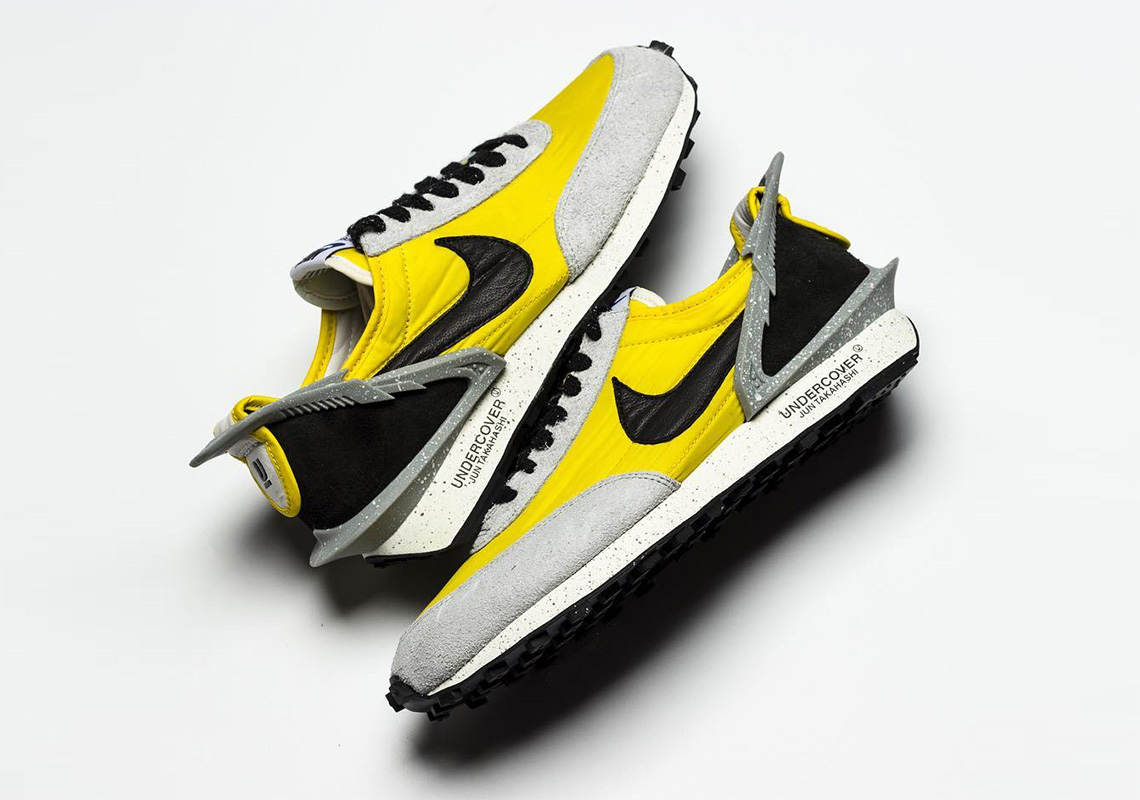 Another Nike sneaker, another collaboration. This time, it’s with OG Japanese streetwear label, Undercover. It features a waffle outsole coupled with a nylon and suede design for a more premium and sleek aesthetic. With the Daybreak being one of Nike’s OG designs, leave it to the brilliant mind of Jun Takahashi to give it a more modern and avant-garde look. 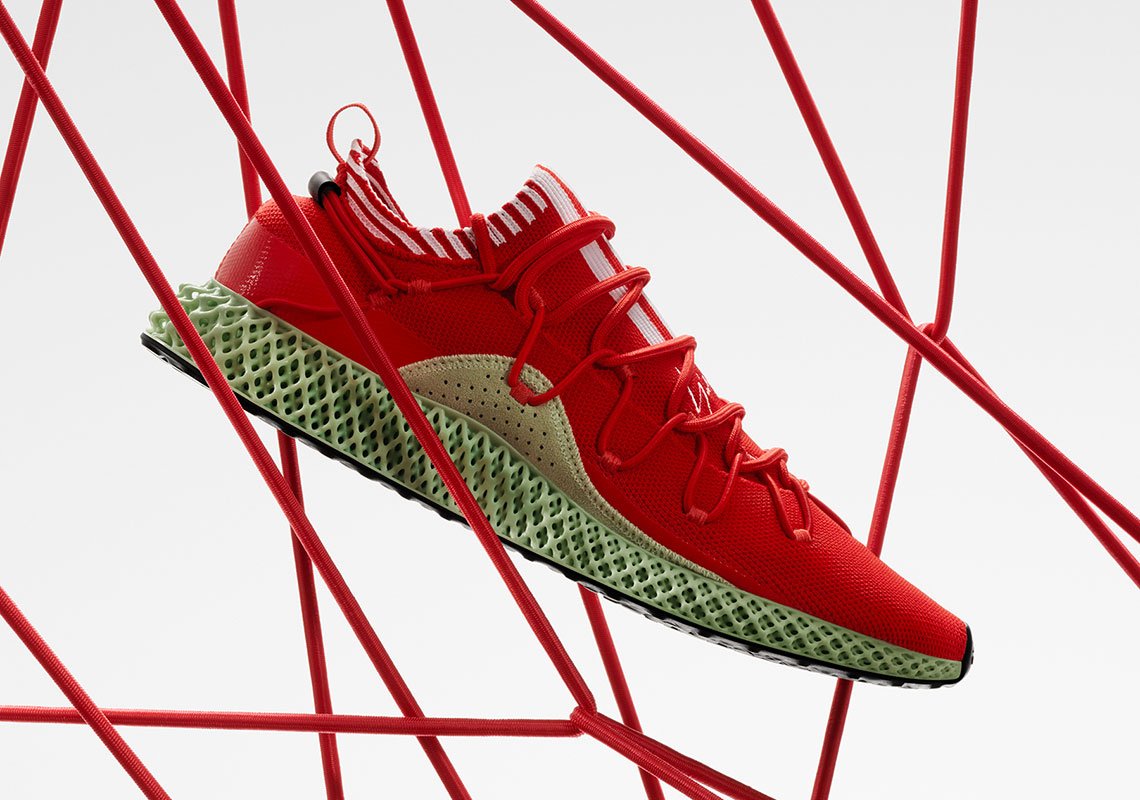 Yohji Yamamoto and his label, Y-3 have been a constant partner with Adidas and he’s back yet again for the Y-3 Futurecraft Runner 4D II. At the sole, you’ll find Adidas’ patent 4D midsole that garnered worldwide fame a few years back with a prototype. It also features a futuristic lacing system never seen before on an Adidas shoe, making it all the more appealing. Given his affinity towards the Air Jordan 1 and the many Off-White remixes he has had over the years, it’s no surprise that Abloh would take a similar approach at his current post in Louis Vuitton. The LV 408 Trainer takes from heritage basketball silhouettes like the Air Jordan 1s, giving it a more premium, yet streetwear feel. There are nine different variations of the sneakers, spanning different states around the world — Seoul, Tokyo, London, Milan, New York, Chicago, Dubai, Paris, and Shanghai. 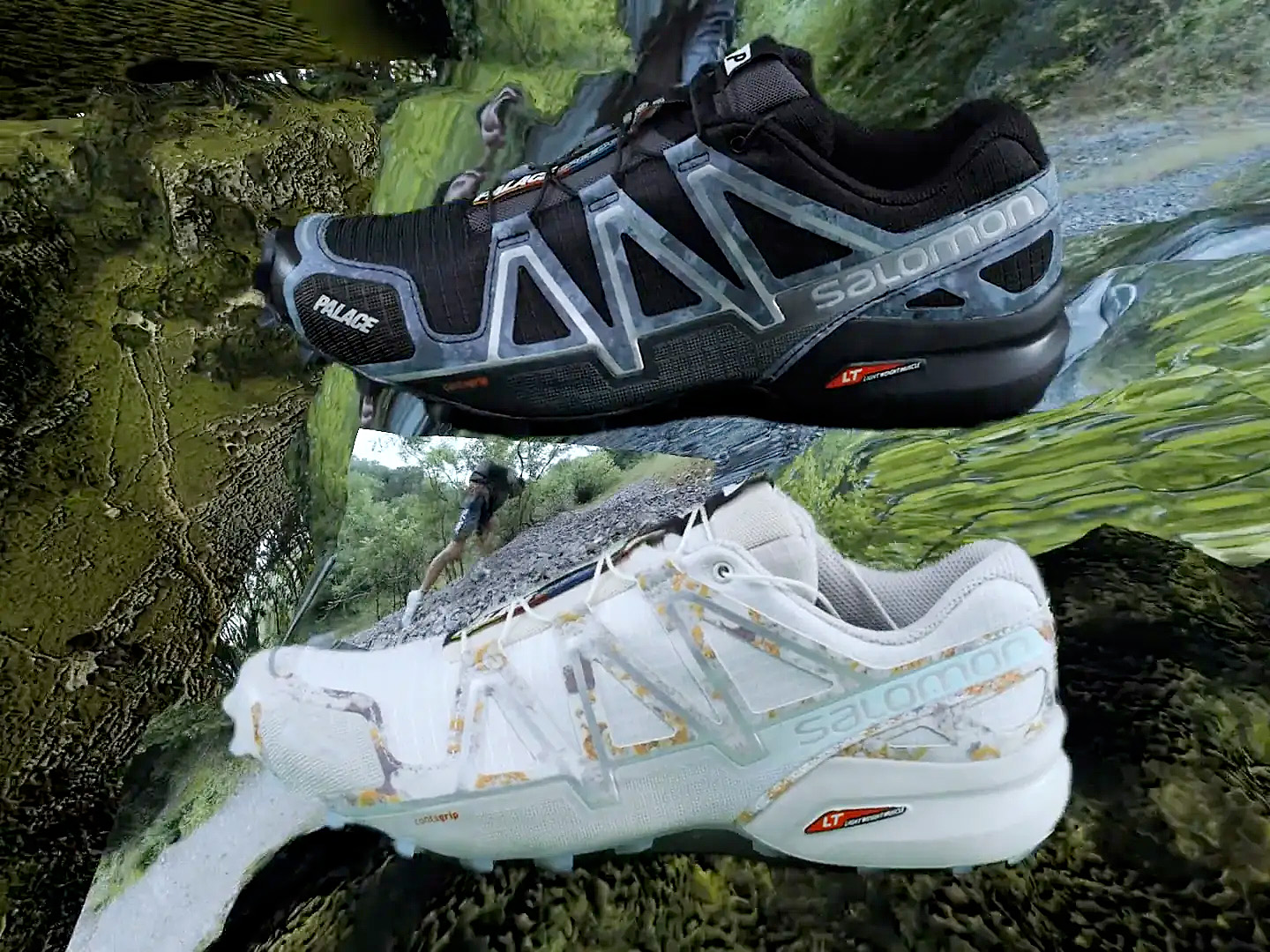 High-performance mountaineering brand Salomon has been getting on the radar of the fashion-conscious with a line-up of stylish collaborations, and its surprise release with London-based skateboard brand Palace — with its marriage of functionality of technical footwear and cool, streetwear aesthetics — was certainly one that had everyone talking.


Error: API requests are being delayed. New posts will not be retrieved for at least 5 minutes.

Gucci raises funds for victims of domestic abuse amid CoViD-19


Error: API requests are being delayed. New posts will not be retrieved for at least 5 minutes.