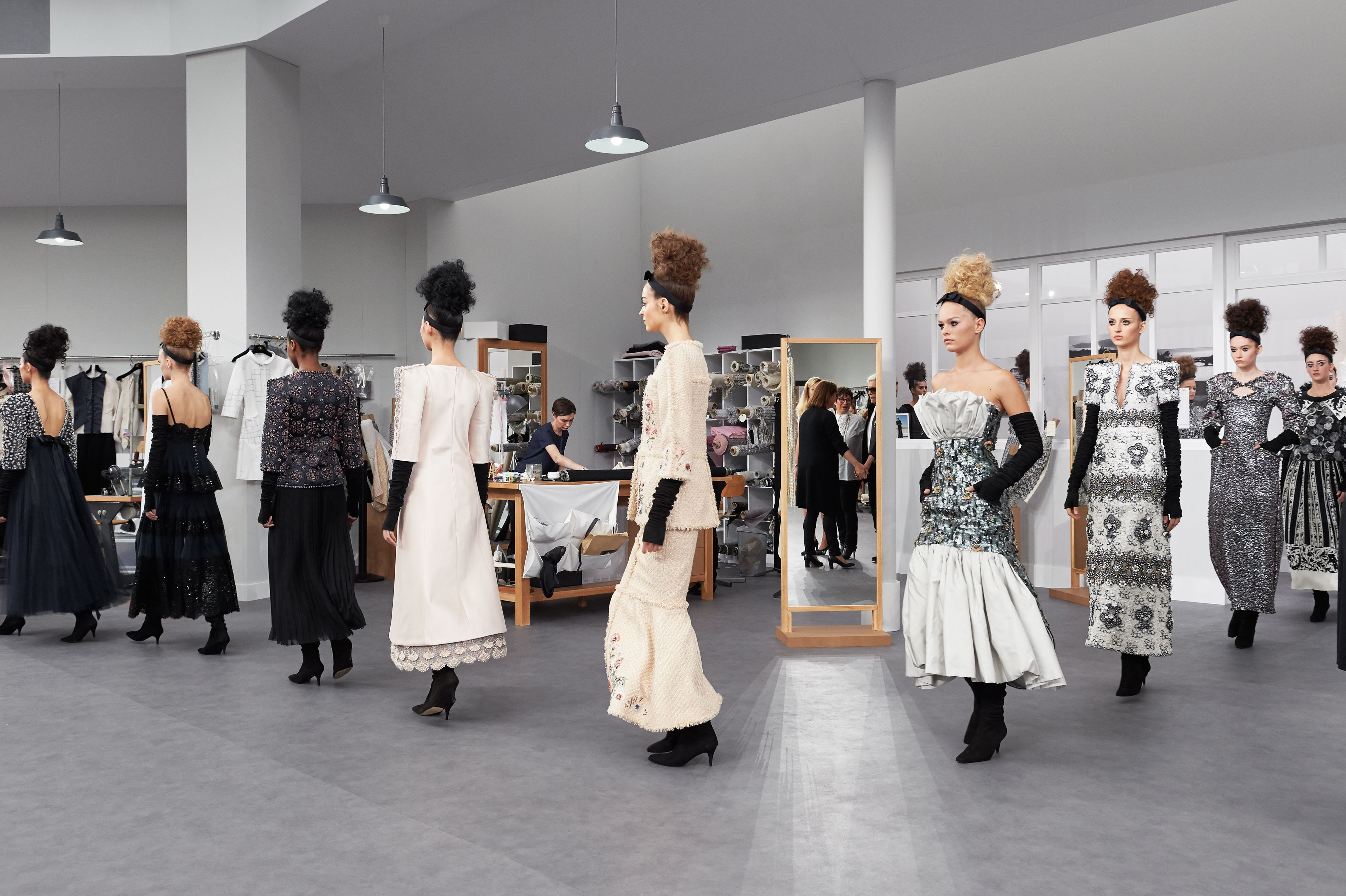 This is what you need to know about haute couture

Haute Couture Fashion Week for Spring/Summer 2017 has officially kicked off, but what exactly does “haute couture” mean? We’re taking this opportunity to answer some of the questions you might have regarding haute couture, so you can get a better understanding of the exclusivity of the concept as you admire all the luxurious creations presented by some of the most influential couture houses in the industry.

Is everything made by hand with complicated details considered haute couture?
No. In order to be qualified as haute couture, the labels must be officially granted such status by the French Ministry of Industry and the Fédération Française de la Couture. To be able to even think about getting your foot in the door, the designers must first make sure they adhere to the strict set of criteria originated from 1945:

1. The designer must create made-to-measure garments and offer a minimum of two personal fittings for each private client.

2. They must have a full-time atelier in Paris where all dressmaking takes place, with a minimum of 20 employees.

3. They must show two collections a year, and each show must consist of no less than 25 looks including both daytime and formal evening wear.

But that’s not all, to be able to get your application accepted into the voting process (which is scheduled twice a year), you must get the sponsorship of one of the four voting members of the Chambre Syndicale: the CEOs of Chanel, Dior, Jean Paul Gaultier, and Givenchy. There is no exaggeration to how tough this will be!

Who are theses designers?
As of today, 15 houses have achieved haute couture status, with an official list of members including Chanel, Christian Dior, Jean Paul Gaultier, Givenchy and Giambattista Valli. This list also includes Schiaparelli and Julien Fournié, which are the two most recent additions to the exclusive circle. In addition to these official members, there are also foreign correspondent members such as Valentino and Giorgio Armani, who have the right to haute couture status, as well as guest members such as Ralph & Russo, Vetements, Ulyana Sergeenko and Zuhair Murad, who get invited to show during the official calendar.

How much work actually goes into each couture piece?
All haute couture pieces are entirely hand-sewn using luxurious fabrics and materials, and include painstakingly intricate details that require exquisite craftsmanship to achieve. Therefore, each creation can take up to 800 hours to produce.

What is the cost for these luxurious pieces?
The sky is the limit. Daywear such as tailored suits and blouses can cost 20,000 euros, while an embroidered dress can cost around 100,000 euros. For evening gowns, the price can skyrocket to six times that price.

Does anyone actually buy them?
Yes, but with the price tag, it’s obvious that haute couture pieces are reserved for elite members of the upper society. In fact, these customers keep their circle so exclusive and discrete that no one really knows exactly how many there are. It’s estimated that there are no more than 2,000 in the world, while some even say the number is as low as 200 to 400.

Spring/Summer 2017 Haute Couture week shall run through 26 January 2017 in Paris.

Fashion Style Haute Couture Spring 2017 SS17 Paris Couture Week
Cindie Chan
Style Editor
Fashion blogger turned editor, Cindie has spent over seven years covering all things stylish in the digital world. When she’s not busy poring over the latest covetable releases or attending the most talked-about fashion events in town, you’ll find her enjoying some precious downtime with her newborn son and sweet dog Rosy.
Style Fashion Jewellery Watches Events Seafood dogs for adoption
Sign up for our newsletters to have the latest stories delivered straight to your inbox every week.