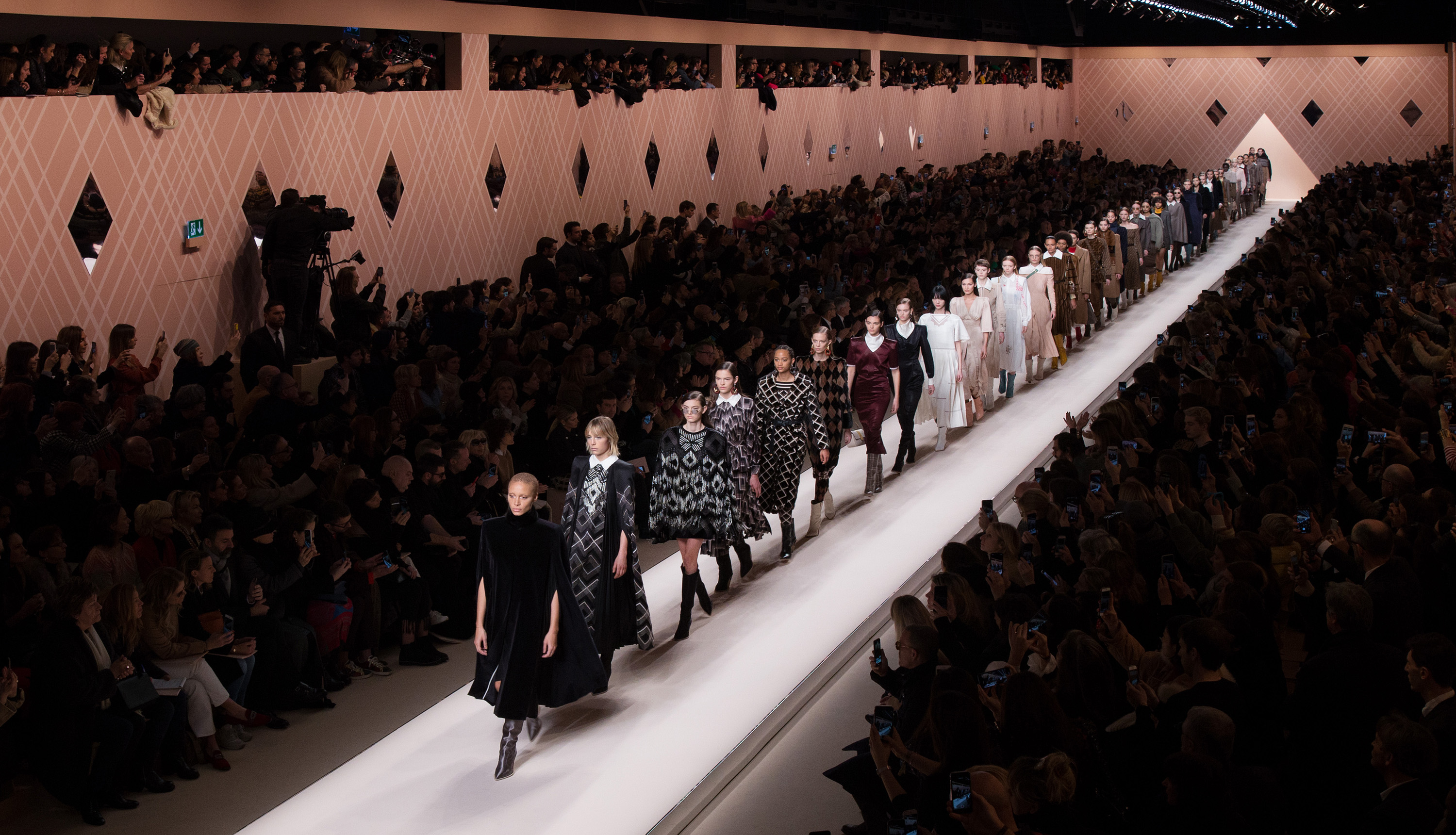 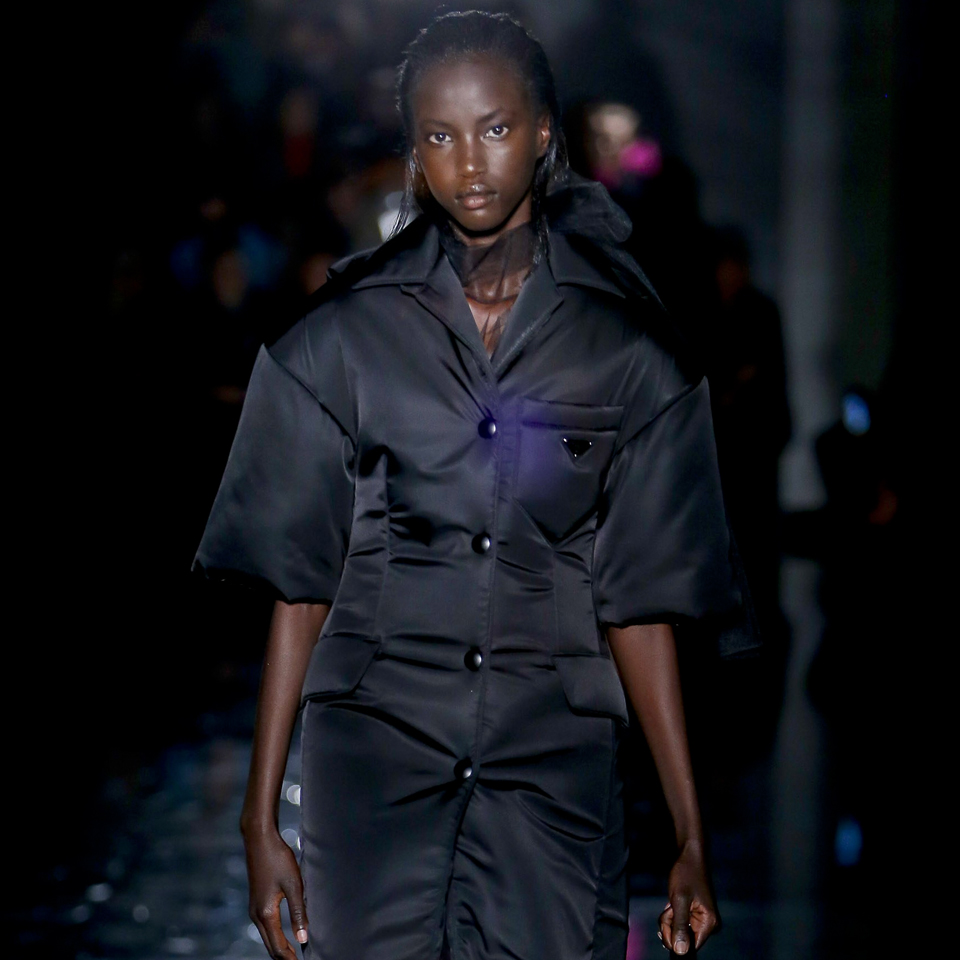 1
First black model to open a Prada show since 1997

Prada has often been slammed for the lack of diversity in its models for both fashion shows and campaigns, so imagine how deeply — and pleasantly — surprised everyone was when 19-year-old Sudanese model, Anok Yai, opened the show for the house this season, officially making history as the first black model to have ever done so since Naomi Campbell almost 20 years ago. What we like even more is that instead of going for someone we already know, the brand went for a very recently discovered face, as if to declare that casting models of different colours is no longer a choice but now a standard. 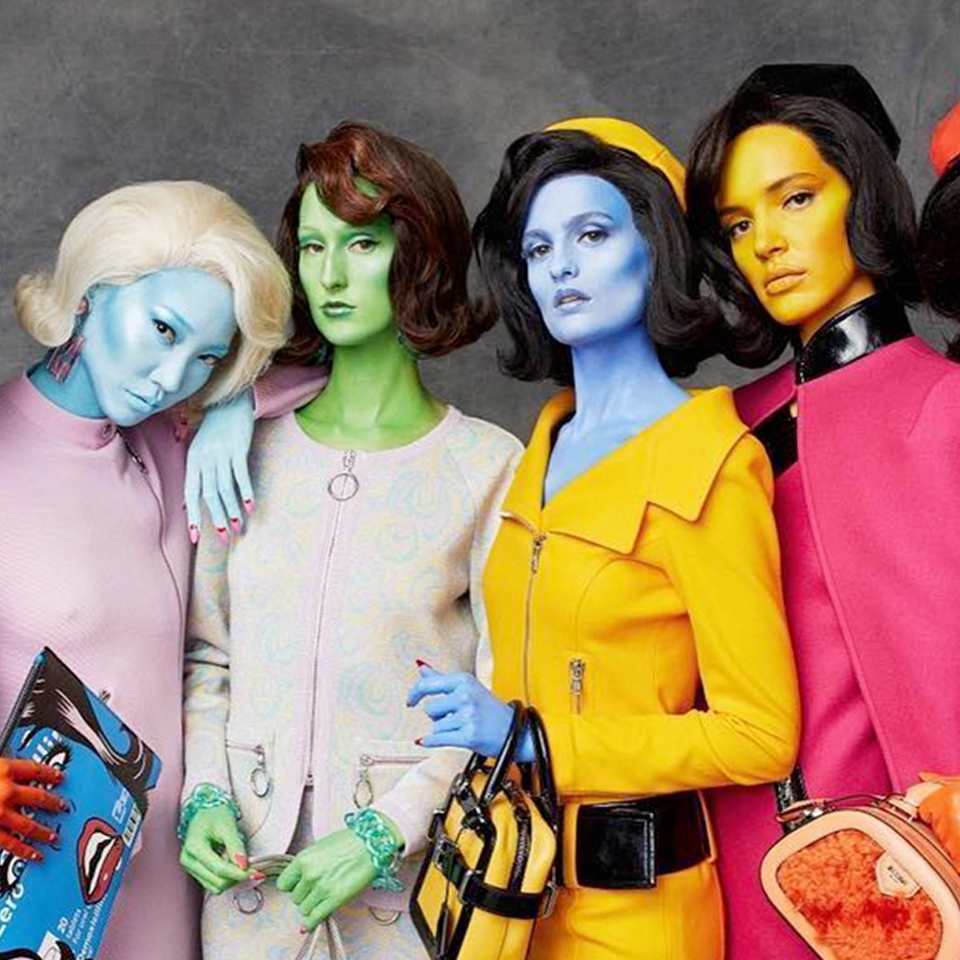 Moschino‘s Jeremy Scott was inspired by a conspiracy theory in which John F. Kennedy told Marilyn Monroe that aliens existed and, since she wanted to go to the press about it, both of them were assassinated by the government so as to keep it a secret. Scott then went on and imagined that Jackie Kennedy was, in fact, an alien and responsible for both deaths, resulting in a Fall/Winter 2018 presentation walked by ‘alien models’ in bright coloured skins wearing Jackie-inspired looks. 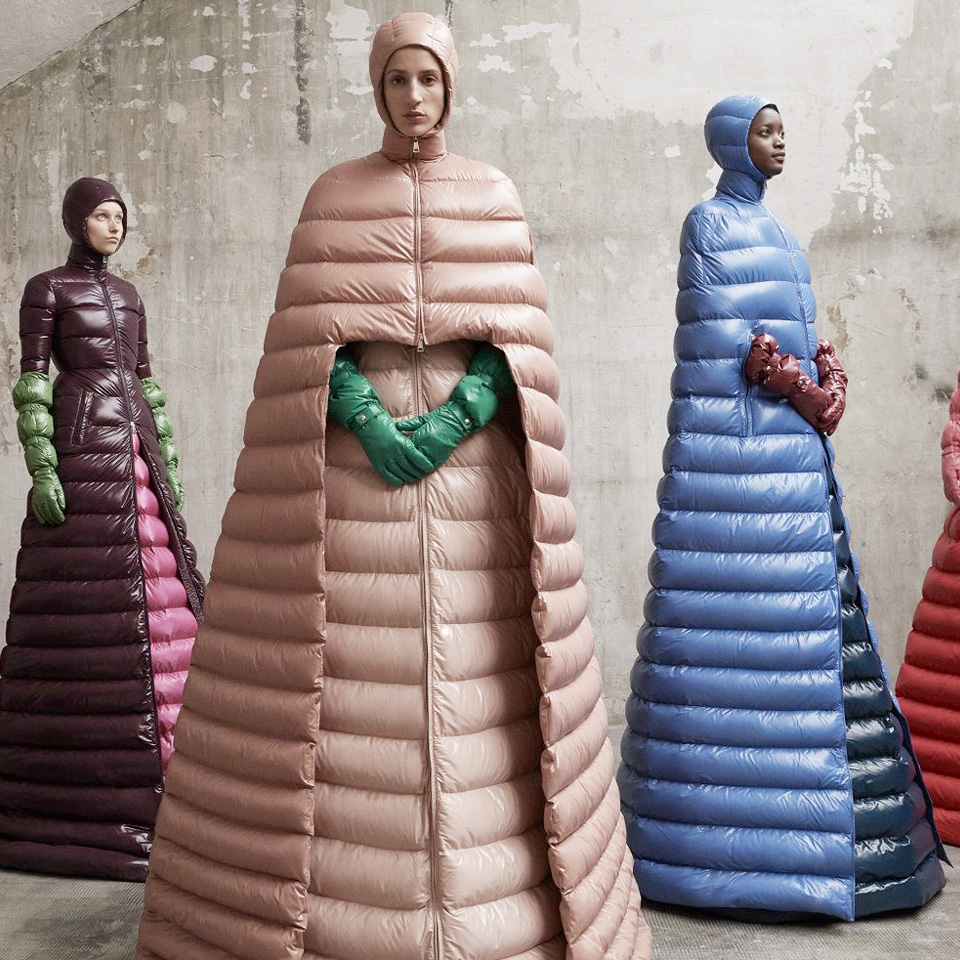 Moncler is breaking away from the traditional ‘one season, one collection’ cycle by launching Moncler Genius, presenting not one, not two, but eight collections, each designed by one of fashion’s leading designers. The list includes Valentino’s Pierpaolo Piccioli, Simone Rocha, Craig Green, Fragment’s Hiroshi Fujiwara, Noir’s Kei Ninomiya and Francesco Ragazzi of Palm Angels — all tasked with the challenge of reinterpreting the brand’s classic down jacket with their own creative spin. 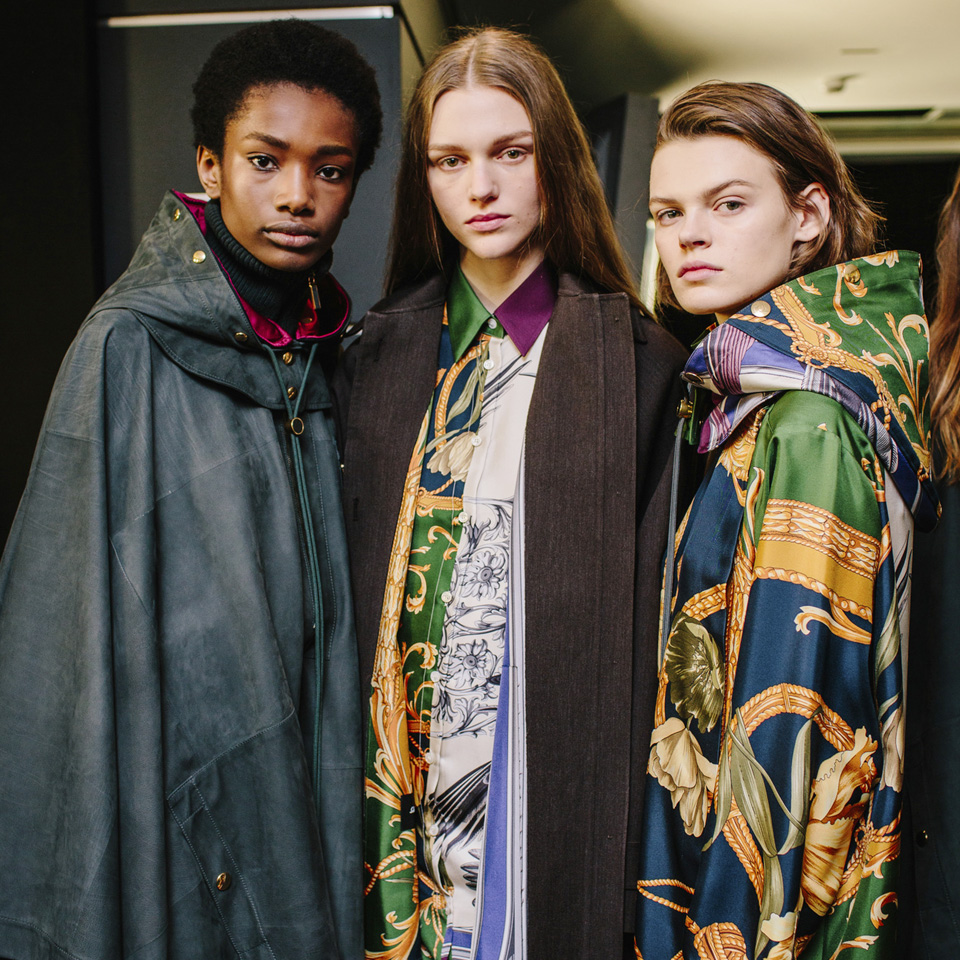 Designer Paul Andrew joined Salvatore Ferragamo as director of women’s footwear in September 2016, and was quickly promoted to womenswear creative director last October, overseeing everything from clothing to accessories to footwear. Together with the brand’s menswear designer, Guillaume Meilland, Andrew debuted his first womenswear collection for the brand in Milan, featuring classic and sophisticated styles with a contemporary twist, all based on six new house “pillars” which include shirting, knitwear, leather, jackets, trousers and prints. We especially adore the prints that were taken from the house’s scarf archive, which were then generously spliced into blouses, dresses and also the lining of coats. 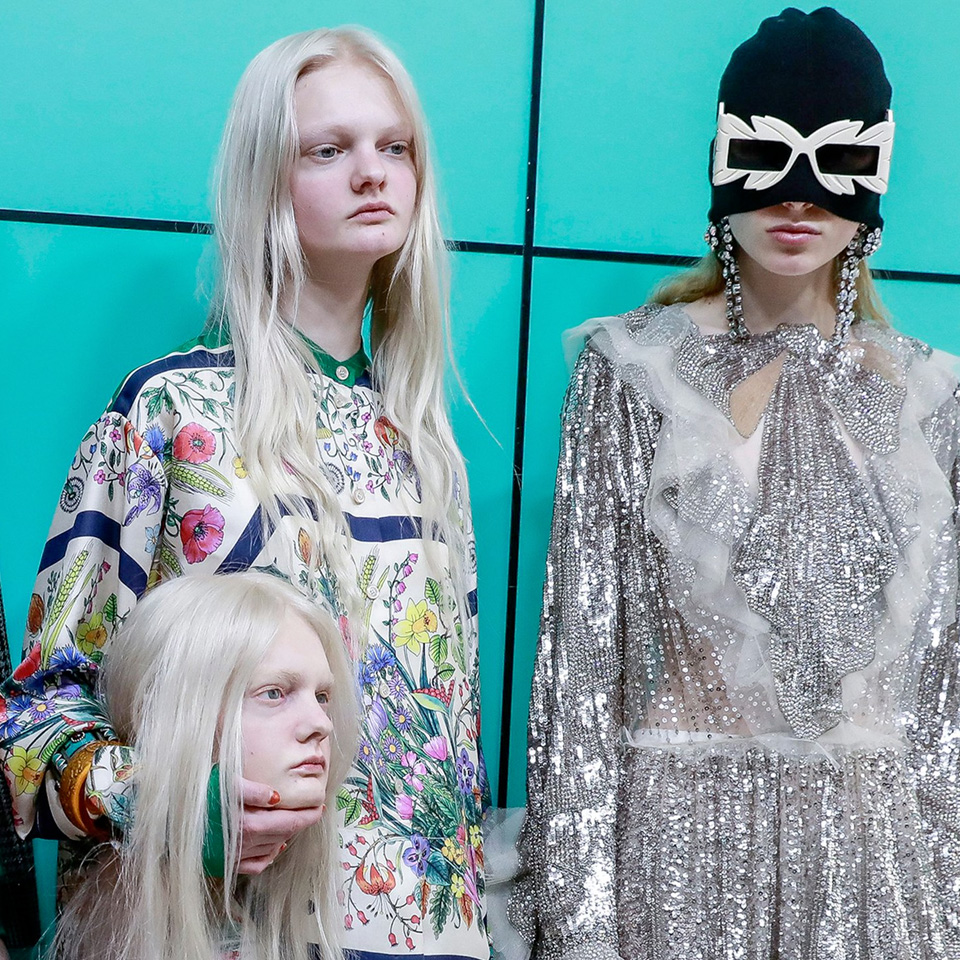 Alessandro Michele’s fantastical visions never cease to fascinate, and for Fall/Winter 2018, he wants us to move beyond predefined identities. The designer took inspiration from Donna Haraway’s 1984 essay “A Cyborg Manifesto”, in which she referred to cyborgs as hybrids that represent the rejection of rigid boundaries, such as societal norms. To bring his out-of-this-world ideas to life, the designer tapped Rome-based visual and special effects company Makinarium to create a series of stunningly creepy ‘accessories’ such as baby dragons, a third eye and even severed heads that may or may not have already became the must-have item for the Fall/Winter 2018 season. 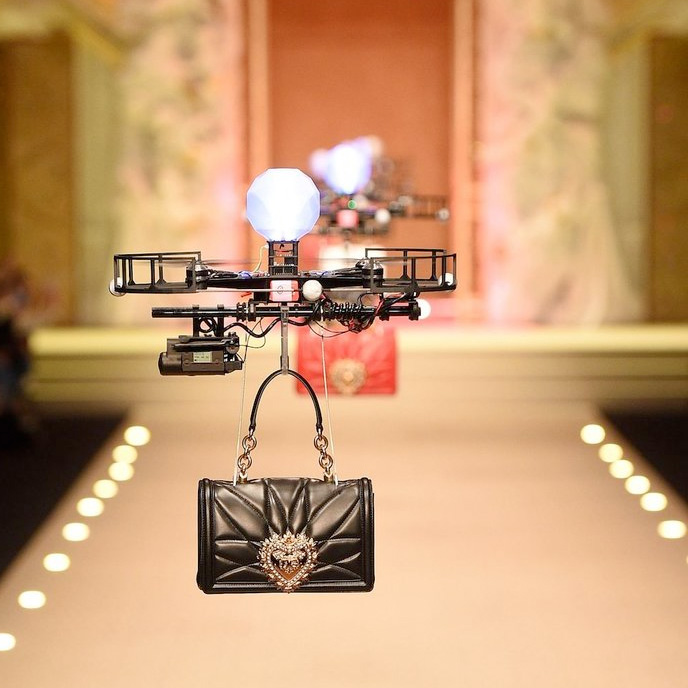 In the effort to break down the boundaries between fashion and technology (which seems to be a popular theme on the Fall/Winter 2018 runways), Dolce & Gabbana opened the show by sending a number of flying drones controlled by men and women in white lab coats down the runway, all carrying the brand’s latest luxury bags while bobbing up and down to the tune of Kendrick Lamar’s “All The Stars”. 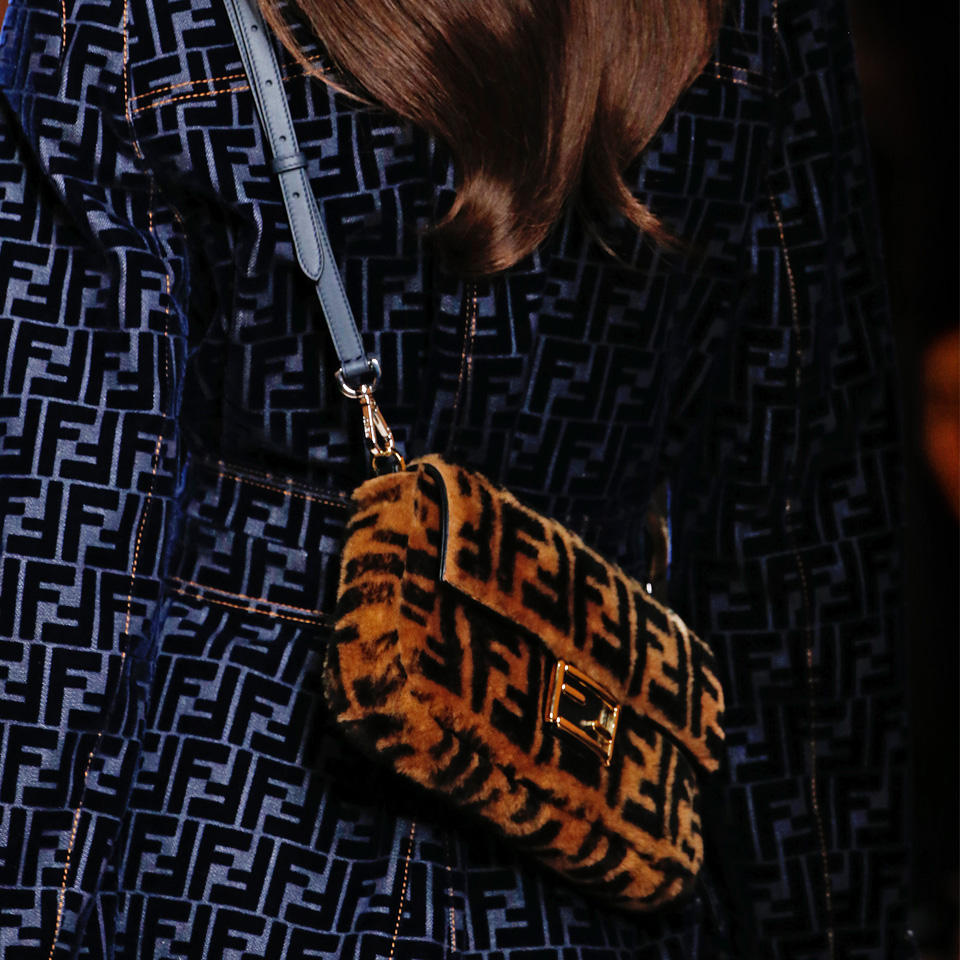 Logomania is definitely not slowing anytime soon, and is going full speed ahead with monograms, as seen at Fendi in Milan. Karl Lagerfeld and Silvia Venturi Fendi presented their Fall/Winter 2018 collections together, sending out models dressed in luxurious looking pieces including furry sweaters, suede trousers, capes and camel trench coats, with most of them topped with an overflow of the house’s classic double-F Zucca logo.