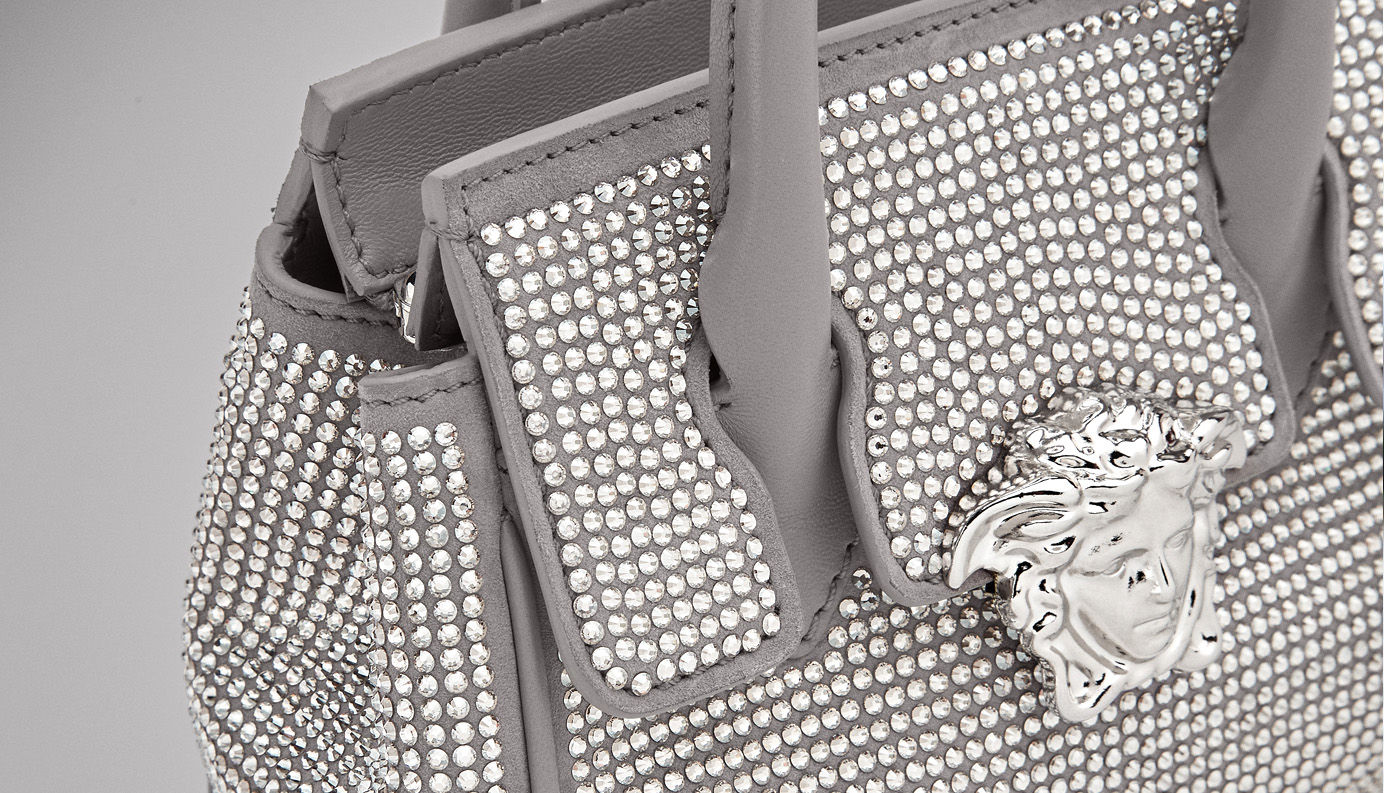 From Gigi Hadid to Rosie Huntington-Whiteley to Lady Gaga, the Versace Palazzo Empire bag has quickly made its way onto the arms of the world’s hottest ‘It’ girls, shooting into celebrity status as being one of the most sought-after bags in recent seasons. After hosting a global campaign just two months ago which saw the launch of seven limited edition bags for seven different cities, including Hong Kong, Versace is treating us with another special bag that is exclusive to our city, all in celebration of the opening of the brand’s new flagship store in Central.

Specially designed by artistic director Donatella Versace, this limited edition mini Palazzo Empire bag is almost entirely covered in silver Swarovski crystals, while the palladium Medusa head — an iconic signature of the brand — gleams proudly in the middle. Each bag comes with a detachable leather shoulder strap, so it can be worn across the body, over the shoulder or, if preferred, by hand. To mark its exclusivity, there is also a metallic tag within every bag, inscribed with ‘The Palazzo Empire celebrating Hong Kong’, making it the ultimate collector’s item.

This bag is only available at Versace’s new Central flagship boutique, where shoppers will be welcomed by a luxurious and contemporary environment that blends traditional architectural values of Italy and the dynamism and energy of Versace today. Other than accessories for both women and men, the store also has the latest range of prêt-à-porter collections on offer, so you can mix-and-match an outfit that is entirely your own, while rocking the limited edition bag dedicated to our beloved city.

This article is presented by Versace.

Versace Bag Gigi Hadid Karlie Kloss Palazzo Empire tote bag
Cindie Chan
Style Editor
Fashion blogger turned editor, Cindie has spent over seven years covering all things stylish in the digital world. When she’s not busy poring over the latest covetable releases or attending the most talked-about fashion events in town, you’ll find her enjoying some precious downtime with her newborn son and sweet dog Rosy.
Style Fashion Jewellery Watches Events Seafood dogs for adoption
Sign up for our newsletters to have the latest stories delivered straight to your inbox every week.