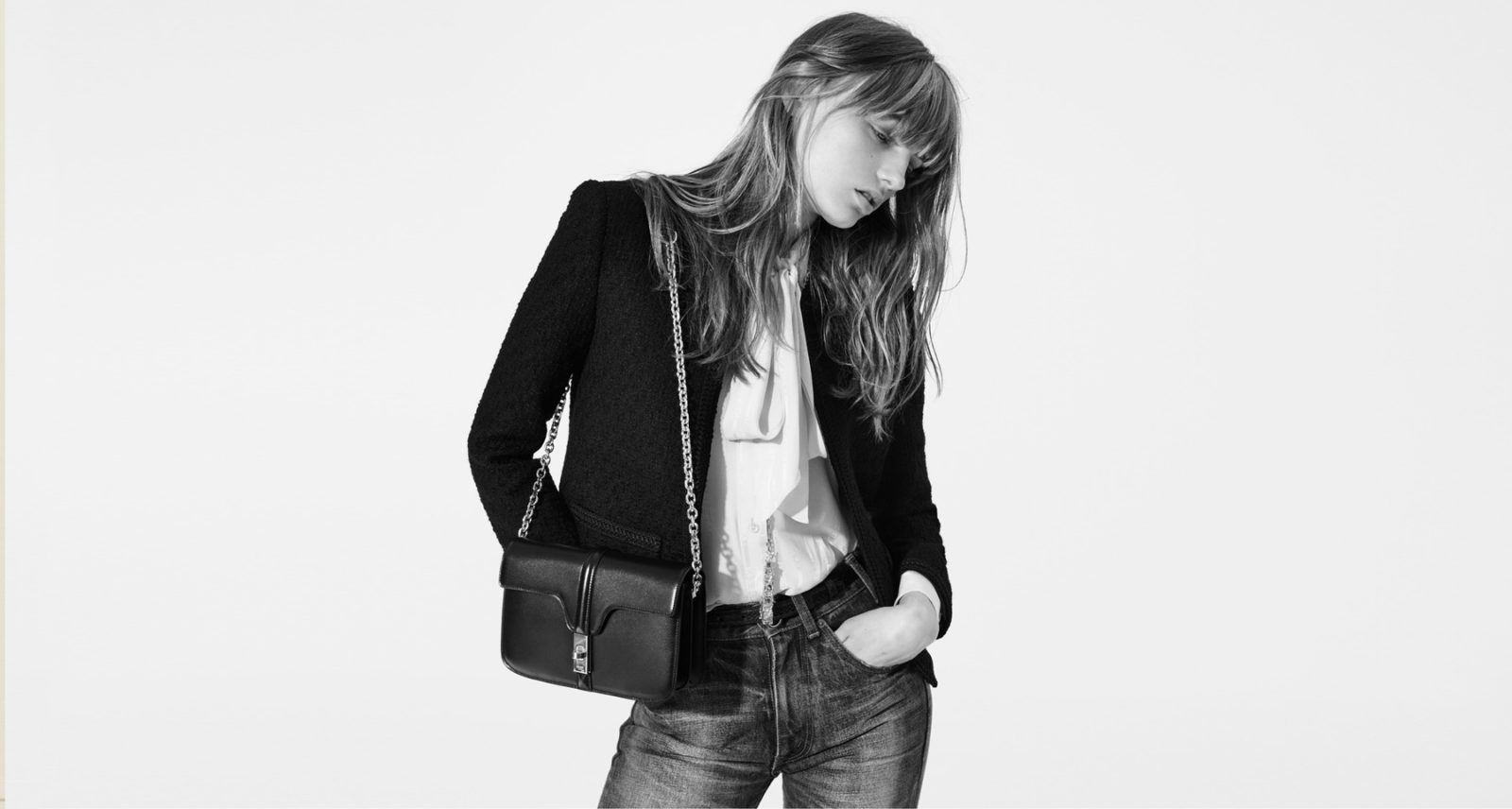 As editors at Lifestyle Asia, we’re privileged to get a first look at the most exciting new luxury goods every day. That’s what you’ll find in Weekly Obsessions: a running list of highly covetable items we’re currently mad about — because if it’s on our radar, it should definitely be on yours, too. From the fashion must-haves of the moment to lust-worthy beauty releases, scroll through to see what our editors are obsessing over this week.

Though I haven’t exactly been a fan of Hedi Slimane‘s approach with Celine since he took over two years ago, there is one part of this all that has won my approval: The 16.

The designer debuted his first bag creation for the house not on the runway, but on the arm of Lady Gaga, whom he gifted before his first Celine collection debut. I was instantly in love, with everything from the shape, the structure, and, most importantly, the 60s-inspired flap details featuring a cropped shape and belted effects. It’s a bag that is oozing with both vintage class and modern sophistication.

Two years later, the 16 leather tote has already branched out into an array of iterations and sizes including the Besace 16, the Soft 16, the 16 clutch, all of which are equally lust-worthy. This FW20, the house is welcoming another member to the line: The Chain Bag 16 (from HK$25,000). You’ll find the same key signatures of the original, including the cropped flap, the turn-lock closure and the domed belt, with a versatile shape that works for day to evening looks, plus an added gold chain to sling effortlessly over your shoulder. It’s just yet another 16 that I can’t say no to. — Cindie Chan, Style Editor

I’ve raved about Caudalie’s Premier Cru Serum before (twice, actually). During a one-hour spa session earlier this year, my skin was microneedled and massaged to perfection, thanks to layer by careful layer of the Premier Cru range impressed upon my poor tired and parched skin.

The Parisian brand’s top-of-the-line collection has once again been upgraded, now with a shiny new Harvard Medical School patent for its hero ingredient of Grapevine Resveratrol. This key ingredient, Caudalie claims, reverts the skin’s level of cellular energy back to its peak at age 21. As the key part of a potent anti-ageing skincare regimen, The Serum (HK$1,100/30ml from Caudalie, 3 Gough Street, Central, Hong Kong, +852 2319 1006) itself works to boost collagen production, allegedly by an alarmingly impressive 46 percent just by the second day of use.

Numbers aside, I can definitely say that it’s a much-needed nighttime weapon to combat those furrows in your brow or lines caused by the long-held grimace under your mask — two natural side effects of hectic city living (hey, laugh lines and crow’s feet apply too for those who prefer to think more positively). The oil-based serum is exceedingly comforting and a nice, soothing little ritual to apply, especially as we transition into the drier months to tail off a year that has no doubt taken a rough toll on everybody. If you’re looking to treat yourself to some wrinkle serum, I wouldn’t hesitate at all to recommend this one. —Evelyn Lok, Managing Editor

In Hong Kong, the weather only becomes properly chilly around mid-December (sometimes, not even until the new year). Despite that, all of the rain and gloom we’ve experienced these past several weeks has me contemplating the joys of flannel; and anticipating how I’m going to wear that wintry woollen staple during the final days of 2020. Being marled in hand and heavily textural, it’s an excellent backdrop against which to showcase pattern: explaining its popularity in checkered, plaid and chalkstripe forms.

This charcoal version sourced from Dormeuil is just the ticket, fashioned into a classic two-piece suit by Japanese RTW brand Ring Jacket (approx. HK$13,330). Unlike the standard domestic market models, Ring Jacket’s ‘3A’ has been made in the distinctive stylistic elan of The Armoury. That means the 3A is a great cut for power dressing; but the soft shoulders and widened chest also come into their own when worn casually. At a push, I don’t think you could wear the pants and coat as separates, but short of that it’s extremely flattering. —Randy Lai, Editor