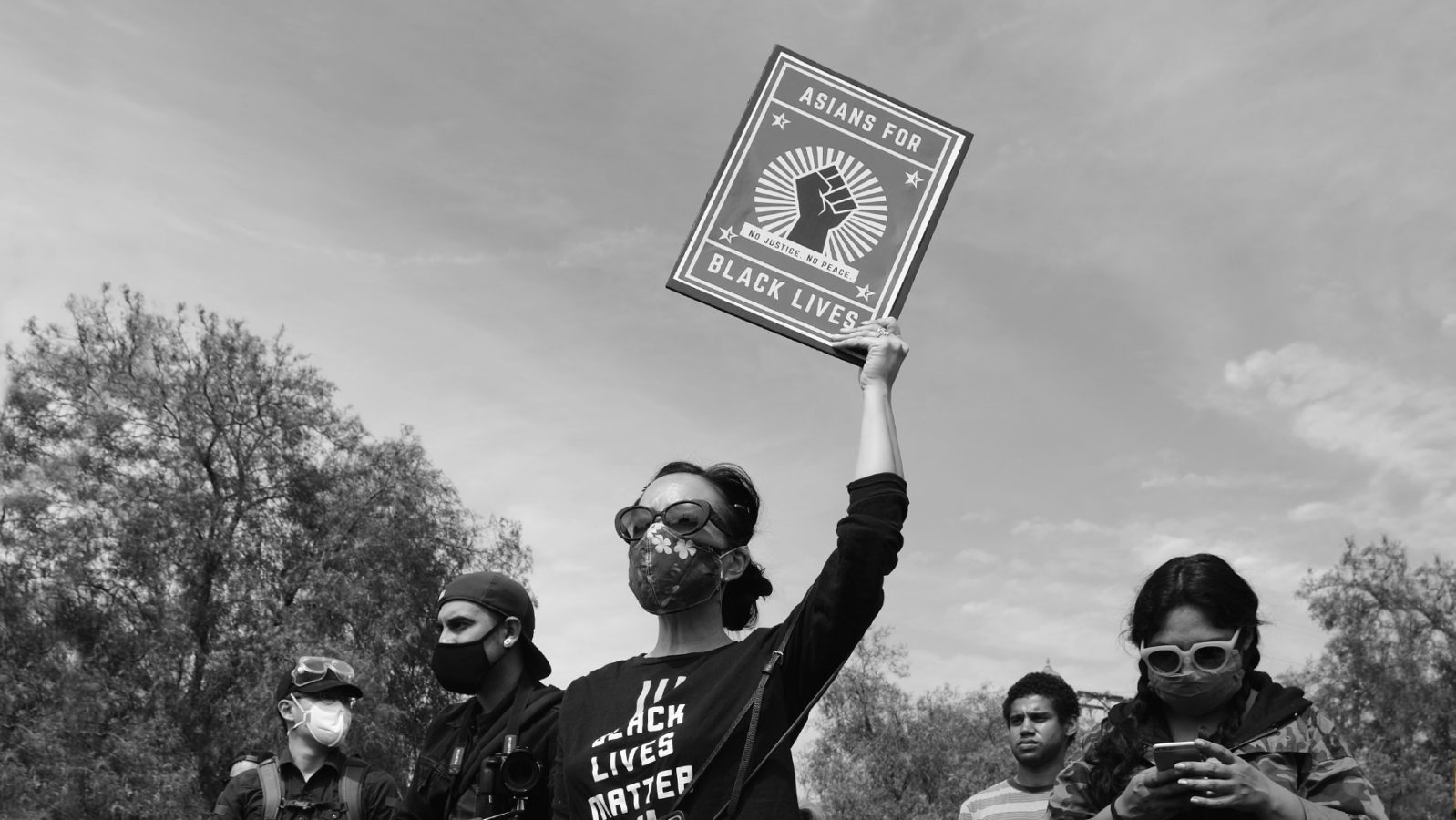 “Racism is a pandemic that kills” — Stella McCartney.

With a global community horrified over the death of George Floyd on 25 May — declared a homicide while being restrained by a Minneapolis police officer — outraged protestors have taken to the streets across the United States to rally for justice. Floyd’s death has ignited six consecutive days of protests and counting across the country, with protestors calling for the end of police brutality, violence and oppression towards the black community at large.

While much of the western beauty industry (from Urban Decay to Caudalie, Sunday Riley to Innisfree USA and many more) have shown their support in light of the Black Lives Matter movement both on social media and through sizeable donations, many fashion giants have remained mysteriously silent.

There are, fortunately, a number of exceptions. Stella McCartney, Altuzarra (both with a minority stake held by Kering), H&M and Rihanna’s Savage x Fenty, have all made donations to Black Lives Matter’s New York chapter, the Bail Project, ACLU, Black Visions Collective, Color of Change, as well as the NAACP Legal Defense Fund.

But even so, there is an embarrassingly empty space in regards to fundraising efforts from top fashion industry leaders, all while small, independent fashion designers are making extra effort — despite their own struggles staying afloat amid CoViD-19 — to set aside funds in support for the fight against racism.

Ganni, for example, has pledged US$100,000 to Black Lives Matter, while Marques Almeida donates 20 percent from every sale “to help the ongoing fight to end state sanctioned violence, liberate black people and end white supremacy forever”. Other contributing brands include Jonathan Cohen, Lou Dallas, Shrimps, Asai, among others — note that many of the above brands are not even based in the US.

Donations aside, there are also brands who have used their platforms to offer thoughtful and constructive contents to drive change. Phillip Lim, for example, have asked his followers to petition and reach out to offices who can serve justice, whereas Victoria Beckham has provided resources and pointed out the importance of taking the initiative to educate yourselves and your children on the topic. Marc Jacobs, on the other hand, posted photos of his vandalised store on Instagram, and another with a message that urge his followers to “Never let them convince you that broken glass is violence […] Racism is violence. White supremacy is violence […]” adding that “Property can be replaced, human lives cannot.”

There are also designers who identify with the struggles of racism on a much deeper level. Virgil Abloh, who’s also made personal donations and privately launched initiatives to support black creatives, shared his constant fear navigating through life as a “dark black man” despite all his successes and achievements. Christian Louboutin, who has long been celebrating all kinds of skin tones with his Nudes collection of pumps and sneakers, also expressed his empathy as he shared his personal encounter of racial prejudice.

What does this all have to do with us in Hong Kong, we hear you ask? While we do have our own societal headaches, halfway across the planet from the heart of the matter, it does not exempt us from making a stand in support of Black Lives Matter. Why? As our colleagues in Singapore have pointed out, this is ‘not just decrying racist violence, it is about exposing systematic racism and holding power structures accountable. This is a fight to level the fields of humanity.’ We all live in an interconnected world, and solidarity as an ally is crucial, whether it’s through donating money, raising awareness within your community, educating your children or, even better, all of the above.

Scroll down to find our list of organisations you can fund in solidarity to Black Lives Matter, and a reading list to learn about the history of systematic racism within America (and the world).

Black Lives Matter: The leading activist platform against racism in the US since its establishment following the police killing of Trayvon Martin in Florida in 2013.

George Floyd Memorial Fund: A GoFundMe set up by the family of George Floyd. Funds raised will help cover funeral and burial expenses, mental and grief counselling, as well as lodging and travel for all court proceedings. Part of it will also go to the Estate of George Floyd for the benefit and care of his child.

National Association for the Advancement of Coloured People: America’s foremost, largest, and most widely recognised civil rights organisation, the NAACP has been fighting to eliminate racial prejudice and ensure political, educational, social, and economic equality of all citizens since 1909.

Reclaim the Block: Based in Minnesota, the organisation aims to defund the police and redirect the fund to provide local communities with affordable housing, healthcare, civil rights protections, resources for youth, violence prevention and more.

The Bluest Eye by Toni Morrison: An African-American novelist and Pulitzer and Nobel Prize winner, Morrison’s debut novel was set in the post-Depression era, and tells the story of a young black girl in the US who grew up wishing for different body features — blue eyes like those of her privileged white peers — in the hopes to fit in. It’s a book that asks powerful questions about race, class, and gender.

Why I’m No Longer Talking to White People About Race by Reni Eddo-Lodge: Famously declared in her 2014 blog post of the same name that she was fed up with trying to reason with white people “living a life oblivious to the fact that their skin colour is the norm and all others deviate from it,” Reni Eddo-Lodge’s 2017 book expands her points in structural racism and white privilege in the UK, where racial bias spans from slavery to lynch mobs that swept across major cities post-WWI.

Barracoon: The Story Of The Last Slave by Zora Neale Hurston: “Of all the millions transported from Africa to the Americas, only one man is left. He is called Cudjo Lewis and is living at present at Plateau, Alabama, a suburb of Mobile. This is the story of this Cudjo.” Based on her interviews with Cudjo Lewis, Zora Neale Hurston reveals the horror and injustices of slavery by telling the real life story of the last-known survivor of the Atlantic slave trade, who was illegally smuggled from Africa on the last ‘Black Cargo’ ship to arrive in the United States.

The Good Immigrant: 21 Writers Explore What It Means To Be Black, Asian, And Minority Ethnic In Britain Today edited by Nikesh Shukla: This book brings together 21 essays written by immigrants from the black, Asian and minority ethnic communities in the UK, sharing the reason they migrated and stayed in the country, and what it means to always be considered as ‘other’ in a country that — despite how many generations your family has been around — doesn’t seem to want you and accept you.

The best new sneaker drops to know about in July 2020