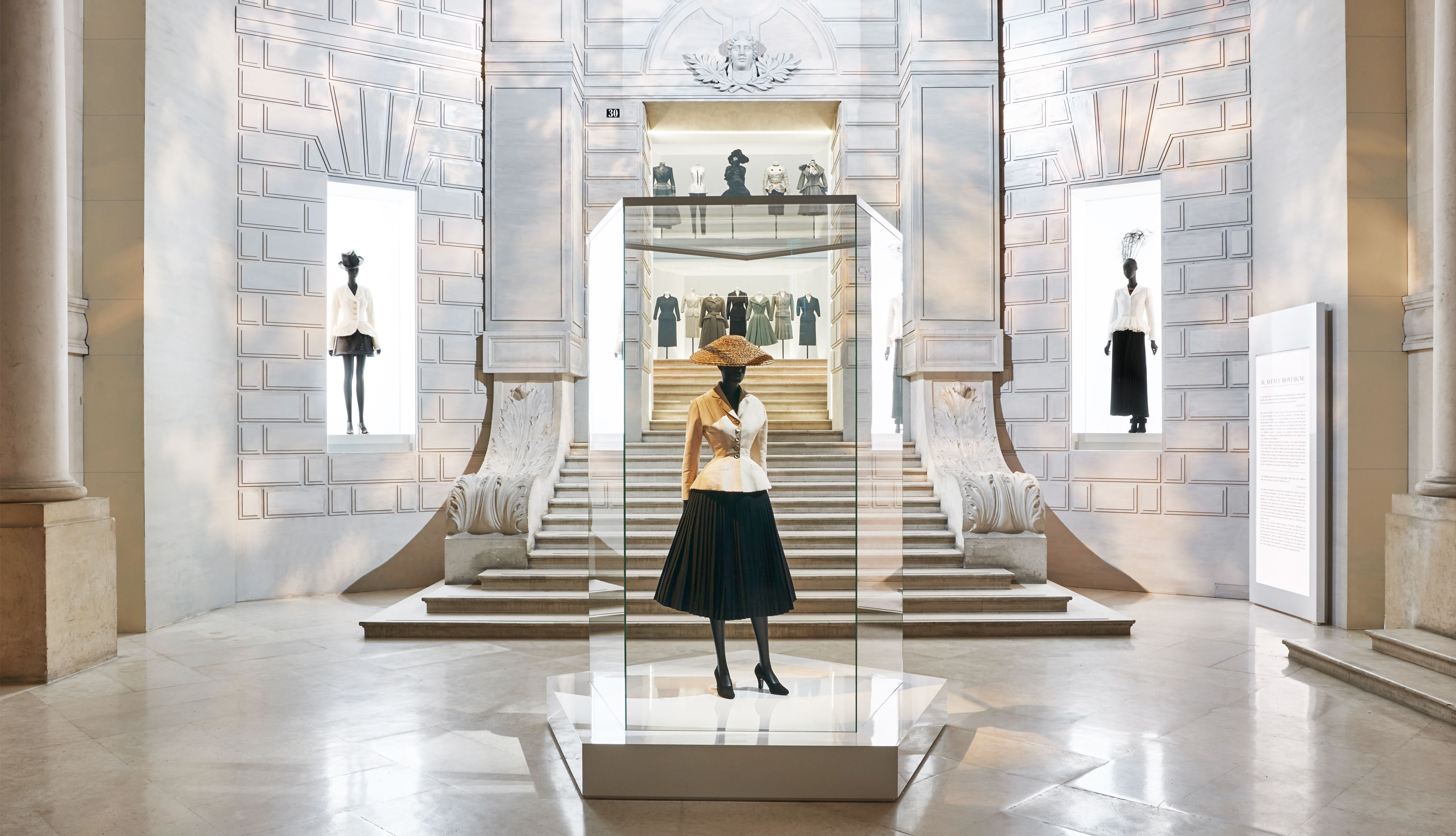 It’s the 70th anniversary since the founding of Maison Christian Dior and the French couture house is celebrating this extraordinary journey with an exhibition at the Musée des Arts Décoratifs in Paris. The exhibition, titled “Christian Dior: Designer of Dreams”,  is not only the largest exhibition in any discipline to be shown at the space, but is also the biggest Dior retrospective ever staged. It spans a total of 32,000 square feet, and is decorated in six successive, thematic settings that suggest an art gallery, an atelier, a street, a boudoir, travels, and a garden.

More than 300 breathtaking haute couture gowns are on display, which not only came from the house’s own archive, but also loans from museums and private collections. These creations — which include Monsieur Dior’s history-making ‘New Look’ from 1947 and the exquisite works of the six illustrious couturiers who succeeded him — are displayed alongside accessories, toiles from the atelier, fashion photographs, as well as hundreds of documents including illustrations, sketches, documentary photographs, advertising documents and more. The body of work offers visitors a comprehensive and chronological presentation of the house’s journey across the past decades, from the story of the founder’s life and his private residences, to fashion within the broader context of art and culture.

Emphasizing the close ties between the Maison and the world of art, “Christian Dior, Designer of Dreams” starts off with an introduction to Monsieur Dior’s childhood and his early days as a gallerist in Paris, where he sold works by Pablo Picasso and rubbed shoulders with famous artists including the then-unknown Salvador Dali. He was also a lover of antiques and objets d’art, an Art Nouveau collector, a decorator enthralled by the 18th century and a garden enthusiast — all of which became crucial parts of defining his signature aesthetics, as seen in the decor of his couture house as well as his designs.

Meanwhile, Dior’s successors all contributed their own creative sensibilities to continue and revive the house’s identity and relationship to its era while, at the same time, remaining true to the original concept.

To offer us a better understanding of how these successors — Yves Saint Laurent, Marc Bohan, Gianfranco Ferré, John Galliano, Raf Simons and, most recently, Maria Grazia Chiuri — managed to contribute their own creative sensibilities while, at the same time, engaged and carried on the house’s identity and relationship to its era, six galleries have been specially installed within the space, with each dedicated to a specific designer.

Other highlights include a replicate of the facade of the house’s headquarters at 30 Avenue Montaigne, which features a window display showing designs from influential designers such as Alber Elbaz, Thom Browne, Louis Vuitton, Comme des Garçons, Yohji Yamamoto, Jean Paul Gaultier, Alexander McQueen and more, demonstrating the huge influence Dior has brought upon the fashion world.

“Christian Dior: Designer of Dreams” is now open and is running through 7 January, 2018 (open Tuesdays to Sundays from 11am to 6pm and Thursdays until 9pm). Take a look at the video below to find out what the world’s top celebrities think about this special exhibition.