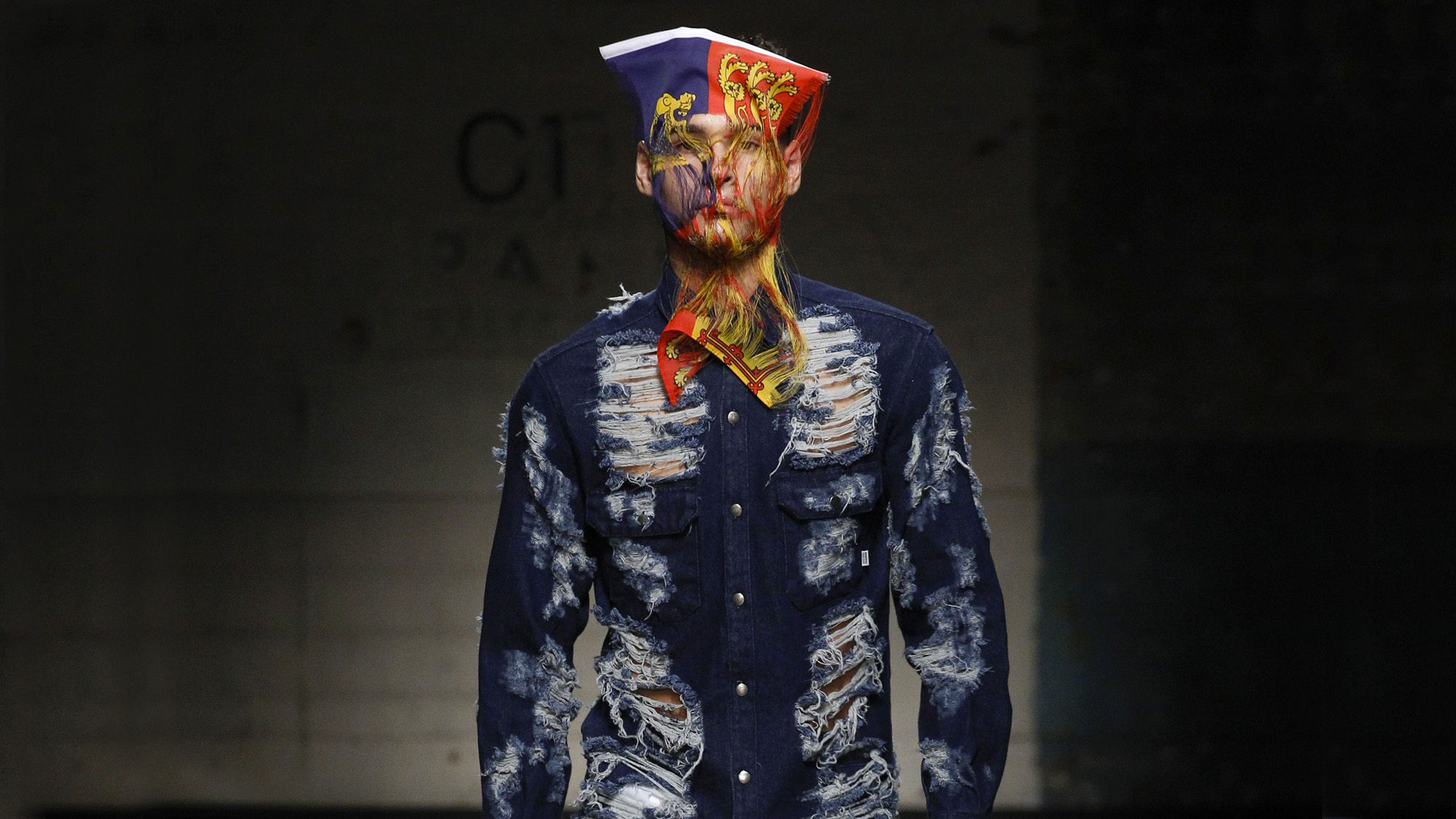 Not unlike artists, fashion designers often tap into the public mood to capture political sensibilities and the emotions of the moment, which they then reinterpret and express via their runway creations every season. As London’s Fall/Winter 2017 shows kicked off over the weekend, young designers displayed their shared anxiety and despair over last year’s Brexit vote.

Christopher Shannon, who presented the most powerful show so far, sent models down the runway with shredded European flags draped over their faces to represent the isolation that comes with Britain’s withdrawal from the European Union. According to the Financial Times, the designer shared his frustrations backstage: “How can it not affect me… I went to art school because I wanted to meet people from all over the world. It’s been my life. I don’t know how to not live like that.”

In his runway presentation, Shannon mimicked recognisable brand logos such as Calvin Klein’s ‘CK’, replacing it with ‘CS’, subtitled with ‘Constant Stress’ and ‘I’m done’. The word ‘Tumbleweed’, on the other hand, is featured in a Timberland-like font, while “BOSS International’ is replaced by ‘LOSS International’.

Daniel W. Fletcher is a young designer who created a buzz last season by staging his presentation on the street in the form of an anti-Brexit demonstration. In response to the vote, his Fall/Winter 2017 presentation featured models standing on podiums posing as young activists. The collection features influences from 1970s style and includes pieces such as a deconstructed trench coat, inverted suits and patchwork leather jackets as a way to express the divide running through the UK.

Designer Matthew Miller made a reference to US President Franklin D. Roosevelt’s 1933 inaugural speech by naming his Fall/Winter 2017 collection ‘Fear Itself’. Models walked the runway with bold stripes of red painted under their eyes and noses that resembled streaks of blood, while the clothes appeared in a black palette with military references and technically sophisticated fabrics, bringing forth a subtle yet powerful message about “the subconscious longing for security that will never subside.”