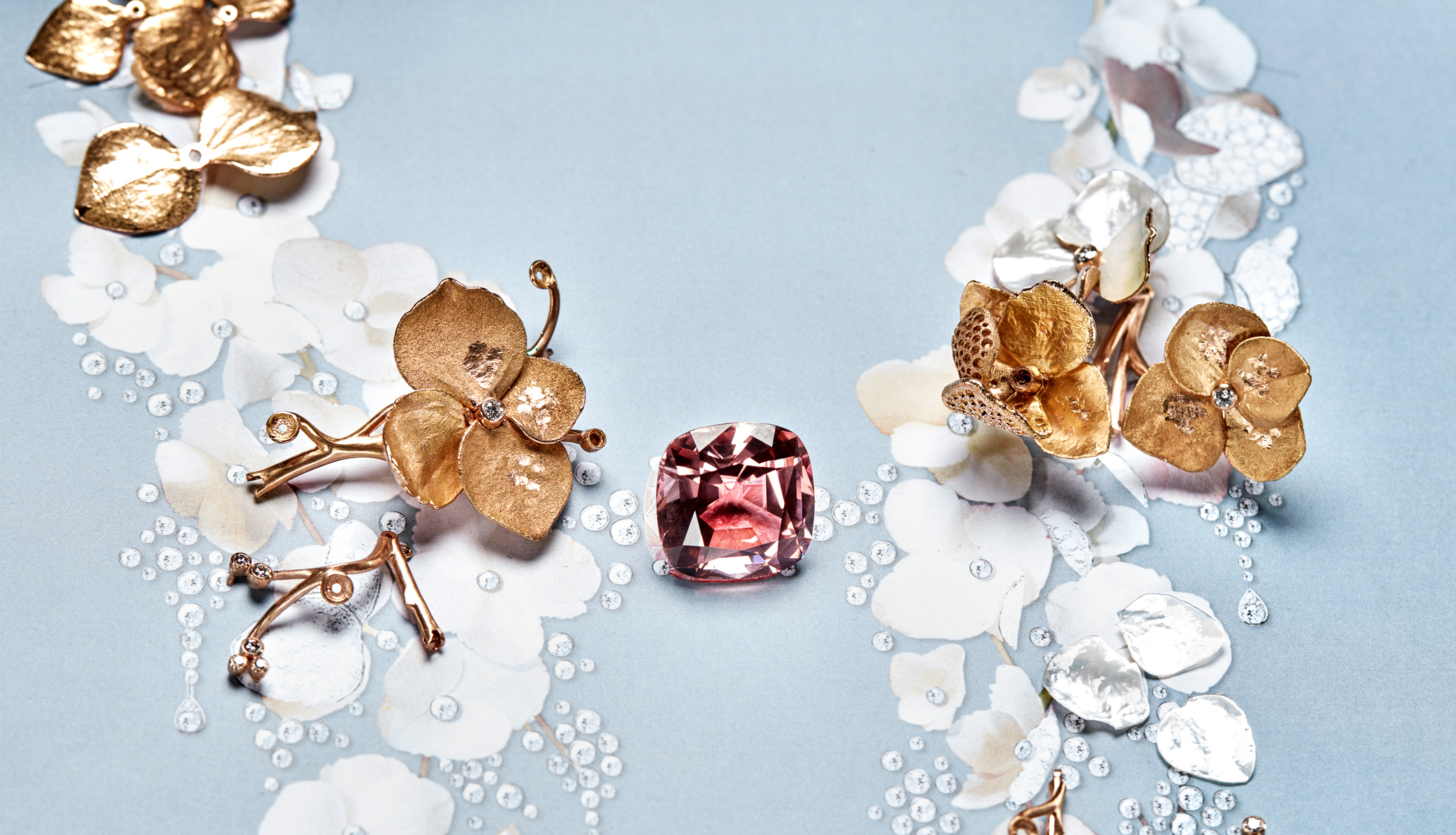 This year marks the 160th anniversary of Boucheron, and as the oldest and the first jewellery house on the legendary Place Vendôme, the jeweller has decided to celebrate by taking the lead in embracing cutting-edge technology and scientific techniques. Unveiled recently at Paris Couture Week was a collection of what might possibly be the most innovative high jewellery creations you’ve ever seen.

From 1879’s “Point d’Interrogation” necklace, featuring the first asymmetrical design with no clasps, to 2016’s “Cape de Lumière” that honoured the drapery of haute couture, Boucheron has always been a supporter of liberation and breaking free from constraints and ideologies. For its latest “Nature Triomphante” high jewellery collection, however, the jeweller has taken a massive step ahead and shaken up the conventions of high jewellery making like never before. Not only did they opt for Computer Aided Design (CAD) software — a method once dismissed by heritage jewellers as one reserved only for mass-produced jewellery — they’ve even used real flower petals to create a series of “Fleurs Eternelles” rings that would last for eternity.

To create these nine unique models of flower rings featuring real petals from peonies, anemones, hydrangeas, roses and more, Boucheron sought the professional help of a petal artist, who scanned each of these petals one by one to capture their shapes in fine detail, before preserving — without any use of pigments or chemicals — and mounting them onto the hyper-realistic titanium flower volumes. These creations were then beautifully set, using the house’s expertise, with precious stones such as padparadscha sapphire, spessartite garnet, indicolite tourmaline and jonquil diamond, ultimately resulting in a series of mesmerising creations that beautifully present the texture, lightness, velvety sheen and fragility of fresh flowers.

Other standout pieces in the collection include a “Lierre Givré” necklace from the “Boucheron Naturaliste” series, highlighted by an unexpected combination of cacholong and titanium for a faithful rendering of the winter thaw. Instead of starting off the creative process with sketches, the jeweller preserved every detail of the plant by scanning the leaves of a branch of ivy, then entwined the digitised version around a model’s neck to get the crown shape. The necklace was then crafted from titanium, before being painstakingly paved with 14,500 diamonds, as well as white cacholong opals that were placed on the tip of each delicately bejewelled leaf.

The “Nuage de Fleurs” necklace, meanwhile, comes from the “Boucheron Surréaliste” series, and features dream-like tones and details that make it look as though it just came straight out of a fairytale. Crafted from pink gold, this necklace is lined with mother-of-pearl and pave-set diamonds, before being further highlighted by a 42.96-carat cushion-cut pink tourmaline. Each hydrangea petal on the necklace was scanned before being placed on the necklace, forming a realistic and airy cloud of flowers that offer a delicate, almost poetic appeal.

By bringing together cutting-edge scientific techniques, long-standing expertise and an innovative, creative vision, Boucheron’s “Nature Triomphante” anniversary collection is not only a celebration of its heritage, but also a reassurance of its leading role in the world of haute joaillerie.