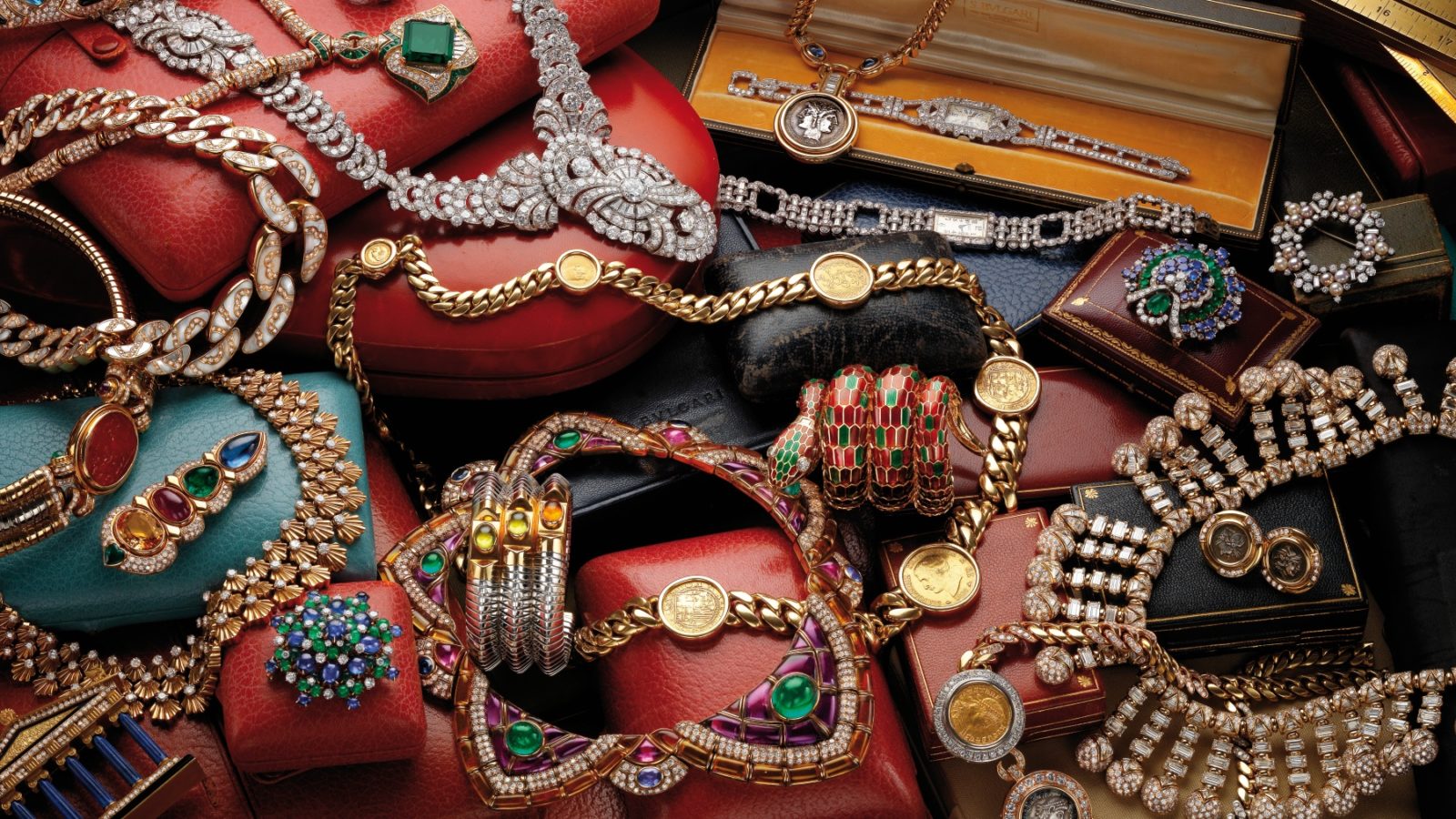 While the world of haute joaillerie seems to have always been dominated by the French, Roman jeweller Bulgari made its own mark since the mid-1950s, rising among its European peers with its bold Italian style and unprecedented combinations of coloured stones, thus earning its name ‘The Master of Colours’.

In celebration of such a colourful legacy, Bulgari is hosting its first-ever ‘The Master of Colors’ exhibition in Hong Kong, where you’ll get a rare chance to see 19 exceptional high jewellery creations from the house’s Heritage collection. Gracing the Bulgari’s Landmark Charter flagship, these remarkable pieces have all been reacquired over the years into the house’s archives through international auctions, each of them a testimonial of not only the house’s legacy, but also the illustrious histories of its previous owners of decades past.

The pièce de résistance headlining the exhibition is without doubt the iconic emerald necklace and brooch that belonged to Elizabeth Taylor.

Custom-designed at the request of her then-partner Richard Burton, the spectacular duo includes a statement brooch — featuring a 23.44-carat, step-cut Colombian emerald. The jewel was designed to double up as a pendant for the necklace, beautifully set with an additional 16 step-cut octagonal Colombian emeralds, each surrounded by brilliant-cut and pear-shaped diamonds.

These magnificent creations were presented separately to Taylor as engagement and wedding gifts. Though their marriage (both of them, in 1964 and 1975) sadly failed the test of time, these jewels remain an enduring symbol for one of the most legendary Hollywood romances of all time.

Next in line is the 1967 sautoir, which was a gift to the now-93-year-old Mrs. Patricia Bemberg from her husband when they celebrated their 23rd wedding anniversary. Inspired by the impressive jewellery of Indian Mughals, the spectacular creation features a long chain, with links set with an array of vibrantly coloured stones — from cabochon rubies to amethyst, citrines, topazes, turquoise, emeralds, and amethyst — and an impressive pendant featuring a hand-carved, heart-shaped 127.35-carat emerald. The piece can be detached and converted into a bracelet and necklace, demonstrating it as an unmissable example of the house’s daring creativity from the late 1960-1970s.

On top of the highlighted jewellery, other selected creations from the Bulgari Heritage creation including designs from the Serpenti, Giardinetto brooches and Monete collections. The Monete, in particular, features a series of surprisingly timeless and modern chain jewellery, all mounted with rare ancient coins. One of the pioneers to adopt ancient coins to adorn precious objects, Bulgari’s juxtaposition of past and present makes this a favourite among celebrities, from Elizabeth Taylor to Andy Warhol, Grace Kelly to Jane Fonda and many more.

The ‘Master of Colours’ exhibition will remain at Bulgari’s Landmark Charter store till mid-September, before travelling to Macau.