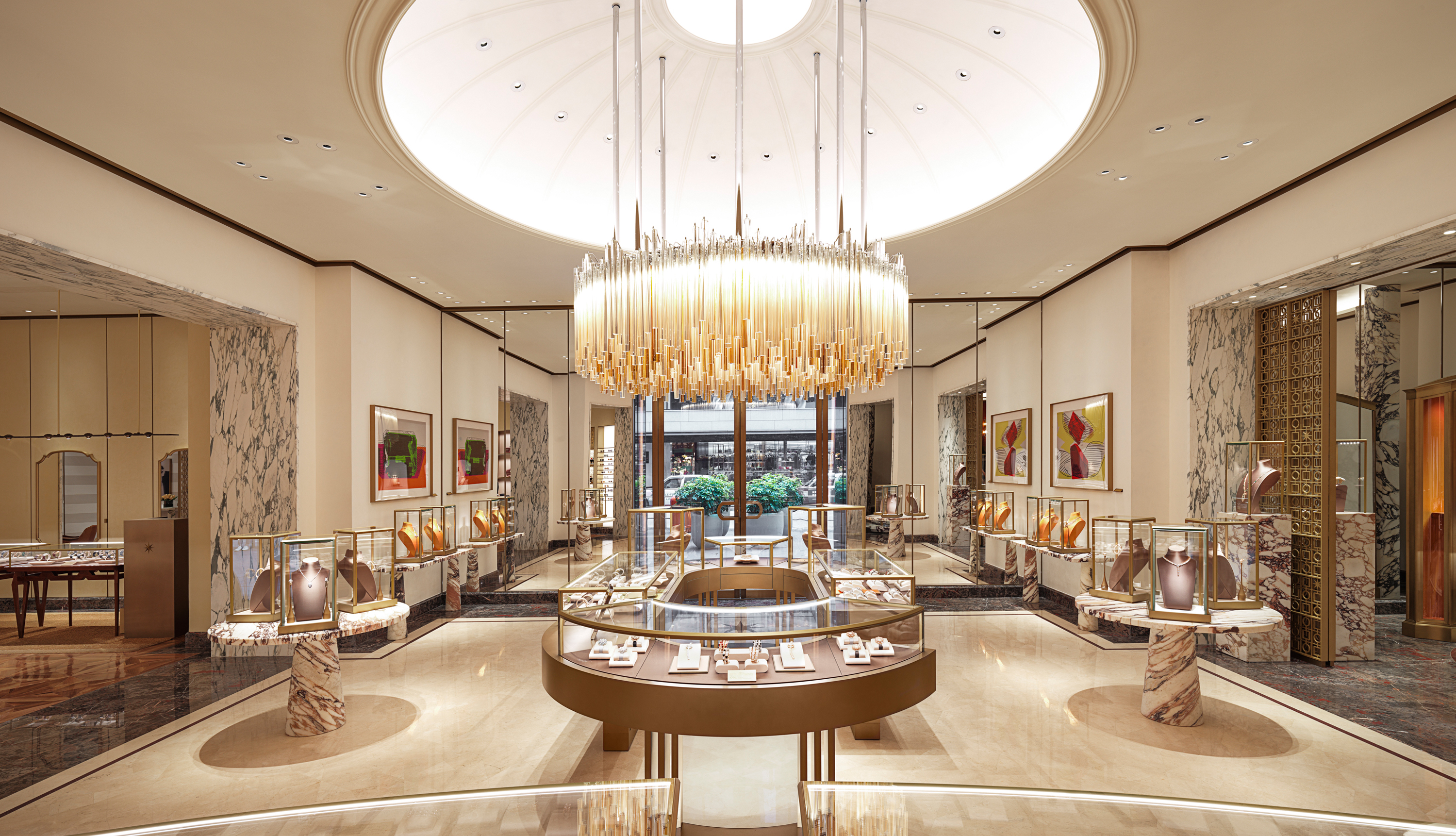 Known for its exuberance, glamour and vivacity, Rome is often called “The Eternal City” — and it truly lives up to its name. It’s also a city that BVLGARI proudly calls home, and the heritage jeweller is declaring its love for the Italian capital once more by bringing the beautiful colours of Rome all the way to Hong Kong, in the form of a newly renovated flagship store.

Entrusting renowned architect Peter Marino with the job of redesigning its Landmark Chater flagship store, BVLGARI has transformed its Hong Kong store with signature elements taken from the house’s global flagship store on Via dei Condotti. The design concept, created especially for Hong Kong, draws on Marino’s timeless yet contemporary vision of the ancient city, resulting in a luxurious space where old meets new, and tradition meets modernity — all in an effort to honour both the buzzing city life of Hong Kong and the warm and relaxed soul of Rome.

Located at 8 Connaught Road in Central, the newly renovated store is an impressive sight on the external façade of Landmark Chater, covering 3,000 square feet of the skyscraper in industrial-inspired Tubogas — a distinctive woven-metal gas pipe design that became the signature design element of BVLGARI’s iconic Serpenti collection as early as the 1940s. As you enter, you’ll marvel at the grandeur of the front door, which is an exact replica of the iconic 1930s Condotti door from the jeweller’s global flagship. The Aura Proportion design of the marble portal, meanwhile, reigns over all windows, bringing a Baroque architectural flair that’s reminiscent of Italian architect Francesco Borromini from 17th-century Rome.

Step inside the store and be prepared to be welcomed into a grand space filled with Roman inspiration. To recall BVLGARI’s magnificent roots, the overall design of the interior is created with the Pantheon in mind — one of the greatest architectural masterpieces of all times. Look directly ahead, and you’ll find the brand’s signature eight-pointed Condotti star right on the floor near the entrance, strategically placed to correspond with its symbolic meaning of “all roads lead to Rome”.

Look around and the first thing you’ll notice is that the entire interior — from the grand columns of the High Jewellery room to the opulent product rooms — is swathed in the classic Italian marble and rare stones typically found on Roman buildings. These stones have been carefully arranged on an assortment of 40 precious materials, including different tones of marmorino plaster, delicate walnut wood, iron, brass and more, resulting in vivid and distinctive combinations of colours and rich textures.

While the central area resembles an open-air promenade or Italian piazza, it eventually opens up to other spectacular rooms with a different atmosphere. That includes the High Jewellery room (custom-designed by Peter Marino for the Hong Kong flagship), featuring an intimate area surrounded by four majestic columns; the reimagined VIP Area that echoes the charm of the lounge in the Palazzo Maruscelli-Lepri in Rome, where Elizabeth Taylor used to escape; and the Bridal Room which can be closed on request for private events, or even for a special proposal.

Adhering to the BVLGARI spirit and craftsmanship, Peter Marino’s concept of balancing the ancient vs. new, and tradition vs. innovation, has not only resulted in a store that’s aesthetically pleasing, but also a constant reminder of the trademarks of the brand and its fascinating origins.

To celebrate the opening of its new flagship, BVLGARI is inviting customers to partake in the cherished Italian tradition of ‘Aperitivo’, a pre-dinner social occasion featuring appetite-stimulating drinks and good conversation. From 11 June–31 August, every Monday–Saturday, the store will host two ‘Aperitivo’ sessions (4–6pm and 6–7:30pm). To join in the fun, simply make a reservation for you and your guests here. It’ll be a brilliant way to see this spectacular new flagship for yourself.