Home > Style > Jewellery > Cannes 2018: The magnificent jewels that sparkled down the red carpet 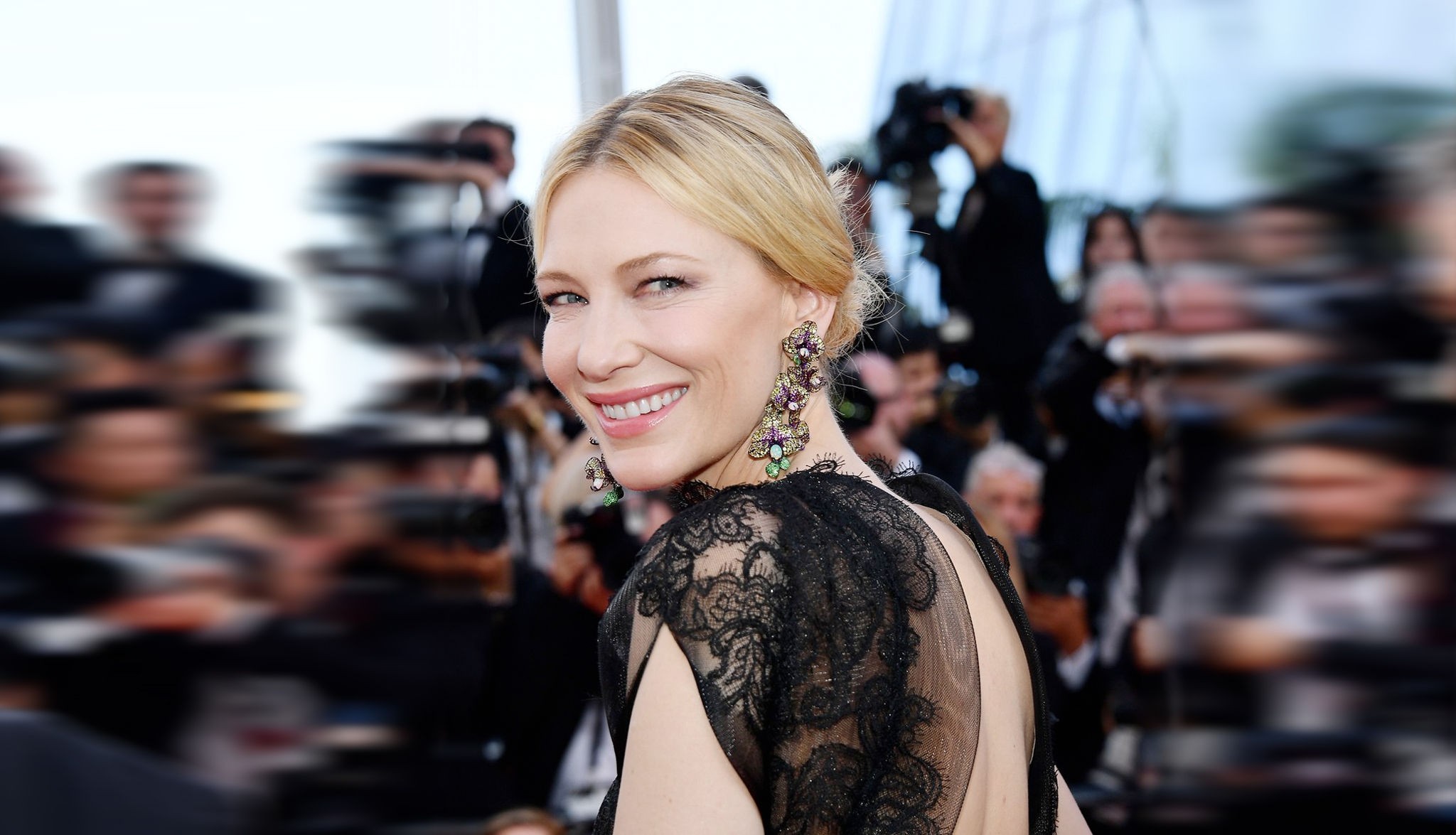 Cannes 2018: The magnificent jewels that sparkled down the red carpet

Style
Cannes 2018: The magnificent jewels that sparkled down the red carpet
Share this article
Next article

Running from 8 to 19 May 2018, the 71st annual Cannes Film Festival is now in full swing, which means Hollywood’s biggest stars from Cate Blanchett to Julianne Moore have descended on the South of France to offer us a 12-day feast of the most glamorous attire and magnificent jewels of the season. Too busy to catch all the red carpet action? Scroll down for a recap of some of the best jewels that have sparkled down Cannes so far. 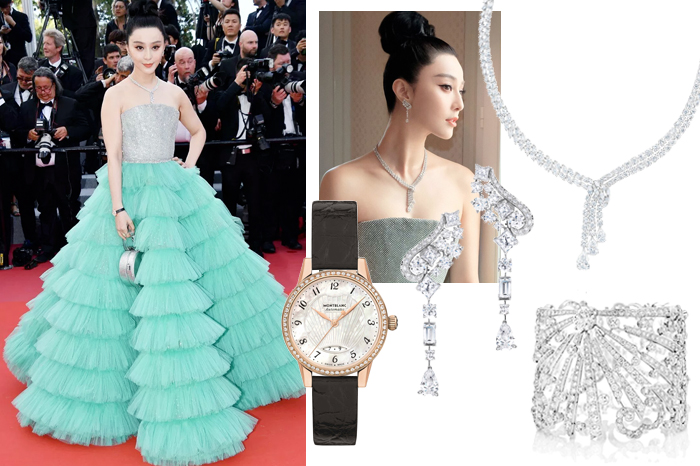 Chinese actress Fan Bingbing looked like she came straight out of a Disney movie dressed in a bejewelled and multi-tiered mint-coloured couture gown created by Tunisian designer Ali Karoui. She chose to accessorise with a series of bedazzled diamond jewels by De Beers, which included the London by De Beers Thames Path high jewellery necklace, Phenomena Glacier earrings and Phenomena Sunbeam cuff, as well as an exceptional 12-carat pear-cut DB Classic ring, before topping it all off with a piece from Montblanc’s Boheme Automatic Date for a ravishing look. 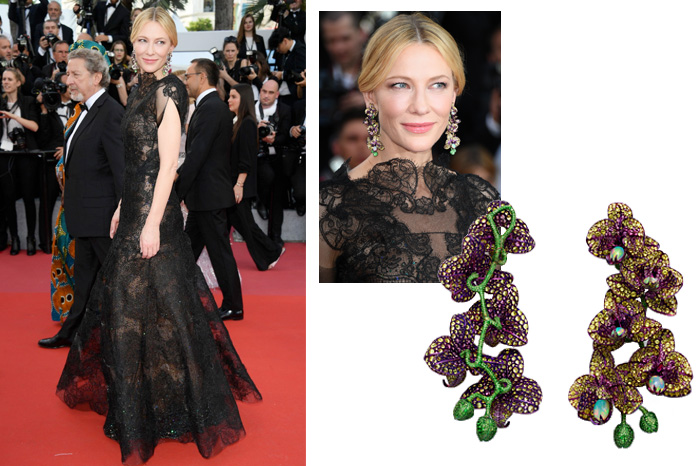 American actress Cate Blanchett, who’s also one of the jury members at this year’s Cannes Film Festival, took a stand on reducing waste in fashion by wearing a beautiful custom Armani Privé gown she once wore to the Golden Globes in 2014. However, what really attracted our attention was the pair of orchid-shaped earrings dazzling against her cheeks. These realistic looking creations came from Chopard’s Red Carpet Collection 2018; the stalk alone contains more than 4,800 tsavorites (11.26 carats), demonstrating the stunning gem setting virtuosity of the house. Set in titanium, these exceptional adornments are graced with blooming purple titanium flowers entirely set with yellow sapphires (42.02 carats) and garnets (24.60 carats). American actress Kristen Stewart, also a jury member, went for a retro glam, femme-fatale aesthetics by pairing an edgy rat tail hairdo with a black evening dress by Chanel. She then highlighted the look by finishing off with a lion-shaped brooch from Chanel’s Sous le Signe du Lion high jewellery collection and bangle from the Signature de Chanel high jewellery collection. 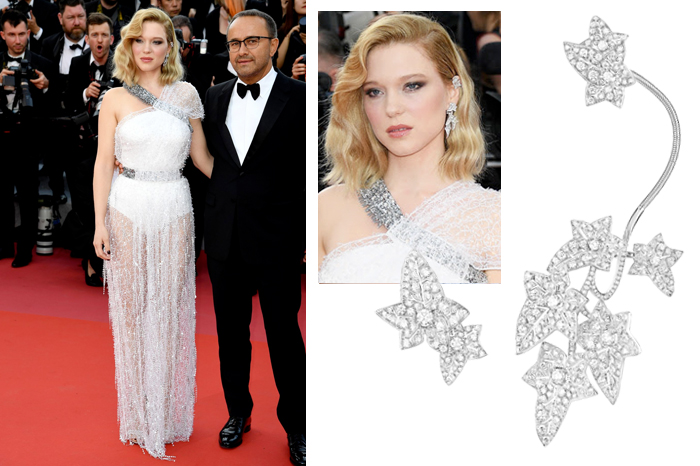 Channelling the 1920s, French actress and jury member Léa Seydoux stepped out in a glamorous fringe dress by Louis Vuitton, accessorised with shimmering jewels from Boucheron’s Lierre de Paris collection featuring the distinctive and elegant shape of ivy leaves inspired by the untamed nature. This creation is part of a whole new series of high jewellery collection that is set to unveil at Paris Couture Week this early July. 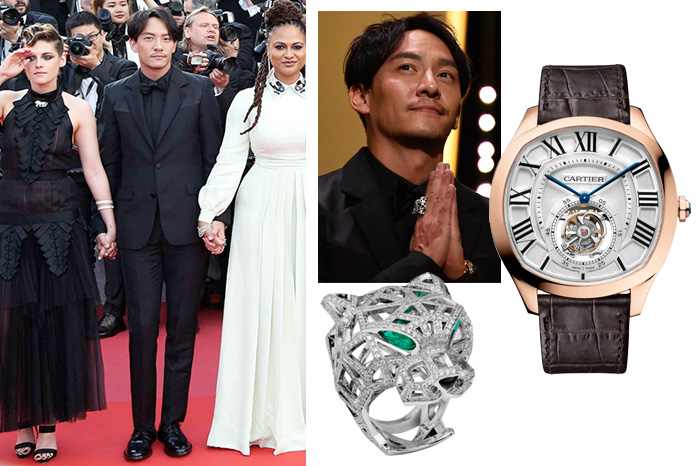 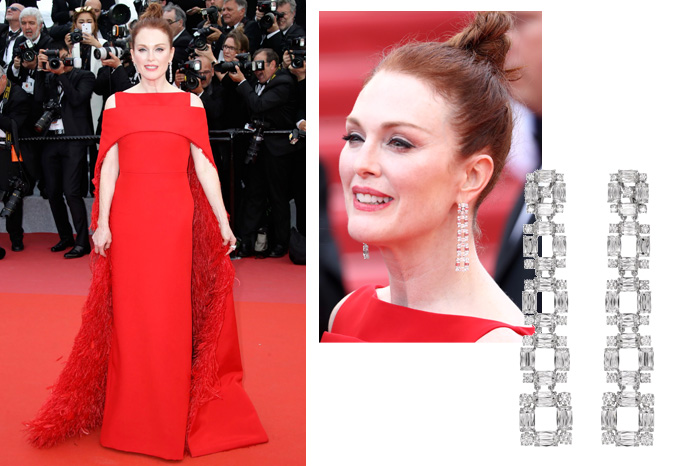 Dressed in a fiery red couture gown by Givenchy, American actress Julianne Moore sparkled in earrings in platinum set with diamonds (24.89 carats) and a ring in 18ct white gold featuring a pair of emerald-cut diamonds (10.11 carats) and pave diamonds, all from the Chopard‘s high jewellery collection. Spanish actress Penélope Cruz, dressed in a feathery Chanel gown, debuted two fine jewellery creations from her collaborative collection with Atelier Swarovski, which included a pair of earrings and a matching ring in white 18-karat FairTrade Gold, set with Swarovski Created Diamonds and created rubies. This new collection also served as an announcement of the brand’s commitment to create jewellery using only responsibly sourced gold. 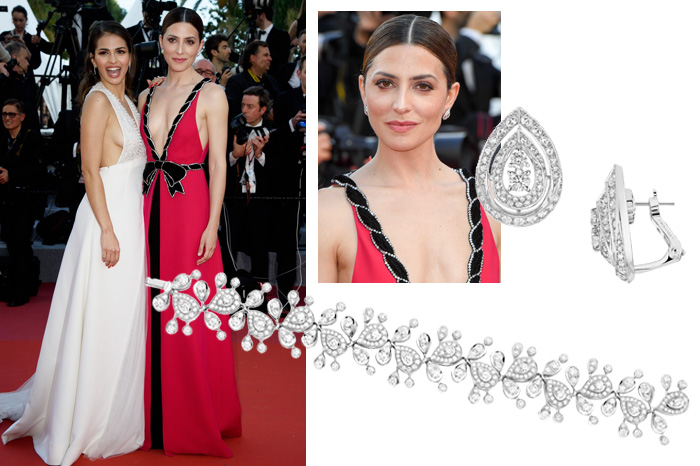 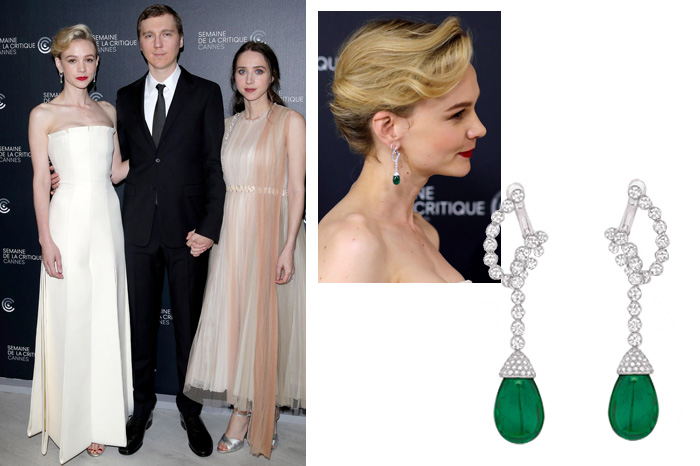 English actress Carey Mulligan showed off her hourglass figure in a sophisticated strapless couture gown from Christian Dior, and highlighted the look with a pair of colourful Classique earrings in white gold, brilliant-cut EFVVS diamonds (4.28 carats) and emeralds from Zambia (22.09 carats) from Chaumet.