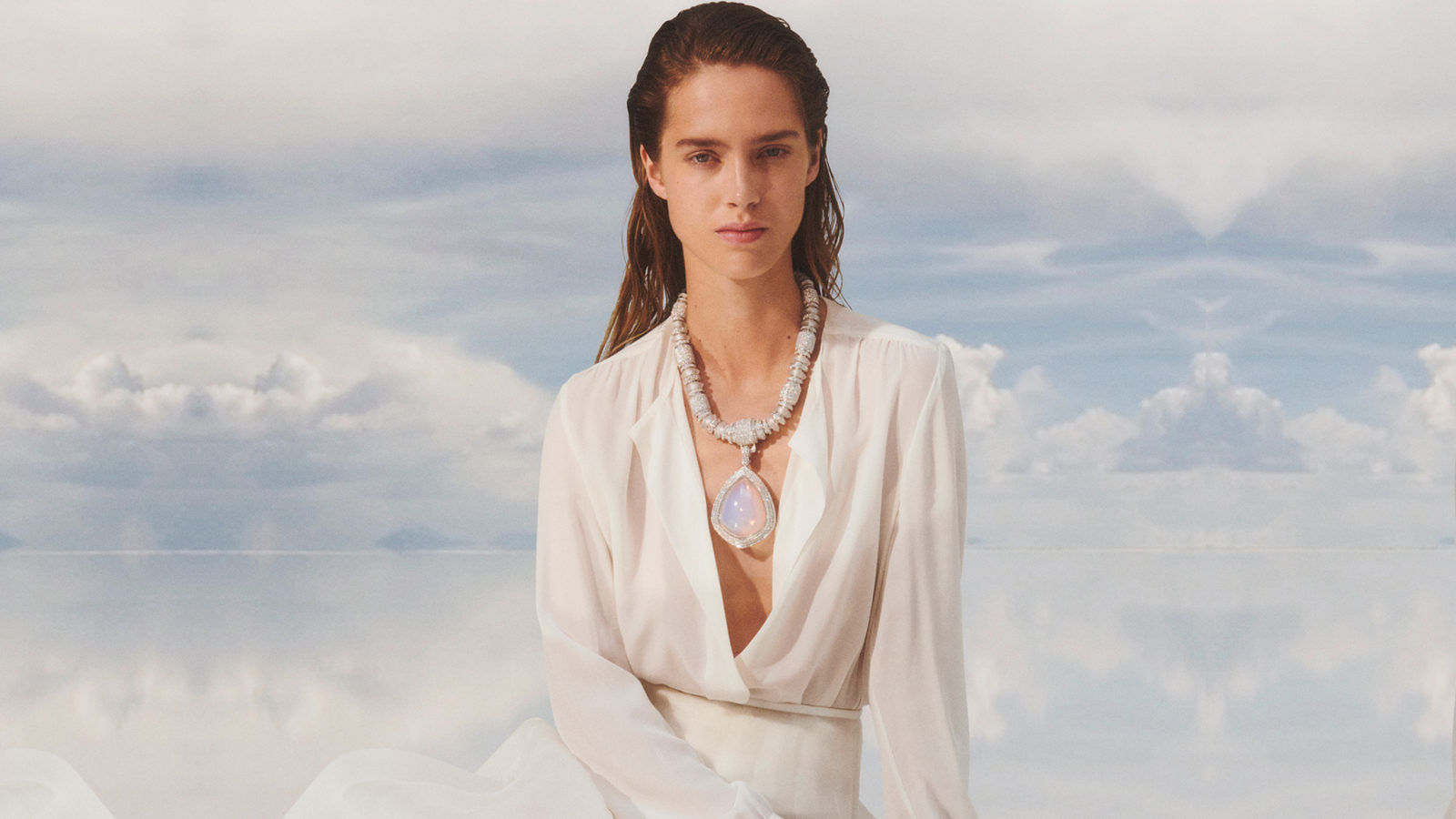 A first look at the new high jewellery creations from Cartier, Bulgari and more

Style
A first look at the new high jewellery creations from Cartier, Bulgari and more
Share this article
Next article

July, the month of haute couture and high jewellery, couldn’t have come sooner for those of us starved of beauty. With the ongoing pandemic, however, the industry had to continue adapting to the new virtual format. Haute couture, for example, welcomed their first digital showcase. As for the high jewellery world, collections weren’t unveiled at the legendary Place Vendôme, but rather on the less glitzy rendezvous point of a Zoom session.

But we’re not complaining, not when there are new haute joaillerie offerings to marvel at from the likes of Cartier, Boucheron and Tiffany & Co. Mother Nature was a big inspiration for all three brands, which is predictable enough, though we can’t say the same for the designs that they dreamed up.

Others, like Bulgari and Chaumet, looked to art and architecture — other things we’ve been missing during the pandemic — and emerged with exquisite results. These are tough times for everyone, but jewellery brands have done a brilliant job at reminding us of their raison d’être: To provide us with wonder.

Below, we list the most potent of high jewellery collections that have been unveiled in 2020.

Drawing from a concept so familiar to us after the pandemic, Boucheron creative director Claire Choisne unveiled ‘Contemplation,’ a 67-piece collection that aims to capture the ephemeral beauty of the sky. There’s the Nuage en Apesanteur (French for Weightless Cloud) necklace, formed by titanium threads that are dotted with diamonds and glass beads mimicking droplets of water. There’s also the Avant le Frisson (Before the Thrill) necklace which freezes the moment when a dandelion is blown by the wind.

The designer was most successful with the Goutte de Ciel (or Drop of Sky) necklace, whose large, pear-shaped pendant is made with aerogel. Composed almost entirely of air, aerogel is the lightest man-made substance on Earth and is used by NASA to capture stardust. On the necklace, its translucency makes for a hypnotic, one-of-a-kind pendant.

Cartier, too, found inspiration in nature, but in a more pronounced way. The result was ‘SurNaturel,’ or Supernatural, a collection that recreates elements of flora and fauna in jewellery. See the Opheis necklace, an ambitious undertaking whose snakeskin effect is achieved by overlapping diamonds and onyx stones. The head of the serpent is marked by a Zambian emerald weighing 53.94 carats.

The Hemis diamond necklace, meanwhile, draws on the jewellery brand’s panther icon, using irregularly-shaped opals to mimic the fur of the wild cat. Like the Opheis, it’s marked by a gigantic gem, this time a lilac kunzite weighing 71.80 carats.

For its 240th anniversary, Chaumet made an ode to architecture with its multi-chaptered ‘Perspectives de Chaumet’ collection. The French jeweller nodded to the greats like Frank Gehry and Zaha Hadid in the pieces it revealed, of which a standout was the Lacis tiara. The diamond-latticed creation is made using Chaumet’s signature ‘fil couteau’ (or knife-edge) setting technique, resulting in a geometric gem masterpiece.

Other notable designs comes from the ‘Skyline’ chapter, which pays homage to postmodern deconstructivist architecture. We adore the showstopping necklace featuring a 16.06-carat pear-shaped Colombian emerald, as well as the eponymous ring sporting a 7.34-carat, D-Flawless, type IIa Asscher-cut diamond, whose gold frame fans out asymmetrically like the lines of a Gehry building.

Pomellato, which introduced the idea of ready-to-wear fine jewellery to go with the rise of ready-to-wear fashion, has now made its foray into high jewellery. Its debut collection, ‘La Gioia,’ brings together all of the Italian house’s codes: Colourful stones, bold chains, and unexpected volumes.

Of the 165 pieces, one of the highlights is the Nudo Collier Plastron necklace. It’s a tribute to Pomellato’s beloved ‘Nudo’ line, which is marked by bright gemstones that are almost fully exposed and set in place without prongs. The rose gold necklace features an array of  Clessidra-cut stones like diamonds, topaz, peridots, rhodolites and amethysts. Just as colourful is the Gourmette Caméléon choker, made with rose gold links that are pavé-set with stones in the shades of the rainbow.

Jewellery is embracing colour in a big way this year; Bulgari reminded us of that with its “Barocko” collection. It’s inspired by the Roman jeweller’s hometown and its Baroque era, which was rich with bold art and architecture.

Marrying high drama with high jewellery, none of the pieces from the collection are subtle. Just look at the Cabochon Exuberance necklace, for example, which features massive tanzanites, rubellites, emeralds and aquamarines set on yellow gold.

‘The Legendary Designs of Jean Schlumberger’ is the name of Tiffany & Co.’s new collection, which sums up pretty much all you need to know about it. Schlumberger, after all, was one of the 20th century’s leading jewellery designers, and his nature-inspired creations were often exalted as art.

Take the Monarque necklace, for example, which resembles a bough of (pavé diamond) leaves, contrasted by a single sapphire-winged butterfly. Just as wondrous is the platinum and yellow gold Flower Ring, which features an oval rubellite tourmaline in the heart of a diamond flower bouquet.

Pomellato Cartier Chaumet High Jewellery Boucheron Tiffany&Co.
Lifestyle Asia
Here's where you can read the latest news and stories from Lifestyle Asia and our sister titles PrestigeOnline and Augustman, curated from all of our editions in Hong Kong, Singapore, Kuala Lumpur, Bangkok and India.
Luxury