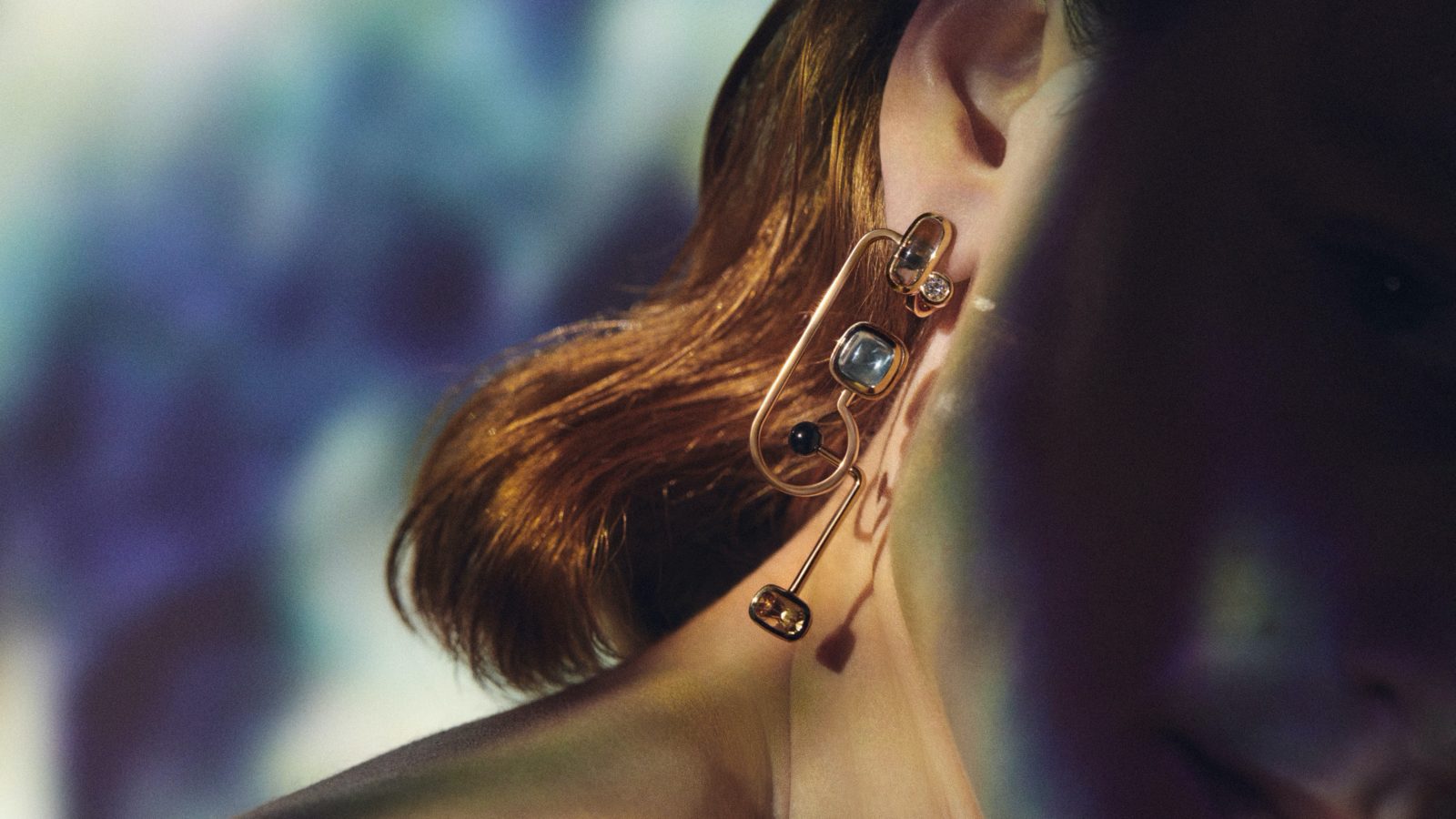 Style
A look at Lignes Sensibles, the new high-jewellery collection from Hermès
Share this article
Next article

High-jewellery made to complement and move with body, rather than simply embellish. Introducing Hermès’ new Lignes Sensibles.

Each of Pierre Hardy’s creations in Hermès high-jewellery universe has always been incredibly unprecedented; unexpected. Hardy’s pieces traverses far and beyond the standard gemstone-set-on-hardware variant – each design is sketched after the meticulously sourced stone to fit its natural state — to become ones worthy of conversation, pieces that enchant and inspire. They’re artistic sculptures, to be admired at a good stanchion-measured distance — like works hung in a pristine gallery.

The sixth set from the designer, Lignes Sensibles, is of no difference. A 45-piece line-up that translates to “sensitive lines”, the collection is split into five separate series. Each, while adhering to Hardy’s inclination towards geometric shapes, also anchors on the sensuality of the human form and figure, starting from the exterior curves and crevices on the body, before delving into inner, intricate network of sensory systems. As Hardy explains, “Geometry is inherent in all of us, art merely reveals it. I love that the body holds so much symmetry; it is a wealth of mechanisms and articulations. The jewellery I create attempts to bring to the surface these inherent facets of the human body, and to exalt them.”

Sure enough, the pieces are dazzling tributes. There’s an intricate web of winding gem-dotted strands the in Hermès Réseau Lumière series that nods towards the circulatory system with sapphires organised in graduating rainbow shades. A satin-brushed rose gold cuff from Hermès Faire Corps inlaid with pink quartz highlights the skeletal structure of the wrist with irregular cut-outs tempered against an abstractly curvaceous design.

The most palpable, however, is a stunning collar necklace in Contre la Peau, composed of glistening white diamonds expertly formed into minuscule triangles through the technique of “meshing” to mimic the natural texture of micro-wrinkles on the skin. When laying the latticed structure upon the clavicle, it enswathes like an exquisite gem-studded scarf with the brilliant stones coalescing with each contour on the neck, mirroring every movement and sliding over like a second skin. An exquisite second layer made of metals, gold and diamonds, at that.

“In my previous collections, the link with the body was achieved through metaphors, such as the chain,” Hardy mentions when in conversation of the designs, “Here it is direct: the jewellery is closer than ever to the body itself. The pieces fit closely around the finger, around the neck, around the wrist. I wanted to return to this symbiosis: to be at one with the skin.”

The range of gemstones are chosen are ones closest to mimic skin tones and feature, leaning towards muted, pared-back palettes. There are milky moonstones and, most notably, the light brown diamonds in Ondes Miroirs series. Light pinks for lips and the gleam of blue tourmaline and smoky, as evident in À l’écoute stand in as translucent irises, with a counted few of the latter series’s pieces also moulded after the tools — the stethoscope — for an inward-looking window to “sounds and vibrations that are otherwise imperceptible to the ear” of the body. Intermittent lines, which pause and pulsate in staggering directions with light-glinting gemstones.

“In my mind the material is constantly changing, and the collection follows this progression: it goes from the most tangible to the most immaterial,” Hardy mentions. Lignes Sensibles a testament to his passion of dance and movement, too, evident in the flowing strokes and easy versatility of the designs; pieces that slide seamlessly between a necklace to a brooch for multi-way wear.

A truly breathtaking take of traditional jewellery design. At Hermès, it’s all about the imagination; the intimacy that first connects the designer to the pieces, and then, the piece to its wearer. “Above all, I am passionate about inventing new forms of flexibility that allow the hand to remain free and fingers to bend. I would love jewellery to be alive,” Hardy finishes.

Hermès haute joaillerie Lignes Sensibles high-jewellery
Lorria Sahmet
Style Editor
Two years of covering luxury retail later, Lorria is thrilled to be dedicated to writing about fashion, food and lifestyle. When not roaming around garden centres hauling back new plants for her indoor jungle, she is most likely hunting down the best fries in the city. She's happiest by the ocean with a fishbowl glass of ice-cold Aperol spritz.
Style Jewellery Wellness Food

10 romantic gemstones that will express your love