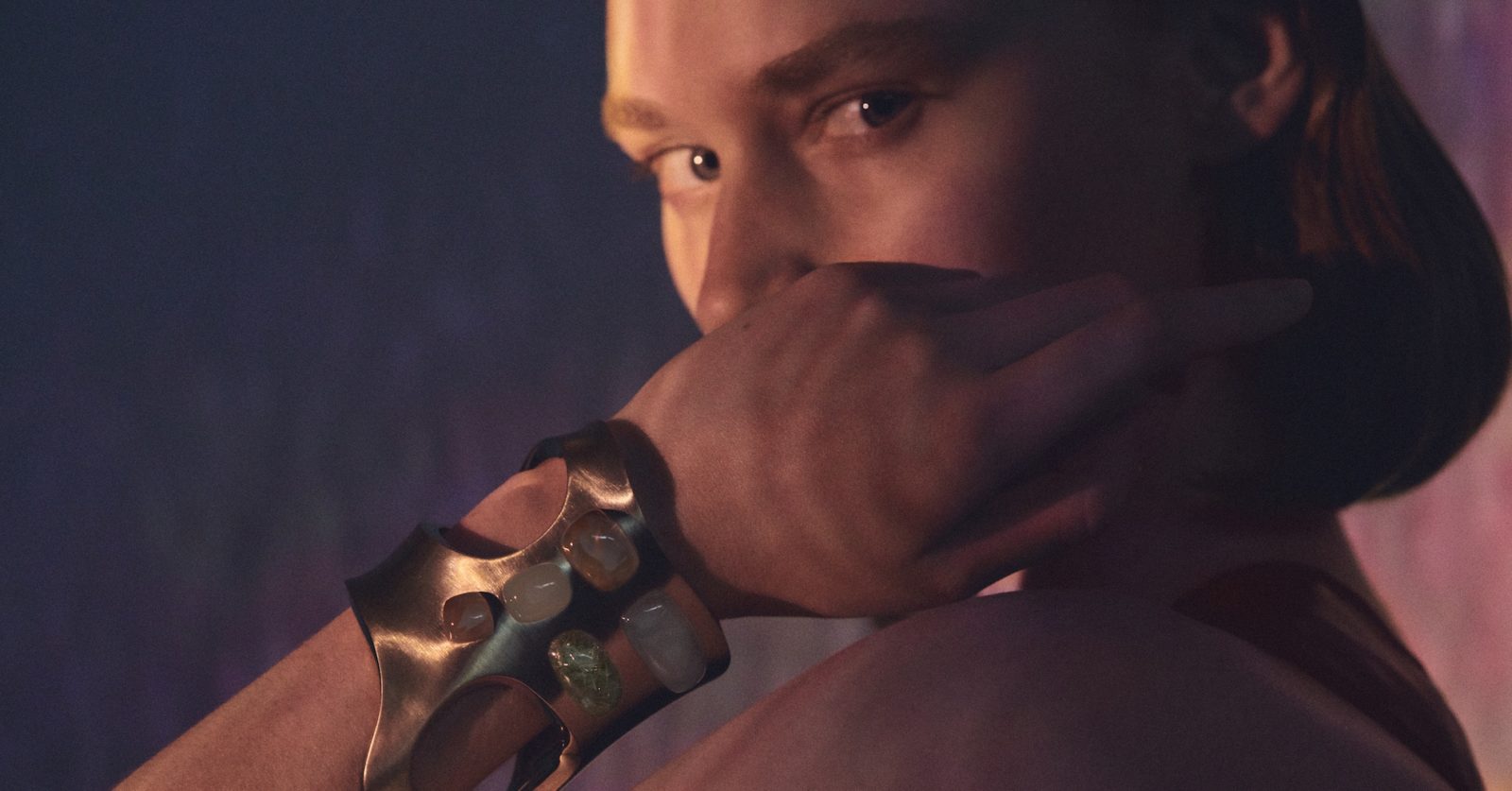 Pierre Hardy must somehow be on the same wavelength as fellow Hermès creative director Nadège Vanhee-Cybulski: The two designers have just presented collections that indulge in sensuality — Vanhee-Cybulshi for Hermès’ Paris Fashion Week show, and Hardy for the Maison’s latest high jewellery offerings.

The latter collection is called Lignes Sensibles, which is French for ‘sensitive lines.’ It introduces 45 pieces, including necklaces, rings, single earrings and bracelets, that are “oriented towards intimacy,” as Hardy notes in his press statement. “The jewellery is closer than ever to the body itself. I wanted to return to this symbiosis: to be at one with the skin.”

Surprisingly, Hardy’s inspiration for the collection was sound, not touch. He looked to instruments that could be used to listen to the body, such as the stethoscope. That explains the unexpected, almost mechanical design of the À L’écoute necklace, which forms a map of jewels like sapphires and tourmalines across the collarbone. It also comes with a matching hand jewellery piece, which combines a ring and a bracelet, and slips on like a glove.

The Ondes Miroir necklace is a lot more fluid. It starts with a rose gold collar — embellished with diamonds in shades of brown, no less — that spills into layers of chains. In the crystal cascade, you’ll find cabochon-cut cream moonstones and yellow topaz.

Across the collection, the use of rose gold, as well as specific gems and diamonds, is deliberate: Hardy wanted “flesh colours” that are close to the human skin tone, so that the jewellery pieces would “become one with the skin.”

That’s what he achieves with the tour de force of the collection: the Contre Le Peau necklace. It’s a mesh masterpiece, achieved by delicately weaving tiny triangles of rose gold with bezels for diamonds to be set on. “We discovered that we had created the microscopic structure of skin, with its triangular micro-wrinkles,” shared Hardy. “We had made skin! Skin in metal, gold and diamonds.”

The piece sits around the neck like one of Hermès’ famous silk scarves. Unlike the scarves, though, the Contre Le Peau necklace shines with over 800 brilliant-cut diamonds, weighing 45.3 carats in all.

Despite that, the necklace, as the rest of the Lignes Sensibles collection, isn’t flashy (though it’s definitely fleshy). For all their embellishment and artistry, the jewellery pieces remain lightweight and discreet, which is very much aligned with Hermès’ brand of quiet luxury.

In other words, these aren’t pieces made for others to admire (though they definitely will), but for their wearers to feel a personal connection to — something sorely missing in our socially distanced reality. “The whole collection resembles a caress,” said Hardy. “The necklaces are as soft as arms around the neck.”

It’s worth noting that Hardy conceptualised Hermès’ latest high jewellery collection years ago; like the rest of us, he couldn’t have foreseen our present pandemic. Still, it does feel like Lignes Sensibles, with all its emphasis on touch and togetherness, couldn’t have come at a better time.

Hermès High Jewellery
Lifestyle Asia
Here's where you can read the latest news and stories from Lifestyle Asia and our sister titles PrestigeOnline and Augustman, curated from all of our editions in Hong Kong, Singapore, Kuala Lumpur, Bangkok and India.
Luxury