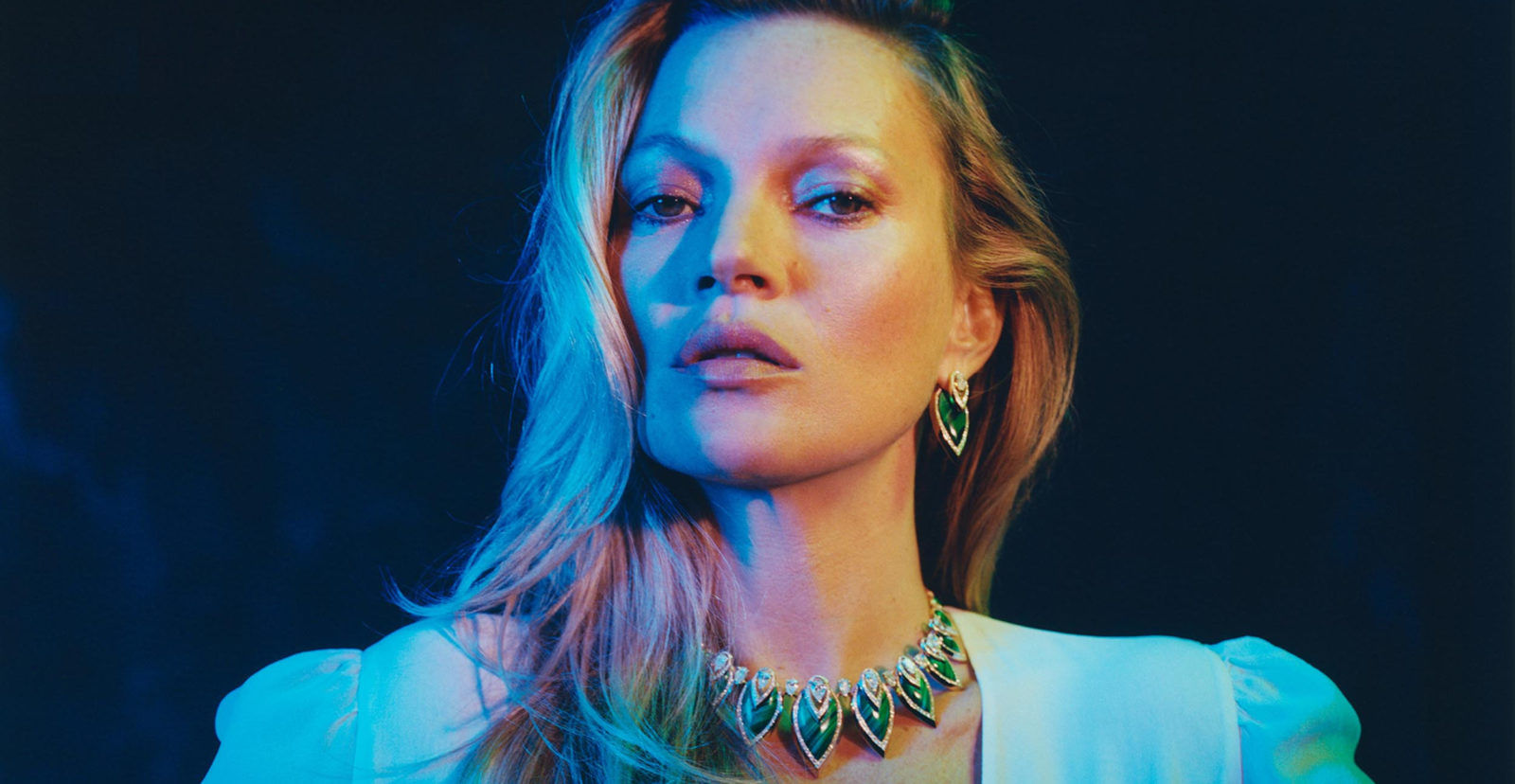 Despite being the face of many a jewellery campaign over the years, you wouldn’t expect Kate Moss — the ultimate poster child for 90s insouciance — to care much about high jewellery.

Yet the British supermodel clearly does, as her new jewellery line shows us. It was made in collaboration with French haute joaillerie house Messika, whose casual, contemporary diamond designs have won over the likes of Gigi Hadid, Beyoncé and Rihanna. Moss was the face of Messika’s campaign last year, but this year she takes a much larger role as designer.

It was Moss, as well as Marilyn Monroe, whom founder Valérie Messika first pegged as her muses when she launched her jewellery label in 2005. Through her new collaboration with the fashion icon, things have come full circle.

The ‘Messika by Kate Moss’ line is inspired by pieces in Moss’ own jewellery box. The model’s taste for jewels is actually pretty eclectic, encompassing designs from different eras. In the mix are elaborate Victorian baubles, geometric Art Deco styles and even Indian jewellery, collected from Moss’ travels to India as a teenager.

These influences shine through in the new, 70-piece high jewellery collection, which include sets of earrings, necklaces, rings, bracelets, headpieces and nose jewellery. Some highlights include a tasseled sautoir, sunburst hoops, a three-finger ring, and dangling earrings set with pear-shaped malachite (crystals, after all, are having a moment in jewellery).

These are all enhanced with Messika’s careful selection of diamonds, which are of the highest quality and certified by the Gemological Institute of America (GIA). (Messika herself has an intimate understanding of the gems, being the daughter of French diamond dealer André Messika.)

Yet none of that steers the Messika by Kate Moss collection away from the modern ethos at the heart of the jewellery brand. As luxuriously as they are crafted, the designs are meant to be effortlessly worn to everyday affairs, not tucked away preciously in a jewellery box. That design approach is shared with other diamond jewellery designers (such as Hong Kong-based Nicholas Lieou and British designer Monica Vinader), reflecting the tastes of women today.

The entire Messika by Kate Moss collection is slated to launch in November.

Kate Moss messika
Lifestyle Asia
Here's where you can read the latest news and stories from Lifestyle Asia and our sister titles PrestigeOnline and Augustman, curated from all of our editions in Hong Kong, Singapore, Kuala Lumpur, Bangkok and India.
Luxury