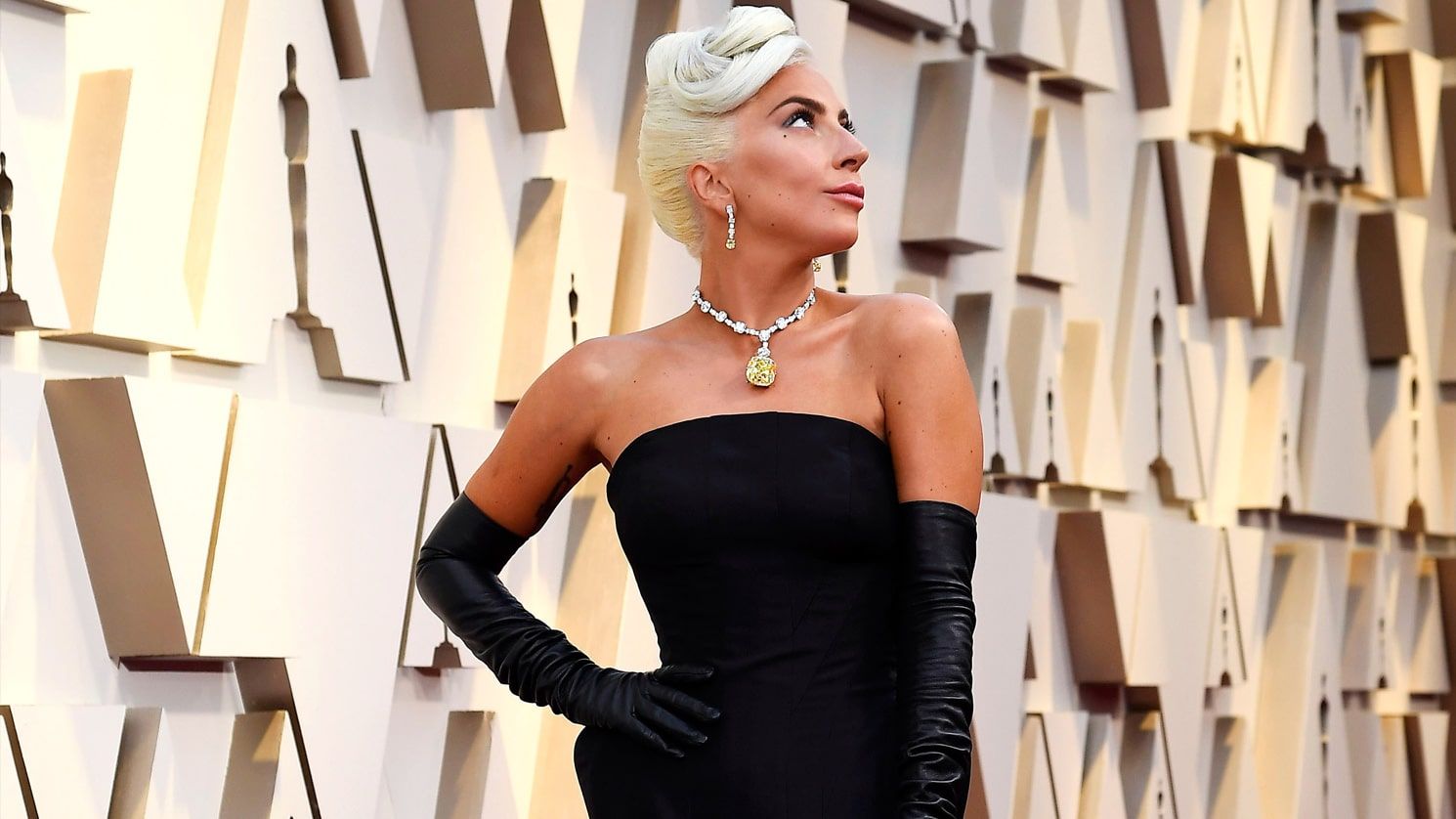 The 91st Academy Awards was held on Sunday at the Dolby Theatre in Los Angeles, and while we were rather disappointed with the overall red carpet attire spotted on A-list actors and actress as they made their grand entrance, there was one thing that caught our eyes — the gigantic yellow rock dangling on Lady Gaga‘s chest.

Weighing an impressive 128.54 carats, the stunning cushion-cut brilliant diamond is, in fact, one of the largest and finest Fancy Yellow diamonds in the world, and was acquired by Tiffany & Co. over eight generations ago. The rough stone, which weighed 287.42 carats, was discovered in the Kimberley diamond mine in South Africa in 1877; and following its acquisition by Charles Lewis Tiffany, founder of Tiffany & Co., a year later, it was taken to Paris and cut into this modified cushion-cut brilliant you see today. It measures just over an inch wide and seven-eighths of an inch from top to bottom and features an unprecedented 82 facets — 24 more facets than the traditional 58-facet brilliant cut — giving it an enhanced beauty and radiance.

Prior to Lady Gaga, only two women in history have ever worn this historic rock. The first was Mary Whitehouse, who wore it to the 1957 Tiffany Ball in Newport, Rhode Island. The second was Audrey Hepburn, who was granted permission to borrow the piece to publicise Breakfast at Tiffany’s in 1961. The now famous Bird on a Rock setting was a design by Jean Schlumberger in 1995, during which it was mounted for the retrospective at the Musée des Arts Décoratifs in Paris. The priceless gem was also later reset in a magnificent necklace of dazzling white diamonds in 2012, in celebration of the Maison’s 175th anniversary. It ended up taking an entire year to achieve, totalling over 100 carats.

For this year’s Oscars, Tiffany & Co. specially fitted the legendary Tiffany Diamond necklace for Lady Gaga; it’s now comprised of 16 cushion-cut diamonds totalling over 80 carats and 46 round brilliant diamonds totalling over 15 carats. Though the spotlight-stealing, singer-songwriter-turned-actress missed out on being crowned Best Actress this year (she did receive the Best Song award for A Star is Born), she inevitably found another way to make history, becoming the first person to ever wear the iconic Tiffany Diamond to an awards show.