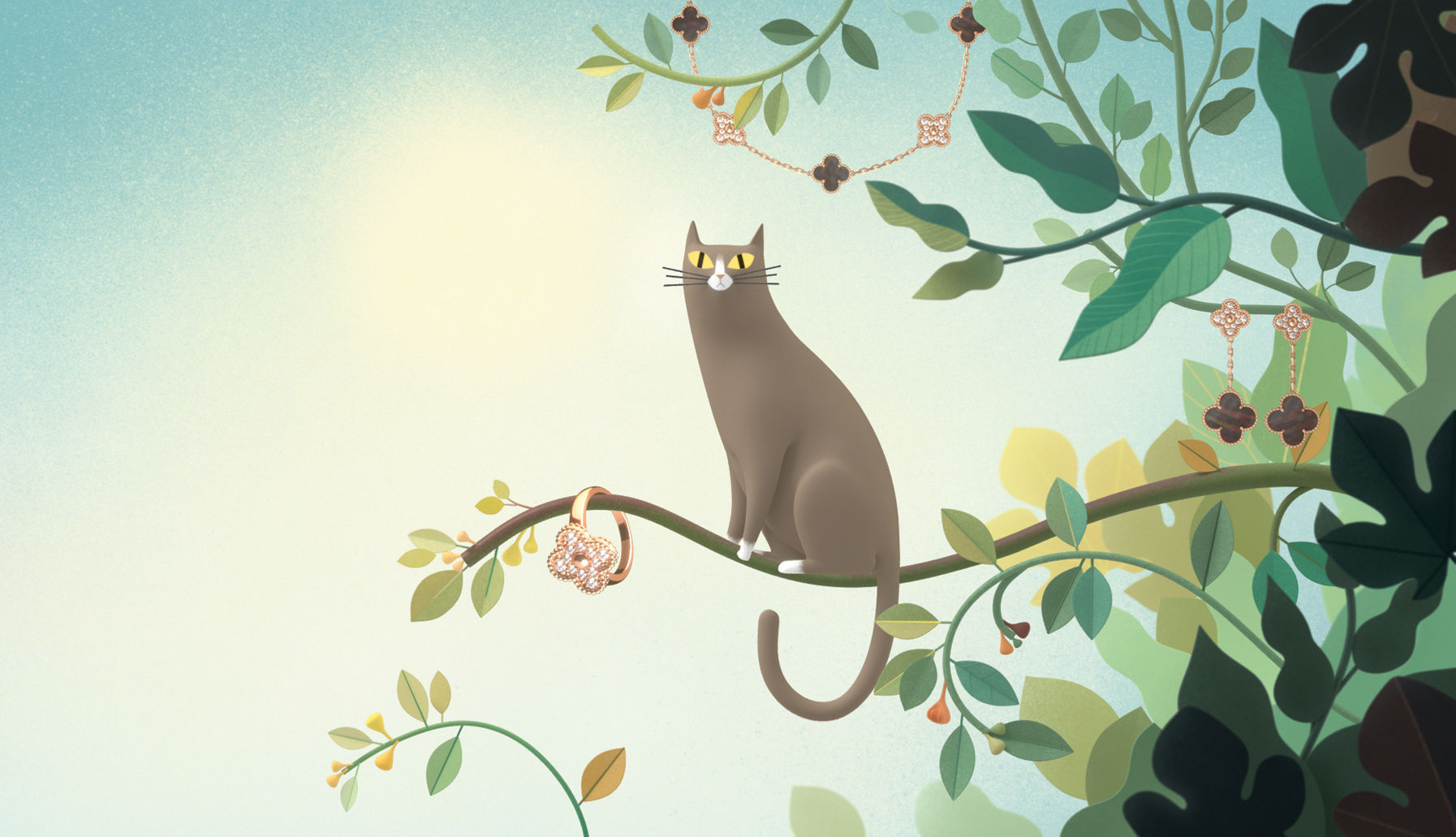 We all know that the four-leaf clover symbolises good luck, and if you’re fortunate enough to ever find one, congratulations, because it means you’re likely to experience a great deal of success and good fortune.

Inspired by this lucky motif, heritage French jeweller Van Cleef & Arpels incorporated the design into its now-iconic Alhambra collection in 1968, featuring an elegant necklace that represented a beautiful marriage between the everlasting symbol of luck and the house’s timeless style.

Gleaming like a lucky charm, the long necklace comprised 20 motifs crafted in creased yellow gold and delicately edged with gold pearls. It became an instant success, gracing the necks of numerous notable female figures such as Françoise Hardy and Princess Grace of Monaco. As a result, it established itself around the world as the ultimate icon of luck and an emblem of Van Cleef & Arpels’ exquisite savoir-faire and enduring design — with an accessible price tag, no less.

“In keeping with its tradition of excellence and savoir-faire, the Alhambra long necklace captured the spirit of the age and introduced new ways of wearing jewels in everyday life. Fifty years later, it stands as a reference that has profoundly influenced the history of jewellery,” explains Nicolas Bos, President and CEO of Van Cleef & Arpels.

To celebrate the 50th anniversary of the Alhambra long necklace, the Maison has created a series of new creations to add to the popular collection, with designs ranging from necklaces and earrings to bracelets. Crafted through the combined efforts of lapidaries, jewellers, stone-setters and polishers, each piece of jewellery is made using materials — whether diamond, mother-of-pearl or hard stones — of the highest quality possible, which are meticulously cut and polished to reveal their full nuances and brilliance. Gold, meanwhile, gets melted into Alhambra’s signature beaded setting, before being finished off by hand to achieve the best results.

Highlights from the new creations include the Vintage Alhambra long necklace, which features 20 alternating motifs of four-leaf clovers crafted in grey mother-of-pearl and diamond-studded pink gold. If you’re interested in making it a full set, there’s also a pair of Magic Alhambra earrings and a five-motif bracelet to match. For those who are more of a fan of yellow gold, there’s also a 20-motif Vintage Alhambra necklace and five-motif bracelet in 18k gold, which is complemented by a rich and exceptional palette of deep-blue lapis lazuli, set in contrast to the alternating clover shapes adorned with shimmering diamonds.

Like their predecessors in the Alhambra collection, the motifs on all of the new designs are fringed with tiny golden beads. Some of the clovers are also set with a slightly larger golden bead at the centre to add even more dazzle to your lucky charm.

Style Jewellery Van Cleef & Arpels Fine Jewellery High Jewellery jeweller where to buy jewellery Alhambra
Cindie Chan
Style Editor
Fashion blogger turned editor, Cindie has spent over seven years covering all things stylish in the digital world. When she’s not busy poring over the latest covetable releases or attending the most talked-about fashion events in town, you’ll find her enjoying some precious downtime with her newborn son and sweet dog Rosy.
Style Fashion Jewellery Watches Events Seafood dogs for adoption
Sign up for our newsletters to have the latest stories delivered straight to your inbox every week.