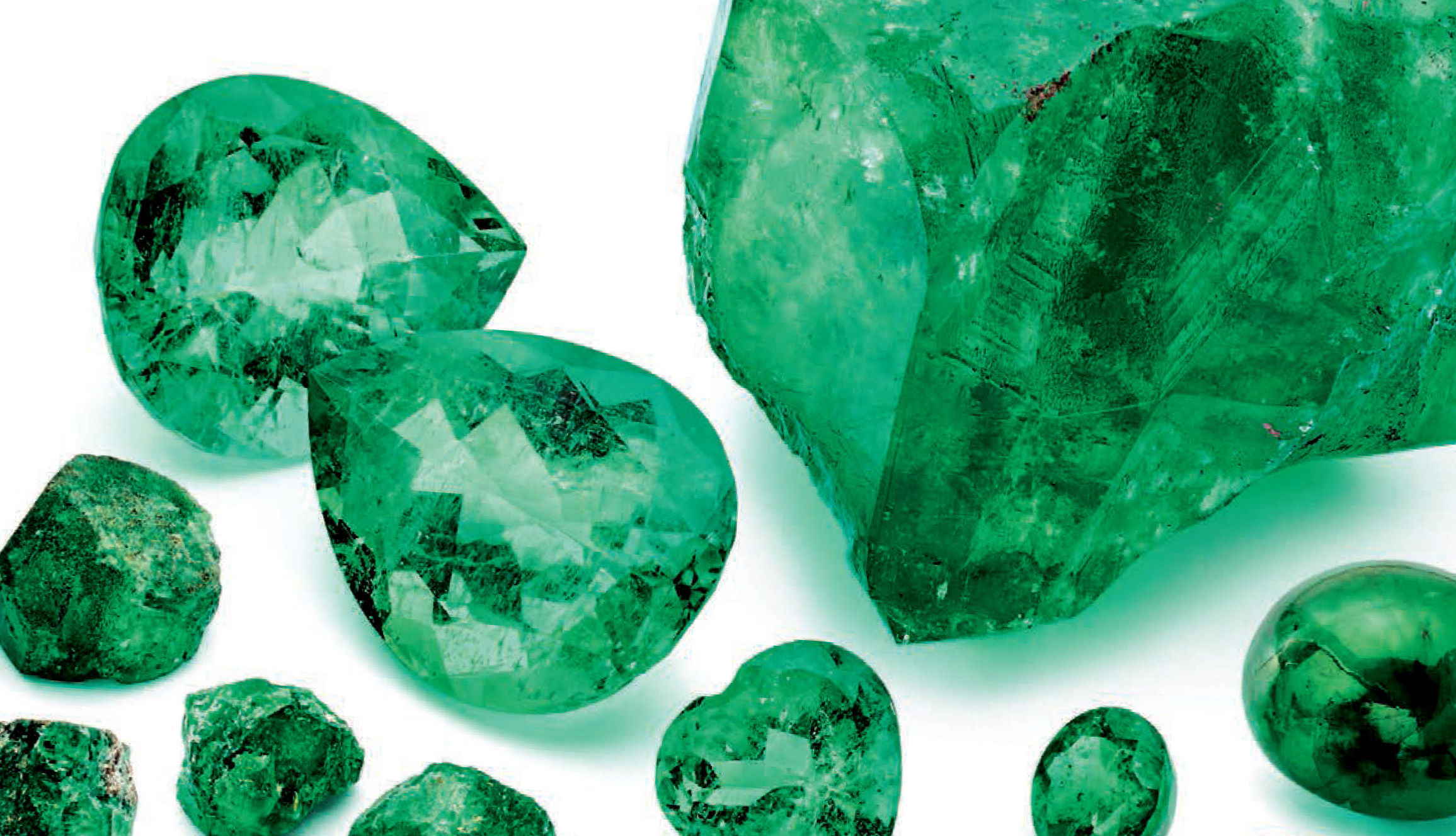 One of the largest museum-quality emeralds in the world, La Gloria, will come under the hammer at New York auction house Guernsey’s this April, alongside more than 20 other loose emeralds (both cut and rough) and 13 pieces of extraordinary emerald jewellery. These valuable pieces are part of the personal collection of Manuel Marcial de Gomar, emerald collector and enthusiast, not to mention founder of Emeralds International. At this auction, these rare private gems will be presented to the public for the very first time.

Weighing in at a stunning 887 carats, La Gloria is the queen of gems, glowing beautifully in a classic blue-green Colombian hue, bearing a grandeur and brilliance fit for royalty. The 25.86-carat Marcial de Gomar Star, another featured piece in the auction, is the largest of only 11 star emeralds known to exist, and possibly the first of its kind: a double-sided star emerald. The Tears of Fura, meanwhile, is a matching pair of extremely large teardrop-shaped emeralds that weigh approximately 95.51 carats combined.

These rare emeralds originated from the famous Muzo mine in Colombia, one that is well-known for supplying some of the country’s largest crystals of emeralds, all with a breathtaking combination of intense green colours, vibrant fire, and near-perfect geometry. La Gloria itself is larger than famous emeralds such as the Smithsonian Institute’s 857-carat Colombian emerald, as well as the 632-carat “Patricia” emerald housed at the Museum of Natural History in New York.

Aside from the aforementioned gemstones, the Marcial de Gomar Collection includes the biggest-ever assemblage of cut emeralds recovered from the famed Nuestra Señora de Atocha sunken galleon, considered to be the most important wreck site ever discovered. Included in this selection is the single largest cut emerald recovered from that ship — quite literally sunken treasure.

Other than the recovered emeralds, lots at the upcoming auction will include rare Spanish gold coins from the 1715 Fleet, which were also found in the sunken ship. These rare coins, along with a few other surprises, round out the 39 lots that will be sold at this extraordinary auction.

The auction of the Marcial de Gomar Collection of rare emeralds will be conducted live at Guernsey’s on 25 April 2017. For interested parties who live outside the US, online bidding will also be available at liveauctioneers.com.