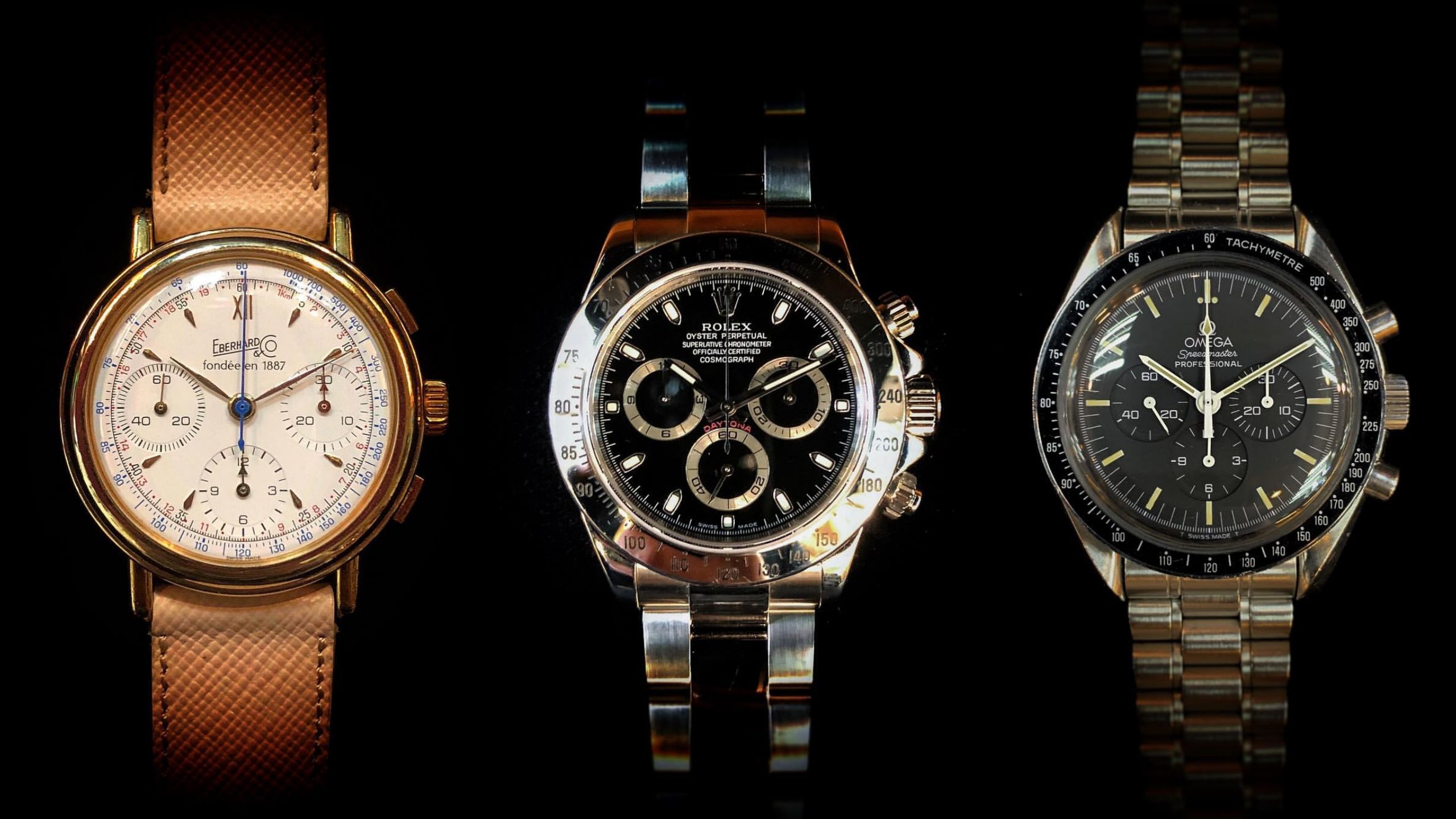 Despite its inherently double edged nature, social media has become one of the key drivers of watch collecting’s popularity. Once upon a time, exhorting the differences between a 6265 and 6263 Daytona was considered thoroughly unsexy: now, such pieces possess the mindshare which was once reserved for sneakers and designer goods.

No matter how you might feel about the problems of a platform like Instagram — built-in superficialness and a lack of transparency, for example —  the fact remains that it’s an invaluable springboard into a complex hobby. The fast-paced image-led format means it’s never been more convenient to appreciate watches on an unprecedented scale — particularly when the content you’re consuming comes from a reputable source. Sort of like the guys we’ve cherry-picked below.

We follow each of these collectors for different reasons: some will help expand your horological lexicon; one or two explore watchmaking’s place within the wider context of pop culture; and others are simply operating on a level which behooves sharing. Smartphones at the ready: here are 10 watch collectors to follow on Instagram, right now.

With an online handle like ‘Mr. Grand Seiko’, there are no points for guessing which brand(s) Daniel Yong is into. The Aussie collector has been acquiring pieces from the acclaimed Japanese watchmaker for five years, mostly favouring beautiful time-only executions such as the SBGW031 or yellow gold encased 95GS. An account worth following if you subscribe to the doctrine of ‘less is more’ in design and watchmaking.

The well-heeled collector behind local vintage trove Berne Horology comes from a family of Hong Kong watch experts, which (among other things) means an absolutely stupid-large amount of Rolex. Basically, name any iconic Crown reference that you can think of and there’s a good chance Quinton has traded it. From Mark IV Red Subs to an extremely covetable ‘Oyster Split’ 6265, a glance at Quinton’s account is enough to remind you of Rolex’s unrivalled archival depth and collectability.

Though he’s easily the youngest Instagram collector to make our list, Austen Chu has a social media presence that is best described as biblical. The Shanghai-based watch personality’s account is so popular (not to mention engaging) that he’s been invited to use it to break new releases from AP; though he’s not above adding value for followers with a stream of best-in-class dining and travel related coverage.

If you’ve ever spent any time trawling the internet for rare, vintage, or independent timepieces, Walton’s name is likely to have popped up. The founder & CEO of A Collected Man gravitates towards classically styled timepieces that almost always feature an element of mechanical complexity: which explains why he always shines a light on makers like Akrivia. In between horological musings, Walton sprinkles in a healthy dose of appreciation for the traditional arts: is it any wonder that a man so versed in Bacon & Hockney also appreciates a well-composed dial?

At first peak, Matt Hranek, self-described “explorer, eater, and drinker” — whose bloodstream is reportedly 99 percent negronis — doesn’t necessarily appear to be a watch guy. Rather, he’s a lover of the life continental: spending his days restoring stone cottages in Medoc or hunting down a bottle of 1956 Campari. But don’t let all the artfully arrayed charcuterie fool you — this is a dude who knows watches. The author of A Man and His Watch personally favours pieces that are suited to his rugged, wandering lifestyle. Yes, we know you’ve seen plenty of 1016 Explorers, but not worn with quite this much panache.

While it’s clear that J.P. Vicente — the man behind The Watcherist — has diverse collecting habits, he’s well-known on social media for his, shall we say, penchant for Grand Seiko. Vicente’s pieces by the golden lion run the gamut from modern to historic: from the award-winning SBJ005 to a unique 57GS (i.e. second generation GS) that’s fitted with white gold, rather than stainless steel markers. Bonus points for Vicente’s well-curated soundtrack recommendations that always accompany his posts. 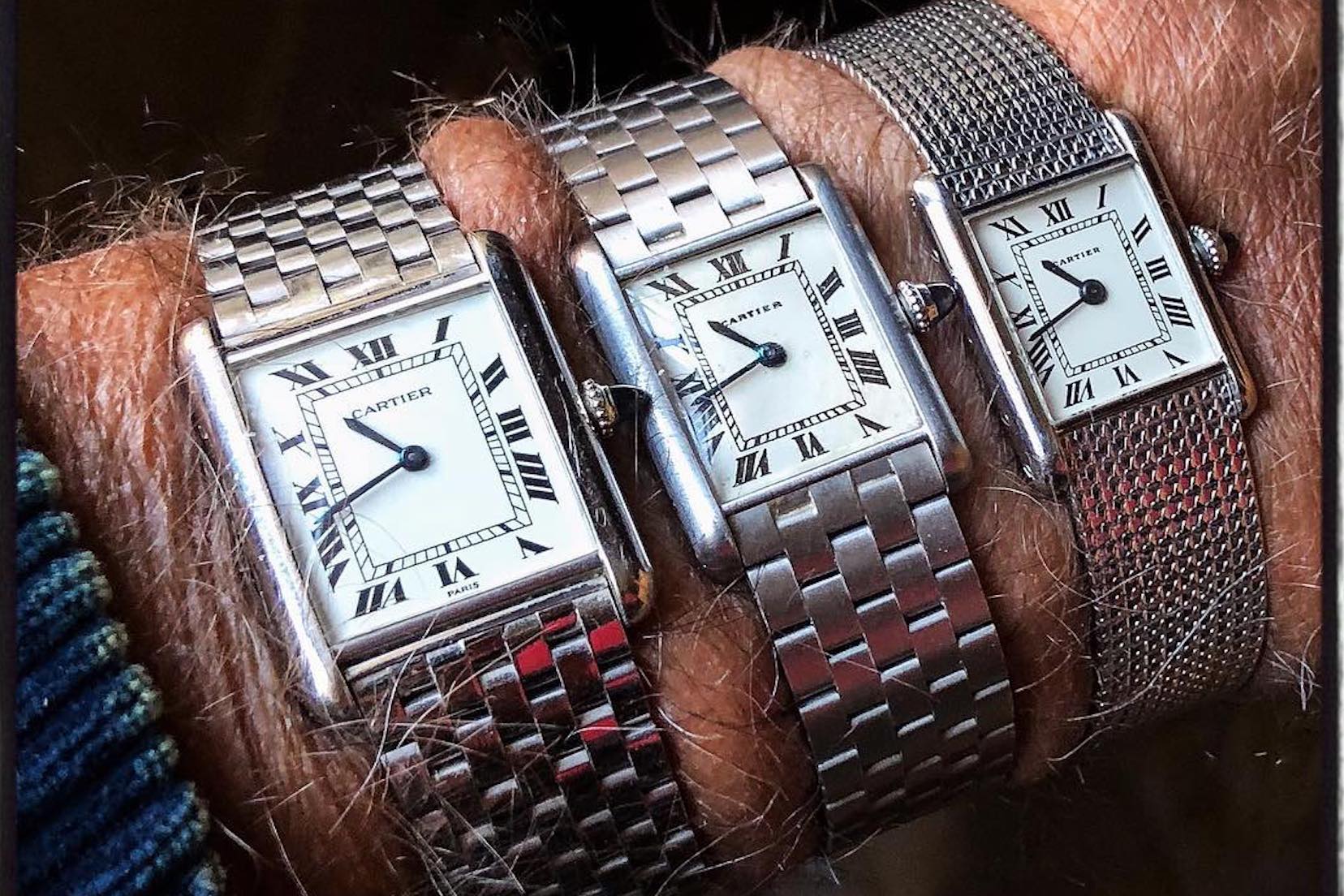 Luminaries of the watch industry have referred to John Goldberger by many honorifics: ‘scholar’; ‘authority’; ‘gentleman’. Truthfully, to say that Goldberger is ‘big on Instagram’ would be an appalling mischaracterisation: he’s beyond it, frankly. The legendary Italian collector — noted for his extensive scholarship on watchmakers such as Rolex, OMEGA and Longines — has amassed a portfolio that most consider museum-worthy. Literally any of his personal pieces could form the basis of a separate dissertation: from an original El Primero (in white gold) to this frankly stunning, three-register chronograph from Eberhard. More than watches however, Goldberger’s account is a masterclass in aesthetics: replete with the same sense of scale and perspective which defined his photographic practice in the 80s.

As his dashboard-inspired moniker would suggest, Jeff Stein is all about chronographs. More specifically: those manufactured by Heuer from the 1950s until the late 1970s. His account is an incredibly rich resource for those looking to get into Heuer’s iconic racing designs: whether that’s the seminal Ref. 2446 Autavia or a hot new streetwear-inflected take on the original Carrera. Highly recommended for Heuer enthusiasts at every level.

Don’t get us wrong: if you’re into watches, Instagram can be an incredible resource. But it’s also the sort of platform that has at times encouraged the proliferation of ‘connoisseurs’, whose primary claim to credibility is a 7-figure paycheck (as opposed to any genuine sense of informed appreciation). That’s why we had to include James Stacey: co-host of The Grey Nato podcast; Hodinkee’s Senior Writer; and all-round adventurer. While Stacey’s feed is mostly about documenting the exciting novelties which journalists get to see every year, his own collection — which includes a polar Explorer II and Halios Seaforth — show you don’t need to be dropping flex bombs 24/7, in order to be taken seriously.

It’s a given that any round-up of ‘serious’ watch collectors is going to include several names from the 852. Even amidst stiff competition, it wouldn’t feel right to omit Eric Ku’s name from the list. The founder/proprietor of 10 Past Ten made his name by trading rare and obscure vintage Rolexes, though his personal tastes have proven slightly more ‘inside baseball’. Ku was, for instance, an early champion of Philippe Dufour: represented in the former’s collection through the Simplicity (once described as having the most “remarkably executed movement” in independent watchmaking).

Hong Kong Style Watches Rolex Cartier Instagram F.P. Journe A. Lange & Sohne watch collectors
Randy Lai
Editor
Having worked in the Australian digital media landscape for over 5 years, Randy has extensive experience in men's specialist categories such as classic clothing, watches and spirits. He is partial to mid-century chronographs and a nice chianti.
Style Watches Drinks Tailoring Travel
Sign up for our newsletters to have the latest stories delivered straight to your inbox every week.