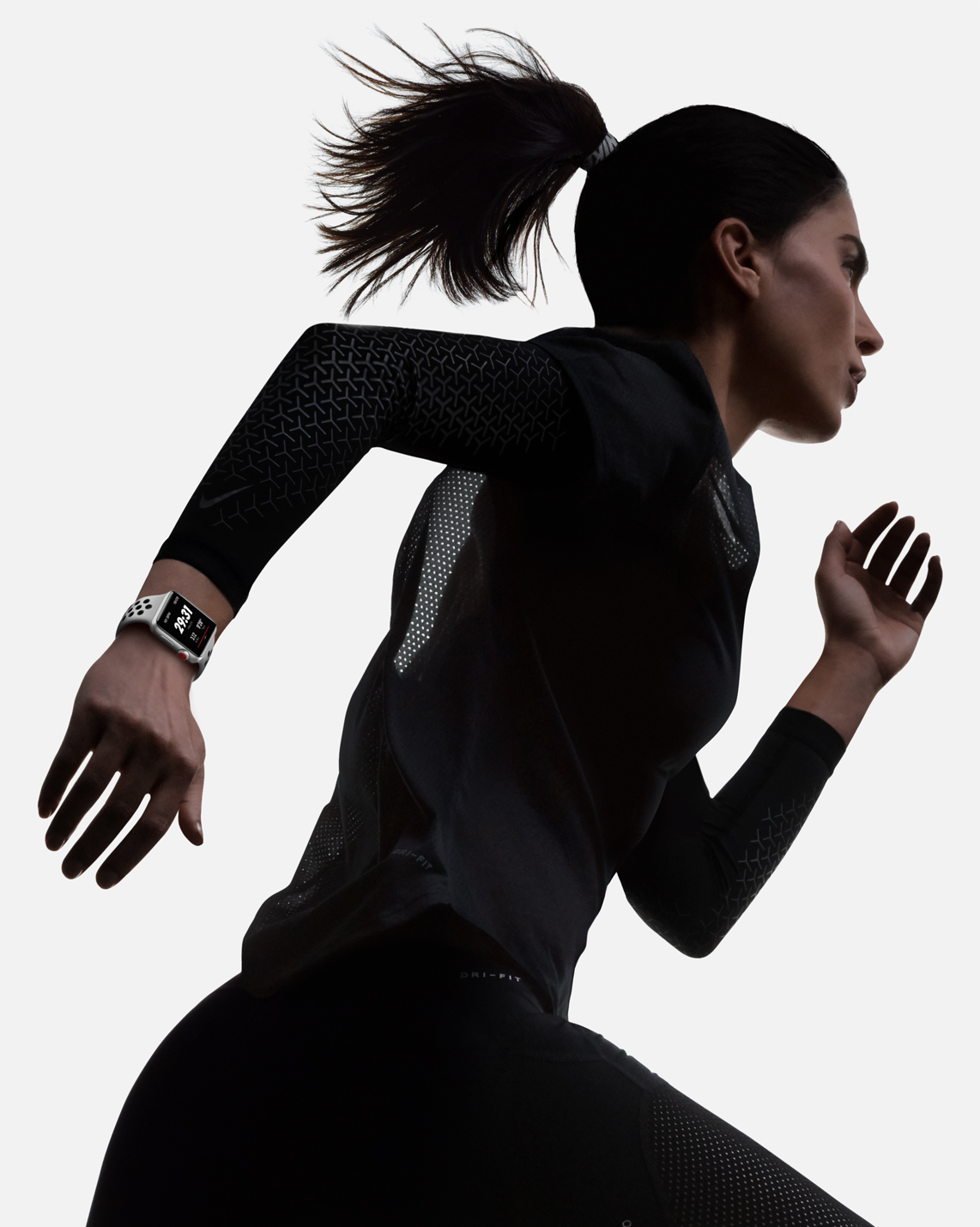 The new Apple Watch Series 3 frees you from your iPhone

One of the perils of our era is constantly having to monitor our mobile devices, a habit that’s infiltrated nearly every waking moment, from morning meetings at the office to dinner dates to the final minutes just before sleep. The brilliant idea behind the Apple Watch has always been that, one day, it might free us from the tyranny of constantly checking our iPhones. At last, that day has come.

In conjunction with its unveiling of the iPhone X, Apple also announced Apple Watch Series 3, an updated version of what it’s now touting as “the number one watch in the world”. Prior to now, one of the Apple Watch’s downsides was that it required proximity to an iPhone to work. While some users enjoyed the ability to put their phone away in social situations and look at their watch instead, for most users, the Apple Watch was little more than a glorified fitness tracker, albeit a very good one. 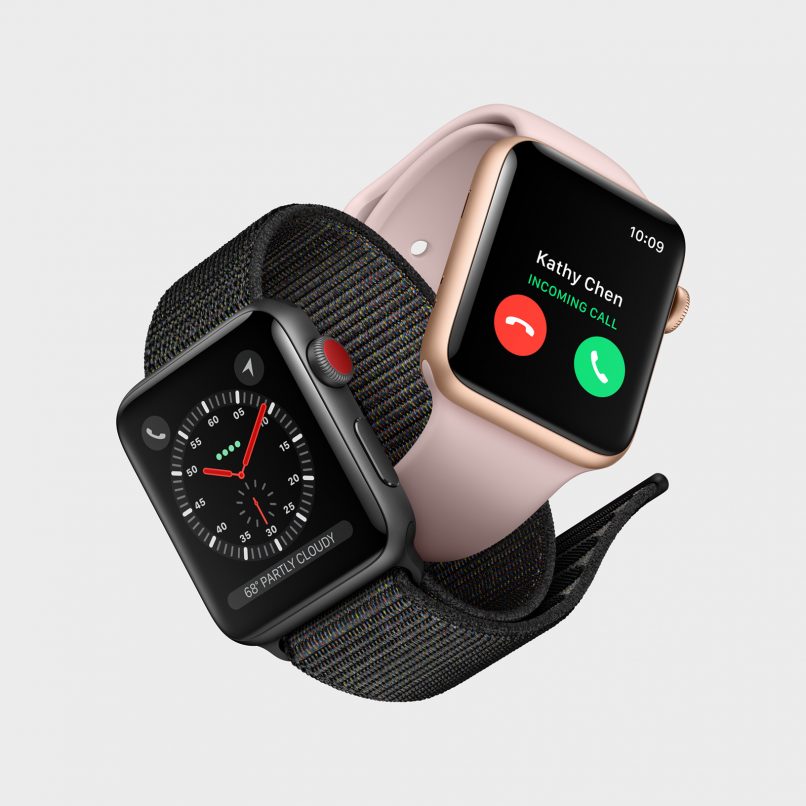 Apple Watch Series 3 changes all that, offering a consumers a product that finally comes with its own cellular connection, essentially freeing you from your iPhone — well, one model does anyway. Series 3 comes in two varieties: one with GPS only, and the other with GPS and cellular capabilities (LTE and UTMS). Both are still paired with iPhones and act as extensions of that device, but the Apple Watch with a cellular connection is fully operational regardless of where your phone is.

The practical applications of having a fully connected Apple Watch are many. Imagine that your phone dies or, worse, that you’ve lost it. You’d still be able to make calls and even order an Uber home with your watch. Maybe you’re the type of person who loves to run but doesn’t love having to take your iPhone with you. Apple Watch Series 3 eliminates that burden. Feel like going on a digital detox? Leave your phone out of sight while still being reachable in case of emergency. The possibilities are endless. 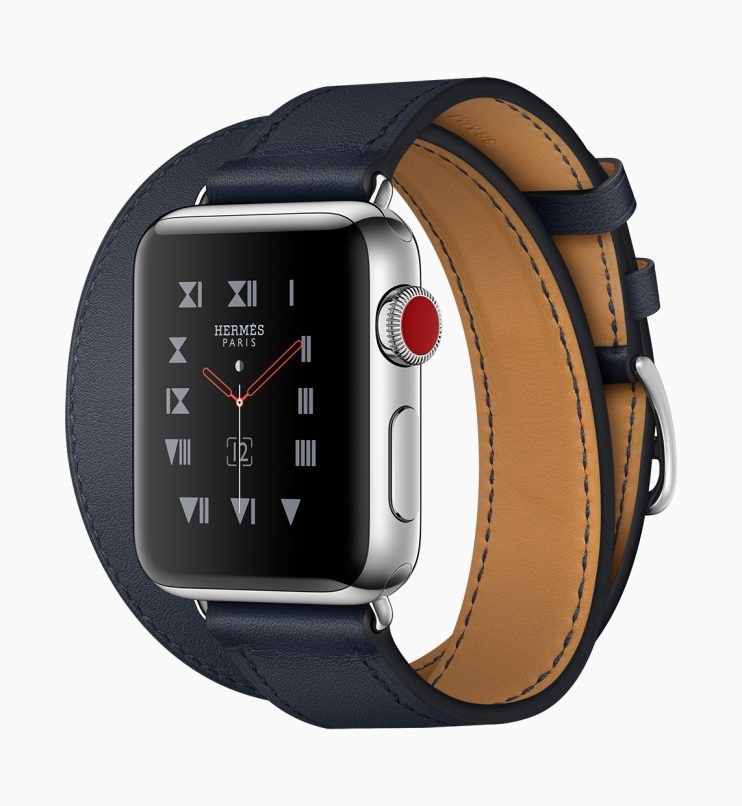 Both versions of the Apple Watch Series 3 comes with significant improvements including GPS; water resistance to 50 metres (yes, you can wear it while swimming); a barometric altimeter, perfect for hikers, skiers and skydivers; and intelligent coaching features that help to keep you on track with your fitness goals. Both models are also equipped with a dual-core processor that’s 70 percent faster than before, as well as a new wireless chip that’s faster and uses less power.

Music lovers will likely appreciate the Apple Watch Series 3, as the new hardware, in conjunction with watchOS 4, allows Apple Music customers to stream 40 million songs from their wrist. The redesigned Music app will automatically sync playlists, and the new Radio app will allow users to listen to any Apple Music station while away from their iPhone or a Wi-Fi network. 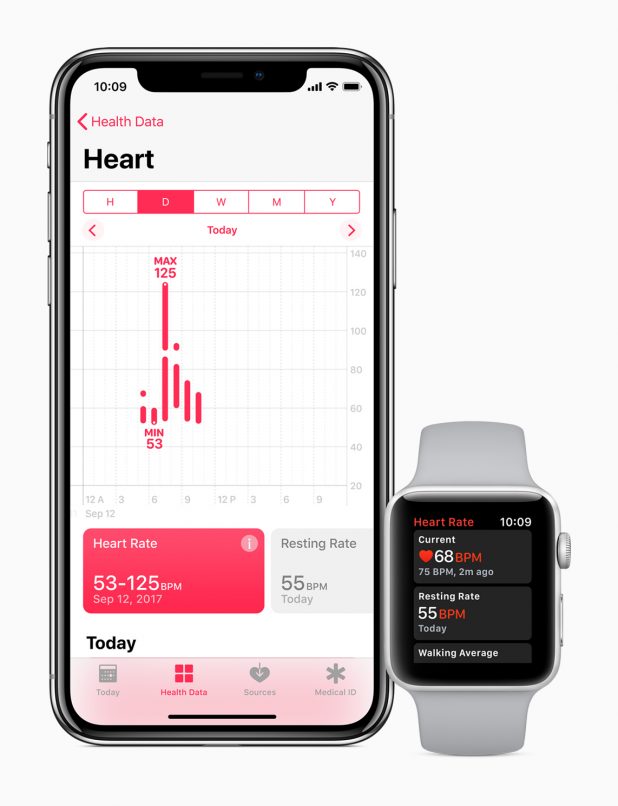 Other highlights of watchOS 4 add to the Apple Watch’s value as a fitness assistant. The updated Heart Rate app is more detailed than ever in the activity it monitors, while the enhanced Workout app has a new interface in addition to a custom High Intensity Interval Training (HIIT) workout type and auto-sets for swimming. GymKit, meanwhile, will allow users to connect to their favourite cardio equipment and synchronise information with a single tap.

As before, the Apple Watch Series 3 comes in two sizes and several colours, and the special Nike+, Hermès and Edition models have continued as well. Factor in the many options for wristbands, and the possible combinations seem endless. 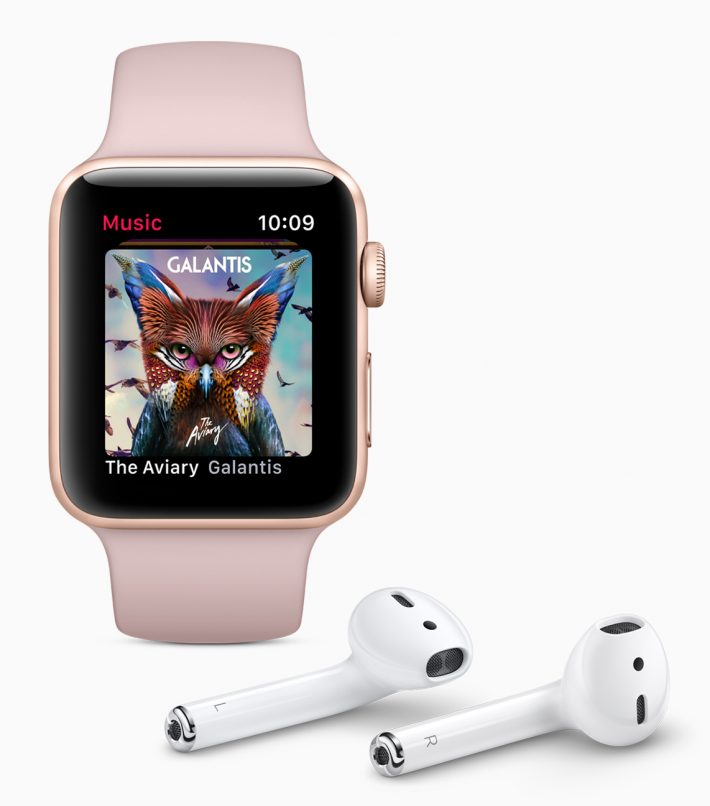 While the Series 3 won’t be replacing our Rolexes and Pateks anytime soon, there’s no denying the attractiveness of Apple’s newest smartwatch. It looks to be both an excellent fitness assistant and a tool that might restore some civility to social scenarios that have become plagued by too many phones.

IWC caters to the eco-conscious with new paper-based straps