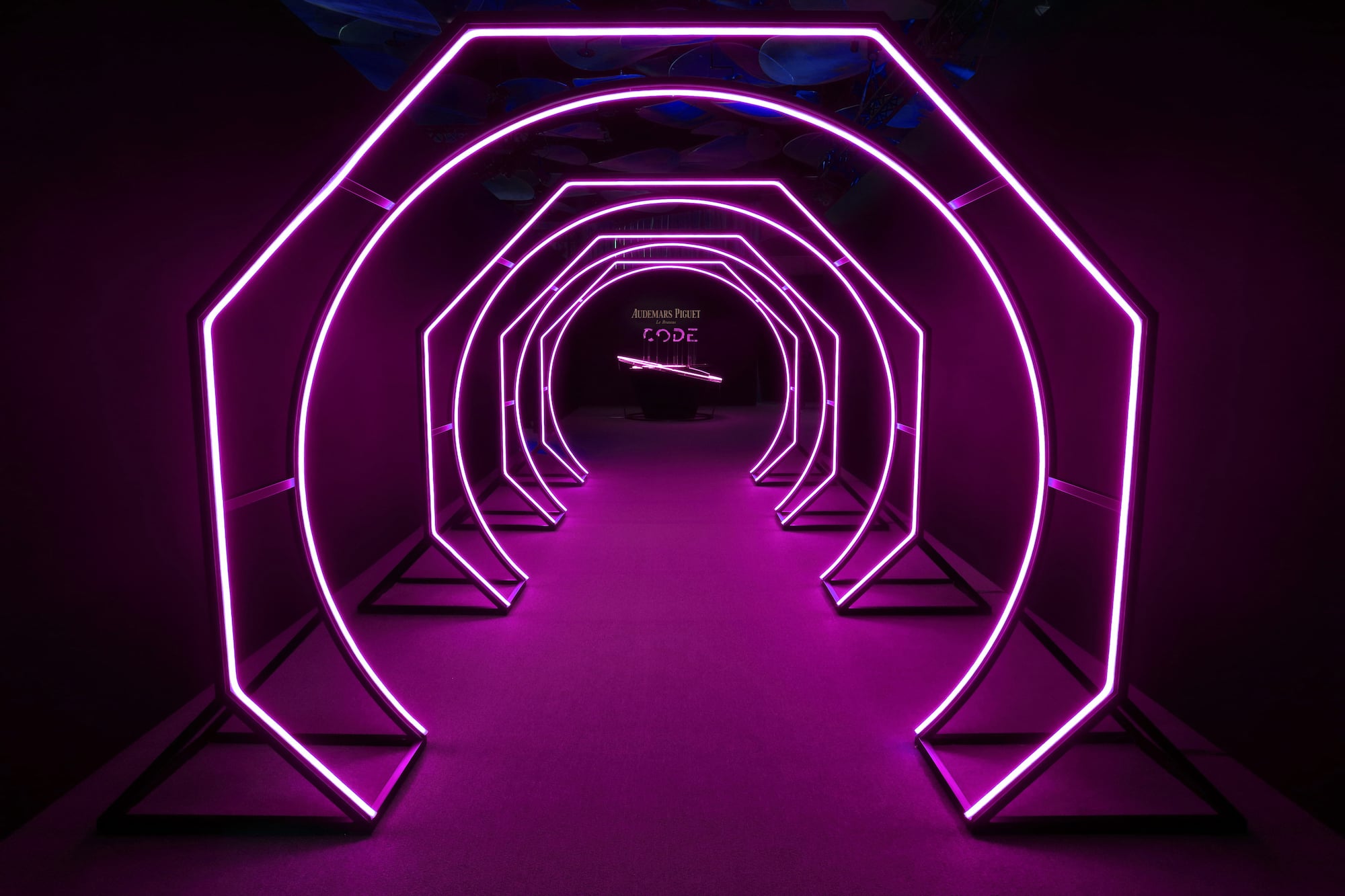 Earlier this year, Swiss manufacture Audemars Piguet sent shockwaves through the watchmaking industry when it introduced CODE 11.59, an entirely new collection of watches — 13 references across six models — that are meant to be worn not by men or women, but both. That’s the kind of bold move one doesn’t often come across in the world of haute horlogerie, so it’s clear that the Le Brassus-based watchmaker aimed to make a big statement with this new addition to its product lineup — more than half a decade in the making — which will sit alongside AP’s other iconic collections, including Royal Oak, Royal Oak Offshore and Millenary.

To make an equally big statement, Audemars Piguet hosted not one but two regional launch parties to celebrate CODE 11.59. The first of these events was held in Taiwan at Taipei New Horizon on 11 April. In keeping with the themes of the collection — CODE is an acronym for challenge, own, dare, evolve — the brand invited three Hong Kong-based influencers to attend the event: contemporary artist Michael Lau, Olympic swimmer Yvette Kong and award-winning chef May Chow.

Though the three of them hail from very different backgrounds and fields, each one in his or her own way symbolises the genetic code of the CODE 11.59 collection. As an Olympic swimmer, Yvette Kong — commonly referred to as “the breaststroke queen” — constantly challenges limits and dares to pursue her dreams, which has allowed her to be successful in the sporting world. Known as the “Godfather of Toy Figures”, Michael Lau owns his unique designer-toy style, which he pioneered in the 1990s, and he has evolved from creating toys to producing paintings and sculptures. May Chow, who was previously named Asia’s Best Female Chef, has relied on her creativity and culinary skills to evolve as a chef with international recognition for her craft, including ever-popular Little Bao.

At the launch event, the 13 references of the CODE 11.59 collection, including five complications, were on display; in addition, seven unique pieces from the Audemars Piguet Museum also made an appearance to highlight the watchmaker’s long history of using unconventional form and design languages in its watches. They included a geometric jumping hour wristwatch from 1929, a rectangular asymmetric wristwatch from 1961 and the first extra-thin tourbillion wristwatch designed by Jacqueline Dimmier in 1986. Other highlights included Instagram-ready neon light installations and live drummers, making it a night to remember.

The CODE 11.59 celebrations continued with a launch dinner held in Shanghai on 25 April, when guests were invited to Expo-I Pavilion for an immersive journey to the forests of the Vallée de Joux, the birthplace of Audemars Piguet. Passing through misty pinewoods projected through infrared lights, guests entered into a dreamland of ice, pines and rocks. In addition, two celebrities embodying the collection’s philosophy, Chinese actress Song Jia and actor Yo Yang, were in attendance.

According to AP’s CEO, François-Henry Bennahmias, CODE 11.59 is above all a human story: “This collection demanded new tools, skills and techniques to reach an exceptional degree of technical and aesthetic complexity. It tells about human challenges and the passionate stories of the dedicated watchmakers who dared to follow their convictions, joined forces and persevered, always pushing their own limits.”

With the new collection and its awe-inspiring launch events in Taipei and Shanghai, it’s clear that Audemars Piguet isn’t comfortable resting on its laurels, but rather is looking to build on its history of bold innovation and expand that legacy for generations to come.

Watches Audemars Piguet Shanghai Taipei Audemars Piguet CODE 11.59 CODE 11.59
Michael Alan Connelly
Head of Digital Content
A Chicagoan by birth and a New Yorker by habit, Michael has more than a decade of experience in digital publishing at leading titles in the U.S. and Asia. When he's not checking out Hong Kong's newest restaurants and bars or jet setting around the globe, you'll find him hanging out with his dog Buster and enjoying an Aperol Spritz.
Travel Hotels Restaurants Cocktails Culture Italy Art Music Cheese