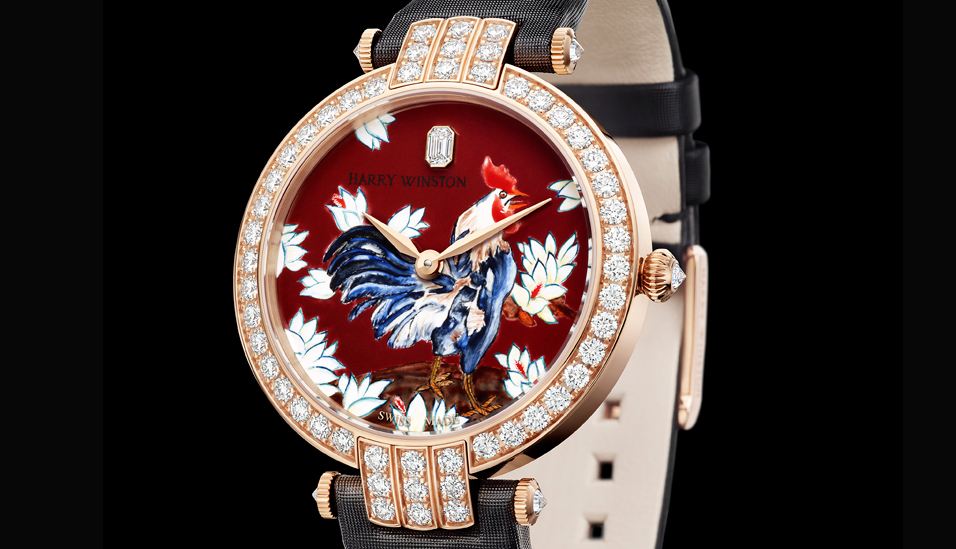 As we all know, the Year of the Rooster begins on 28 January 2017, but lest you forget, each Lunar Year is also represented by one of the five natural elements: gold (metal), wood, water, fire, and earth. The upcoming year, in particular, is the Year of Fire, and a Fire Rooster is considered to be responsible and trustworthy, with a strong sense of punctuality. Which is why we feel it to be more fitting than ever to be introducing you with a list of our favourite limited edition timepieces, all specially designed to celebrate the arrival of this boisterous bird, so you can work to keep up to its standard in timekeeping, while maintaining exceptional elegance and style. 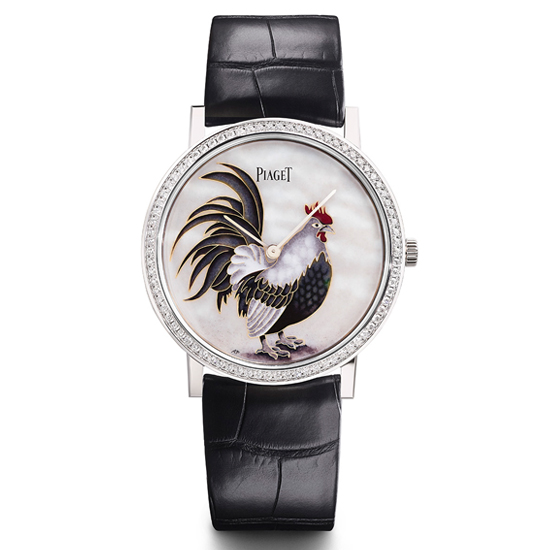 Fusing the finest watchmaking with its passion for the decorative arts, Piaget invites world-renowned master enameller Anita Porchet to create an artistic interpretation of the rooster using cloisonné enamelling technique, and resulted in this limited edition Altiplano Chinese Zodiac watch that features a 38mm case made in 18-karat white gold, surrounded by 78 dazzling brilliant-cut diamonds. 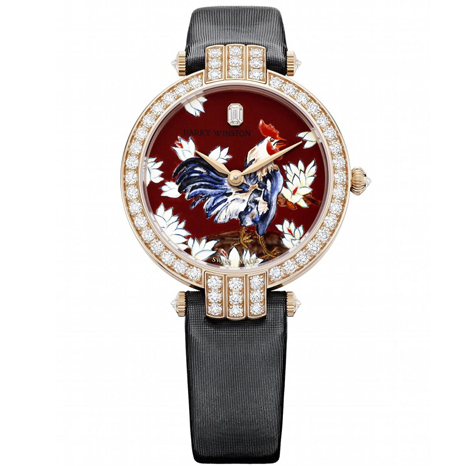 This new timepiece within its Premier collection comes with a 36mm case made in 18-karat rose gold, and features a delicate enamel rooster design that is entirely hand-painted down to the name ‘Harry Winston’ located to the left of the red crown. This symbolic watch marks only the second time the house has used the refined technique of grand feu enamel on a dial, and only 8 very rare pieces has been produced. Limited to 88 pieces, this special 2017 CNY edition timepiece is embellished with a sun-brushed yellow gold and red-colored dial, and comes with a shiny red alligator strap. The model features Dior’s patented Inversé calibre movement, which is defined by an oscillating weight placed on top of the dial, decorated with rooster feathers – a feature inspired by Christian Dior’s swirling couture gowns. 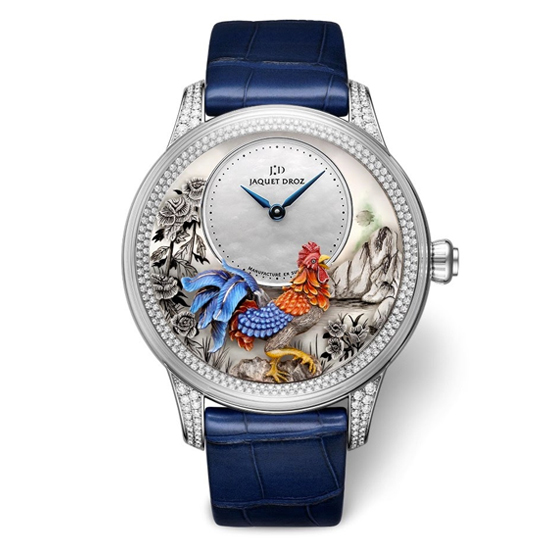 One of the four artisanal timepieces inspired by the Fire Rooster, each limited to only 28 pieces, this special edition Petite Heure Minute timepiece features a sculpted rooster in 18-karat rose gold, which is surrounded by a background of mountains and plants depicted in exquisite hand-painted details inspired by Chinese calligraphy.