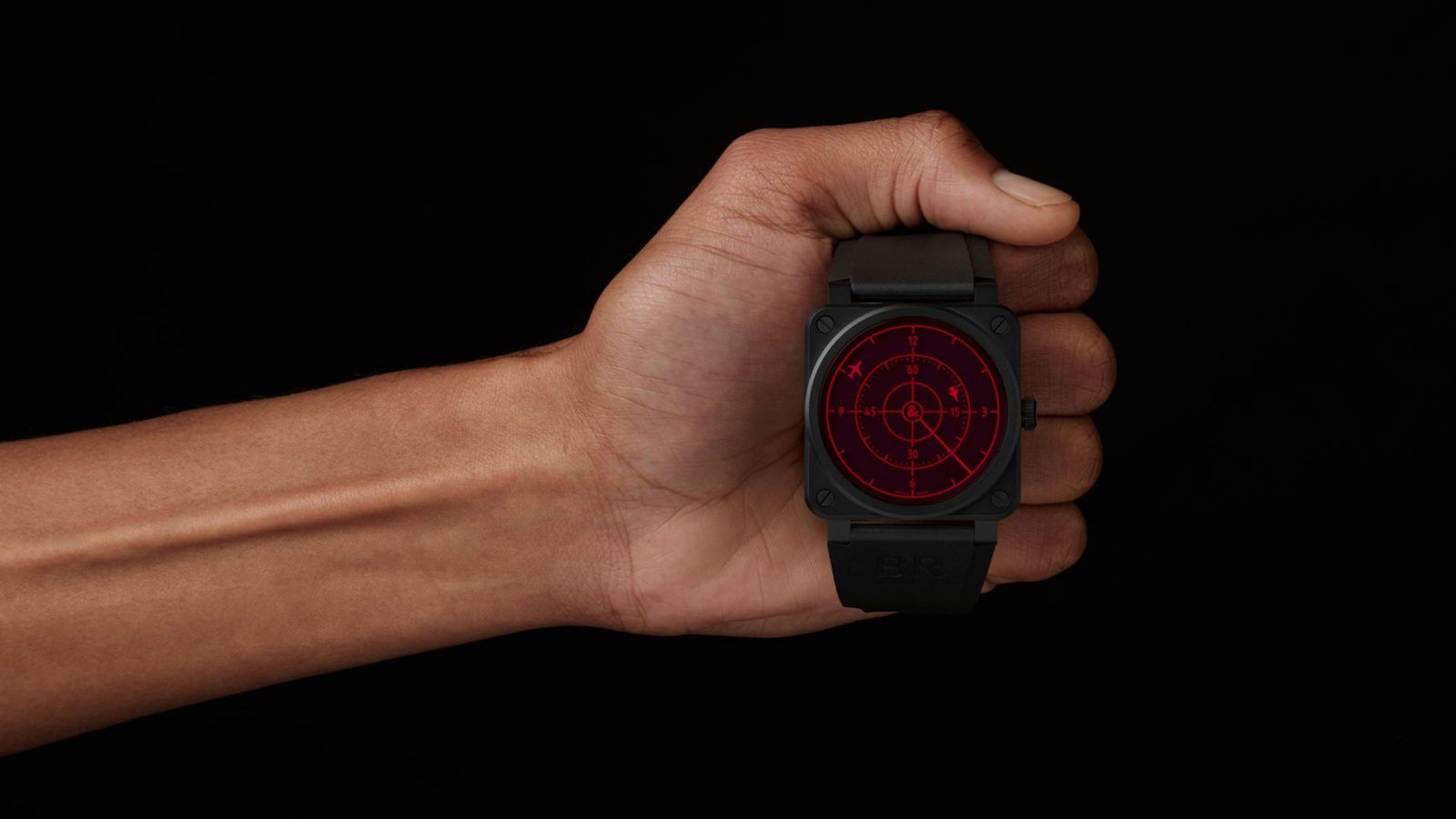 With the spirit of aviation and adventure entwined within its DNA, Bell & Ross has once again outdone itself with this year’s take on instrumental watches.

Bell & Ross has conquered the air, land and sea since its inception almost three decades ago, but it has always been its affinity for the skies that’s compelled it to create some of the most stunning flight instruments that ever left the cockpit. The new timepiece in question — the BR 03-92 Red Radar Ceramic — is clearly inspired by an aircraft radar screen, only this time more visually striking and mechanically robust than ever before.

If this year’s limited edition Bell & Ross flight instrument looks familiar to you, it’s because the brand also released a Red Radar in 2011, a watch that was way ahead of its time even then with its ultra-modern design and unusual disc display system.

In keeping with the same stealthiness and functionality of its pioneering predecessor, the new one sees more distinct crosshairs on its dial, marked by two airplanes that encircle the dial to tell the time. This mesmerising dance is made possible via a system of two rotating discs; the passenger plane travels on the larger, outermost disc to show the hours, while the fighter plane travels via the smaller inner disc to reveal the minutes. As such, the passenger plane always travels slower than its supersonic military counterpart — as is the case in reality.

To achieve longevity within this system, Bell & Ross’s watchmakers had to ensure that each component be fine-tuned to the nearest micron so that friction would never alter the watch’s precision. A slim central hand dramatically sweeps across the entire dial to show the seconds. Interestingly, the hour scale is screen-printed on the inside of the red sapphire crystal instead to protect it from impacts and abrasions.

The Bell & Ross BR 03-92 Red Radar Ceramic will be the third to join the Radar family, in addition to being a part of the hallowed Flight Instruments collection. Instead of a stainless steel case that the BR 01-92 version sported, this Red Radar is crafted from high-tech ceramic that’s scratch-resistant and more robust, and adopts a smaller and more wearable 42mm case instead of the previous 46mm.

The 999-piece limited edition is available for pre-order here.

Style Bell & Ross limited edition timepieces new watches 2021
You might also like ...
Style
How Bell & Ross revolutionised the dive watch for two decades and beyond
Style
Bell & Ross refreshes the iconic BR03-92 Diver with two new colourways
Style
New-ins from Jaeger-LeCoultre, Longines and more watch updates this May 2021
Style
Celebrate 10 years of Mr Porter with a limited edition IWC Pilot’s Watch Chronograph
Lifestyle Asia
Here's where you can read the latest news and stories from Lifestyle Asia and our sister titles PrestigeOnline and Augustman, curated from all of our editions in Hong Kong, Singapore, Kuala Lumpur, Bangkok and India.
Luxury
Sign up for our newsletters to have the latest stories delivered straight to your inbox every week.