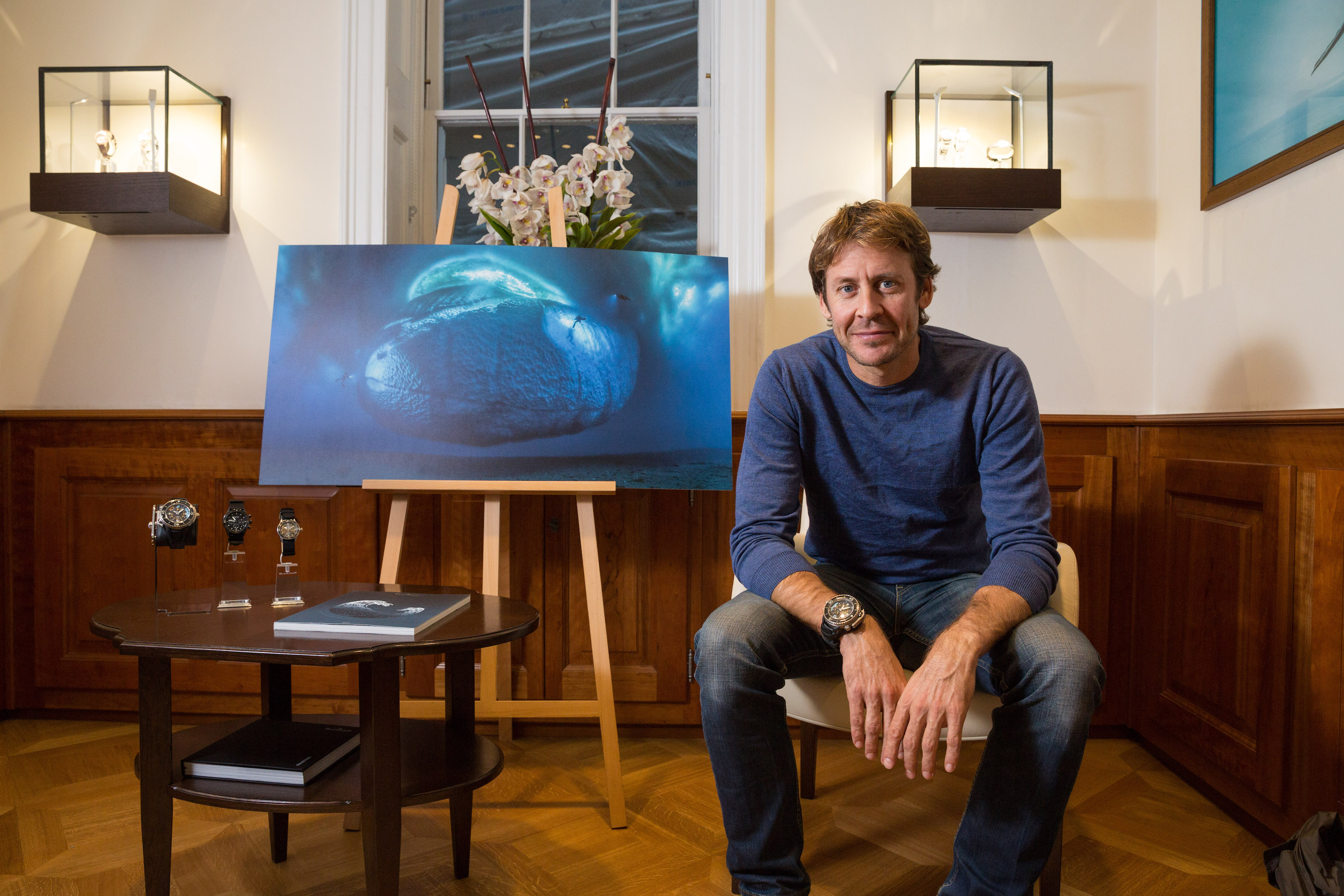 Later this June, Blancpain will celebrate their five year partnership with Laurent Ballesta — French marine scientist and photographer — through an exhaustive exhibition of the latter’s award-winning photographs in Central. Since 2013, Ballesta has been a leading figure in Blancpain’s Ocean Commitment (BOC) — an ambitious initiative under which the eponymous watchmaker has sponsored 11 scientific projects relating to oceanic exploration, underwater photography and marine protection.

Ballesta — widely hailed as the 21st century’s answer to Jacques Cousteau — took home the coveted title of “Wildlife Photographer of the Year (Earth’s Environments)” for his entry in the Natural History Museum’s 2018 competition. One of the world’s preeminent natural photography competitions, entrants were judged on a variety of complex spectra including: how accurately they captured the natural world; respectfulness of their portrayal of animals; and use (ideally minimal) of digital manipulation. Ballesta was previously recognised for his contributions in the highly competitive field of nature photography by the Historical Diving Society Hans Hess in 2013. Titled “hidden face of the iceberg”, Ballesta’s award-winning entry surmounts an incredibly difficult challenge — capturing the vast underbelly of an iceberg that remains hidden underwater. “There are plenty of fakes on the web, along with computer-generated images,” he says. “[But] no one has ever been able to view a whole iceberg at once, much less take a picture of one.” Even the act of achieving workable photography conditions proved to be challenging. With his crew of Blancpain divers in tow, Ballesta initiated a 21-day search in order to identify a suitably photogenic subject. Eventually, their efforts — frequently requiring the team to dive to depths of 200m above the Antarctic seabed — yielded a uniquely spherical iceberg, capable of being photographed underwater in its entirety. Even then, Ballesta was forced to contend with low visibility and his subject’s eye-popping field of view. At times essentially shooting blind, his team established a massive grid over the seabed — mapping the iceberg’s location with luminescent surface markers. Although the technical process proved incredibly difficult, Ballesta says that it quickly became apparent that his team had captured something very special. “Under the water, none of us were able to see the entire iceberg. Nonetheless, when it finally appeared on the screen in its entirety for the very first time, it was like a much dreamed of vision — transformed into reality.” 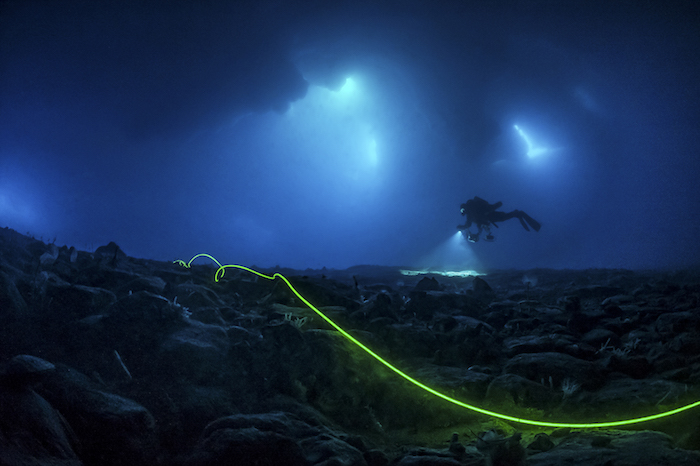 Ballesta was able to create the “hidden face of the iceberg” during a sailing to Antarctica as part of the Gombessa III expedition: an ongoing project intended to advance the public’s understanding of inaccessible and largely unknown underwater ecosystems. This was made possible, in large part, thanks to the support of Blancpain’s Ocean Commitment. Blancpain has always been at the forefront of championing diving watches and promoting the vast and mysterious universe which is at the heart of that business. Although the BOC initiative (under which Ballesta’s expedition nominally falls) was only commenced in 2014, Blancpain has maintained links to oceanic pursuits for well over 65 years — commencing with the creation of its iconic Fifty Fathoms model. In addition to photographs taken on the Gombessa III expedition, a curated selection of historical works sponsored by Blancpain will be shown at this month’s exhibition. This includes images captured in association with the South African Institute for Aquatic Biodiversity (SAIAB); and imagery captured in collaboration with March of The Penguins filmmaker Luc Jacquet. The Blancpain pop-up exhibition will be open to the public from 28 June–6 July 2018. Visitors can pre-register at the exhibition’s official website to enjoy a complimentary gift upon arrival.