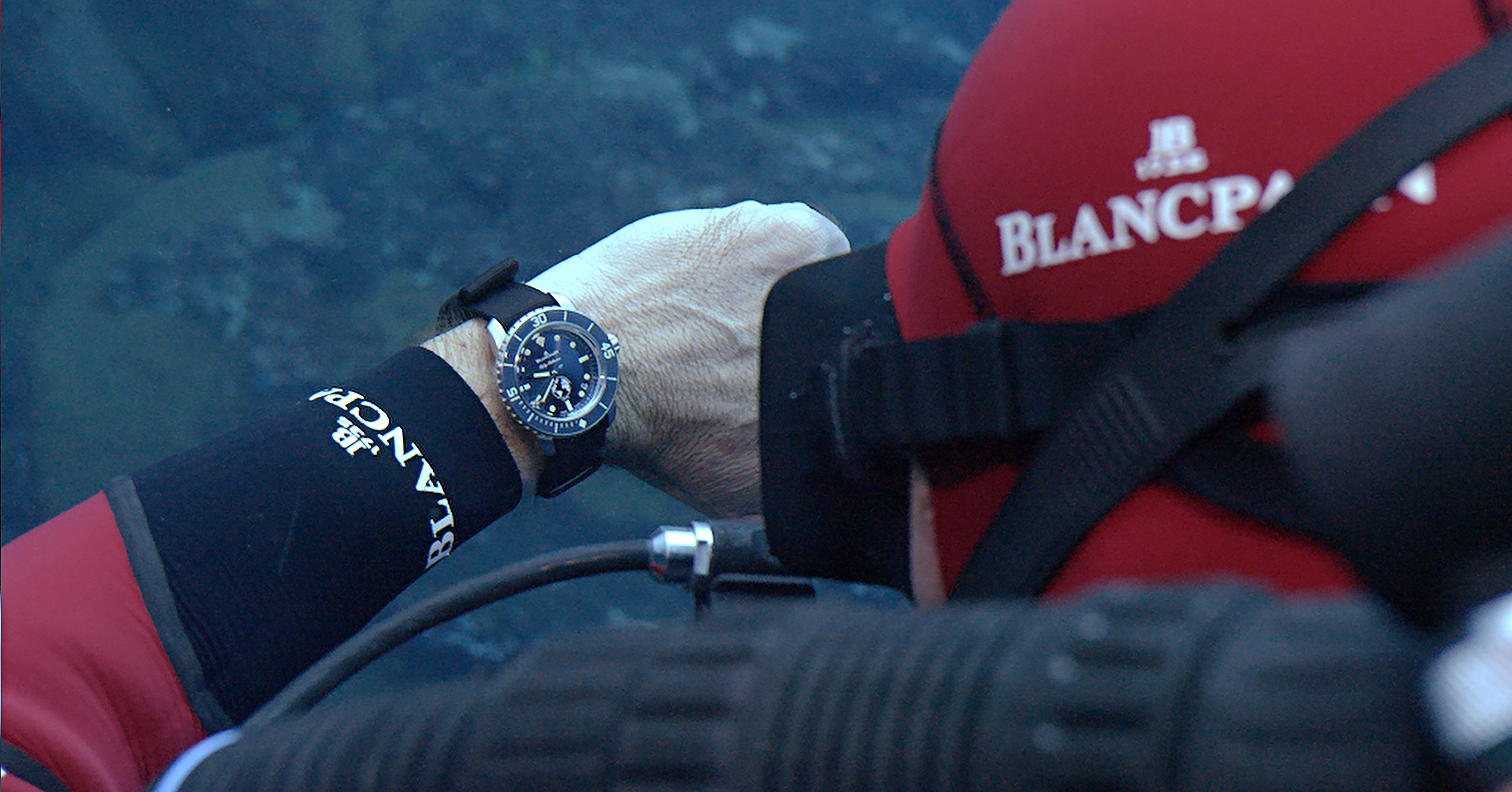 Over the last four years, Blancpain has released various limited edition watches to raise awareness for the Blancpain Ocean Commitment program. The latest entry in this philanthropic canon is the Blancpain Ocean Commitment III: a diving watch which proclaims the brand’s dedication to oceanic preservation whilst nodding to its rich design heritage. The limited edition release is part of a wider awareness raising strategy embarked upon by the brand that includes, among other things, an entire pop-up exhibition (to be held later this month).

Based on the classic Fifty Fathoms model — which celebrates its 65th anniversary this year — production of the Blancpain Ocean Commitment III is strictly limited. A total of 250 pieces were released on World Oceans Day (8 June), with €1,000 euros from each unit sold going towards marine protection and exploration projects. Charitable intentions aside, the watch itself nails a lot of the details; and — unlike its predecessor — more faithfully recreates the aesthetic of the original Fifty Fathoms.

By contemporary standards, the limited edition is a rather restrained design. Case diameter measures a versatile 40mm — widely considered the “sweet spot” for diving watches — while the dial is executed in thematically on-message white & blue. Decorated with a faint sunburst effect, the blue pairs effectively with the watch’s (painted) off-white markers — ensuring legibility under diving conditions. Naturally — this being a tool watch and all — the bezel is unidirectional, manufactured from hardened sapphire crystal instead of the ceramic more typical of “office divers”. The sole complication on show here is a date window: wedged (in signature Blancpain style) between the 4 and 5 o’clock positions. That placement — consistent with date windows on the Tribute and Bathyscaphe models — continues to be divisive; but is accompanied, in the instant case, by an “Ocean Commitment” logo. Applied using a stencil, the logo depicts continents around the world in which the titular Blancpain initiative is taking place.

The Blancpain Ocean Commitment III’s aesthetic may err on the functional side but rest assured — the technical details are pure haute horologie. The watch utilises calibre 1151: an ultra-slim movement with a 100 hour power reserve. The 1151 incorporates both decorative and performance based innovations such as a silicon hairspring (resistent to magnetic fields), gold rotor (inscribed with the “Ocean Commitment” insignia) and Côtes de Genève engraving. Par for the course, the Blancpain design team have also paired this movement with an exhibition caseback, so wearers can admire it at a glance.

Given the recurring importance of Blancpain Ocean Commitment, the brand has also timed the release of its newest watch to coincide with a themed pop-up later this month. Conveniently situated in Central, this exhibition features a selection of both new and vintage watches in addition to various photographic works aimed at teasing out the relationship between Blancpain and underwater pursuits.

The pop-up’s star attraction is the body of work from Laurent Ballesta — a marine scientist who (in 2017) won the Natural History Museum’s coveted “Wildlife Photographer of the Year” prize. Numerous images — including this jaw dropping multi-cam setup featured on National Geographic — were commissioned through the Gombessa project (which itself obtained funding through Blancpain Ocean Commitment). Ballesta is also joined by award winning Hong Kong photographer Alan Lo, who will be on hand to discuss a variety of works themed around diving.

The Blancpain Ocean Commitment Exhibition will be held from 28 June to 6 July 2018. To register, visit the pop-up’s official website.

Watches Horology The Ocean Blancpain Diving Watches fifty fathoms Blancpain Ocean Commitment Natural History Museum Laurent Ballesta
Randy Lai
Editor
Having worked in the Australian digital media landscape for over 5 years, Randy has extensive experience in men's specialist categories such as classic clothing, watches and spirits. He is partial to mid-century chronographs and a nice chianti.
Style Watches Drinks Tailoring Travel
Sign up for our newsletters to have the latest stories delivered straight to your inbox every week.