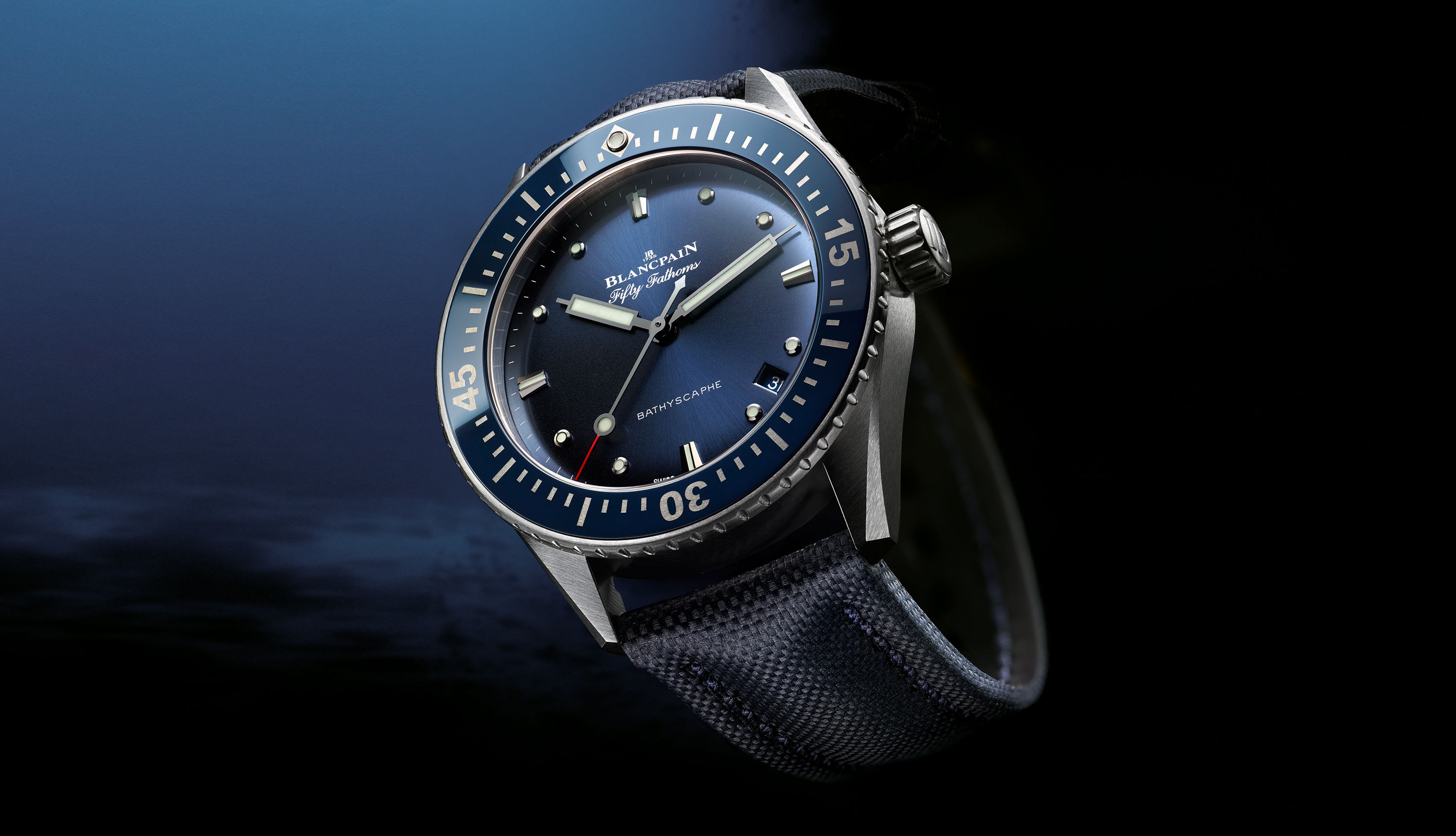 Blancpain’s Fifty Fathoms is the absolute pioneer in diving watches

If asked to name the most iconic diver’s watch in history, many would instinctively think of the Rolex Submariner, Omega Seamaster or even the Panerai Radiomir. While these are all heavy hitters in the history of underwater timekeeping, it’s the Blancpain Fifty Fathoms that is favoured by hard-core divers around the world, and is regarded as the original diving watch.

Though the commercial release of Fifty Fathoms didn’t happen til 1953 — the year that also saw the famous debut of the Rolex Submariner — Swiss brand Blancpain had actually launched a series of innovative versions for the line a year before. The concept was brought to life when Captain Robert Maloubier and Lieutenant Claude Riffaud, commanders of the French Combat Diving School, needed an indispensable underwater timepiece for their aquatic operations. Following a long and fruitless search near and far, they entrusted the project to then-CEO of Blancpain, Jean-Jacques Fiechter, who at the time was making his own breakthroughs in creating what would become the very first automatic dive watch in the world.

As a sport diving pioneer, Fiechter understood the importance of having a reliable, robust timepiece for deep-sea adventures, and therefore invented a number of patented design elements that truly accommodated the needs of professional divers for the first time. These inventions included a double-sealed crown for water resistance, a sealing system for the caseback to protect the movement from residual magnetism and, most importantly, the world’s first uni-directional rotating bezel, which features a locking mechanism to ensure an accurate measure of the duration of a specific dive. To maximise readability even in the cloudiest waters, he also opted for a case with a large diameter, as well as white luminescent indices and hands for a bold visual contrast. A circular water-tightness indicator was later added, following the Fifty Fathoms’ debut, which works to detect and indicate moisture inside the watch case.

Fast-forward to today, and Blancpain continues to honour its iconic Fifty Fathoms by expanding the range with new and improved technologies and, at the same time, maintaining its core DNA. The latest versions include the two Fifty Fathoms Bathyscaphe, presented at Baselworld 2016 and 2017, which are highlighted by a beautiful sunburst-blue dial that recalls the depths of the ocean.

Honouring its rich history and origins, both pieces feature a variety of key characteristics that give nods to the historical Fifty Fathoms timepieces. The 2016 version is a re-interpretation of the three-hand model of the Fifty Fathoms Bathyscaphe, and features a 43-mm-diameter case; the 2017 edition is a 38mm edition of the vintage-inspired piece first presented in 2013. Both watches are water-resistant up to 300 metres, and just like any professional diving watch, they are equipped with a unidirectional bezel, which can be rotated with defined clicks in a counter-clockwise direction.

The 2016 edition features a bezel made of special plasma-gray ceramic, which comes in a subtle hint of metallic shading due to a unique production method, while the 2017 version features a bezel made from steel. They are also both outfitted with a blue ceramic insert with hour markers made of LiquidMetal, as well as a luminous dot index at 12 o’clock that directly mirrors the original Fifty Fathoms. The central hours and minute hands also echo the look of the vintage versions. Modern additions, meanwhile, include a small date window that appears at 4:30, along with a red-tipped central seconds hand, which serves as an indicator during dives that the watch is running.

The 2016 Fifty Fathoms Bathyscaphe is equipped with Blancpain’s self-winding Calibre 1315, which is famous for its sturdiness and its exceptional chronometric performance. Its three series-coupled mainspring barrels, on the other hand, ensure a generous five-day power reserve and, at the same time, guarantee a constant supply of energy. The 2017 version, on the other hand, is powered by Calibre 1150, distinguished by its robustness and its chronometric performance. It is equipped with two series-coupled barrels that ensure a 100-hour power reserve and, just like the previous version, guarantee constant energy. An interesting note is that the balance-spring is made from silicon, an innovative material within the watch industry that offers various advantages — from strong shock-resistance to imperviousness to magnetic fields — especially given its particularly light weight and low density.