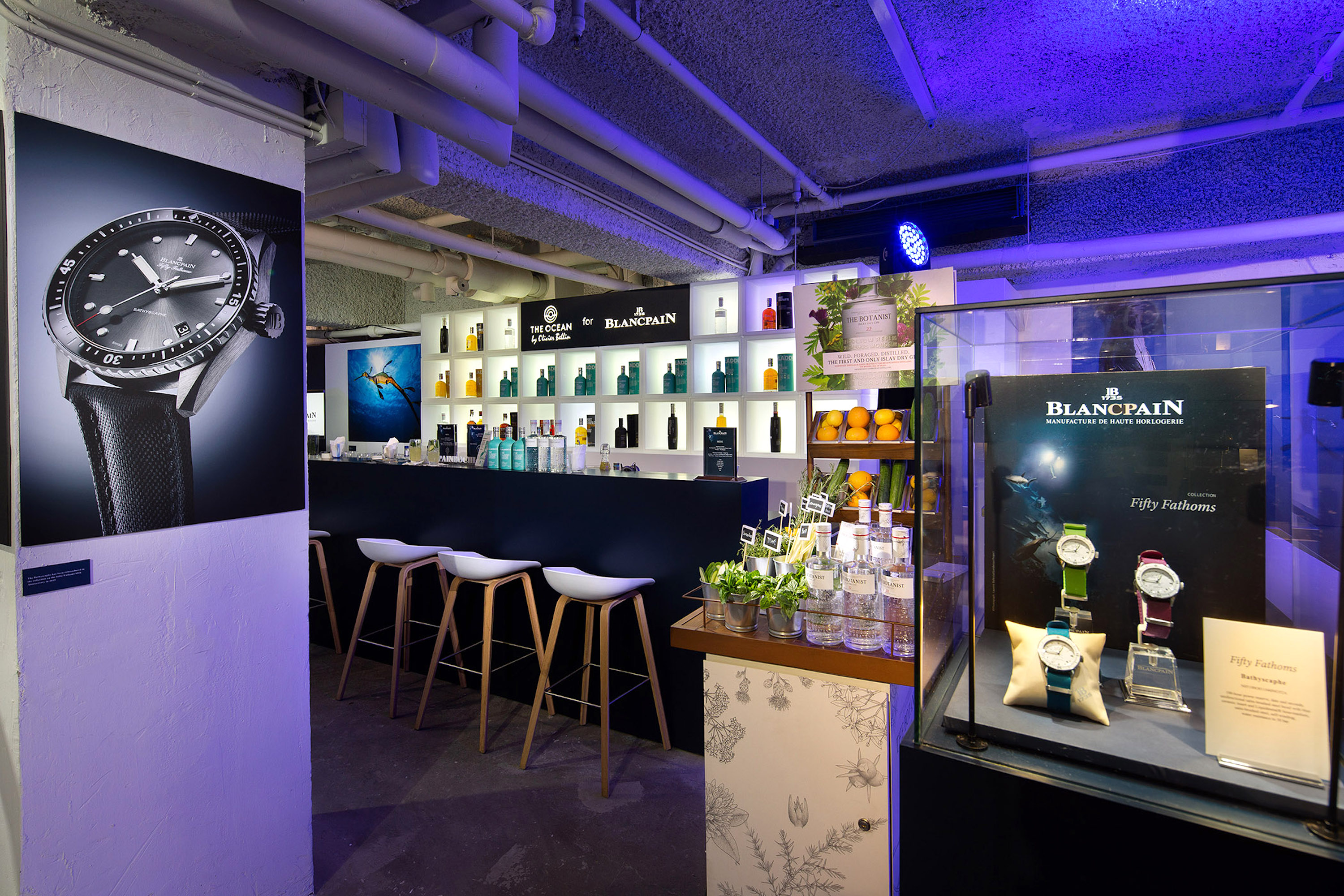 Given that 2018 marks the 65th year that the Fifty Fathoms design has been in production, guests were able to peruse dozens of iterations of this classic diving watch, ranging from vintage exemplars (1953) to current novelties (2018).

The exhibit culminated in a preview of the new BOC III Fifty Fathoms — a limited edition diving watch made to commemorate Blancpain’s ongoing commitment to environmental protection. Attendees also enjoyed live demonstrations from in-house watchmakers, who showcased the craft that goes into each Fifty Fathoms model’s case and bezel.

A number of senior Blancpain personnel were also in attendance, with Mr. Marc Junod (VP, Head of Sales) on-hand to reiterate the unshakeable connection between the manufacture and marine protection. Blancpain’s ongoing commitment to environmental responsibility was most evident in the evening’s other big attraction: an exhibition consisting of photos from Laurent Ballesta and Dietmar Fuchs. Ballesta, a distinguished underwater photographer, won “Wildlife Photographer of the Year” last year in the London Natural History Museum’s annual environmental photography challenge. Conversely, Fuchs is a dive media professional well known for editing the Edition Fifty Fathoms: a coffee table tome that collates photographs taken from various BOC projects around the globe.

Vintage diving watches and environmental photography aside, guests enjoyed a selection of canapés from Michelin-starred chef Olivier Bellin in addition to creative cocktails made with whisky from the Bruichladdich distillery. Apropos of the evening’s marine theme, food and beverages tended towards fresh and salty flavours, with visuals meant to evoke the colours of the Loch Indaal shoreline.