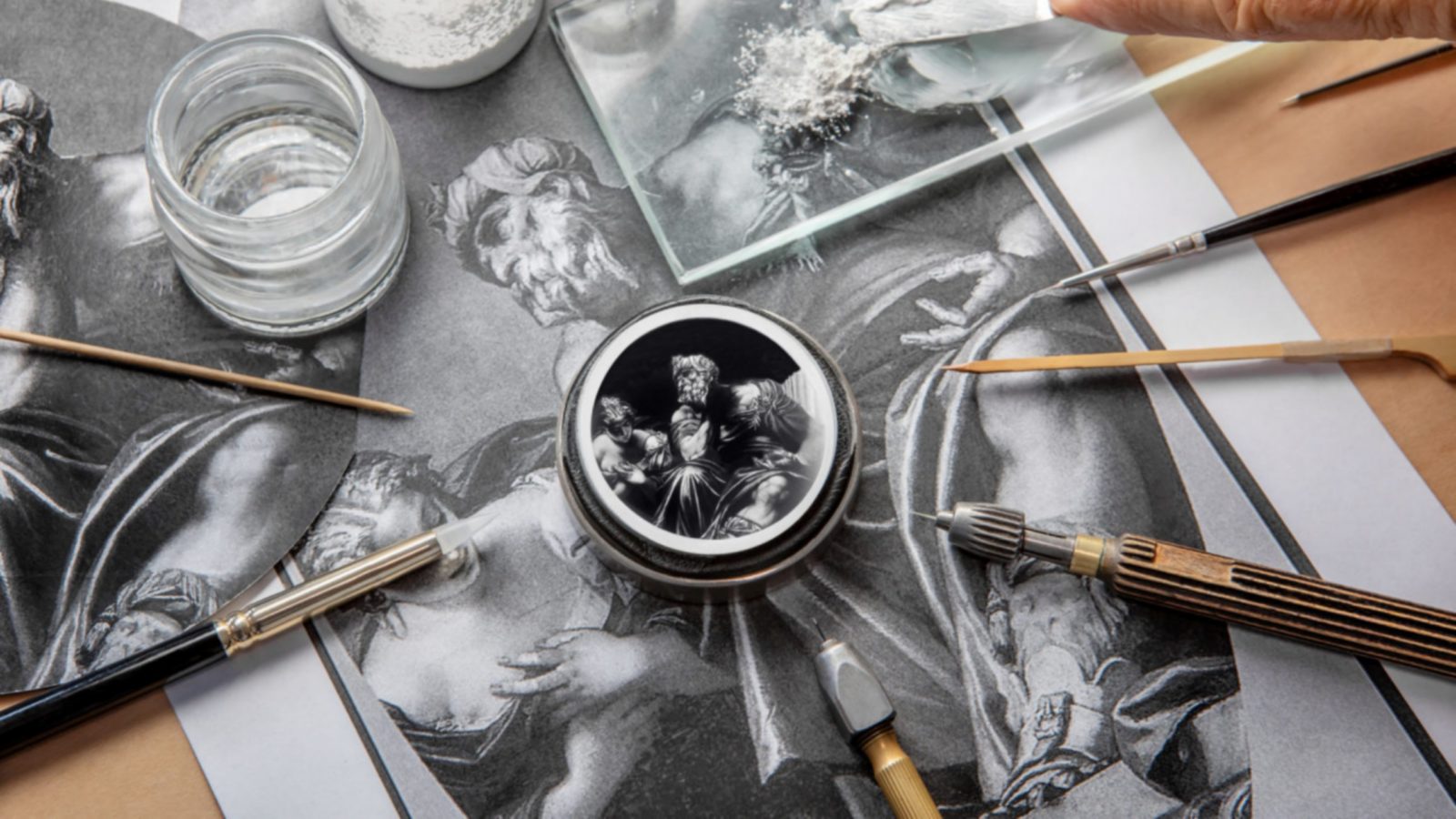 For any art collector, owning the most famous paintings by names such as Edgar Degas, Leonardo da Vinci or Marc Chagall could only be a dream.

Thankfully, there’s a way of bringing one of these masterpieces home without having to rob the world’s most famous gallery. While you won’t be able to hang it on the wall of your undoubtedly humidity-controlled room, you can take it around with you, anywhere you go.

Thanks to Christie’s ‘Bid for the Louvre’ auction (which also saw Virgil Abloh create a one-off 2.8 Jitney handbag), the winning bidder will be able to have the art reproduced — in miniature enamel or grisaille enamel — on the dial of a bespoke Les Cabinotiers by Vacheron Constantin. The auction is accepting bids from now till 15 December, and will see its proceeds support social and educational projects at the Musée du Louvre

If you were already calling dibs on the Mona Lisa though, tough luck, because it’s the only work from its hallowed halls which cannot be reproduced.

It’s only right that a watch of this calibre and craftsmanship should come with certificates. In this case its owner will be the guardian of two: One from the Louvre to certify the authenticity of the artwork and the other from the watchmaker itself.

This exclusive experience doesn’t end after the hammer hits the block either. The winning bidder will be invited to a private tour of Vacheron Constantin’s manufacture in Geneva, where they’ll not only meet with the production team but also ponder on the other elements of their customised watch, such as the strap colour and material, case material (either white gold, pink gold or platinum), and engravings — should they wish to immortalise this experience as theirs and only theirs forever.

The watch will still run on the in-house calibre 2460 SC, an extremely reliable self-winding movement that served as a benchmark for developing several other calibres.

”Putting up for auction a Les Cabinotiers timepiece based on a masterpiece, a one-of-a-kind model personalised in accordance with the acquirer’s wishes, symbolises the identity of our Maison and its mission to promote the sharing of culture and emotions,” said Louis Ferla, Vacheron Constantin’s CEO.

“Our ongoing commitment to art and the transmission of savoir-faire, which has been expressed alongside the Louvre since the announcement of our partnership a year ago, takes on even greater significance within a global context that is troubled and challenging in more ways than one.”

Discover the ‘Bid for the Louvre’ auction at Christie’s online.

Watch Charity Louvre louvre museum vacheron constantin watch
You might also like ...
Style
New watch alert: The Vacheron Constantin Traditionelle Tourbillon Qilin is reserved for a lucky few
Culture
10 must-see art exhibitions in Hong Kong in December 2020
Lifestyle Asia
Here's where you can read the latest news and stories from Lifestyle Asia and our sister titles PrestigeOnline and Augustman, curated from all of our editions in Hong Kong, Singapore, Kuala Lumpur, Bangkok and India.
Luxury